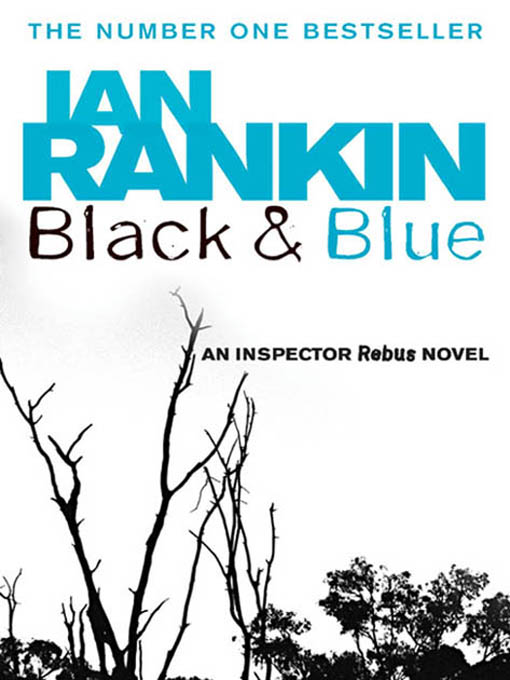 ‘As always, Rankin proves himself the master of his own milieu. He brings the dark underside of Edinburgh deliciously to life … Rankin’s skill lies mainly in the confident way he weaves the disparate threads into a cohesive whole’

‘Rankin has followed one success with another … What is striking is the way Rankin uses his laconic prose as a literary paint stripper, scouring away pretensions to reveal the unwholesome reality beneath’

‘Ian Rankin is currently the biggest noise in British crime fiction, with sales of his books accounting for just over ten per cent of the UK market. And, for once, the hype and the big sales are backed up with literary talent’

‘His fiction buzzes with energy … Essentially, he is a romantic storyteller in the tradition of Robert Louis Stevenson … His prose is as vivid and and terse as the next man’s yet its flexibility and rhythm give it a potential for lyrical expression which is distinctively Rankin’s own’

‘Rankin … moves dialogue with the precision of a chess-master’

‘Ian Rankin is widely, and rightly, regarded as the leading male crime writer in Britain’

‘No other writer in his chosen genre is producing books as rich and comprehensive as this: Dickensian, you might say’

‘It’s the banter and energy, the immense carnival of scenes and characters, voices and moods, that sets Rankin apart. His stories are like a transmission forever in the red zone, at the edge of burnout. This is crime fiction at its best: the narrative stuffed beyond good measure with a world that needs knowing’

Born in the Kingdom of Fife in 1960, Ian Rankin graduated from the University of Edinburgh in 1982, and then spent three years writing novels when he was supposed to be working towards a PhD in Scottish Literature. His first Rebus novel,
Knots and Crosses
, was published in 1987, and the Rebus books are now translated into over thirty languages and are bestsellers worldwide.

Ian Rankin has been elected a Hawthornden Fellow, and is also a past winner of the Chandler-Fulbright Award. He is the recipient of four Crime Writers’ Association Dagger Awards including the prestigious Diamond Dagger in 2005 and in 2009 was inducted into the CWA Hall of Fame. In 2004, Ian won America’s celebrated Edgar award for
Resurrection Men
. He has also been shortlisted for the Anthony Awards in the USA, and won Denmark’s
Palle Rosenkrantz
Prize, the French
Grand Prix du Roman Noir
and the
Deutscher Krimipreis
. Ian Rankin is also the recipient of honorary degrees from the universities of Abertay, St Andrews, Edinburgh, Hull and the Open University.

A contributor to BBC2’s
Newsnight Review
, he also presented his own TV series,
Ian Rankin’s Evil Thoughts
. He has received the OBE for services to literature, opting to receive the prize in his home city of Edinburgh. He has also recently been appointed to the rank of Deputy Lieutenant of Edinburgh, where he lives with his partner and two sons. Visit his website at
www.ianrankin.net
.

The Panic of Dreams

O would, ere I had seen the day

That treason thus could sell us,

My auld grey head had lien in clay,

But pith and power, till my last hour,

Such a parcel of rogues in a nation.

Robert Burns,
‘Fareweel to a’ Our Scottish Fame’

If you have the Stones … to say I can rewrite history to my own specifications, you can get away with it.

James Ellroy
(Capitalisation the author’s own)

Late December 1996. After six years in France, I was back living in Edinburgh, renting a house. Problem was, the owners, who lived most of the year in London, needed it for Christmas. As a result, we were temporarily homeless. We’d spent Christmas itself with my wife’s family in Belfast, and were spending New Year with friends in Cambridge. An aunt in Bradford could put us up for a few days, as could my nephew in Lincolnshire. After Bradford, we dropped in on friends near York. It was while resting at their house that I read in
The Times
a teaser for a book review. It went something along the lines of ‘the best crime novel of 1997 has already been written – discover its identity next week’. My latest book was due for publication towards the end of January, so I kept my fingers crossed and bought
The Times
on the appointed day.

The reviewer was Marcel Berlins; sure enough, the novel he had flagged up was
Black & Blue
.

He wasn’t wrong, either – when November came round, my eighth Inspector Rebus adventure picked up the Gold Dagger Award for the best crime novel published in 1997. It went on to be shortlisted for the American equivalent, the Edgar (named after Edgar Allan Poe – I lost out to James Lee Burke), and also won Denmark’s Palle Rosenkrantz Prize. Eventually it would end up on the school syllabus in Scotland, and a lecturer at St Andrews University would publish a book-length critique of its themes.

So what the hell is it that made
Black & Blue
so different from my previous efforts?

Well, for one thing, the book looked different. My publishers, Orion, had found a spooky photo of some trees, and had added a new, bold typeface to the cover, making
Black & Blue
look
more
than a crime novel. They were also prepared to put some muscle into promoting the book, with posters and advertisements. But more than this, to my mind the book was simply bigger and better than my previous work: I felt I’d served my apprenticeship. It was as if all the previous Rebus novels had been leading to this. I would no longer confine my detective to Edinburgh and its environs. He would visit Glasgow, Aberdeen, Shetland – even an oil installation hundreds of miles out in the unforgiving North Sea. Oil would be a theme of the book, allowing me to examine Scotland’s industrial decline and reshaping. Difficult to discuss oil without bringing politics into the equation, so the book would be political too. And Rebus would swell in stature. I would put his reputation, career and life on the line. I’d have intertwined narratives, with various sub-plots dodging in and out of the main story.