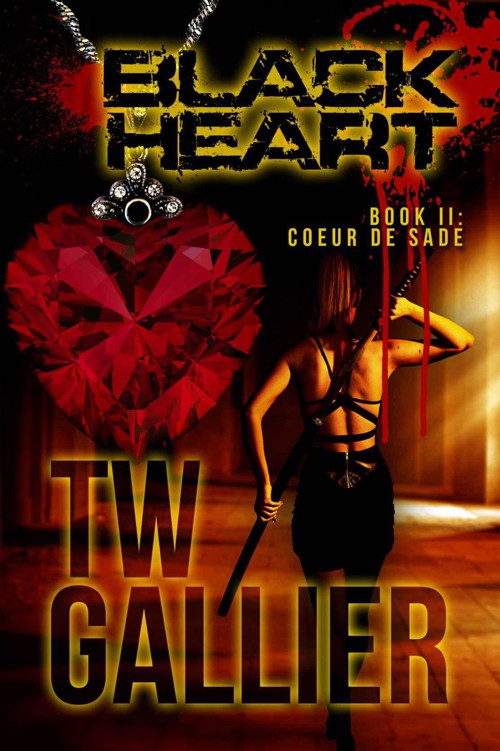 This ebook is licensed for your personal enjoyment only. This ebook may not be re-sold or given away to other people. If you would like to share this book with another person, please purchase an additional copy for each recipient. If you’re reading this book and did not purchase it, or it was not purchased for your use only, then please return to Smashwords.com and purchase our own copy. Thank you for respecting the hard work of this author.

This is a work of fiction.  The names, characters, and locations within are either the product of the author's imagination or are used fictitiously.  Any resemblance to actual persons, living or dead, business establishments, or locales is entirely coincidental.

My memorial service was at high noon.  I'm sure it was scheduled to ensure I did not attend.  How rude is that?

I paused in contemplating my personal issues, eyes narrowing as I spotted a possible threat.  A vampire was trailing a pair of pretty young things.  The two brunettes were dressed to impress in their dance club outfits, and blissfully unaware of the danger.  The vampire behind them was tall, dark-haired, and gaunt.  Kinda creepy, especially for a vampire.

"Ah, false alarm," I said as he turned into a small hole in the wall café, that I just happen to know catered to vampires.  They sold cow blood to hungry vamps.

I only hunted rogue vampires.  Vampires that fed on humans against their will.  Any human that would willing offer up his neck to a Godforsaken vampire was an idiot, and playing with fire.  Hellfire, to be exact.

The Dallas, Texas club district called Deep Ellum was full of mortals eager to give blood.  They were called fang whores by vampires and mortals alike.

Glancing westward, I saw the big ball in the sky — Reunion Tower.  It was attached to the Hyatt Regency hotel, and my parents were over there in the convention center for a some kind of seventy-two hour Methodist minister pray-a-thon event.  I hadn't been that close to my parents in over a week, just a few miles separated us.

I didn't think they would appreciate their undead daughter showing up at their little get-together.  Which kinda made me want to go over and find them.

"It would've been so cool to speak at my own memorial," I said, my mind immediately returning to that ultimate insult.  As it had all night.  "The undead get no respect."

I smiled at my joke.  I really amuse myself; others, not so much.  I think the world lost its sense of humor when I died.

My family couldn't have a funeral, since I wasn't corpse in a box dead.  You kinda have to have a body to bury, you know.  My family needed that body anyway.  They're traditionalist.

On top of that, I think my family was doubly insulted and embarrassed that I was Changed into a vampire, since my father was a Methodist pastor and my mother was rabidly devout. Because of media coverage, everyone knew my fate.  I'd like to think my friends would still attend my memorial, despite me being a vampire.

I noticed a young man eyeing me.  He liked what he saw, too.  I wasn't entirely "vamped out," but I wasn't dressed for church, either.  I wore a short, pink leather jacket over a red tank top with "Zombies Stink" in white, faded jeans, and black thigh boots.  Though it was the first week in October, it was still too hot for such an outfit.  Unless you were undead.

I think he figured it out.

"Hi," the young man said.  He was tall and pretty.  Not pretty in a good way.  Almost feminine pretty.  I like my men a bit courser, more rugged looking.  "I'm Ricky."

"You're very beautiful," Ricky said.  I raised a haughty brow, wanting him to get to the point.  Of course, I knew what he wanted.  I could smell his excitement.  "Would you like to go somewhere for a bite to eat?"

See?  'Bite to eat' was code for bloodsucking.  I heard it a dozen times in the hour I had been in Deep Ellum that night.  It was a quarter past eight.

"I've already fed," I said.  I thought about telling him I didn't feed on mortals.  He wouldn't believe me.  Fang whores never did.  "Twenty minutes ago, so no thank you."  When he hesitated, I gave him a shooing motion, "Bye-bye."

My cell phone rang.  I immediately forgot about him, as I started digging through my purse.  How did it get so full in just a couple of weeks?  I found it on the fifth ring, just before it went to voice mail.  I didn't recognize the number displayed, but answered anyway.

"Huh?  Yeah, good evening," he said, sounding stressed.  "Sable, we have a situation."

"Of course," he said.  "I wouldn't bother you for...nevermind.  We have a pair of rogue vampires in North Park Mall."

"Not that easy," he said, not sounding like a happy camper.  He rarely was when we spoke to me.  "We know they are in there, but we don't know what they look like."

What?  How was that possible?  The police weren't that incompetent, were they?

"Well, they aren't from Dallas, and it is suspected they altered their appearance," he said.  "But their car is known, and it was found in the parking lot at North Park.  The engine is still hot, so they haven't been inside long."

Malls weren't the normal hunting ground for vampires.  I suspect they were there to shop.  Vampires need clothes, too.  But vampires were rather opportunistic.

"So are there any other rogue vampires in Dallas that you're not telling me about?"

The police only called me as a last resort.  As a rule, they hate vampires even more than the general population.  I also had a tendency to leave a lot of collateral damage, something they hated even more.

"That's not the issue here," Longhouse said.  "We've been following these two from El Paso, courtesy of the string of murders they left behind.  The victims were mostly teenage lovers they caught...and...you know."

I grimaced.  I knew.  Nothing else need be said.  Rape.  Torture.  Murder.  Rogue vampires.  I hated them.

"So, I guess this means you want me to go in and find them," I said.  It wasn't a question.  No other reason to call me.

"Are you there now?"

"You guarantee my safety?"

"Will the other cops there leave me alone?  Or will they try to arrest or kill me?" I said.  "I'm a vampire.  And last I heard there were warrants out for my arrest about that whole Clive and Yuri staking earlier this week."

Had it really been less than a week since I killed the vampire that Changed me?  Three days, to be exact.  It seemed like an eternity.

"All charges were dropped," he said.

You'd think they would've told me something that important.  At least a press release so I'd catch it on the news.

"From the police," Longhouse said, becoming even more stressed by my questions.  "Please, Sable.  We have to hurry."

Yeah, I saw that.  If they didn't know what the vamps looked like, then they could just walk out and get away.

Ending the call, I hurried back to my newest ride.  A sweet new street bike.  A Kawasaki Ninja ZX-14.  A 1352cc road rocket extraordinaire.  It was all black, with just a little chrome.  I wanted to be able to hide it at night.

In no time I was flying down Central Expressway, heading north.  North Park Mall was at Central and Northwest Highway.  It was an older, upscale mall.  I loved it.

My bad-ass Ninja got me there far quicker than ten minutes.  But I couldn't just ride into the mall sweet as can be.  The police would ID my bike.  I don't care what Longhouse said, that info would go into their computer.  They'd be on the lookout for me.

Parking off property, I hurried over.  I saw police patrolling the parking lot, but not Sergeant Longhouse.  Didn't matter.  I strode into the mall as I called him back.

I entered through the entrance between Neiman Marcus and Tiffany & Company.  My passing rated a curious look from the valet parking boys.  Neiman Marcus was to my left, with Nordstrom way down at the other end of that corridor, but I really wanted to pop into Tiffany's.  I was on the bottom floor.

"Good," I said.  Right away I spotted a pair of vampires down the corridor to my right, outside the Giorgio Armani store.  Man and woman.  African-Americans.  Attractive couple.  They wore simple, middle class casual wear — Dockers and a button down shirt for him, and a flowery blue halter dress and flats for her.  "Do you have
any
kind of description for the two vamps?  Race, gender, anything will help."

That got both of the African-American vampires' attention.  Vampires had incredible hearing.  They turned to regard me warily.  No fear, just wariness.

"Just that they are young Caucasian men," Longhouse said.  "Both were Changed within the last month, and they were nineteen at the time."

Baby vamps?  Looked like a case of accidental Changes, therefore no Compulsions placed upon them to "be good."  Or maybe the vamp that Changed them wanted them to go on a murderous rampage.  Either way, it would end there.

I hung up before he could say more.  I turned the phone off, and stuffed it back into the inside pocket of my jacket.  I stopped and smiled upon reaching the vampire couple.  They didn't return my smile.

"Hi.  Sorry about that," I said, and shrugged apologetically.  "I'm looking for a pair of rogues.  Young men.  Late teens."

"You're Black Heart," he said, and the other's eyes widened.  I guess she hadn't figured it out yet.  The stench of fear filled the air.  "We haven't hurt anyone."

He kinda bristled.  Vampires can be a prickly lot.  The males tend to be worse.  Go figure.  He probably thought I implied that I could kill him if I wanted to, and that was the only reason they were safe.

"Why should we believe you?" she asked.

"Am I trying to kill you?"  They frowned and looked at each other.  I continued in a friendlier tone, "I would leave if I were you.  The mall is surrounded by police."