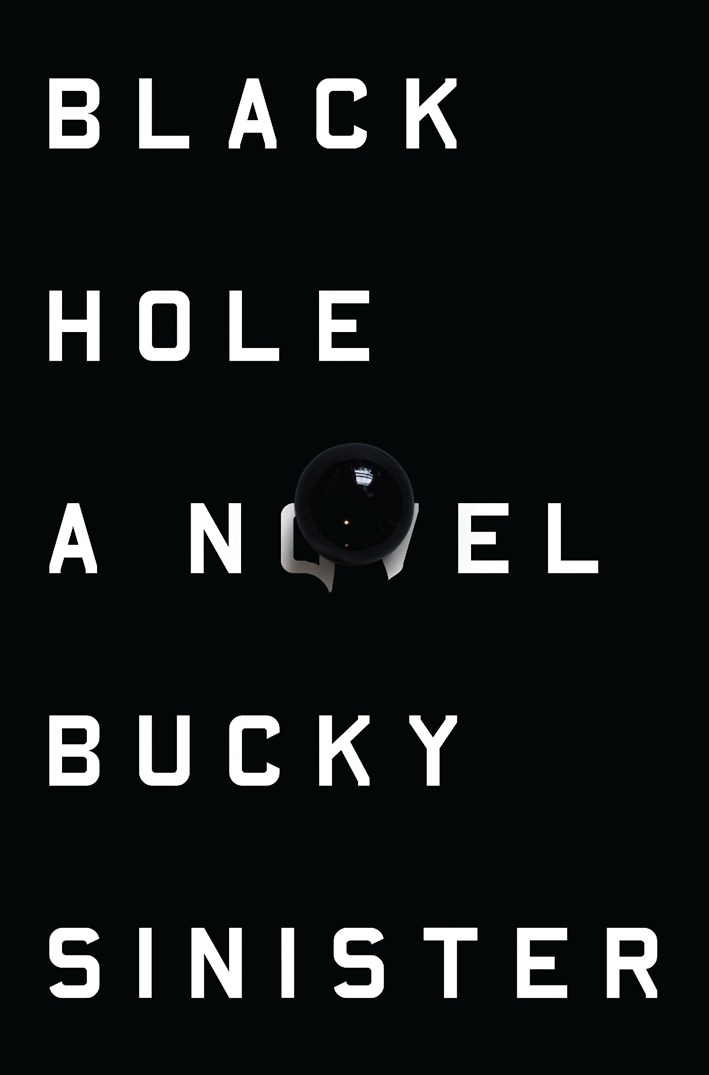 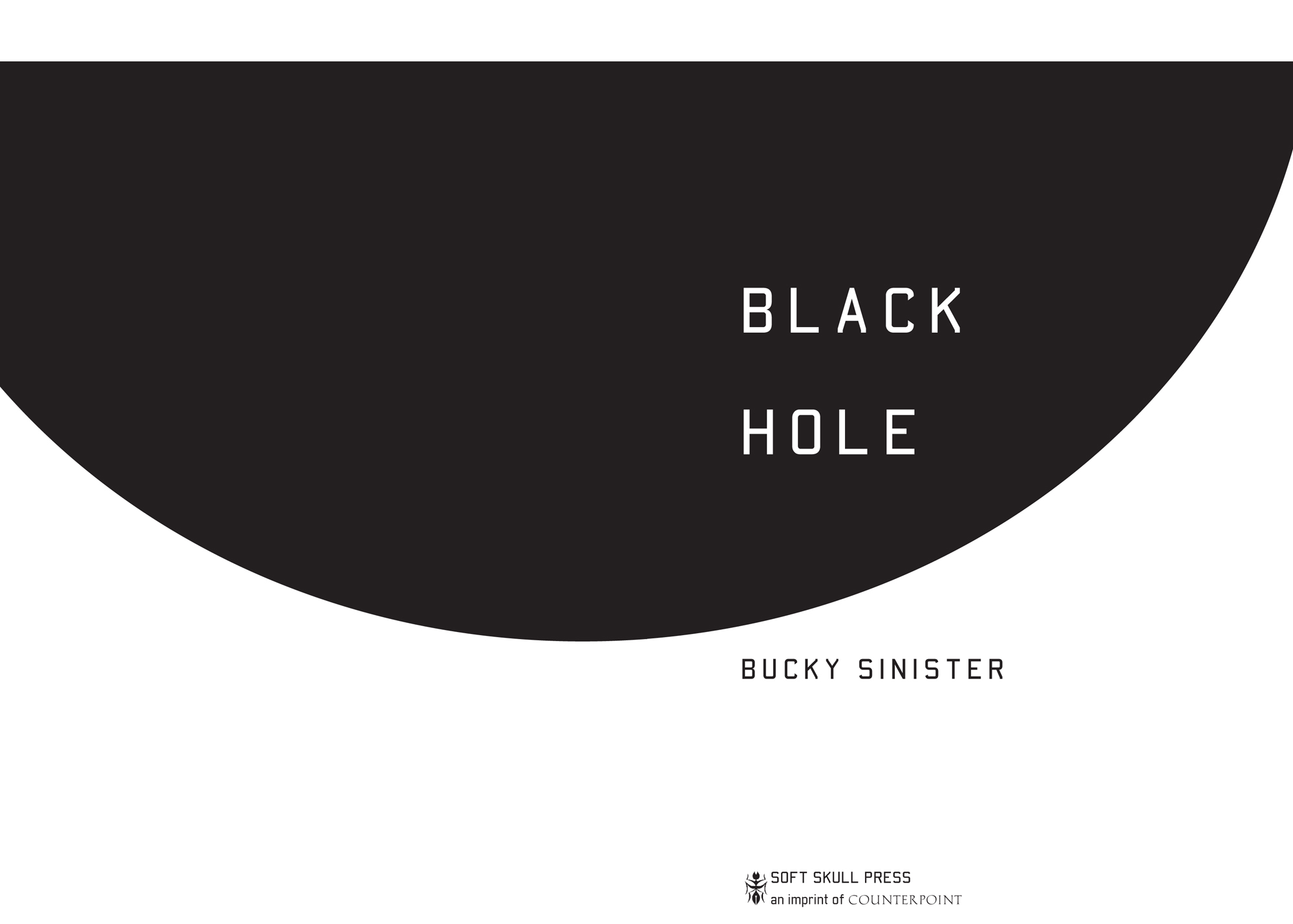 All rights reserved under International and Pan-American Copyright Conventions. No part of this book may be used or reproduced in any manner whatsoever without written permission from the publisher, except in the case of brief quotations embodied in critical articles and reviews.

This book is a work of fiction. Names, characters, places, and incidents either are products of the author's imagination or are used fictitiously. Any resemblance to actual events or locales or persons, living or dead, is entirely coincidental.

An Imprint of COUNTERPOINT

For Alex Morris. I miss you every day.

THE MONSTERS ARE LOOSE ON MISSION STREET

BACK TO THE BUS

THEN ONE DAY
,
you're the creepy old guy with the drugs. That guy. Fuck. I used to talk so much shit about that guy. When did I become him? One day your friends think it's funny that you get fucked up and throw up everywhere, and the next day they're having an intervention for you. Drugs start out as a social event, but in the end, you do drugs alone.

There's something romantic about being young and strung out. Even when you look like shit, you kinda look good, and there are drug buddies your same age and you get high and come down and get high again and you don't know what day it is and you talk about plans and life and you confess all the horrible shit that's happened to you to someone you met at a bar on Friday night and it must be Tuesday, and shit, we're almost out again, do you know anyone who can get us more, do you have any money, cuz I'm broke, I'm broken, I bent myself so badly I can't ever be straight again, I'm a human wire hanger you used to get your car unlocked and here's all the things we should do together because we'd be the best team and we're going to accomplish our hopes and dreams and fuck everyone else, you're the best friend I've ever had and we'll never be alone again.

But then you catch your reflection, and you're the freak in the corner of some party where everyone's half your age. Sure, it's cool that you're there, you brought your own drugs and your shit's so much better than what they usually have, but someone asks you what the '90s were like, and you're telling them about the Pearl Jam Nirvana Red Hot Chili Peppers New Year's show
that you blew off because it was too mainstream, and someone else tells you that was the year they were born, and everyone looks at each other and laughs.

I would love to get off this shit, get off everything, and be some square who goes to work and goes home and does whatever those fucks do when they're at home. I would love to have a beer and watch TV in my mancave. You know, normal. Those fuckers who have a drink at the bar and go home. Who smoke pot once a year at a wedding. Who go to bed early because they have work the next day. Who are dull but don't mind. And that's the part of it I can't wrap my mind around: the DULLNESS of it all. But with the dullness, the chaos would go away.

It's the chaos that fucks with me. The drugs, I like, but the bullshit of finding them and paying for them, and some tweaked-out dude freaking out on me, the calls in the middle of the night, the weirdos knocking on my windowâall that shit I could do without. Unless you have movie-star money, chaos always comes with the drugs. And if you have movie-star money, you won't have money for long. The drugs will take as much as you have and return only a habit.

I'm forty-three. Own nothing to speak of. I sublet a room in a rent-controlled apartment. I have a bank account that's a little more than a high-tech mattress I stuff my money in until the first. It rarely has more than a month's worth in it. Sometimes I have to deposit a few bucks in to get a twenty out.

San Francisco used to be the town where you went if you were a weirdo with no money, and the Mission was the home for those with even less than the others. The Lower Haight was the cool
place to live, and if you couldn't afford it there, you ended up in the Mission. There was a small lesbian enclave there before they all moved to Bernal Heights and Glen Park and bought houses. There were a few Irish bars still there from back when it was an Irish neighborhood, way back before World War II. Other than that, it was a Latino neighborhood when I got here. People just offhandedly call it Mexican, but it's a wide representation of Central America and some of South America.

Every day, I come out of my place and look at what's happened to the neighborhood. There's been riots and gangs and drugs, but the worst enemy the neighborhood ever had was money. If you think it's about race or class or crime, you're wrong; it's only about money. It looks like dope or crack or pussy or tech, but it's always about money. Every broken car window and every asshole coding away at Ritual Coffee Roasters is about money.

The money didn't start with the tech market or the dot-com game. The money's always been a part of this neighborhood, pushing it, propelling it. The corners for drugs, the alleys for prostitution, the pawn shops, the SROs, the pornâit's all money. Money ran this neighborhood then, and the only thing that stopped that money was newer, different, bigger money, much bigger money: tech.

It started with biotech, quietly, a little bit of money coming in here and there, then the dot-com days came and Eggers set up his trophy charity on Valencia, a place for Marin moms to drop off the kids while they went to trendy brunch spots with the girls, and slowly the thrift stores became vintage stores and antique stores and no one complained when there was a new police station with a rock garden with Good Vibrations across the street and there was another tapas place and a yoga studio and
things got expensive but hey, the dot-coms folded and everyone breathed a sigh of relief, but it was only a few more years until the real tech companies showed up and things went batshit.

So one year it's
vatos
by the payphones and a few years later, it's the techies on their cell phones, but they all use the neighborhood for money. Whether you're trying to corner a drug market or market a drug company, you've come to the right place. So now it looks like I'm talking about drugs, but if you know anything, the drugs are only a vehicle for money.

There's still a little bit of the old neighborhood here. It's hard to see unless you look in the right places, and those right places are often the wrong placesâyou'll see the truth but you'd better duck, you'd better hide because the truth is some scary shit you don't really want to see.

Just a few years ago, a Mongol shot a Hells Angel on Twenty-fourth. Then somehow the SureÃ±os got involved and the NorteÃ±os jumped in and there was all kinds of shit going down. Seven people got shot before the cops arrested everyone they could and let them fight it out in county. This was all a block away from the artisanal ice cream shop, the place where you stand in line to get a basil pesto ice cream in a sea salt cone.

Someday the scariness of the neighborhood will be gone, which is incomprehensible. They'll do to the Mission what they did to Times Square. Someday Seventeenth and Mission won't smell like an old tire filled with pee; someday the corner stores selling crack pipes and dollar cups of vodka will be gone and all the SRO hotels will be condos. I can't picture it from here, but it's going to happen. You'll walk by a yoga studio and some old fuck like me will be like,
That used to be the Irish bar where they found half a skeleton when they took out the drywall, and they never
found the top half
, or you'll buy a Coach handbag where nothing used to cost more than a dollar.

Took too much. Fuck. Again. Maybe if I just stuck to one drug at a time. Maybe I could manage that.

Remote is fun, for slowing down or speeding up your perception of time. It's great with smoking speed or crack. It's fantastic for fucking, for that moment right before you come when you think your whole life leading up to this point was a great idea, but it's fucking hell on the crash when you can't control the speed. When someone else is holding your biological remote and just mashing the fuck out of it.

It was developed as a combat drug, to allow soldiers to remain calm and slow down firefights in their minds. Didn't really work. Actually, a slowed-down firefight is much more frightening than a high-speed one. That's why your brain does that, makes it seem like everything happened so fast.

But you know all those great moments that never last? That instant right before orgasm, especially? You can slow those down and wallow in them. Remote is the best thing to happen to sex
and drugs and rock and roll since ecstasy. It works great in conjunction with other drugs, and since I'm always on other drugs, I go through a lot of this shit.

With remote and DMT, you can spend what feels like days of being high during the actual shortness of your lunch break. At remote parties, the DJ spins music sped up to incredibly high rates, indecipherable to the sober, but you can listen to entire catalogs of artists in only minutes, real time.