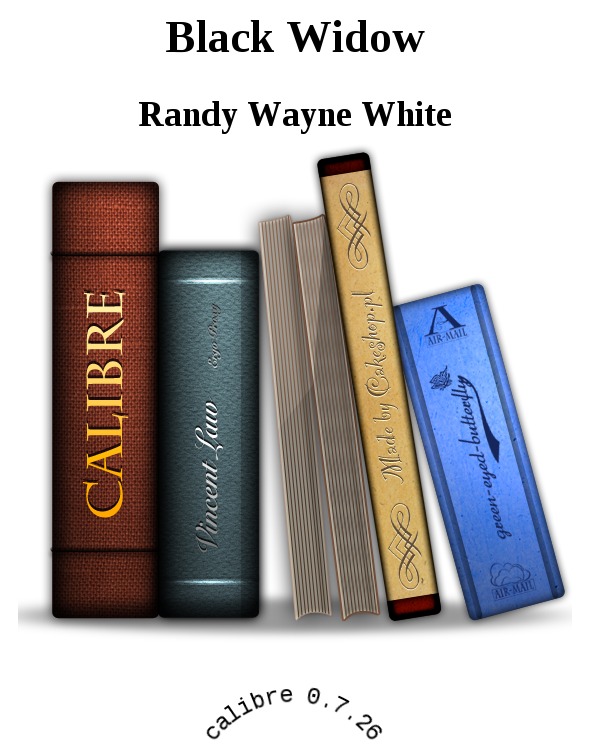 It was a simple exchange. Clean.

So why did things go so terribly wrong?

It went against all of Ford’s instincts. When his goddaughter, Shanay, called one day, he assumed it was with details of her imminent wedding, but the news was anything but cheerful. She and her bridesmaids had thrown a pretty wild bachelorette party, it seemed, on St. Arcs, in the Windward Islands — and someone had secretly videotaped it. Now that person was threatening to blow up her future unless she came across with enough money. “But don't worry, Doc,” she said. “I negotiated it down. All I need you to do is make the exchange.
Please?”

Ford knew it was a mistake — a mistake to trust the extortionist, a mistake for her not to tell her fiancée — but he agreed. And now one of the bridesmaids is near death. The blackmailer took the money and released the tape on the Internet anyway, and the panicked bridesmaid took an overdose of pills washed down with alcohol.

Fueled by guilt and an overpowering rage, Ford and his friend Tomlinson swear to destroy the person responsible, but she — and it is a woman — has other ideas. An agent of corruption like no one they have ever met, the black widow is just getting started.... 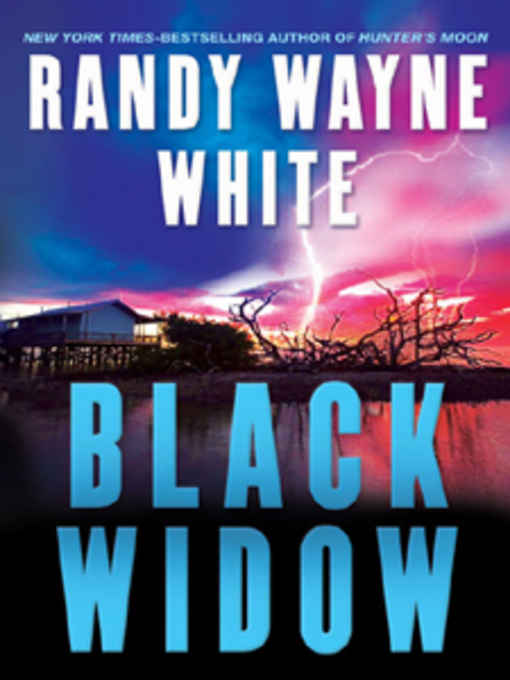 For Wendy, again,
and my pal, Dr. Brian Hummel

For a great bachelorette party, try planning a weekend getaway at a spa or tropical resort. Get pampered, go sightseeing, dance with dashing foreign men who don’t speak English. Pack a survival kit . . . including a disposable camera. The pictures you take at the bachelorette party will come in handy when you need to blackmail the bride later!

— ADVICE TO MAIDS OF HONOR
www.ForeverWed1.com

“My grandfather was a powerful Houngan, a vitch [voodoo priest] known from Nassau through the islands. Now I’m a Houngan, keeper of that knowledge. I will tell you about assault obeahs, blue stone, fire, blood spells, and the lost Books of Moses. But you cannot write everything I tell you.”

IT WAS A SIMPLE EXCHANGE. Clean. So why did things go so wrong for the determined young bride?

I flew to the Caribbean on a Wednesday, and Thursday morning gave the blackmailer’s bagman a routing number to an account containing $109,000. The bagman gave me a video shot secretly at a party thrown by my goddaughter, Shay Money, for her bridesmaids.

In the sepulchre chill of a cubicle provided by the Bank of Aruba, I popped the cassette into a minicamera long enough to confirm its contents before nodding at the teller.

Yes. She could transfer the funds.

Bagman and teller conversed in patois French as I stowed the cassette in a briefcase, focusing on details to mitigate my nausea. Inside the men’s room, I filled a marble sink with water, then lathered face and hands, but the taint was subcutaneous, associative. Soap couldn’t cut it. I had helped Shay with high school homework. I’d fielded her homesick letters when she was a college freshman.

After leaving the bank, I pulled my rental around the block, waited, then followed the bagman’s Fiat to a waterfront bar. Big round man, big round head. I battled the urge to snatch him from the parking lot, then drive to a secluded place.

I’m no longer authorized to do that sort of thing.

Eight hours later, I landed at Miami International, then caught a commuter flight to Fort Myers Regional, a forty-minute drive from my home and laboratory on Sanibel Island, southwest coast of Florida. Shay, now twenty-six, with a master’s in business, was waiting.

“Did you check luggage?”

I was carrying the briefcase and a recent issue of
Journal of Invertebrate Pathology
.

“Ah . . . I forgot. All those research trips, studying fish in foreign countries. What’s the secret to packing light?”

“Simple. Wear dark clothes, and always save your second pair of socks for the flight home.”

The girl laughed as we hugged. “Doc Ford, the mysterious biologist. I picked the right guy.”

Shay had her arm around my waist, shoulder wedged into ribs, thumb hooked to my belt. She was her usual affectionate, alpha-female self, body docked to mine so she could steer me efficiently toward baggage, or her awaiting car. But there was an intensity to the way she hugged close. This was a frightened women desperate for asylum. Had I provided it?

Life may be a chemical-electrical process, but living is a procession of uncertainties, one damn thing after another. Somehow, that truth makes lying easier.

“You feel good about it?”

“Better than expected. Very businesslike. We’ve been dealing with pros.”

“The money transferred from my account fast enough. I checked. Geezus, one hell of a chunk. Were you . . . surprised by the amount?”

Not surprised, shocked. But I replied, “A lot of money.”

“You’ve saved that much since college?”

“I know, I know — a man like him being thoughtful was as unexpected as him dying. I thought I told you about the check. After the honeymoon, Michael and I could’ve—”

“It’s done. You said you weren’t going to beat yourself up when I got back. I’m back.”

“You’re right. You know the way I ought to see it? Like it’s an investment in the future. I have to keep reminding myself. Our future, Michael and me.”

We exited the terminal into the sodium glare of asphalt and Everglades heat. It was a Thursday in June, a little before midnight, less than ten days until the girl’s wedding. There were stars up there above palm trees.

“Yes.” The briefcase was on my opposite shoulder, and I tapped it. “In here.”

I felt her body stiffen. “The only copy?”

“I have a pretty good idea.”

“Just the beginning. You and your bridesmaids were on a patio by a swimming pool, a view of the ocean below. With three men I assume were locals — so the party was just getting started. That was enough.”

Another lie. The video had been queued to footage that was unambiguously graphic. I’d watched for a few seconds, skipped ahead, then couldn’t hit the power button fast enough.

Yes, we had been dealing with a pro, but there were also symptoms of pathology. Voyeurism plus cruelty. Her blackmailer enjoyed humiliating his victims.

Shay laughed to disguise relief. “Thanks for being a gentleman. Not that there’s anything really
bad
. Just stupid. The sort of things we did in college — smoke grass, smooch with strangers. But Michael wouldn’t have understood. None of our guys would, even though it seemed harmless at the time. We tried to turn the clock back — Liz, Corey, Beryl, and me — and have one last fling . . . only now, I wish we’d never heard of that damn island. By October, we’ll all be married. And we’ve got professions. We’re grown-ups now, not sorority girls.”

I’d just lied to Shay, so why did I find it so irritating that she was lying to me? My own moral code varies with time zones and border crossings, plus I do not accept the premise that human behavior can be separated neatly into columns of right and wrong. So who the hell am I to judge? But I am neither so jaundiced nor naïve that I don’t know the difference between a kiss and a blow job.

“Aren’t grown-ups also supposed to accept responsibility for their behavior?” I said.

The woman stopped walking for a moment, her expression indignant, then sped ahead. “I don’t care for your tone, buddy boy.”

“I have no idea what you’re talking about!”

“Really? You didn’t pay a hundred thousand dollars to spare your future husband seeing you smoke dope and kiss a stranger.”

“I just told you: Michael’s the jealous type. Like most guys, there’s a double standard. It doesn’t matter if it was innocent fun. He wouldn’t have understood.”

“I flew halfway to the equator and back because of innocent fun? Knock it off, Shay. I know better.”

“Damn it! You said you didn’t watch the video!”

The woman slowed enough for me to catch up, eyes searching. The footage I’d seen was disturbing. What I had not seen was there in her eyes, and it sickened her.

I said, “I don’t give a damn what’s on this tape. Whatever perceived sins, your girls’ weekend couldn’t have been any worse than a lot of bachelor parties. Okay? And it sure as hell doesn’t compare to some of the things I’ve done in my life.” I cut her off before she interrupted. “
Don’t
ask. We’re all entitled to our secrets. The point is, I’m your friend. As of today, I’m also your partner. So no more evasions.

“When you asked me to fly south and make the exchange, I did — no questions asked. Now I expect the truth. Because there’s a chance we’re going to hear from him again.”

I swept the girl into my free arm and held her, thumping my hand on her back. “Me, too, Shay. But if it happens, no surprises, okay? Because it’s started.”

“What?
What’s
started? I don’t understand.”

I meant the lie we’d created. It now had a life of its own. Unlike the truth, lies can’t survive independently. They’re quasi matter, like something sewn together in a lab, and require monitoring.

"If we’re not straight with each other,” I told her, “our friendship will be the first casualty. Your marriage could be the second.”

“This has nothing to do with what you deserve. Fairness isn’t bankable. Right now, the guy may be rethinking your payment schedule because fear has an
exact
dollar value. He’s a pirate, not an entrepreneur.”

I put my arm around her waist, and we continued toward the parking garage. “You’re saying he’ll want more money after the wedding.”

That’s what I was thinking. She was marrying Michael Jonquil, a third-generation Swiss-American whose family was regal, Lear jet- wealthy, and politically connected — Michael was running for a state house seat in the fall.

I replied, “Possibly. Depends on the fear factor. That’s why you have to be honest. I don’t need details. Just a realistic understanding of how much leverage the man has.”

“Isn’t that what business negotiation is all about?”

“Guilt’s more like it. Or shame.” She was talking about herself.

I said, “Then let’s hope he didn’t keep a copy of the tape.”

IT WASN’T UNTIL WE WERE in Shay’s toy-sized convertible, traveling west, top down, that she spoke again. The long silence suggested a prelude to confession — not without reason.

“Remember the first e-mail demanding money? I told you he sent video samples as an attachment.”

I remembered. It was eight days ago. Less than a week after Shay and friends returned from Saint Arc, an island only a few miles from Saint Lucia, off the coast of South America. Shay had downloaded the video files, but the files were corrupt, she said. The clips wouldn’t open.

I’d urged her to contact the FBI, but she refused. I should’ve insisted. I didn’t.