Read Blast From the Past Online

Blast From the Past 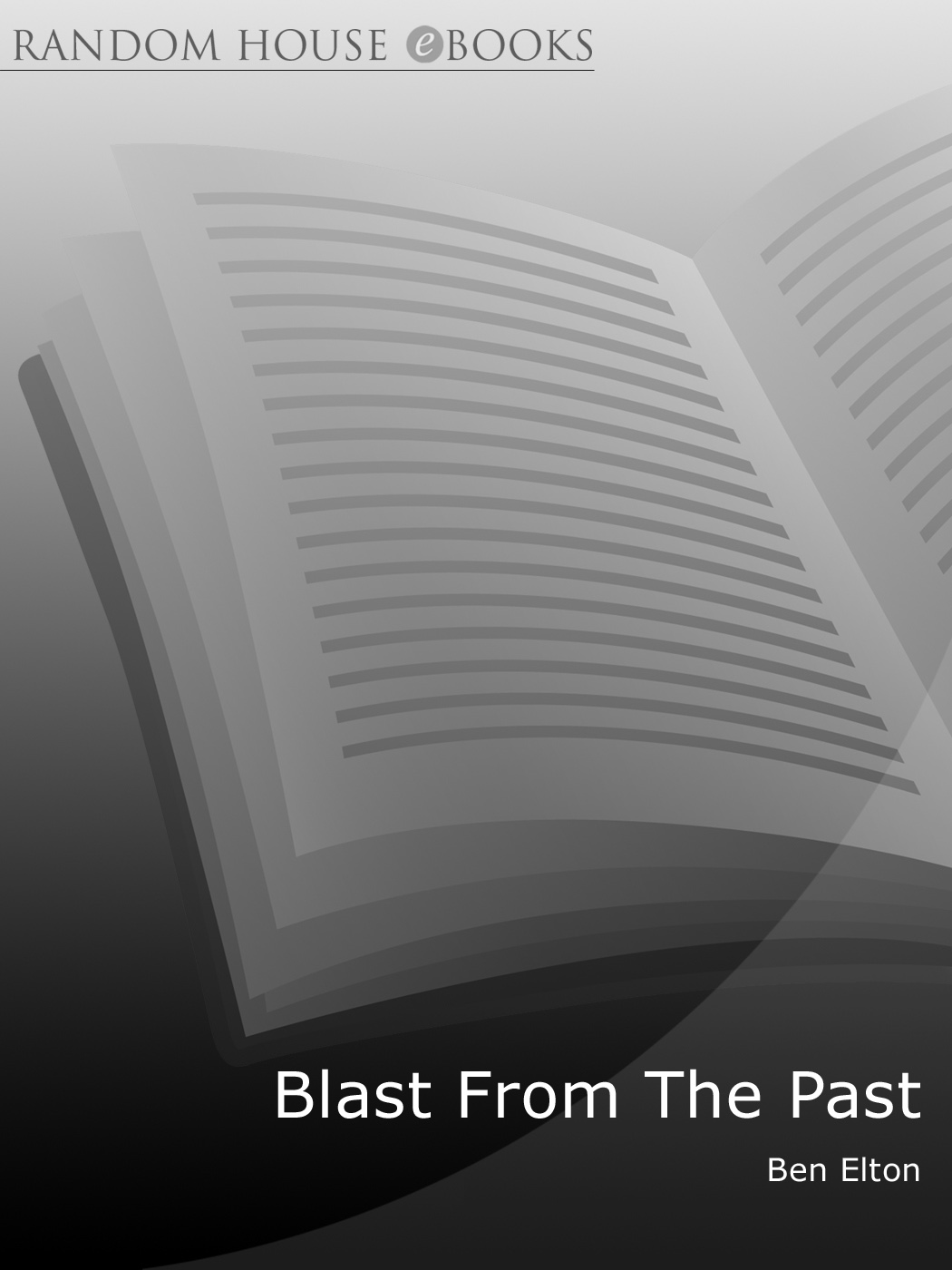 Your eyes are wide and your body tense before it has completed so much as a single ring. And as you wake, in the tiny moment between sleep and consciousness, you know already that something is wrong.

Only someone bad would ring at such an hour. Or someone good with bad news, which would probably be worse.

You lie in the darkness and wait for the answer machine to kick in. Your own voice sounds strange as it tells you that nobody is there but that a message can be left.

You feel your heart beat. You listen. And then you hear the one voice in the world you least expect…your very own Blast from the Past. 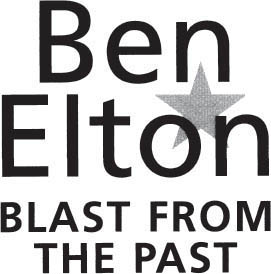 IT WAS 2.15
in the morning when the telephone rang. Polly woke instantly. Her eyes were wide and her body tense before the phone had completed so much as a single ring. And as she woke, in the tiny moment between sleep and consciousness, before she was even aware of the telephone’s bell, she felt scared. It was not the phone that jolted Polly so completely from her dreams, but fear.

And who could argue with the reasoning powers of Polly’s subconscious self? Of course she was scared. After all, when the phone rings at 2.15 in the morning it’s unlikely to be heralding something pleasant. What chance is there of its being good news? None. Only someone bad would ring at such an hour. Or someone good with bad news.

That telephone was sounding a warning bell. Something, somewhere, was wrong. So much was obvious. Particularly to a woman who lived alone, and Polly lived alone.

Of course it might be no more wrong than a wrong number. Something bad, but bad for someone else, something that would touch Polly’s life only for a
moment
, utterly infuriate her and then be gone.

‘There’s no Charlie at this number.’

‘What number are you trying to call? This is three, four, zero, one …’

If your phone rings at 2.15 a.m. you’d better hope that too. Because if someone actually wants you you’re in trouble.

If it’s your mother she’s going to tell you your dad died.

If it’s some much-missed ex-lover who you’d been hoping would get back in contact he’ll be calling drunkenly to inform you that he’s just been diagnosed positive and that perhaps you’d better have things checked out.

The only time that bell might ring for something good is if you were actually expecting some news, news so important it might come at any time. If you have a relative in the throes of a difficult pregnancy, for instance, or a friend who’s on the verge of being released from a foreign hostage situation. Then a
person
might leap from bed thinking, ‘At last! They’ve induced it!’ or, ‘God bless the Foreign Office. He’s free!’ On the other hand, maybe the mother and baby didn’t make it. Maybe the hostage got shot.

There is no doubt about it that under almost all normal circumstances a call in the middle of the night had to be bad. If not bad, at least weird, and, in a way, weird is worse. This is the reason why, when the phone rang in Polly’s little attic flat at 2.15 a.m. and wrenched her from the womb of sleep, she felt scared.

Strange to be scared of a phone. Even if it’s ringing. What can a ringing phone do to you? Leap up and bash you with its receiver? Strangle you with its cord? Nothing. Just ring, that’s all.

Until you answer it.

Then, of course, it might ask you in a low growl if you’re wearing any knickers. If you like them big and hard. If you’ve been a very naughty girl. Or it might say …

‘I know where you live.’

That was how it had all begun before.

‘I’m watching you right now,’ the phone had hissed. ‘Standing there in only your nightdress. I’m going to tear it off you and make you pay for all the hurt you’ve done to me.’

At the time Polly’s friends had assured her that the man was lying. He had not been watching her. Pervert callers phone at random. They don’t know where their victims live.

‘It was the middle of the night, for heaven’s sake!’ her friends replied. ‘Got to be a pretty good chance you were wearing a nightie, hasn’t there? Even a fool of a pervert could work that one out. He doesn’t know where you live.’

But Polly’s friends had been wrong. The caller did know where Polly lived. He knew a lot about her because he was not a random pervert at all, but a most specific pervert. A stalker. That first call had been the start of a campaign of intimidation that had transformed Polly’s life into a living hell. A hell from which the law had been unable to offer any protection.

‘Terrific,’ said Polly. ‘So I’ll get back to you when I’ve been raped and murdered, then, shall I?’

The police assured her that it hardly ever came to that.

HE’D BEEN A
client of hers. At the council office where she worked, the office that dealt with equal opportunities and discrimination. His was one of those depressing modern cases where sad white men who have failed to be promoted claim reverse discrimination, saying that they have been passed over for advancement in favour of less well qualified black lesbians. The problem is, of course, that often they are right: they have been passed over in favour of less well qualified black lesbians, that being the whole point of the policy. To positively discriminate in favour of groups that have been negatively discriminated against in the past.

‘But now I’m being negatively discriminated against,’ the sad white men inevitably reply.

‘Specifically, yes,’ the officers of the Office of Equal Opportunity (of whom Polly was one) would attempt to explain. ‘But not in general. Generally speaking, you are a member of a disproportionately successful group. There are any number of sad white men who achieve promotion. It’s merely that you are not one of them. You’re being negatively discriminated against positively,
and
you’ll feel the benefits in a more socially cohesive society.’

Not surprisingly, this argument was never much of a comfort, but Polly’s failure to help her client did not cause the man to do as so many disappointed clients had done before him and dump the entire weight of his confusion and impotent anger on top of Polly’s innocent head. He had not called Polly a communist slut and stormed out of her office. He had not threatened to bring death and pestilence upon her. He had not promised to starve himself to death on the steps of the town hall until he got justice.

If only the man had behaved like that. How much better it would have been for Polly. Instead, he had become infatuated with her.

At first she had not been unduly alarmed. He sent one or two cards to her office and one day, on discovering that it was her birthday, he went out and returned with a single rose. On their final consultation he had given Polly a secondhand book, an anthology of post-war poetry, rather a tastefully chosen selection, Polly thought. He’d inscribed the book, ‘To dearest Polly. Beautiful words for a beautiful person.’ Polly had not much liked that, but since the gift could not have cost more than a pound or two she had felt it would be more trouble to refuse it than accept. Particularly considering that it was, she thought, to be the last time they would meet.

But the following evening the man knocked on the door of the house where she lived and greeted her as if he was a friend.

‘Hi, Polly,’ he said. ‘Just thought I’d drop round and see what you thought of the book. Hope it’s not inconvenient. I mean, if it is, just say.’

Of course, Polly knew then that she had a problem. She just did not know how big. ‘Well, yes, it is inconvenient, actually, besides which …’

‘Don’t worry, don’t worry at all. How about later? Maybe we could have a drink?’

‘No, Peter,’ she said. Peter was the man’s name. ‘That’s not a good idea at all. Now I don’t know how you got my home address, but you mustn’t come here again. What you’ve got to understand is that we have a professional relationship. It’s not at all acceptable for you to try to enter my private life.’

‘Oh dear.’ Peter looked surprised. ‘Sorry.’ And he turned and scurried off.

Five minutes later he was back.

The change in the man was shocking. His face seemed to have been physically transformed. The muscles and the contours appeared to do different things, point in different directions. He still looked pathetic but now he also looked demonic.

‘And what you’ve got to understand, Polly, is that you can’t just be fucking friends when
you
want to! All right? You can’t just fucking use me – talk to me at the office and then refuse to speak when I call.’

Now Polly knew who had been phoning her. The tone, the voice, they were unmistakable. Polly wondered how she’d failed to notice it before, but then he’d always been so mild to her face.

He was mild to her face no longer.

‘You can’t just take my fucking presents and then think you can make all the rules! A relationship cuts two ways, you know!’

That was the thing. The terrible, terrible thing. Right from the very beginning Peter had thought he and Polly had a relationship. His anger at her rejection was the vicious, righteous anger of one who felt betrayed. Peter had invested so much in his fantasies of Polly that it was impossible for him to believe that his feelings were not in some way reciprocated. Everything Peter did he did with Polly in mind, and in his unbalanced state he had come to believe that despite her denials Polly was equally conscious of him.

‘
Dear Polly
,’ he would write, ‘
I watched you at the bus stop. Thank you for wearing that blue jumper. I was so thrilled to think that you had remembered I liked it
.’