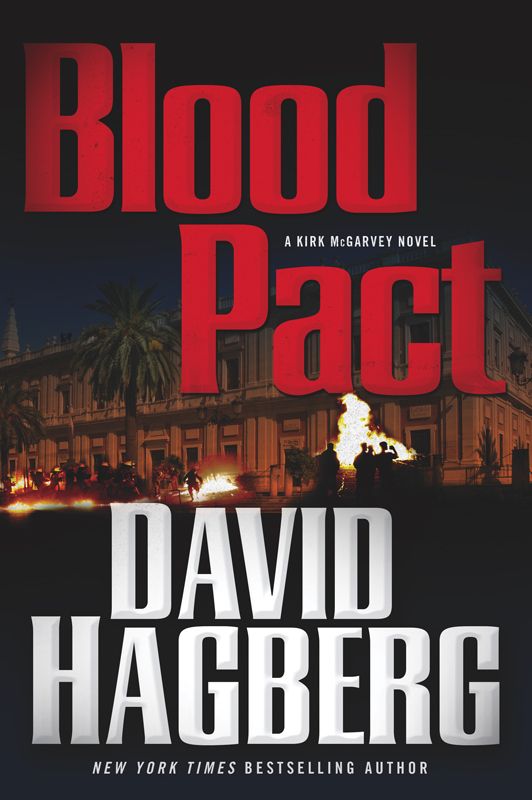 The HMS
Britannia
was Cunard’s newest paddle wheel steamer to make the Atlantic crossing from Boston to Halifax to Liverpool, but she was primarily a mail carrier and not very well suited for her 115 passengers, who were stacked in dark, cramped cabins belowdecks.

Fr. Jacob Ambli, twenty-nine, a man just under six feet, with a broad face and youthful though intelligent dark eyes, emerged from the empty dining room aft of the funnel and went to the rail. He wore loose gabardine trousers and a thick sweater against the evening cold. If trouble were to come this night he wanted fighting room and flexibility.

It was just after eleven and the overcast sky showed no stars. Nothing was visible except for the faint luminescence of the ship’s wake as it tumbled down the eight-foot waves. The horizon had been lost once night fell, lending an even greater sense of isolation than he had felt trekking across the American southwest deserts and mountains searching for Cibola north of the Rio Grande. A search that had been successful.

Ambli—who’d traveled from Mexico City three hundred kilometers overland by mule train to Veracruz, where he’d picked up a sailing vessel for Havana, and from there another sailing vessel to Boston—was less certain than ever that he would reach the Vatican with the blessed news. But praise be to God, he would persevere even though he was now certain that men who wanted to murder him were aboard this very vessel, and according to Fr. Jesus de Mijares, who had come with orders from His Holiness the Pope to expedite Ambli’s return with the diary, would probably strike sometime in the middle of the night in the middle of the Atlantic.

They had met three weeks ago at the new Carrollton Inn Hotel in Boston, where the older, much bulkier priest with a frown that seemed to be permanently etched on his enigmatic face, had opened his arms in welcome—in public.

As they’d embraced he’d whispered in Ambli’s ear, “Do you have the diary on your person?”

They were in the lobby and they went outside where de Mijares, who was also dressed in a long, dark frock coat instead of his clerical robes, produced cigars. When they were lit, the two priests walked along the front of the hotel’s interconnected row houses, the morning thick with heat and humidity. “You are in grave danger from here until we reach Vatican City.”

Ambli had worked and traveled under the name of Señor Roberto Gomez, as a surveyor and mapmaker from Barcelona under the service of the Spanish child Queen Isabella II, whose advisers, when she was only nine years old, had ordered the military expedition into the Spanish deserts of New Mexico in search of gold. They’d fought Indians, rattlesnakes, scorpions, poor food, scurvy, and most of all the relentless heat. “You know of my mission,” he replied.

“
Sí
, and your devotion and your training, but I’m telling you that I was sent to protect you on the final leg of your voyage, which will be by far the most dangerous.”

“With a man of the name Jesus on my side, I cannot fail.”

“This is no laughing matter. It’s the Voltaire Society and they never fail.”

Ambli, of course, had heard of the organization, which traced its beginnings back to 1776, two years before the French philosopher’s death. Voltaire, who had despised the Catholic Church—calling it neither holy nor Roman—had formed the society at the urgings of a group of wealthy businessmen and bankers in Great Britain and across the Continent to somehow curb the Church’s growing wealth, by extorting its money whenever possible, and even resorting to outright theft when necessary: artwork, business ventures, buildings and land through complicated tax transactions, and shipments of gold from the New World.

But he’d never thought they were his real enemy on this mission. It was the Spaniards who wanted the seven cities of gold, which it claimed as its own. The modern-day Cibola was seven caches of gold and silver that the monks of Mexico City’s diocese had stolen over a period of one hundred years from government shipments back to Madrid and Manila, and had transported the wealth via mule into the Norte Americano deserts through a place called the
Jornada del Muerto
—journey of death—where they hid it.

Spain wanted it back, thus Queen Isabella II’s military expedition. But the Vatican claimed the treasure for itself, thus Ambli’s assignment to join the search party, and record the trip in two diaries: one that was the true account of the mission, which he’d kept for himself as a secret, and which he meant to carry back to the Vatican, and the other a false account, showing wrong distances and cleverly altered directions. His diary led back to the seven caches of gold, while the expedition’s official diary would lead nowhere.

Of the nineteen Spanish soldiers plus Ambli, who marched north six years ago, only two made it back to Mexico City, with only the false diary and some maps to show for their sacrifice. Ambli, who it was believed had been killed by Indians on the return trip, had instead hidden for five days in the mountains near Querétaro about two hundred kilometers north of Mexico City until he figured it was safe to return and make the arduous trip back to Rome.

Quite a few people were out and about, despite the heat and humidity, and Ambli shook his head. “I meant no disrespect, Father, it’s just that I’d always assumed that the Society was of no consequence in these modern times.”

“No disrespect was taken, but you are wrong about the Society. Spain may be our enemy in this business—though that in itself is hard to believe considering Isabella’s devotion to Gregory—but the real danger to us is, and has been for the last fifty years, the Society.”

Gregory was Pope Gregory XVI, and Ambli was shocked by de Mijares’s casual mention of the name of His Holiness. But he decided on the spot that he still had much to learn. He’d been chosen for the assignment because of his youth, his strength, his energy, and his intelligence. And, he thought now, perhaps because of his naivete. Before the priesthood he’d been a farmer and a mason but after his ordination he’d been trained as a surveyor and mapmaker, never dreaming that the far-seeing Vatican strategists had selected him to go to Mexico to search for the gold—simply because he would endure and would never question his orders.

“Do you think that they will try to assassinate me here in Boston? Why not before, in Mexico when there were many more opportunities? I don’t understand.”

“First they want the real diary, the one you carry with you.”

“How could they know or even suspect something like that, unless they got hold of the expedition’s official diary?”

“Because they killed Pedro Rodriguez and Luis Zapatero, the only two soldiers to return alive. And when their bodies were finally discovered no diary or maps were found.”

“But how do you know this?”

“I was there. I followed the four Society agents from London.”

Ambli was startled and a little afraid. Reflexively he looked over his shoulder. “Four of them,” he muttered.

“Only two now,” de Mijares said. “And maybe only one by the time we reach the mid-Atlantic.”

Ambli had bit off the obvious question—how two Voltaire Society agents had been eliminated—mostly because he didn’t want to know. Except that he’d understood, by some basic instinct at that moment, that Fr. Jesus de Mijares was a dangerous man. And just then a very good friend to have so close at hand.

And for the three weeks in Boston de Mijares had never left his side, which had been fairly easy because the only time they left the hotel was to take their morning constitutional.

The real oddity, in Ambli’s mind, had come in the beginning of the second week when he’d thought of something just before going downstairs for lunch and he’d opened the door to their adjoining rooms without first knocking.

De Mijares, stripped to his waist, and wearing only his trousers but no shoes or stockings, was on his back on the floor, his knees drawn up, and his hands clasped at the nape of his neck, doing what he’d later said were called sit-ups. Sweat streamed down his face, and glistened on his hairy barrel chest.

“Pardon me,” Ambli had said, embarrassed, and he started to back out, but de Mijares called him back.

“I don’t understand,” Ambli said. De Mijares was obviously expending a great deal of energy, but for no apparent reason. Physical labor to accomplish something—plow a field, build a wall, dig a well—he could fathom, but not this.

“I need to keep my muscles in tone,” de Mijares explained.

“Keeping fit is one of many requirements of my Order.”

All of a sudden it came to Ambli and he involuntarily stepped back a pace. At various times since the Crusades in the eleventh century they’d been called either healers for Christ—helping care for the poor and sick pilgrims to the Holy Land—or Soldiers for Christ—taking on military operations for the Church. Most of them were nurses but some, like de Mijares, were Knights in armor in the field to do battle.

Giving Up by Mike Steeves
The Youngest Girl in the Fifth by Angela Brazil
Scent of a Mate by Milly Taiden
The Summer I Learned to Fly by Dana Reinhardt
Not Broken: True Destiny, Book 5 by Dana Marie Bell
Firebird by Helaine Mario
Cursed in the Blood: A Catherine LeVendeur Mystery by Newman, Sharan
The Lost Soul (666 Park Avenue 3) by Pierce, Gabriella
Being Me by Pete Kalu
Showdown at Yellow Butte (1983) by L'amour, Louis