Read Born to Be Wylde Online

Born to Be Wylde 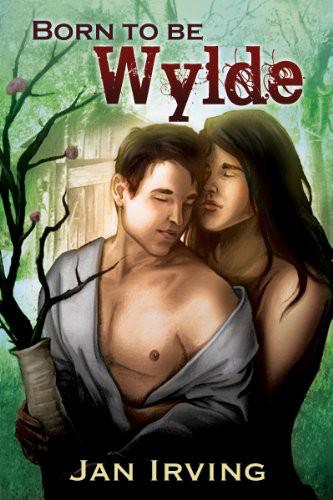 To Lex Valentine, for helping me choose the title.

To Hide, for teaching me to make better pots. No snowflake ever fell in the wrong place. —Zen proverb
Chapter One

D
EPUTY
K
EN
I
TO
gave a soft groan as someone put a cup against his split lip. It bled as he pursed it. Hurt. Every part of his five-foot-seven-inch frame felt bruised; his forearms and hands burned, shredded from being dragged over sand and rock.

He shook his head, trying to turn away, but a gentle hand was implacable, holding him steady, lifting him so he could swallow without choking.

The water felt like life, cool and soothing. He licked his lips and then drank thirstily.
Life. Bring me back to life.
His body, his thoughts were weighed down like a rock resting on a note with his name on it. He couldn’t shift the stone to read the writing, to grasp…. Why was he hurting? Where was he?
So hot…. His hands and feet were swollen from the fever, so they felt huge and pulsing. When the shadow caring for him eased him back onto a hard pallet, Ken groaned at the pain from his bruised ribs creaking together like shredded rattan.
A hand as easy on his flesh as the water he’d tasted smoothed over his bare chest. “Sleep,” a voice ordered him. “You sleep.”
Before his eyes closed, Ken felt the brush of something silken against his lips. Long black hair that smelled like cedar-wood smoke.

K
EN
dreamed. At first he dreamed he was in his studio, creamy porcelain clay foaming under his hands as the wheel turned. Although at heart he was a craftsman, a simple potter, he had taken the job as a county deputy to support himself and he liked being of service to others. Doing the work wasn’t especially demanding since the part of Washington State he patrolled was pretty deserted, yet not long after he’d begun doing his circuits of the lonely stretch of woods on his route, he’d heard of several people who had disappeared in the area over a ten-year period.

H
E WOKE
up again because he was cold except where his wild man was pressed against him, his front against Ken’s back, one thigh thrown over Ken’s legs, as if to keep him close, under control. The sheepskin had fallen away, and his tears had dried and coated his skin, making him feel like he wore an old cocoon of his past self.

He wasn’t sure what roused the young man—a change in Ken’s breathing, the restless shift of his thigh.
He was still so weak, though he didn’t feel like something that had been shattered like a dropped eggshell on granite anymore.
He was healing.
His guardian’s hand was cupped over Ken’s sleeping sex.
He turned his head and in the yellow light from the fire, he met those lake blue eyes. He remembered his caregiver’s words: safe, mine.
The stranger sat up, shoving back his long hair. He studied Ken from under his brows, as if assessing whether this time he’d stay awake.
Helpless to do anything more than lie there, Ken studied the young man in return, seeing he had stripped off his leather shirt and leggings and was wearing nothing but a loincloth, also made of the soft leather. It cupped his penis, which was hard, the plummy head poking out to the side like a rebellious stalk of rhubarb.
Ken smiled faintly at the thought. He’d grown rhubarb in his garden as a child when his family had lived in the prairies.
The young man reached for the same cup he’d offered previously, resting again on the coals. He leaned down and tasted it and then he held it with dirty hands for Ken to drink.
“Tea,” he said. His flat tone said, drink it now.
“Arigatou gozaimasu,” Ken said, for some reason using the Japanese of his childhood. It seemed appropriate when being given tea.
But the young man frowned, dark brows lowered so that despite his dark hair, he suddenly reminded Ken of a young god Thor from Norse mythology. A displeased Thor. Ken remembered then he didn’t seem very handy with English. “Thank you very much,” he repeated very slowly.
The frown wasn’t lifted. “Not stupid.”
“No!” Ken shook his head. “You took care of me.” He cleared his throat, meaning to raise the subject again of why he wasn’t in a hospital….
The stranger grunted and gestured peremptorily with the tea. Drink, his actions mimed. Stop talking and drink now.
Ken obediently sipped, tasting root and honey and something that tasted like tree. He could see a swollen lump on the back of one hand holding the little cup, which might explain the source of the honey. His benefactor had been stung. Raiding a beehive? There was also the faint aftertaste of fish. The pot was the same one used to cook the stew. It was wooden, charred on one side, crudely carved like the single spoon.
Ken drank, nourished by the warm liquid. After he finished the contents, he was lowered back to the sheepskin bed, and then the young man caressed his hair, as if bestowing approval on a pet.
“What’s your name?” Ken asked. Finally the fog had lifted and he felt more like himself, though his emotions seemed as fragmented by his close call as his body did.
“Wylde.”
Ken raised his brows. “Appropriate,” he murmured.
The expression didn’t change on his caregiver’s face. He simply watched Ken, seemingly oblivious to the thread of humor.
Ken cleared his throat. “I am Ken Ito. Deputy Ito.”
Still the expression didn’t change, as if this young man felt no disquiet about having a law enforcement officer lying nude and helpless on his forest bed.
“That’s not you.”
Ken frowned. “What do you mean?”
“When you dream….” Wylde cocked his head.
Ken’s eyes widened as enlightenment struck. “Oh. My Japanese name is Kakumi. Only my parents call me that.” Color heated his cheeks. He wasn’t sure why, but saying his real name seemed significant, as if it had a kind of power.
Wylde frowned. “Ka-coom.”
“Ka-koom-ee,” Ken repeated.
“Ka-koom-ee.”
Ken’s lids were already heavy, and he had the sudden thought that maybe the tea had more than honey. Some kind of natural pain reliever?
“What are you?” he asked. How was it this young man was living in a cave, sleeping on sheepskin? There was nothing here that he could see from the modern world, not even Ken’s uniform, radio, gun…. He frowned. “Uh.”
“Sleep.” The callused palm against his chest, between his nipples.
This time Wylde didn’t spoon him, but removed his loincloth and then partially covered Ken, bare skin to bare skin. His erection was hard and hot between them. Wylde wrapped his arms around Ken, protective, and Ken closed his eyes.