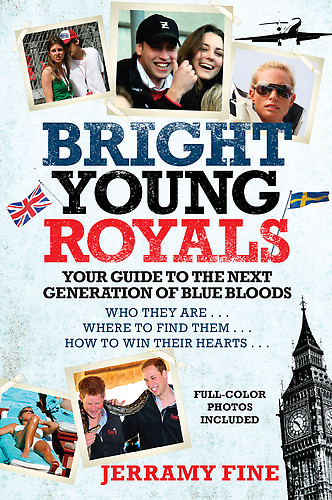 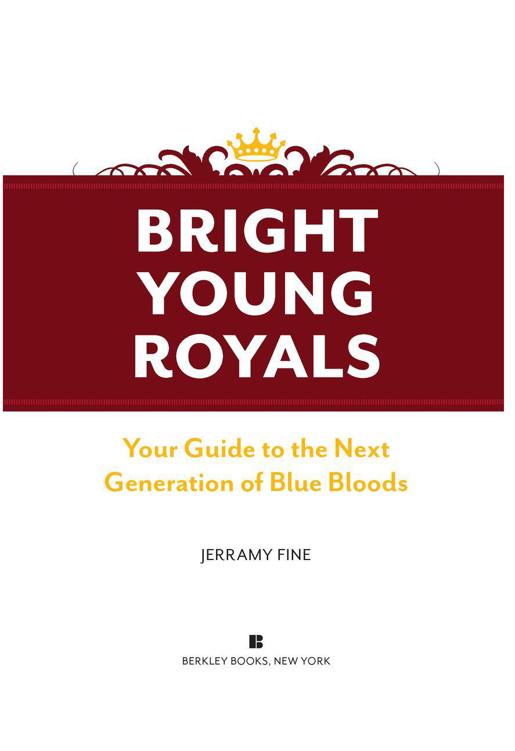 BERKLEY
®
is a registered trademark of Penguin Group (USA) Inc.

The “B” design is a trademark of Penguin Group (USA) Inc. 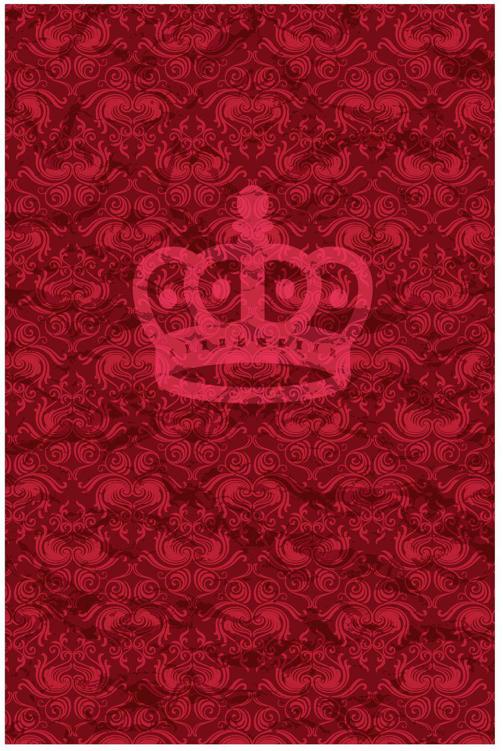 O
n the dawn of a new millennium, many see monarchies as archaic institutions—as out-of-date and dreary as the castles they inhabit. Some sovereigns, like Queen Elizabeth II, are deeply respected. But many of the older royals, who once upon a time appeared so glamorous, have begun to seem conventional and dull—and thoroughly at odds with the fast, glittering pace of modern life.

Enter the next generation of royal blood! Not only do they glow with the beauty of youth and privilege, but they are stylish, sophisticated, worldly-wise and media-savvy. Most important, almost all are using their royal heritage for something infinitely nobler. Their academic achievements and altruistic track records demonstrate that these princes and princesses possess the character and strength to fulfill their royal duties in ways that have yet to be seen.

Prince William and his glamorous new wife, Catherine Middleton, are the sparkling poster children for this new regal generation. They’re good-looking, educated twentysomethings, and for all the media fanfare surrounding their fairy-tale romance, they remain extremely down-to-earth. Unlike so many of the royal couples before them, their nuptials weren’t prearranged by the royal establishment. Instead, Will and Kate met in college (like normal people!), and although they hail from vastly different backgrounds, they share the same values and dedication to the greater good. In fact, before meeting at St. Andrews University, they missed bumping into each other by mere months when they both volunteered for the same charity in South America!

When the couple gave their first television interview following the news of their engagement, the relaxed, playful love between them was there for all to see. Many thought Kate would be nervous, but she was charming, gracious, and as ever, stunningly beautiful. Every little girl dreams of meeting Prince Charming; it’s heart-warming to watch a girl like Kate actually living the fairy tale.

Like so many of these bright young bluebloods, Kate and William demonstrate fantastic style, a tireless commitment to a gamut of charity causes, and a fierce loyalty to each other, their families, and their country. The following pages contain the hippest, best-looking crowd Europe’s monarchies have ever produced. Read on to discover who’s who of the young and titled—and see for yourself why these bluebloods are so red hot! 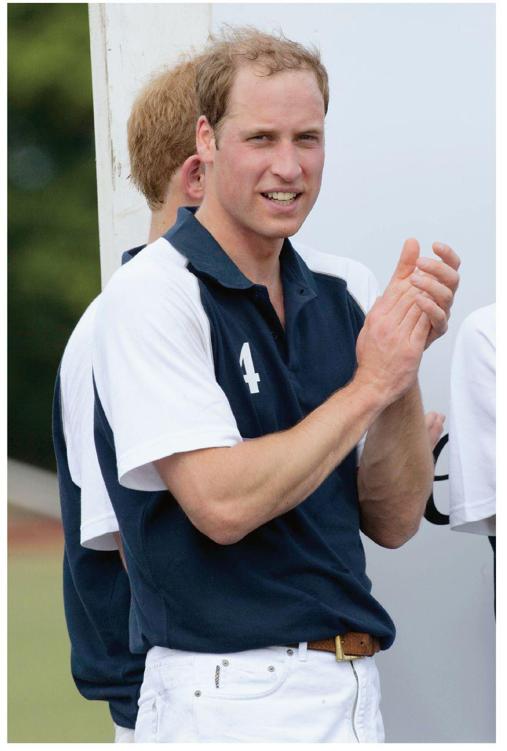 ROYAL HERITAGE:
Second in line to the British throne, his parents are HRH Prince Charles and the late Diana, Princess of Wales. His grandmother is HM Queen Elizabeth II.

MILITARY SERVICE :
Lieutenant in the Household Cavalry; also training to be a search-and-rescue pilot with the Royal Air Force.

Those close to William say he is genuine, accessible, levelheaded, and a deep thinker—all good qualities for a modern monarch-to-be. Like Diana, William has a strong philanthropic drive and an easy, unpretentious manner—he is very much the “People’s Prince.”

LOVE LIFE:
After years of speculation, royal watchers around the world rejoiced when Prince William’s engagement to the glamorously demure Kate Middleton was finally announced on November 16, 2010. William had been dating Kate (his former college flatmate) since 2003, and proposed to her during their recent vacation in Kenya. In an extremely moving gesture, William gave his future bride Princess Diana’s sapphire engagement ring to honor his late mother’s memory. The glowing young couple married at Westminster Abbey on April 29, 2011, in what all have hailed as the regal event of the century.

ACTIVITIES:
Polo, rugby, water polo, tennis, swimming, hockey, claypigeon shooting, photography. He is also president of the British Academy of Film and Television Arts (BAFTA) as well as president of the Royal Marsden Hospital, a position previously held by his mother.

MOST LIKELY TO BE FOUND:
At his father’s home in Gloucestershire; at Clarence House in London; relaxing on the island of Mustique; skiing in Klosters or Courchevel; enjoying a simple pizza with his wife at his new marital home in North Wales.

QUOTE:
“All of us, whatever path our lives have taken, are ultimately neighbors and share a common bond.”
1

◆
Centrepoint
Provides emergency accommodation, support, information, and training for homeless young people in London. Prince William is a patron. (His mother was also a patron at the time of her death.) William is heavily involved in the charity and recently spent a night sleeping on the streets of London to help raise awareness.
http://www.centrepoint.org.uk/

◆
The Child Bereavement Charity
Provides specialized support, information, and training to all those affected when a child or parent dies. Prince William, who knows all too well what it’s like to lose a mother, is a patron and often holds private meetings with bereaved families and children supported by the charity.
http://www.childbereavement.org.uk