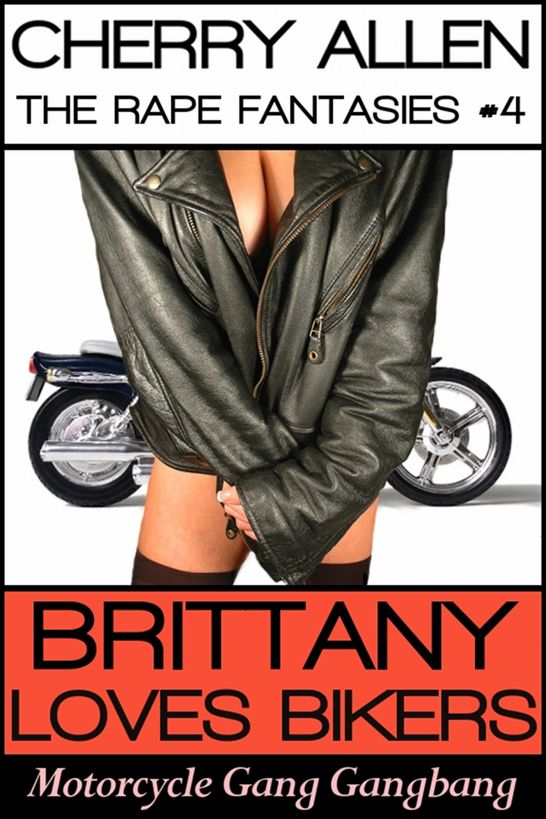 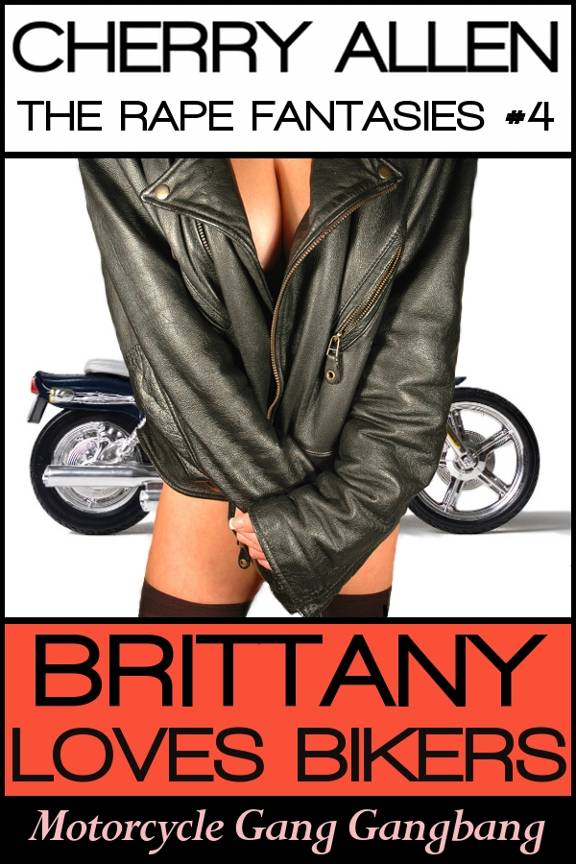 This ebook is licensed for your personal enjoyment
only. This ebook may not be re-sold or given away to other people.
If you would like to share this book with another person, please
purchase an additional copy for each recipient. If you’re reading
this book and did not purchase it, or it was not purchased for your
use only, then please return to Smashwords.com and purchase your
own copy. Thank you for respecting the hard work of this
author.

All rights reserved. No part of this ebook may be
reproduced in whole or in part without express permission from the
author.

This story contains sexually explicit situations
suitable for a mature audience only. All characters depicted in
those types of situations in this short story are 18 years of age
or older.

This is a work of fiction. All characters are the
product of the author's imagination, and any similarity to persons
living or dead is merely a coincidence.

Our Neighbor
Babysat Me

Find out more at
cherryallensexstories.com
and at
@CherryAllenPorn
on Twitter.

The Club is an organization for women that provides
fantasy fulfillment, with forced sex fantasies as its specialty.
Each woman reveals her secret rape fantasies in a friendly,
non-judgmental atmosphere, pays monthly dues and gets to enjoy the
stories of other women who have had their fantasies fulfilled. All
of the women of The Club are assured that the people who help them
fulfill their fantasies will be disease-free, wear condoms and be
careful--as careful as the women want.

They can have it rough or tender, terrifying or
comical. Be ravished by one man or several. One woman or several. A
slow, forced fuck by a total stranger, or a group pawing at them in
lust, taking them fast and hard.

Whatever their secret, darkest desires may be, The
Club will provide.

This is Brittany's story.

I've thought about moving closer to my job for
years, but I like the scenic drive. And I like living in the
country with lots of space around me, rather than in a cramped
suburb. I've always kept my car in good repair--a necessity when
you have a 45-minute commute and can't walk to work or grab a taxi.
But as these things happen, it puttered out one evening after work
on a long stretch of rural road.

It was kind of scary being stuck there with a car
that wouldn't turn over. Even though I'd driven that road every day
for years, being helpless there suddenly made every passing car
seem a little ominous. How many horror movies have a scene like
this?

I reminded myself that it was my mother who thought
everyone was a serial killer, not me, and it was still
daylight--hardly the setting for a horror movie scene.

I sat there thinking how walking to the nearest
house was going to suck. I'd worn one of my favorite shorter skirts
that day, and had chosen heels just a
little
higher than was
probably office-appropriate to celebrate the fact that it was
Friday. Thunder echoed from somewhere not too far away--it was
going to rain any minute. Perfect!

A loud motorcycle whizzed past. Even though I was
aggravated at my situation, I couldn’t help but admire the shape of
the guy’s back in the leather jacket. Bikers have always turned me
on. The sound of the bike, the boots and leather, the long,
blue-jeaned legs on either side of a growling, vibrating machine .
. . .

After my moment of admiration, I turned my flashers
on, got out and slammed the door. I thought about looking under the
hood, but then laughed at myself. I wouldn’t have known what the
heck I was looking at.

That’s when I realized the motorcycle was coming
back.

My heart flip-flopped, both in excitement and a
little fear. Then I reminded myself that not everyone is a mass
murderer in waiting, no matter what my mother had always told me.
There are still good people out there who will stop to help a
stranded motorist. Sure enough, he stopped next to me and asked if
I was having trouble.

Good God. His face erased any serial killer thoughts
I’d had before. Foolish, I know. Ted Bundy was a looker, after all.
But this guy had dark hair and forest green eyes with tiny lines in
the corners that were clearly from smiling, not from frowning about
where to hide the next body. It wasn't just that he was handsome.
There was something about him that put me at ease, and I trusted
the feeling.

He looked under the hood and had me try to start it
a few times while he fiddled with hoses and wires and whatever's
under there, but nothing worked. I found myself not just admiring
his leather-clad back, but the way his ass filled out his jeans as
he bent over the car.

He asked me where I was going, then offered to give
me a ride. Said it looked like my carburetor was shot. I nodded
gravely as if I knew what that meant. He said I’d have to call a
tow. Unfortunately, or maybe fortunately considering how things
turned out, I couldn't get a signal on my cell.

I’ve never been on a motorcycle, and ordinarily
would never take a ride anywhere from a stranger. The idea of my
hair blowing all over didn't appeal much, either. I'd styled it so
carefully that morning in loose waves that let the lighter blonde
underneath show through the darker strands on the outside. It hangs
a little below my shoulders, so it's plenty long enough to look
awful after just a few minutes in the wind. I didn't have a
ponytail tie handy, either.

But the thunder was getting louder, and the air had
changed. It was going to rain soon. The walk or the wait for a tow
if he sent one for me would be a long one. And I'll be honest--the
idea of hanging onto him for a few miles had a certain appeal. It
felt naughty. I told myself that I’d had a crappy day, and there
was nothing wrong with squeezing a tiny bit of fun out of it.

I hiked up my already short skirt and climbed on the
bike behind him, wrapping my arms around his waist. He started the
engine, and I actually laughed as the vibration went through me. As
we took off and he gunned it, the vibration got stronger. I found
myself pushing my ass down against the seat, really enjoying the
feel of it.

And though I didn't know this man from Adam, I found
myself pressing against his back, enjoying the feel of that, too. I
let my hands slide down until they rested on top of his thighs. I
closed my eyes and focused on the vibration coming up from the
bike. Another mile or two, and I think I’d have come from rubbing
myself hard against that vibrating seat.

One of my hands went from his thigh to his crotch.
It seemed like he'd been enjoying me pressing up against his back,
too. His groin was a hard mound in his jeans. He shuddered when I
kneaded his cock through his pants, making me realize just what I
wanted.

I got off the bike, then got back on in front as if
I were going to drive it. My skirt pushed up farther as I settled
down onto the seat, my ass right there in front of him. I grabbed
the handlebars and pressed my pussy forward, while lifting my ass a
little in a clear invitation. One of his hands covered mine as he
started the bike and revved it back into action. I shouted
Oh!
at the renewed vibration against my crotch.

I guess the whole situation had me feeling and
acting out of character, because I turned my head and shouted, “You
offered me a ride, remember?" I arched my back and tipped my ass up
a little higher.

He laughed. “I did, didn’t I?” Something moved
between my legs, and the thin crotch of my G-string was easily
pulled to the side. He rubbed his finger against my pussy, working
it in.

I pushed myself forward against the bike as hard as
I could. The bone-rattling vibration was centered right in my clit,
it seemed. I spread my legs as much as possible. Soon he was
fucking me with his fingers, while the running engine buzzed my
clit.

We weren’t completely sheltered from the rain, so
now and then I felt a surprisingly icy drop on my back and ass. The
shock of it managed to make me hotter. He shifted behind me, and
his fingers disappeared only to be replaced by his cock. The angles
were a bit strange, but we managed it. I was leaning forward
enough, pressing my clit against the growling bike, that he had
full access to me. He had to do most of the work, though. There was
no way I was going to lift up off that wonderfully rattling
engine.

The harder he slammed his cock into me, the more it
pressed me against the jittering bike. In the end, he was
practically pressing down on me, fucking me fast and deep. I bucked
and squirmed, my back arching more than it probably ever had. I
shouted as I came hard against him and the bike at the same time.
That brought him off--he slammed into me, his shouts almost right
in my ear.

He lay forward on me then, his harsh panting warming
my ear and neck, and cut the ignition. He stayed there, breathing
heavily, his breath slowing at about the same pace mine did. My
back was nice and warm, despite the chilling air, thanks to his
body heat and the leather he wore. Neither of us said anything. I
know I was too busy recovering and waiting for my thighs to stop
trembling. I think I fell a little in love with Harley Davidsons
that day.

The Perfect Suspect by Margaret Coel
Blood and Ice by Robert Masello
The Sage Seed Chronicles: The Unraveling by Holly Barbo
Inside Out by Barry Eisler
Desert of Desire by Daniels, Wynter
Percival's Angel by Anne Eliot Crompton
Death and the Black Pyramid by Deryn Lake
Sweet Little Lies by Bianca Sloane
The Home Front by Margaret Vandenburg
Catcall by Linda Newbery