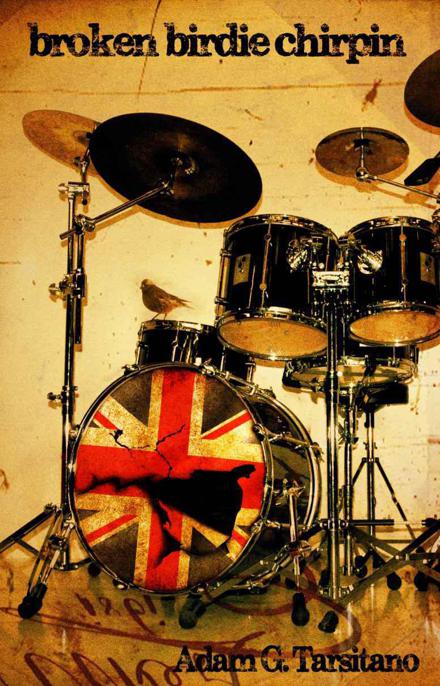 A NOVEL BY ADAM G. TARSITANO

A METEOR MADE FOR FOUR

I
started writing songs at five years old. Not baby songs. Real songs. I fancied
myself some sort of carbon-based satellite that received rock n’ roll signals
from another dimension. I mostly wrote on the piano in those early days. Piano
came easy to me. It was if I’d popped out of mum’s womb pre-wired for it. My first
song "Broken Birdie Chirpin" was a bluesy homage to a wayward finch
that nearly died outside my bedroom window. It made mum cry. She fancied that I
might be a sensitive crooner with the heart of Eros, but it was really a bait
and switch. My second song celebrated the babysitter's heart-shaped arse and
come-hither strut with the subtlety of a gunshot wound.

Other
lads were riding bicycles and frolicking in dirt. I sat at an antique upright
composing pop songs. The junior jocks in the neighborhood courted me for a bit
until they realized that I was more swashbuckling rock n’ roller than plucky
midfielder. They branded me a misfit and an outcast. I fancied those labels
because I didn't want to be like those blighters. Mum worried that I’d regret
foregoing an ordinary childhood in pursuit of my rock n’ roll fantasy.
Fortunately, she also recognized my gift and secretly encouraged my exploration
no matter how lecherous its manifestation.

Dad
and I never really got on. He was blue collars, metal lunch pails, and lager. I
was butterfly necks, maguro, and Agua de Valencia. He fancied himself
responsible and selfless. I’d become the soft, moody, and self-indulgent shadow
of the square-shouldered Spartan he desired. He once told mum that we’d
developed a workmanlike relationship over the years based on mutual respect.
I’m not certain that he ever respected me. No matter. I was light years ahead
of dad in most ways even at five and it burned him. He had to work bloody hard
for everything he had coming. Music mostly came easy to me.

I
was a horrible kindergartener. I frustrated teachers with my genius. They
wanted conformity. I rebelled. They wanted order. I was chaos. I challenged
authority when most sprogs nursed on its bosom. I chased skirts and stole. I
pissed on bathroom floors and wore eyeliner. I refused to participate in gym
class. I spit on my exams. The hierarchy viewed me as a genetic anomaly on
account of brother’s glorious reputation. He’d cruised through his ABCs and
123s like a Gloster Meteor whilst I couldn’t get off the bloody runway. He won
Science awards. He pleased mum and dad with his efforts. I mostly got paddled.

Dad
wouldn’t relent until I’d been broken and rebuilt in brother’s image. He made
mum comb my hair and dress me up like Little Lord Fauntleroy. He made me go to
church and clean up after myself. He threatened me with physical violence when
I cursed. He battered me when I kicked the dog. He always stood up for brother
even when brother was beating on me. It was jealousy and envy. I knew it even
then. I probably wouldn't have survived if it hadn't been for mum. She listened
to dad and did his bidding, but she never judged me for my sins. She painted
portraits and landscapes as a teenager. The freewheeling spirit of an artiste
was buried somewhere deep inside her.

Mum
bought my first six-string from a flea market for my eleventh birthday. Dad
thought it was a horrible idea considering I never passed my exams. He
complained that it would only encourage me to be more rebellious and
self-indulgent. He argued that I would be even less likely to develop into the
lad brother was. He worried that there would be no redemption. He was right.
The guitar was my obsession. It was my church. It was my first addiction. I
refused to be separated from it. It came to school with me. It slept with me.
It was my third arm. It was my second plonker.

Girls
began to notice. They shot quizzical glances as I passed them in the hall. They
wondered why I was always with guitar. They wondered why my hair was unkempt
and my trousers torn. There were whispers about my sad eyes and calloused hands
that emanated directly from their loins. I was dangerous and they dug it. Their
own bourgeoning anatomies fueled my rock n’ roll fantasy as notebooks
overflowed with new jingles. Any lingering doubts about my lot disappeared
forever.

I
pulled out my guitar one spring day during lunch hour. I felt anxious. I’d
never played for the sole purpose of attracting birds. I’d written a song
titled "Manky Nuns" the night before. It was all glam and swagger.
Girls began to gather around as soon as I strummed the first chord progression.
I played hard and fast until Sister Minger grabbed me by the ear and dragged me
away from the schoolyard. I never let go of my guitar until the headmaster pried
it away with his big hairy hands. I felt so high that I didn’t hear a bloody
word he spoke. I didn't even feel the paddle on my arse. I wouldn’t be tamed.
The buzz lasted until dad got a hold of my backside later that evening. His
actions and words felt forced. It was as if he’d given up on me. It was
cathartic. His commoner's rage only emboldened me.

Brother
continued to impress the establishment. He was making As. He was a ferocious
jock. He even earned pocket money working as a newspaper delivery boy for the
local press in his spare time. I continued to impress everyone else. I played
rollicking after-hours shows behind the school building that attracted hordes
of tottys. My songs were loud and my trousers tight. Regrettably, I’d been a
misfit for so long that communicating with these lovelies felt like Chinese
water torture. It was mostly for the best because they were all prudes and I
had no fuzz on my bullocks.

Flash
forward. The socially awkward prepubescent rock n’ roller blossomed into a
socially inept teenage rock n’ roller. I was increasingly like an animal in the
zoo. Birds were fascinated by the way I moved and the sounds that burst forth
when I opened my gob. Danger! Don’t Feed the Animals! They didn’t know that
these warning signs were solely there for my own protection, or that the door
to my cage had been unlocked all along. No matter. It’d take a heroine with the
strength of Minerva to pry apart these imaginary titanium bars.