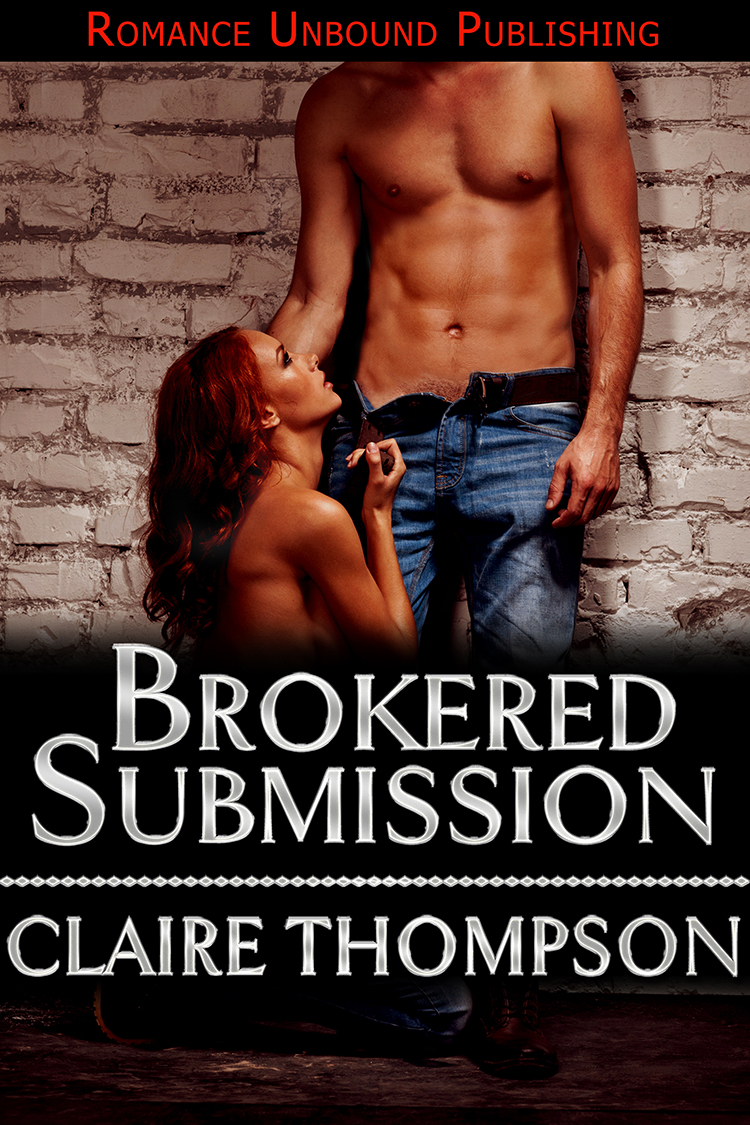 “That’s it for me.” Ed slid out of the booth and stood. “My dad’s expecting me.” He glanced down at Dylan. “You need a ride back to the office?”

Dylan barely glanced at his business partner before returning his gaze to Zoë. “No thanks. I’m good. Have a good night, Ed. Say hi to your dad for me.”

Zoë’s boss, Bob Siegel, also hoisted himself out of the booth. “I better get going too. My wife already texted three times.” He grinned down at Zoë. “How about you? Need a ride to the subway?”

The four of them were celebrating the completion of a lucrative financial deal put together by their two firms. In the two weeks they’d worked together, Dylan Hart had been all business, but something was different tonight. Though the two older men seemed unaware, there was a definite sexual undercurrent going on between Dylan and Zoë since they’d arrived at the trendy downtown bar earlier that evening. Until tonight, Zoë hadn’t permitted herself to think of the admittedly attractive man as anything but a colleague, but now the flirtatious subtext between them, combined with the buzz from her drink, had left her feeling a little reckless.

Dylan was staring at her with those intense golden-brown eyes, one eyebrow cocked, something in his face saying,
Stay. I dare you.
Zoë’s heart began to race, her nipples tingling, the hairs rising along the back of her neck. She wanted to look away from his mesmerizing gaze, but was unable to do so. Without looking at Bob, she found herself replying, “No thanks. I think I’ll stay for one more drink.”

After Zoë’s boss and Dylan’s partner had gone, they moved together to the bar to order another drink, settling side-by-side on swiveling stools. They talked easily for a while about various business ventures, rumors of takeovers and potential opportunities. In between, they managed to establish that neither of them was currently involved. Though the banter remained easy, if anything, the sexual undercurrent intensified.

Earlier in the evening, Dylan had loosened his collar and tie and unbuttoned the top buttons of his shirt. Zoë found herself staring at his throat as he drank his beer. There was something supremely sensual in the curve of his throat muscles and the bob of his Adam’s apple as he swallowed. She had a sudden, crazy impulse to lean over and kiss his neck. She couldn’t remember when she’d last been so attracted to a man. There was something subtly powerful about him—a kind of raw animal grace and energy she found extremely attractive.

Her left hand rested on the bar between them, palm up. Dylan startled her by reaching for her hand and pulling it closer. “I can read palms, you know,” he said, staring down at her hand.

“Oh, yeah, right,” Zoë replied skeptically, though she made no move to pull her hand away. There was both strength and tenderness in his touch. It was at once comforting and thrilling in a way she didn’t entirely understand.

“No, really,” he insisted, bending over to peer at her palm. He drew a finger along her skin. “You have a very interesting palm, did you know that?”

“Sure, I hear that all the time.” Zoë tried for a playful tone, but her voice caught in her throat. She swallowed hard and managed to flash a grin.

Dylan smiled back. “Seriously. Your heart line and head line are fused. That indicates you live life with great intensity on all levels. Is that true, Zoë?” Something in his gaze, and the way he was moving his thumb in a sensual circle over the fleshy part of Zoë’s palm, sent a shiver of desire rushing to her core.

She forced herself to meet Dylan’s hot gaze as she struggled to form a saucy retort. No words came.

With a shocked gasp, Zoë pulled her hand away.

The air in the crowded bar was close, and Zoë had unbuttoned the top two buttons of her sleeveless silk blouse, giving Dylan a very nice view of the tops of her plump, rounded breasts above a hint of dark pink lace. The hem of her narrow skirt had ridden partially up her thigh as she swiveled toward him on the barstool. Her legs were long and smooth, the bare skin lightly tanned.

It was easy to imagine her naked and bound, skin glistening with sweat, her hair wild about her face. He could almost hear her breathy cries as he cracked a whip behind her, letting its sharp tip flick over her skin, leaving behind a lovely, red welt—a symbol of her willingness to suffer for him. After she had been properly whipped, he might leave her there awhile, swaying in her bonds, her back forcibly arched by her position, her luscious nipples erect with desire. He might even let her come, not as a reward for her submission and grace during her whipping, but solely because it pleased him to take what he wanted, when he wanted.

Zoë Stamos was one of those women it was hard to get a handle on. Admittedly, she was incredibly easy on the eyes, with her shoulder-length dark hair, luminous, liquid brown eyes and flawless skin over fine bones. She had the easy, confident physical grace of a natural athlete and a sassy, willful attitude Dylan had always found appealing in a woman. Her perfume was light but intoxicating, and he wondered how much of her scent was from a bottle, and how much was her natural feminine essence.

Until tonight he’d written her off as a typical driven young executive. One of those women who was certain she was smarter and better than any man, and determined to prove it at every possible opportunity. He suspected she approached potential sexual relationships with the same ferocity and determination to “win” with which she took on the business world.

He was enjoying their causal flirtation, but hadn’t really thought much past a possible stolen kiss when they said goodnight. At least, he hadn’t been. Until he’d seen her reaction to his calculated question.

It had just been a gambit without serious intent. If he hadn’t had a couple of beers, he probably wouldn’t have risked the exploratory tease. He’d just thrown a line into the flirtatious waters swirling between them on the off chance she might go for the bait.

She stared at him now, desire warring with shock in her expression. As if coming suddenly to herself, she looked abruptly away. With hands that trembled ever so slightly, she took a long drink of her cocktail while she attempted to compose herself. Most telling of all, her nipples had perked like gumdrops against the sheer silk of her blouse, as spontaneous as a teenage boy’s sudden and uncontrollable erection when faced with a naked woman.

He’d hit a nerve—no question about it. He would play it carefully—tease her along and gauge her reaction each step of the way. It surprised him to realize how much it already mattered to him. Maybe it was the way her eyes had widened when he’d queried her directly about sensual submission. Her lips had parted with what had seemed to him unmistakable hunger, before her brain kicked into gear and censored her gut reaction. Zoë wanted what he offered—now it was just up to him to show her.

He swiveled to face her and smiled a slow, easy smile. “I take that as a no?”

Zoë set her glass carefully on the bar. She straightened her spine and lifted her chin. “I’m sure I don’t know what you mean.” When Dylan said nothing to this, she tossed back her glossy hair and gave a small laugh, though the smile didn’t quite reach her eyes. “I mean, if you’re talking the stuff of romance novels, certainly I’m aware of the concept of BDSM, but if you’re talking real life…” She trailed off, and for the first time in the brief period he’d known her, seemed to be at a loss for words. Finally she continued, “Fantasy is one thing—the idea of a dominant guy swooping in and saving the poor little damsel in distress is appealing in a certain sense, I suppose. But in the real world, a woman, at least a woman who wants to get anywhere on her own, needs to stand on her own two feet, both in the bedroom and out of it.” Again she tossed her hair and lifted her chin to emphasize her point. “I mean, look at me. I put together multi-million dollar ventures for a living. I deal with rich and powerful men every day of the week. The thought of letting some alpha male take over my life and control my every move is beyond absurd. I like to be in charge. It’s who I am.”

“Of course that’s who you are. But that’s not all you are.”

Zoë snorted. “You really believe that?”

Zoë stared at him, her mouth falling slightly open. She leaned toward him as if drawn by the magnetism of his words. Along with the shock, there was unmistakable hunger in her eyes.

Zoë’s cheeks were flushed, her lips forming a small, sweet O, her eyes glittering as they moved over his face. It was a look he had seen many times before, and one that thrilled him to his core. If he leaned forward just a little, he would be close enough to kiss her.

A jarring, chirping sound came from the Zoë’s suit jacket, which hung on the back of her barstool. As if released from a spell, Zoë fumbled in the jacket pocket and pulled out a cellphone. She glanced at the screen. “Sorry. I have to take this.” She slid from the stool and touched the screen.

“Fuck,” Dylan swore softly to himself. Talk about bad timing.

Zoë had turned away to take the call, and a sudden tension stiffened her body. She spoke in a low, urgent voice and it was evident from her tone and body language she was upset about something. Very upset. She stepped farther away from the bar, moving toward a back wall where it was less crowded. The call went on for a long time—long enough that Dylan began to forget his thwarted plans of seduction and to be a little worried for her. Was the issue business or personal? Whatever it was, the mood was ruined.

After about ten minutes, Zoë finally returned to the bar. All the light had been snuffed from her large eyes and her pretty lips were pulled down into a frown. She looked pale, even ashen, as if she’d received a very bad shock. “I have to go,” she said abruptly, grabbing her jacket and bag from the back of the barstool. “Something’s come up.”

“What is it?” Dylan asked, concerned. “I hope everything’s okay? No one’s been hurt?”

I Left My Back Door Open by April Sinclair
And the Miss Ran Away With the Rake by Elizabeth Boyle
On Folly Beach by Karen White
The Digital Plague by Somers, Jeff
The Spurned Viscountess by Shelley Munro
Fear Not by Anne Holt
Death of a Rock Star: A Boy in the Band Novella by Frost, NJ
The Perfect Ghost by Linda Barnes
Sealed with a Kick by Zenina Masters
Sewed Up Tight (A Quilters Club Mystery No. 5) (Quilters Club Mysteries) by Marjory Sorrell Rockwell