Burma Redux: Global Justice and the Quest for Political Reform in Myanmar 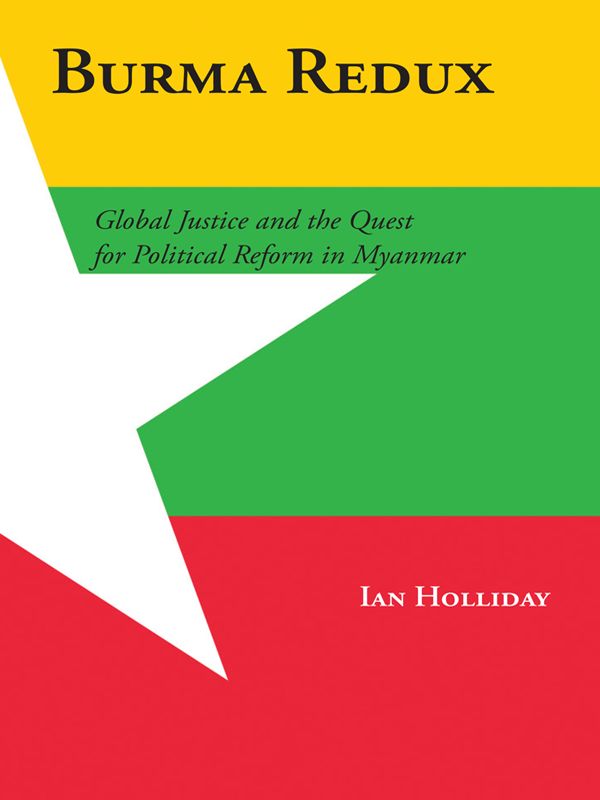 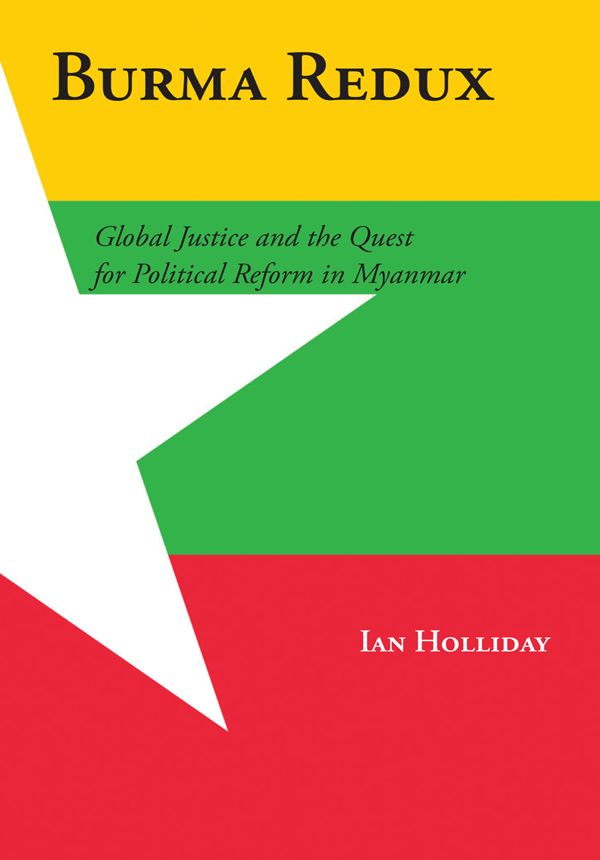 Global Justice and the Quest for Political Reform in Myanmar

This book was written toward the end of a five-year Deanship of Social Sciences at The University of Hong Kong. While that made for many early mornings and long weekends at the keyboard, it was also utterly dependent on a professional environment in which research could sometimes be combined with administration. For that, I am grateful to colleagues throughout the Faculty of Social Sciences, and particularly to the Faculty Office staff who interacted with me on a daily basis. Special thanks go to colleagues who worked alongside me throughout my Deanship: Amy Tsang, Vanessa Sit, Ann Lee, Eric Yeung, Simon Yung and Meimi Wong. I also pay tribute to Associate Deans and Heads of Department in the Faculty.

An initial airing of some of the book’s core themes took place in three lectures delivered at the 2006 Southeast Asian Studies Summer Institute at the University of Wisconsin-Madison. For feedback and comradeship I am especially grateful to students in U Saw Tun’s Burmese language class who kept in touch after we all returned to normal life: Teri Allendorf, Heather MacLachlan, Jayde Lin Roberts and Matthew Walton. I also thank participants in the Myanmar symposiums I have organized annually since 2007. Konrad-Adenauer-Stiftung has been a consistently generous sponsor. Li Chenyang, my co-host for the past three years, has been a willing collaborator.

The very great collegiality of many Myanmar watchers in academia and beyond has always been a major source of stimulation and encouragement. I trust that most of my intellectual debts are clear from materials cited in the text. Informal conversations with diplomats, educators, aid agency workers and business people operating on the ground inside Myanmar or along its lengthy borders have also been tremendously helpful.

My enthusiasm for all things Burmese has been fuelled by many people, but perhaps above all by the colleagues and students who in summer 2008 helped launch the Faculty’s MOEI program of intensive English-language teaching in Mae Sot, Thailand. Glenn Shive and Daniel Siegfried played important early roles, and the late Hugh Cory was a truly inspirational trainer. Serena Yang provided essential financial support for an untried and untested initiative. Critically, the first cohort of teachers was exceptional and generated many stalwarts of later programs: Anushri Alva, Carl Browne, Ray Chan, Steve Gomersall, Grace Ip, Winnie Kwan, Diana Parker, Priscilla Sham, Peggy Wong and April Yeung. Sincere thanks to everyone.

From Myanmar friends, acquaintances and strangers both inside the country and in the diaspora I have learned more than they or I know. It has always been a great pleasure and privilege to talk, and I am enormously appreciative of the time and trust accorded to me. I am especially thankful to recent generations of Myanmar students at The University of Hong Kong. The fact that I do not name names here in no way diminishes my gratitude. I hope that through this book I can give something back.

Several colleagues read some or all of the draft manuscript and in each case provided valuable comments that undoubtedly made for a better book. Very great thanks indeed to Daniel Bell, Romain Caillaud, Ian Carter, Roman David, David Skidmore, David Steinberg, Derek Tonkin, Paul Wilding, Garrath Williams and two anonymous readers approached by the publisher. The usual disclaimer applies.

Last but by no means least, for belief and support across many years I thank Wesley Chan and Mary, Kathryn, Brian and Marjorie Holliday.

Myanmar names
usually cannot be separated into a family name and given names. Other than in a small number of ethnic nationality languages, they function as an indivisible whole and are presented that way here.

Honorifics
are still commonly used in Myanmar. In the dominant language, respect for successively older males is indicated by
Maung, Ko
and
U.
For successively older females, it is denoted by
Ma
and
Daw.
However, such titles are used as sparingly as possible here. Only major historical figures such as U Nu and U Thant are given honorifics, chiefly because they would be unrecognizable without them. Their actual names were Nu and Thant.

Nineteen Seventy-Four by David Peace
The Fall of the Dagger (The Forsaken Lands) by Glenda Larke
With a Little Help by Valerie Parv
A Study in Terror by Ellery Queen
Hostage Three by Nick Lake
Eyewitness by Garrie Hutchinson
Ask Anybody by Constance C. Greene
Whitney by Celia Kyle
Cat Magic by Whitley Strieber
Dark Confluence by Rosemary Fryth, Frankie Sutton