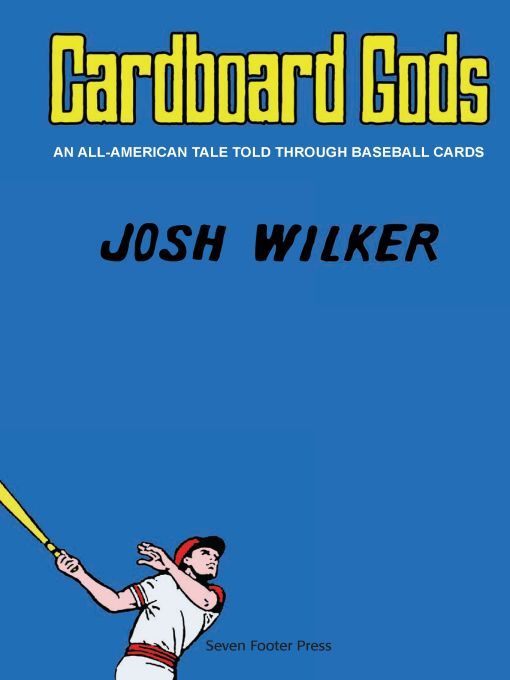 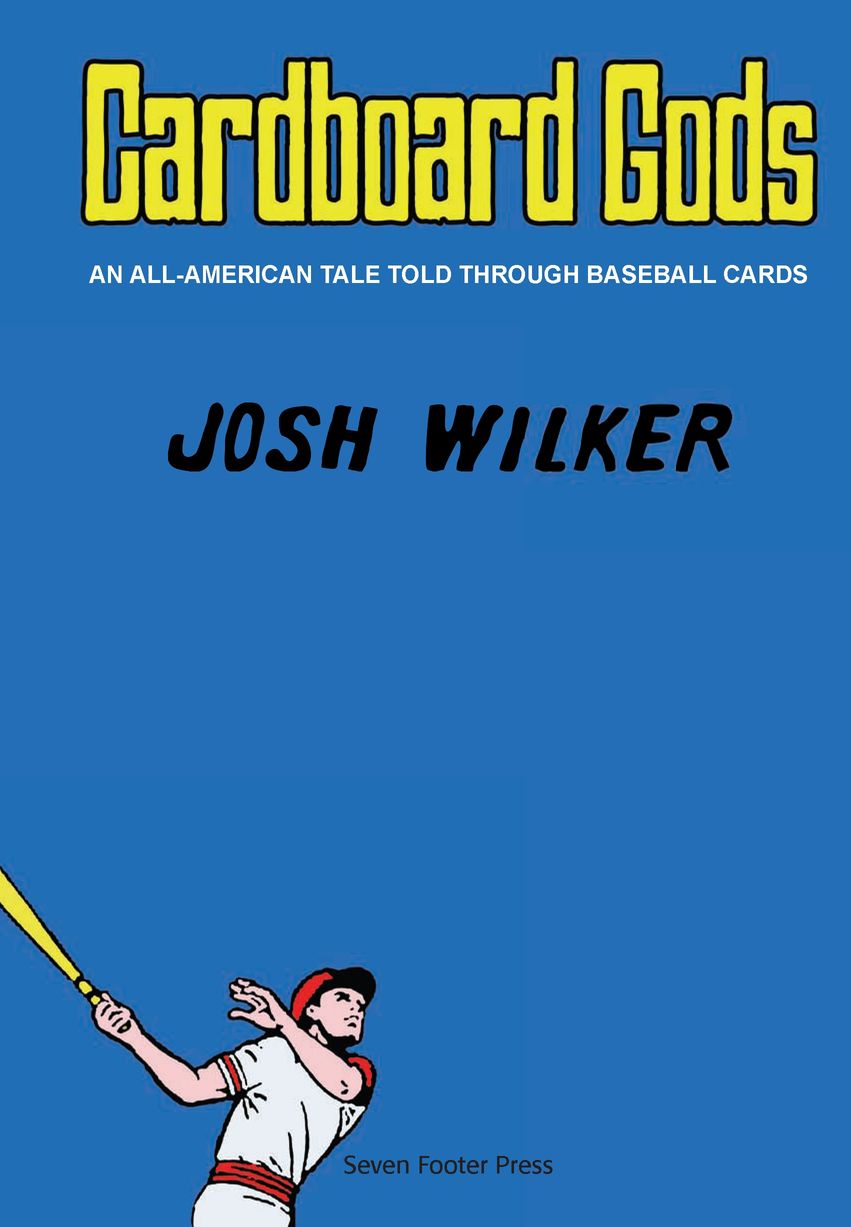 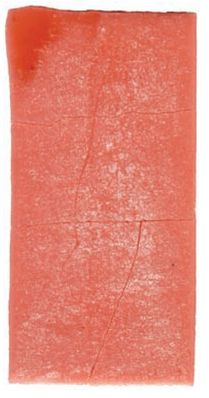 I don't remember what I wished for before our wishes were the same. It didn't matter who was blowing out the birthday candles or throwing a coin into a fountain or scattering the seeds of a dandelion. When we were given a wishbone, I wanted to win, and so did my big brother, but for a long time it didn't matter which way the wishbone broke. I don't remember what I wished for before baseball.
At the end of the summer of 1975, when I was seven, we went to our first game. It was only a couple weeks after our recently reshaped family had moved into a damaged house in what seemed to be the middle of nowhere. Mom and her boyfriend, Tom, had their hands full trying to make the place livable, and they didn't have much money either, but they knew what my brother and I had begun to wish for. So they took a break from ripping up rotted carpeting and tearing down warped wooden siding and painting over swear words and crude pornographic drawings, and we drove three hours in our VW Camper to Boston. The length of the trip seemed almost unbearable to me. I couldn't wait to finally get a glimpse of my gods.
Â
When we walked up the concrete tunnel and I saw the field for the first time, the deep green color of the grass hit me like the heartbeat of something benevolent and immense. I followed my family to our seats in a daze. You only sense that pulse a few times your whole life.
A little while later, after the game had begun, my brother elbowed me in the side.
“Hey, here's Yaz,” he said. It was true. Walking to the plate was the real version of the figure from my favorite baseball card. He had big numbers on his card stretching far back in time, to way before I was even alive. He had been an All-Star year after year. He had won the Triple Crown. Everyone everywhere seemed to understand.
“Come on, Yaz!” my brother yelled.
“Come on, Yaz!” I yelled.
Everyone everywhere was yelling for Yaz.
As the game went on, the desire on the part of the crowd for Yaz to come through grew into something deeper and more desperate. A hunger. Each time he came to the plate the sound of 30,000 people pleading his name got louder. We pleaded along with the crowd again and again, our throats getting hoarse. He kept failing. His last chance came in the eighth inning with a man on second. We tossed the last shreds of our voices into the roar.
1st PACK
2 +2+ = 5 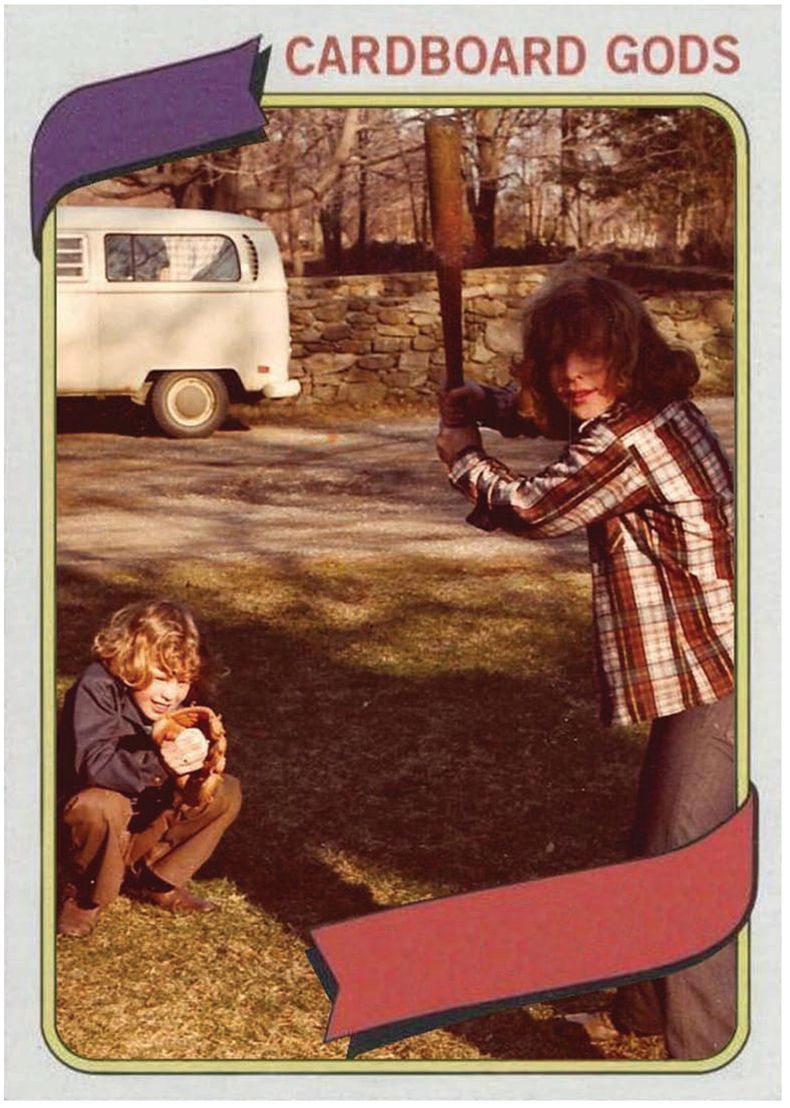 For a long time, I knew how to find happiness. All I needed was a quarter.
I lived in the country, far away from almost everything. Far away from the suburbs where I was born and had spent the first six years of my life. Far away from clear television signals. Far away from my favorite place in the world, where the baseball team I loved played its games. Far away from my father. Far away from all other kids except one.
Sometimes that kid, my older brother, Ian, would nod when I held up a baseball glove and a ball, and we'd go out into the yard. But sometimes he would be far away, too, lost in a thick book about distant worlds. I'd say his name and say his name, but when he was this far away he'd either say nothing or tell me to leave him alone.
But I was close enough to one thing. If I had a quarter, I could walk a half-mile to a general store and buy a pack of baseball cards.
Sometimes I wouldn't be able to stop myself from ripping open the pack within seconds of its purchase. But even while doing so, I was aware that it would have been better to wait. So most days I carried the pack home unopened. It was important to discover the new cards at home, as if in some way delaying the discovery until then helped define that faraway house as my home, as someplace special in the world.
I switched the pack back and forth from my hands to my pocket as I walked, liking how it felt in both places. I liked to feel the waxy surface of the pack and the thin raised rectangle of hard gum inside. I liked to feel the sharp edges of the cards through the pack, too,
and to imagine that they'd somehow never once been touched by human hands.
When I got home I went up to the room I shared with my brother. In the early years I would do this in hopes that Ian would be there, so I could show him the new cards as they came to me. As the years went on he was there less and less, and sometimes even if he was there I'd be able to tell that he was far away, and I'd take the pack to my side of the room without saying his name.
As I write this, decades later, almost all the things that made that room my room are long gone. The poster of David “Skywalker” Thompson levitating his way to a tomahawk slam. The poster of Ace Frehley, his silver-painted eyes clamped shut, using his guitar as a phallic conduit for the infinite wonder of the cosmos. The magazine cutout of Cheryl Tiegs in a see-through fishnet bathing suit walking straight toward me with a dreamy smile. All the various lint-covered objects made of Nerf. All the piles of hand-scrawled solitaire Strat-O-Matic scorecards. The only thing that remains is the heart of the room, the box containing all the baseball cards I ever brought home. The box I've carried with me through my life.

Wildlings Enraptured: The Novella: (Fantasy Dark Erotica, Paranormal Sex Stories, Fairy Sex) by Jill Soffalot
Heir in Exile by Danielle Bourdon
Fuel To The Fire (New Adult Contemporary Romance) by O'Connor, Brynn
The Dress by Kate Kerrigan
Picture Her Bound-epub by Sidney Bristol
And the Hippos Were Boiled in their Tanks by William S. Burroughs and Jack Kerouac
Ritual by Mo Hayder
The End of Faith by Harris, Sam
The Never List by Koethi Zan
Craving (Steel Brothers Saga Book 1) by Helen Hardt