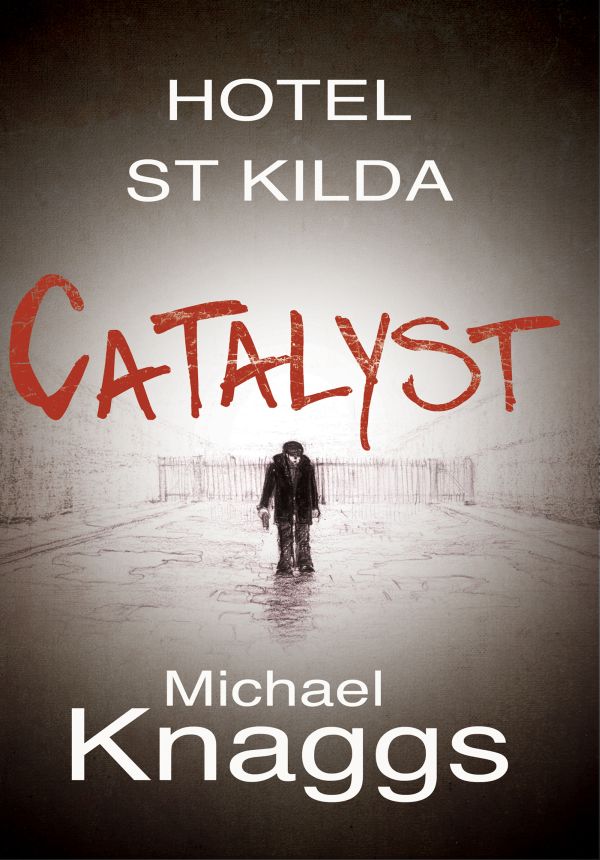 Apart from any fair dealing for the purposes of research or private study, or criticism or review, as permitted under the Copyright, Designs and Patents Act 1988, this publication may only be reproduced, stored or transmitted, in any form or by any means, with the prior permission in writing of the publishers, or in the case of reprographic reproduction in accordance with the terms of licences issued by the Copyright Licensing Agency. Enquiries concerning reproduction outside those terms should be sent to the publishers.

This book is a work of fiction and, except in the case of historical fact, any resemblance to actual persons, living or dead, is purely coincidental.

Matador
Â®
is an imprint of Troubador Publishing Ltd

âThe wicked draw the sword and bend their bows

to bring down the poor and needy,

to kill those who walk uprightly;

their sword shall enter their own heart,

and their bows shall be broken.

The righteous shall be kept safe for ever,

but the children of the wicked shall be cut off.

The righteous shall inherit the land,

and live in it for ever.'

The rocks were exceptionally hot to the touch as the eight men dropped down onto their stomachs and squirmed forward towards the edge of the escarpment which overlooked the focus of their mission. Like stepping into a hot bath, it took several seconds for their bodies to adapt to the new environment before they could relax without being conscious of the discomfort.

Three heads pushed up slowly over the edge and looked down in silence for a full minute, taking in the scene before them. The ridge to the left of where they lay curved round in a tight arc through ninety degrees then straightened again to continue directly away from them for as far as they could see. The ground fell away steeply along the whole length of the ridge to the flat rock-strewn bed of a dried-up prehistoric lake.

Some distance away and about 100 feet below them on the flat ground, they could make out two dozen or so men in military kit milling around beside a couple of tents pitched, like sentinels, at either side of the entrance to a large cave in the basin side. The men were chatting and smoking, and occasionally looking into the distance directly away from the three observers.

Captain Malcolm Randall, commander of the small operational unit, spoke to the man on his right. “This close enough, Major? I don't think we can get any nearer.”

The man didn't answer immediately but took his time looking round the site. He was tall and slim, with square shoulders and a narrow waist, but without the highly developed muscular frame of each of the rest of the group. He was also the senior by ten years of the next oldest there. His intense dark eyes set in a sharp-featured, handsome face took in all the factors of terrain, light, target angle, range and position that would contribute towards or detract from their chances of success.

“This should be fine,” he said, eventually, turning to the third man.

“Sure. You're the man, sir,” said the young soldier, grinning.

The Captain slid back the few yards to the other five members of the team.

On the ridge, the two men dropped down below the sight line and the Major unslung the two rifles he was carrying, a signal for the other man to do the same. They each rested one against the rock beside them and slowly pulled the other up over the parapet, shouldering them into position.

“Guy closest to the first tent,” said the Major.

He steadied his weapon and peered through the rifle scope. The two lines of mil dots at right-angles to each other, intersecting in the centre of the reticle, formed the cross-hairs and provided the means of estimating the range. He focused on the man nearest the tent. Assuming his height to be six feet and noting that his image through the scope covered four-and-a-half spaces between the dots, he was able to convert this information quickly into a range of 445 yards.

He turned to his partner.

“Have you got your dress on?”

“Tell me again what it stands for.”

“âDigital range estimation system' and I admit, before you say anything, it's nowhere near as accurate as you.”

“Just as long as you realise that. What do you make it?”

Mike focused on the same man through the rifle scope, and then held down a button which changed the image to a small screen showing the estimated range in both metres and yards.

The Major shook his head in disbelief.

“Jesus! In other words, a rifle with a built-in barometer. What next, for Christ's sake? No wonder the old skills are dying out.”

The young soldier looked across at him and grinned.

“So, did I get it right, sir? Based on your ancient skills?”

“You always were a precocious little shit, Hanson, right from the first training session. You were five yards out, if you must know.”

âLittle' shit was hardly an appropriate description. Mike was well over six feet tall, broad-shouldered and with a ruggedly attractive face that gave him an air of authority and toughness. That is when it wasn't smirking, which it usually was.

They adjusted their scope elevation to account for the drop and the young Corporal slid below the level of the ridge and turned onto his back, closing his eyes against the sun. The Major continued to survey the scene around him.

“Four-forty yards,” he said, to himself. “That's good. All in range, and a walk in the park for old faithful.” He tapped the barrel of his rifle affectionately; an Accuracy International L96A1, generally accepted as the best sniping rifle in the world. Certainly the Major thought so and, as a consequence, so did Corporal Hanson.

“Absolutely no wind for a change. One thing less to worry about.”

Looking across to the right where the ridge continued, rising gradually upwards, he noted a distinctive and familiar protrusion of rock sticking out from it, looking a bit like a private box set slightly forward from the Circle in a theatre or concert hall.

“I've been here before, you know,” he called down to Mike.

“Twelve years ago: it was over there.” He pointed to the rocky outcrop. “Doing the same job as today.”

“Successful trip, was it?”

The Major shook his head.

“You probably didn't allow for altitude,” said Mike, with his hallmark grin.

The Major smiled, although the memory was not a pleasant one. Right now, however, he fixed his eyes again on the direction their present target would arrive from. There was no sign yet. He glanced down at the young man by his side who now seemed to be sleeping peacefully without a care in the world. He hoped that was true, and that it would remain that way.

The waiting continued. Eventually, Captain Randall appeared anxiously by his side, looking at his watch. The Captain was half a head shorter than the two marksmen, stocky and broad-shouldered, with sandy hair and eyebrows, and a round face which seemed to be set in a permanent frown of concentration.

“We need him to get a move on; he's two hours behind schedule already,” he said. “Apart from anything else, we're going to get some snow in the next hour or so and I don't fancy being far from the transport when that comes down. I expected we'd be done here by now. I hope to God he hasn't been tipped off,” he added as an afterthought, “in which case I guess we should be looking behind us.”

Almost as he finished speaking, the welcome cloud of dust appeared in the middle distance.

“Someone's on his way,” said the Major, nudging the somnolent Corporal. “Care to join us?”

The three men lay flat and still, watching the dust cloud get closer. The Captain steadied his binoculars.

“Three vehicles â Defenders. Short wheel-base at the front â just two men â driver and one passenger in the front seat beside him. Guess that's our man. Two long wheel-base pick-ups behind; one driver and looks like about six men in the back of each.”

He lowered his bins.

“What do you think?”

“Suggest we get the guys in place right now,” said the Major. “Don't want any movements on their sky-line when they get close. We'll try to take him in the car as he arrives â but no promises. Depends on position of the vehicle when he stops. Target won't normally move from his seat until the driver opens the door for him. He usually goes round the back of the vehicle to do that. We could have ten seconds at best. Be ready to start countdown from when he puts the handbrake on. Mike, find your position â now!”

He could feel his excitement rising and surfacing in the way he snapped out the last word to his co-marksman.

The Captain turned and waved the men forward.

They fanned out along the ridge on either side of the three already there, slipping their assault rifles from their shoulders and settling themselves in readiness. The dust cloud moved closer â now less than half a mile from its destination below them.

The Captain went through the briefing with his men.

“We'll try to take him inside the car as he arrives, so Major will initiate countdown. Count of six. Mike fires on three, Major on two; all fire on zero. Check?”

“Check!” All seven responded as one.