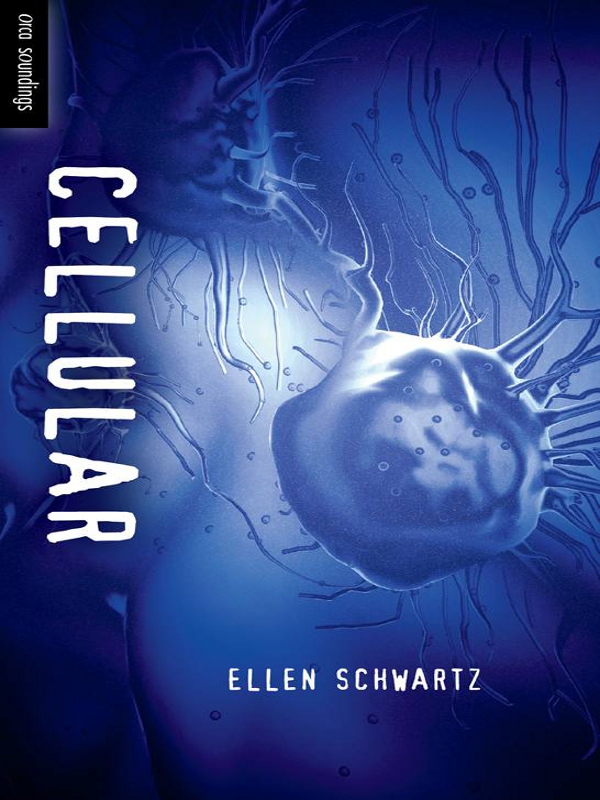 Summary:
When Brendan is diagnosed with leukemia, his life is turned upside down. With a smothering family and distant friends, all seems hopeless until he meets Lark, terminally ill yet full of life.

Orca Book Publishers is dedicated to preserving the environment and has printed
this book on paper certified by the Forest Stewardship Council.

I'm sitting across the desk from Dr. Wong. My mom is beside me, clutching her purse.

Dr. Wong folds his hands. Clears his throat. Glances at the folder in front of him, then at me.

“I'm afraid I have bad news, Brendan. It's leukemia.”

It goes right by me. I don't even hear it. I'm so prepared to hear anything elseâ a virus, mono, meningitis, even avian fluâthat it's only when my mom gasps that my mind backs up, rewinds the tape, and I actually hear what he just said.

It must be someone else.

Leukemia is for pathetic-looking bald kids with big eyes. Not me.

Is there treatment? Is there a cure?

It was a complete shockâbut then, looking back, I realized that I should have had a clue. I'd been feeling like crap for months but kept brushing it off.

I had no energy. Got the chills out of nowhere.

Must be the flu.

Had no appetite. Started losing weight.

Must be a stomach thing.

Got pains in my joints. Weird bruises appeared.

Must've worked out too hard at basketball practice. Pulled some muscles. Bumped into guys too hard in the paint.

I knew I should see a doctor, but there was no way I was going to miss basketball. When my mom pestered me, I said I'd go, but
after
the season,
after
I'd led my team to the finals. Only, of course, my scoring dropped off, my stamina disappeared, and Coach, looking puzzled and just a little pissed off, started sitting me on the bench. And, as it turned out, I was nowhere near a basketball court by the time my team playedâand wonâthe finals.

It was only when I couldn't get it up with Cassie that I really began to think something might be wrong. Ah, Cassie. Cassandra Villanueva. Big brown eyes, wavy black hair, luscious mouth.

We started going out when she came on to me at a party. It was early winter.

I'd just been named captain of the basketball team. Later I wondered if that had anything to do with it. Cassie had a reputation for going out with all the captainsâshe'd already gone through football and soccer.

But at that moment who cared if that was why Cassie was after me? Not me. She came into the kitchen, where I was hanging out with Kesh and some other guys. Slinked up to me, every part of her tracing curves in the air. She nodded at the can I was holding. “Can I have a sip?”

I almost told her there was plenty of beer on the table, but then I realized that wasn't what she was after. I held out the can. “Sure.”

She took a sip, handed it to me, then pulled it back. “Oops. Sorry. Got lipstick on it.” She started rubbing off the red mark with her fingertip, then smiled. “Unless you want me to leave it there.”

So we started going out. We got into it pretty good, making out, touching, driving each other crazy. One night I started unzipping her jeans. She put her hand on mine. “Brendan,” she said breathily, “I don't do that.”

I looked at her. “Oh, really? That's not what Tyler Martin said.” He was soccer.

She turned red. “That jerk!” Then she shrugged. “Well, okay then. But use a condom. And promise not to tell anybody.”

So we did it all the time after that, in my basement, in her basement, in the backseat of my parents' car. And I have to tell you I felt pretty good about it. Here I was, cruising through my senior year, captain of the basketball team, getting laid by the prettiest girl in school, on track for a basketball scholarship and maybe, someday, dream of dreams, the NBA.

This one night we're fooling around on the couch in her rec room. We're kissing and touching and Cassie starts moaning in the back of her throat in that sexy way she has, and nothing is happening. I mean, I'm as limp as the proverbial wet noodle. I haven't been feeling well lately, I've been tired, dragging my ass into school, and I can hardly get myself off the floor to make my jump shots. I've noticed that I look like hell, pale and thin, so I've stopped looking in mirrors.

But
this
is really weird. It's never happened before. I shift position to let Cassie rub herself against me. She starts unbuttoning her shirt, breathing those short warm breaths on my neck that tell me she's ready. But still nothing is happening. And this is totally bizarre because normally I just have to smell her hair to get a boner.

Finally I know it's not going to happen. Gently, I push Cassie away. “Uhâ¦you know what? I don't feel so hot. We'd better not.”

A look of disappointment flickers over her face. Then she puts on a smile. “That's okay, Bren.” She looks concerned. “I hope you're not coming down with something.”

That was when I knew something was wrong. The next time my mom pestered me about seeing the doctor, I agreed to go.

Now, in the doctor's office, my mom bursts into tears. Dr. Wong starts filling out hospital admission forms. My heart pounds. The word bounces around in my brain like a song you can't get out of your head.

The family descends. Literally. My sister Maureen, heavy with child, as they say in my grandparents' Bible, flies in from Calgary. Grandma and Grandpa, my mom's parents, drive in from their retirement village in Kelowna. They're dressed, as usual, in matching golf outfitsâwhite pants, peach-colored shirts and spotless white shoes. Nana, my dad's mom, takes the ferry over from Victoria.

We all sit in the living room. We're pretty squished, and I offer to sit on the floor, but they won't hear of it.

“Not in your condition, honey,”

It's been like this. Kid gloves. My parents have been hovering, doing everything for me. Pouring my cereal. Making my bed. It would be funny if it wasn't so tragic.

“Would anybody like something to drink?” my mom asks.

Everybody says they're fine.

“You should have something, Bren,” Maureen says.

“I don't want anything.”

“Milk? Juice? Something to keep your strength up.”

Everybody looks at me.
Temper, temper.
Not like you, Brendan
, I see them thinking.

Screw it, I think. This little gathering wasn't my idea. Let's just get it over with.

My mom jumps up and starts passing around stacks of paper. “I downloaded information about leukemia, so you'll know what it's about.”

My mom is one of those people who believe that the key to tackling any problem is to study it. Collect the facts and analyze the crap out of them. After falling apart in the doctor's office, she pulled herself together and sprang into action. Surfing the Net, downloading, photocopying everything there is to know about acute lymphocytic leukemia, or all . Within two days, her conversation was all about lymphocytes and neutrophils and induction therapy.

Meanwhile, my dad's been a wreck. I hear him sobbing behind closed doors. He comes out red-eyed, forcing a smile, patting me on the back and saying, “Everything'll be fine, Bren.” Like he's trying to convince himself, not me. Freaks me out.

Nana leafs through the stapled pages. “Says here that Brendan's type of leukemia has a very high remission rate.” She scans the room. “That's good, isn't it?”

I can't look at her. Nana is a tall, broad-shouldered womanâshould have been a linebacker, my dad and I often joke. She has a deep, husky smoker's voice, drinks vodka and swears like a sailor. She's famous in our family for getting stinking drunk at Maureen's wedding and trying to do a striptease in the middle of the dance floor. (Fortunately she only got as far as flinging her shoes and earrings into the crowd before my dad hustled her out of there.)

But now her eyes are rimmed with red and her face sags. Every so often she turns away and those massive shoulders shake. I can't stand seeing her cry. Nana never cries. It threatens to bring back my own tearsâI've pretty much been a faucet the last few days. When I'm not swearing and throwing stuff across the room, that is.

“Ninety-five percent,” my mom announces, pointing at the statistic.

Grandpa nods. “The odds of beating it are excellent.”

Oh yeah? I think. And just how do you know that?

“You'll fight this. And win,” Maureen says, fixing me with that big-sister glare. Like, you better do what I say or else.

“And we'll be fighting with you, Brendan, every step of the way,”

Bull, I think. Are they going to go through chemo with me? Puke? Lose their hair? Maybe go sterile? Maybe die? No way. That's a road I'm going down alone.

“Lily Taranoff?” Grandma says. “Who lives two units down from us? Her granddaughter had leukemia. Just a little tyke she was. But she beat it, and now she's fine.”