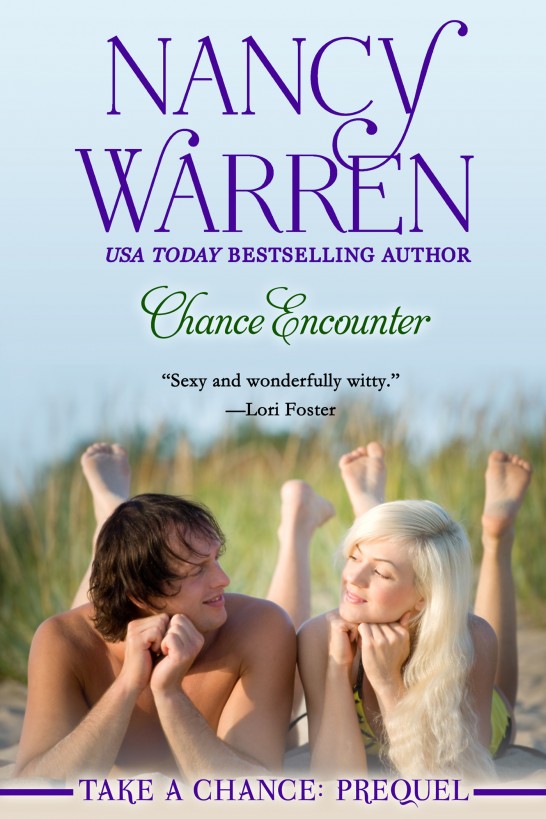 All rights reserved. Without limiting the
rights under copyright reserved above, no part of this publication
may be reproduced, stored in or introduced into a retrieval system,
or transmitted, in any form, or by any means (electronic,
mechanical, photocopying, recording, or otherwise) without the
prior written consent of both the copyright owner and the above
publisher of this book.

This is a work of fiction. Names, characters,
places, brands, media and incidents are either the product of the
author’s imagination or are used fictitiously. The author
acknowledges the trademarked status and trademark owners of various
products referenced in this work of fiction, which have been used
without permission. The publication/use of these trademarks is not
authorized, associated with, or sponsored by the trademark
owners.

This book is licensed for your personal
enjoyment only. This ebook may not be re-sold or given away to
other people.

Thank you for respecting the author’s
work.

On the Greyhound bus heading from California
to Oregon

Daphne Naigle was making a list. As the
Greyhound bus rolled north and California sunshine gave way to
darkening skies and then drizzle, she passed the time writing in
her neat, round handwriting, all the things she could now call
herself.

Fallen Woman. That topped the list. Such an
old fashioned term.

Single mom. She tapped the end of her pen
against the page. Crossed that out neatly. On a fresh line she
wrote.

A shiver of fear trembled through her the way
the wind was blowing through the trees on the side of the
highway.

She’d be nineteen when her baby was born. Her
hand slipped to where her waist used to be. At five months
pregnant, she wasn’t showing that much but she hadn’t been able to
zip up a pair of jeans in four weeks. She wore sweats, mostly. And
bulky shirts.

She crossed out the last item on her list.
Rewrote it one more time.

She started to write Adulteress but she
crossed that out too. She’d take the rap for a lot of this mess,
but her American History prof had told her he was separated before
she let him take her to bed.

She hadn’t known that separated, in his
terms, meant that his wife and kids were visiting her family back
in Virginia for a month.

She let her head drop back on the padded
seat. The bus changed gears and jolted slightly. He looked like
Sidney Poitier, she thought. And as she’d sat there in class,
mesmerized by his deep, rich, professorial voice and heard him
lecture with passion on freedom and justice, she’d believed in him
with every fiber of her being.

She worked harder in his class than any
other, and when he’d asked her to help him research a book he was
writing, she’d been thrilled.

There was a young guy sitting in the seat
across the aisle from hers. The bus wasn’t very full so the only
people sharing seats were the ones traveling together. Everybody
else got two seats to themselves.

She’d noticed him checking her out as soon as
he got on the bus a few towns back. He wasn’t much older than she
was. In his early twenties, probably. In a different time, she’d
have flirted with him to pass the time. He looked cute, with curly
hair that fell to his shoulders, hunky body in a well-worn denim
jacket and jeans.

But she didn’t flirt. Not anymore.

The miles dragged on. Her
eyes grew heavy. She felt the rattle of the bus as her head slipped
so it was against the window.
Ow
. She pulled a sweater out of her
bag, bundled it against her cheek and let sleep take
her.

“
Are you all right?” A
low, soft male voice startled her.

Daphne blinked, not sure where she was. Her
heart was thudding and black shadows of a nightmare clung. She
blinked again and thudded back to reality. The bus. The young guy
from across the aisle, now sitting beside her, looking worried.

“
I’m fine.” She realized
her cheeks were wet and wiped at them with her hands.

“
Thanks.” She wiped her
face.

“
Go ahead, blow your nose.
I have another one.”

She did. Feeling embarrassed. “Was I making
noise?”

“
You were crying in your
sleep. It wasn’t loud, just really sad.”

She glanced down at her lap and saw that her
notebook was sitting open. No way he could have missed reading what
was written there. Not only had she underlined STUPID pregnant
teenaged slut but she’d gone over the word stupid a few times with
her pen. Shit.

“
What are you, a
minister?” She felt bitchy and cranky and who needed a complete
stranger poking into her problems?

“
No. I’m a guy on a bus
with some hours to kill. I’m a good listener. A stranger. Sometimes
it helps to talk.”

She
glanced at him and she thought he had the kindest eyes she’d ever
seen. Blue, so blue, and yet there was a hardness to his face that
made her wonder.

She took her fingertip and pointed to the
words, STUPID pregnant teenaged slut, in her notebook. “That’s my
story. Right there.”

He reached over and put his hand over hers,
only for a moment but she felt the warmth, the leathery palm that
suggested he worked with his hands. “That’s not a story,” he said.
“That’s some shit you’d find scrawled on a bathroom wall.”

Before her bemused gaze, he reached over and
ripped the page out of her notebook with a satisfyingly destructive
sound. He tore the page in half. Then he turned the two pieces to
the side and ripped again. He crumped the jagged squares of paper
into a ball and stuffed them into the seat pocket in front of him
where someone had left an empty Snickers Bar wrapper.

He picked up her pen before it could fall to
the floor, reached once more over the now fresh page in her
notebook and wrote in big block letters.

THE BEGINNING. He handed her back her pen.
“That’s your story.”

She felt the fluttering movement in her belly
that reminded her of how true those words were. “Okay. The
beginning.”

He settled beside her and she wasn’t sure
whether she wanted him to go back to his own seat or not.

He was right. He was a stranger she’d never
see again, what did it matter if he knew the awful truth about
her?

He had a pocketbook in his hand, as though
he’d been reading when her sobs reached him. Mortifying
thought.

She glanced at the
title.
Interview with the
Vampire
, by Anne Rice.

He saw the direction of her gaze and said,
“You read this?”

“
It’s pretty good. I’m
almost done. You can have it when I’m finished.”

“
A man sucking a woman’s
life blood out of her and leaving her undead is too much like my
life right now,” she said. Then winced. “That was a little heavy on
the self pity, right?”

“
Maybe a little.” He
turned his head and once more she was struck with the blueness of
his eyes. Something about him made her want to trust him. “I bet
your story’s as interesting as this one.”

“
Don’t you want to tell me
yours?” She couldn’t remember ever meeting a guy who didn’t seem
more interested in his own story than in anything she had to
say.

She laughed in spite of herself. “Can you do
that?”

Jack wondered when he was ever going to stop
picking up strays. Hurt kittens and starving dogs and girls with
big eyes and sad stories.

Everything he’d never had.

His hardscrabble life had made him tough
though. This poor girl looked like one of those flowers he’d seen
as a landscaper. Had to be cultivated in a green house. One whiff
of strong wind or a few drops of rain and that delicate bloom would
wither and die.

Her hair was long and as blond as a
California beach. Her skin was tanned and when she smiled, she
looked like that model who was forever in Sports Illustrated.
Christie Brinkley.

But for the shadows in her eyes.

She turned a little in her seat, so she faced
him. Tucked her hair behind her ears. “You really want to
know?”

She seemed to be searching for a place to
begin. Finally she said, “I started college last year. It was my
first time living away from home.”

Her story was a tragedy in the way that every
girl who gets taken advantage of by an older man who oversteps the
bounds of honor and decency is a tragedy. Jack had heard way too
many stories like it.

When the professor who knocked her up found
out she was pregnant, he had freaked. Admitted he had a family.
Cried. Told her he’d pay for the abortion.

A familiar anger at the injustice of the
system clenched at him. When he was older, when he had some money
and some authority, he was going to change things in some small
way. He wasn’t a politician or a crusader, but he believed in
trying to make a difference. “Did you report him to the university?
Call his wife? Go to the cops? Tell me you did something?”

She rubbed her forehead. “I followed him home
one day so I knew where he lived. I started staking out the place
because I wanted to confront his wife when he wasn’t around. I
planned to tell her everything.” She played absently with her hair
and he watched the way the light spilled through the honey and gold
and silver threads.

“
His wife finding out was
the thing he’d seemed most afraid of. So naturally, that’s how I
decided to hurt him back.” Daphne paused. He wished there was a
drinking fountain on the bus. She seemed like she could use some
water.

“
One day, she came out of
the house. His wife looked like a nice woman. She had two little
boys with her.” She squinched up her eyes as though the memory
stabbed at her. “She was heavily pregnant.”

He could almost see her spine stiffen. “I
finished the school year. Even though I was sick as a dog with
morning sickness, I went to classes and I finished my papers and
wrote every exam.”

“
You bet. I sat in his
classes and I made him sweat. I sat farther back and I stopped
asking questions, but I was there. He’d get nervous and stumble
over his lectures. Then he started getting grad students to teach
his classes for him, claimed he was busy with his book.”

Jack began to realize that this girl wasn’t
the hothouse flower he’d taken her for. She had guts. And
integrity.

She was also alone on a bus headed north.

“
What about your
parents?”

She grabbed the pen and started doodling
mindlessly on the open page of her notebook, right under the words,
The Beginning. “They didn’t take the news well. Not well at
all.”

“
No. But it’s hard to live
with constant disapproval.” She was sketching rapidly and a tree,
like something out of an enchanted forest, took form under her pen.
“So I called my great aunt.”

“
Yes. She’s the black
sheep of the family and I love her to bits. She’s completely
unconventional. Never married but had countless lovers. She was a
journalist and probably a communist. Now she lives on this property
in Oregon and she invited me to come and live with her.”