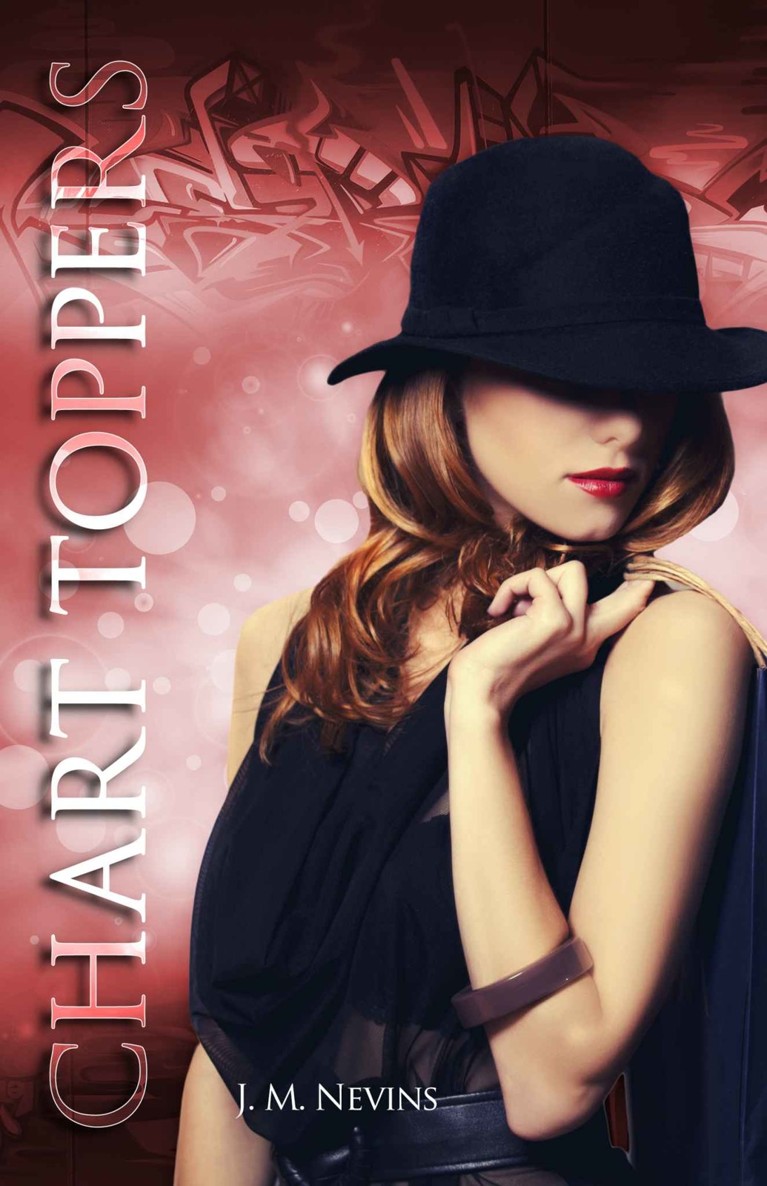 Names, characters, places, and incidents
are products of the author’s imagination or are used fictitiously.

Any resemblance to actual events, or
locales, or persons, living or dead, is entirely coincidental.

All rights reserved,
including the right to reproduce this book or portions thereof in any form
whatsoever.

To all who strive to get
to the top and find the resolve to stay there.

To my entire family, immediate and extended,
especially my amazing little brother, Dan, for your creative, entertaining
spirit.

Thank you all for your constant,
unending love and support of my writing and me.

To my ultimate bestie, Teri McCarty who is
still totally rocking it and an eternal supporter of me and my work.

And a big thanks to all my
new readers and fans.

And
thank you to God for continually
guiding my steps and making all of this possible.

Sully
shook his head in disbelief.

He
felt flooded with a mixture of emotions.

On one hand, he felt awful for her, on the other, he felt a distinct
bubbling rage over the politics of the boy’s club she mentioned. He knew a
gross double standard existed in the industry, but hated seeing in play out
against his wife.

He
easily recalled their humble beginnings and felt his anger melt into sorrow.

He remembered when Kit had started the
company five years ago, with Scorcher, one of the bands she was managing when
they met.

At the time, Scorcher on
the brink of getting signed and were one of the main reasons she started the
company in the first place.

He felt
partially responsible for the mess knowing her attention had been solely
focused on Gypsy Tango the past few years.

That attention had driven them to the level of superstardom they were
starting to experience now.

He
never anticipated it could backfire, turning her management company into a
sacrificial lamb.

His
anger started rising again, running through the chain of events, and he found
his thoughts taking him to unpleasant visions of ripping Dante apart limb by
limb and leaving him for dead.

Rather than continue down that negative, spiteful road to devise a
method of converting his malevolent thoughts to actions, he quickly returned
his attention to Kit.

He realized
what she needed more than anything right now was his support.

He gently stroked her back to comfort
her. “I’m sorry, babe.”

“I talked to both Richard
Branson and David Geffen a little while ago.

That’s how I figured out what
happened.

I put the pieces of the
puzzle together with their help.

Two of my artists were with Virgin Records, one with Geffen.

They were both concerned that these
artists were going to this new management company, but their A&R people
went ahead and pushed it through before legal could review it.

“I put
in a call to Lew to see if he knows of anything weird going on at Diamond
Records, but he’s not back from vacation yet.

I couldn’t get a hold of Drew in
legal.”

She sighed and grabbed his
hand.

She forced a grin, her green
eyes straining to look hopeful.

“But don’t worry, babe, you guys are protected.

I ran everything for GT through a
separate account and a separate part of KMK.

That’s the only part of KMK that still
has a heartbeat right now and luckily a very strong one.

I spoke with Edward.

Much stronger than we projected.”

He stroked her cheek and gazed into her
eyes.

Being financially set was the
last of his worries at the moment.

He was more concerned about how she was going to recover from all of
this.

He then smiled at his
brilliant idea.

You’ll blow him off the map and make
him
look like the fuck up.

He’ll be sorry he ever crossed you.

I’ll make damned sure of that.”

He offered a smug grin as his steel blue
eyes twinkled with excitement.

Sully, have you lost it?

Do you even comprehend the magnitude of
everything I just told you?”

And I know what you’re made of, Kit
McKenna O’Sullivan.

KMK Management will come
back bigger, faster, stronger, better than ever!

I know you can do it, and I will help
you along with so many others, I’m sure of it.

I believe in you, and I know I’m not the
only one that does.

You have a big
camp of supporters; you just need to leverage them.”

She
grinned and stroked his cheek, silently grateful for having such a loving,
supportive husband.

“Thank you for
believing in me so much, but I don’t know if I can do it again.”

Her doubts quickly crept in, and she let
out a defeated sigh.

I’d not only be
rebuilding a company, but also my reputation.

He
laughed loudly, unwilling to give up. “Ok, right.

I’m going to pretend you didn’t say
that.” He stared at her grinning, his eyes brimming with hopeful
enthusiasm.

“Kit, look what you’ve
done for us.

You can do it again,
and we’ll help get the word out—every single one of us.

“That
ring you’ve been wearing on your right hand for years, the one we gave you, it
means a lot more than you being our manager.

I think you know that by now.

You are a definitive part of the heart
and soul of Gypsy Tango, and I can bet all the money in the world that Jimmy,
Bryan, Tony, and even Remo…” He chuckled and then continued.

“Will have your back and go to bat for
you to help in any way they can.

We
already know Nicky and Frank are on our side.”

He
grabbed her hand again and squeezed it.

“Listen, babe, the tour is ending in a week, so we can figure out how
we’re gonna play this out, hop to it immediately and get things back on
track.

You don’t have to do this
alone.

We
can do this!

We’ll
call everyone and tell ‘em that KMK is coming back bigger and better than ever!

And we will personally make sure that
everyone knows how badly you were screwed over by some big time crooks in this
industry who attempted to destroy you, but couldn’t.

She
giggled for the first time in hours, loving his enthusiasm.

She knew his points were valid and
couldn’t resist.

I still need to figure out how this
whole mess happened, but after that I’ll definitely take you guys up on helping
me.

By the way, I think if this
frontman, international rock star thing doesn’t end up working out for you, you
could be a fantastic motivational speaker!”

“Thanks, I’ll keep that
one in my back pocket just in case.”

“Babe,
seriously, I’m sure you could enlist Richard, David and Lew to help out too.

Talk about all the
heavyweights in this industry.

Hell, who are we kidding?

At
this point, you’re a heavyweight too.

You got this, babe, you do.

We’ve all got your back.”

She
agreed, knowing his statement was right on the mark.

The clouds of fear and devastation that
had plagued her mind, all day and night started to dissipate, and she had a poignant,
bright moment of clarity.

She
grinned. “And I think I know who can run it.

Someone I really trust.”

Sully
raised his eyebrows in anticipation.

She
smiled, and her emerald eyes twinkled with determination. “Spence.”

As
Gypsy Tango’s jet touched down at Burbank Airport on a sunny afternoon one week
later, everyone cheered.

The ‘Dangerous Curves’ tour was
officially over. After singing a chorus of Elton John’s ‘Benny and the Jets’ to
their favorite pilot, Captain Ben Russo, they exited the plane and stood on the
tarmac exchanging hugs, kisses, and tears.

The end of the tour always proved to be a bittersweet moment for all of
them.

Sully,
Kit, and Maxine piled into one of the limousines after saying their
goodbyes.

Kit stared out the window
as the limousine pulled away thinking about the impending chain of events to
come, including digging herself out of the KMK mess.

It would have to wait.

There were more pressing matters to
attend to.

She had
to find a way to shut down the chaos in her mind surrounding the bombshell that
was dropped on her the week before.

Mustering all of her positive energy for the festivities ahead needed to
be her primary focus.

This was
supposed to be a time of celebration.

The first item on the agenda was the wedding reception that she and
Sully had put on hold after they married in New York four months ago.

The
celebration dinner they held after their ceremony in January had been for a
small contingent of their closest friends and family.

The wedding reception they had planned
locally was a different story.

Celebrating their nuptials with four hundred guests was sure to be one
of the biggest private parties of the season and one of the most coveted
entertainment industry events of the year.

Their guest list consisted of friends, family, rock stars and many other
impressive A-listers from all areas of the entertainment industry including
famous actors, directors, producers and studio heads.

Betsy had
worked diligently on the road with a wedding coordinator based in Beverly Hills
to make the reception nothing less than amazing.

The honeymoon to follow would be the
icing on the cake.

Kit had given
her all the specifics of what they wanted and let her run with it.

The next forty-eight hours would prove
if that had been a good idea.

Maxine
was dead asleep when the limousine pulled up at the house.

Sully gave Kit a kiss on the cheek and
jumped out to help the driver with their bags and his guitars.

She
leaned forward and tapped Maxine on the knee.

I can’t begin to tell
you how badly I’ve wanted to hear those words for the last three months.

Please tell me it’s real, and I’m not
dreaming.”

“It’s real and you’re not
dreaming.

Maxine
and Kit strolled into the house arm in arm observing Sully and Spencer catching
up on the latest events.

They
laughed as they playfully joked with each other reminiscing over tour
experiences they had shared in the first leg.

Kit immediately felt content, and her
rampant thoughts about the demise of KMK melted away remembering that she was
back home under the same roof with Sully for good.

Two
weeks after their idyllic wedding reception, Sully and Kit returned tanned,
rested and fully recuperated after enjoying a luxurious honeymoon in Tahiti.

Their large front room was crammed
with exquisitely wrapped wedding gifts piled high, in desperate need of attention,
but their time at home was fleeting.

They had exactly three hours to tie up loose ends, pack and head to the
airport to catch a flight to New York.

As they
sat on the private jet together, across from each other at the table, they
silently passed thank you notes back and forth signing their signatures in a
flourish with ease.

Sully glanced
up at Kit and shook his hand out.

“And I thought signing autographs was bad.

How many of these have we signed so
far?”

He motioned to the billowing
stack of signed note cards sitting in unsealed envelopes on the seat next to
Kit.

She
shrugged her shoulders.

We’re blessed we were showered with a mountain
of gifts.”

She looked up and met
his eyes.

“We are either very loved
or people are kissing our asses to stay in our good graces or maybe a little of
both.”

She grinned and winked at
him as he snickered.