Read Children of the Cull Online

Children of the Cull 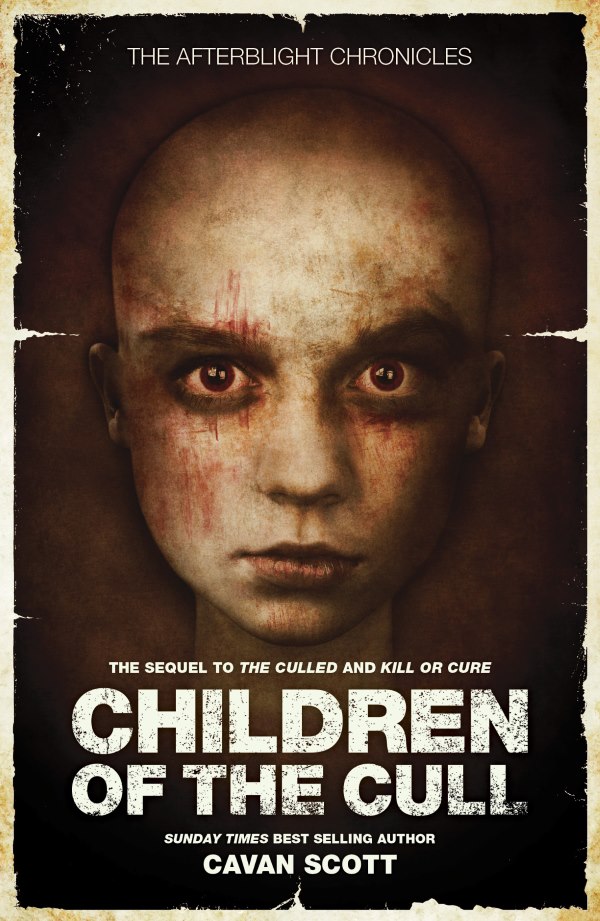 CHILDREN OF THE CULL

The Afterblight Chronicles™, Abaddon Books and Abaddon Books logo are trademarks owned or used exclusively by Rebellion Intellectual Property Limited. The trademarks have been registered or protection sought in all member states of the European Union and other countries around the world. All right reserved.

Death Got No Mercy

Journal of the Plague Year

The End of the End

I
USED TO
dream. Every night, without fail.

The specifics would fade almost as soon as I opened my eyes, the details lost to daylight; but the colours would remain, a lingering afterimage of my nocturnal adventures.

I liked that. Part of my life that I knew was there, but just out of reach. A comforting echo. A mystery.

Not anymore. I assume I still dream. Everyone dreams, don’t they, even if they can’t remember it? I haven’t remembered; not once, since the Cull. No more colours. No more echoes.

Just an empty void from the moment I slipped away to the alarm rudely jolting me back to consciousness the next morning.

The sleep of the dead, that’s what Mum used to call it.

T
HE DAY STARTED
like any other. I threw my hand out, trying to find the snooze button on the alarm, anything to cut off that electronic squawk. I lay in the darkness and sighed. Why prolong the inevitable? She would be waiting for me, out in the corridor, like every morning.

Pulling back the sheets, I swung my legs over the side of the bed, reaching for the light switch. The room came into view with the buzz of ancient bulbs, the nylon carpet cold beneath my feet. I sat there for a minute, staring at the pile of clothes I dropped on the floor the night before. She’d notice the creases, passing judgement if not comment.

And what do you care?
came a voice from the past, my mother standing in our old kitchenette, hands on impressive hips.

Yeah, yeah, Mum, very good. Now get out of my head. There are enough voices in there as it is.

Stretching, I pushed myself up from the bed and padded over to the shower. The alarm kicked back in as soon as I’d closed the door behind me.

I jumped as soon as I opened the door. Stupid. As if I didn’t know she’d be there—but standing right in front of the door? What a freak.

I leant on the doorframe, willing my heart to stop hammering so hard in my chest. “Olive, what the hell are you trying to do to me?”

My assistant removed her ever-present clipboard from beneath her arm to check something off the top sheet.

“Sorry doctor, but we have a busy day ahead. You told me to—”

“I know what I told you.” Sighing, I shut the door behind me, slipping the ID-card from around my neck into the pocket of my medical scrubs so it didn’t swing back and forth as I walked.

You’re not going out in that!
my mother twittered in the back of my mind.
Why can you dress like a lady for once in your life?

Why can’t you stay dead?

Would mother approve of Olive, in her smart navy dress?

Of course she bloody would. She’d probably wish that Olive was her daughter, rather than me.

Yeah, Mum would have loved Olive.

I started down the corridor after her, trying not to be annoyed by the sound of my assistant’s heels clicking along the floor. Who wore heels these days?

“Followed by your ten o’clock with Dr Atkins.”

A little bit of me died inside.

“Do we have to do that today?”

“You put him off yesterday. And the day before.”

“Then he won’t mind if we bump him to tomorrow. If I don’t check the resistance reports today, they’ll never get done. Oh, and I want to schedule a series of allergy tests for Samuel. If we’re going to take him out—”

The wail of a klaxon cut me off, and my heart sank. Not again. Not now.

Breaking into a run, I snatched the walkie-talkie from my belt, opening a channel.

“Control, this is Tomas. Come in.”

There was a burst of static and an American accent replied. Des Moore, chief of security and almost as much as a pain in the arse as Olive. “
It’s another attack, ma’am
.”

“I gathered. How many this time?”

“
The cameras have picked up three. No, wait—there’s four. They jumped the fence to N-4
.”

“At four? I thought you’d secured that?”

“That’s what you said on Monday.”

“
And we
stopped
them on Monday. Ma’am, I need to oversee this
.”

“Yes, yes. Oversee. And then make sure it doesn’t happen again.”

I killed the channel. Arguing with Moore wouldn’t do any good. The bastard would just dig his heels in. He knew his job, no matter what I thought of him. My first priority had to be the children. Always the children.

I flicked the toggle on the side of the handset, switching channels.

“
Jasmine? Can you believe this?
”

The neurologist sounded as frustrated as me, and with good reason.

“
How do you think? We don’t need another day like Monday.
” Her Dundee accent was somehow more pronounced over the radio.

“Tell that to Chief Moore. Don’t worry. They’re targeting Neighbourhood Four. Obviously after supplies. It should be over soon enough.”

“
Until next time. This is the third attack in a week. Sooner or later they’re going to get lucky.
”

I turned the corridor, decided to take the stairs rather than the lifts. The last thing I wanted was a power outage trapping me in a metal box with Olive.

“I’m on my way,” I replied, starting down the stairwell. “Monitor the subjects’ reactions to the alarm. We might as well make use of all this.”

“
Every cloud has a silver lining. Will do. See you in a minute.
”

The handset fell quiet and I clipped it back onto my belt, reaching the ground floor. As Olive clattered after me, I yanked open the door to the main corridor and made for the exit.

I sighed, stopping in my tracks. I hated when Olive was right.

“All personnel should use the tunnels, yes, yes.”

I turned on my heels and stalked back to the stairs, Olive standing beside the door, clipboard clutched to her chest. For once, would it hurt her to open a door for me? Isn’t that what assistants were for?

Still huffing, I stomped down to the basement, pressing my ID card against the card reader. The scanner beeped twice, its lights flashing red.

I looked up at the camera above the door, waiting for one of Moore’s numpties to check their screens at the hub. What’s the betting it was Lam, playing games in the middle of an emergency?

“This is ridiculous,” I moaned.

“The base
is
in shutdown.”

The lights flashed green, and with an angry buzz the lock clicked open.

“One more word from you,” I said, yanking open the door to step out into the tunnel, “and I’ll shut you down, permanently.”

Olive smiled as if I was joking. I didn’t hold the door open for her.

“I get why they lock the doors,” I continued, more to myself than to the girl tottering after me. “But why include me in the deadlock? What’s the point of being the project leader if you can’t even open a door by yourself?”

For once, Olive read my mood and kept her smart-alec remarks to herself. I knew she was still thinking them, though, which managed to annoy me even more.

Out feet echoed down the low-ceilinged corridor as we walked in the direction of Neighbourhood Two, a route I knew on auto-pilot, even down here.

I couldn’t repress the sigh. “Yes?”

“Have you taken your medication this morning?”

Every day the same question, and always the same answer. You’d think I would remember.

Water Rites by Mary Rosenblum
The Wouldbegoods by E Nesbit
Through The Veil by Christi Snow
Project Valentine (A Homespun Romance) by Kakade, Geeta
Something for Nothing by David Anthony
The Portal by Andrew Norriss
The Devil She Knows by Kira Sinclair
Diary of a Mistress by Miasha
The Assistant by Bernard Malamud
Coffin To Lie On by Risner, Fay