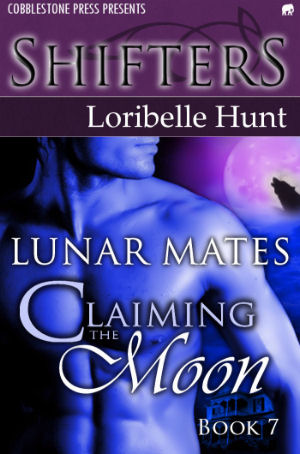 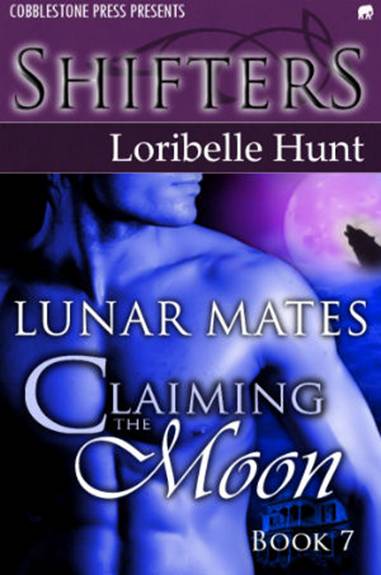 All rights reserved. No part of this book may be used or reproduced electronically or in print without written permission, except in the case of brief quotations embodied in reviews.

To the love of my life, who stands by me always and no matter what.

And to a growing number of friends who support, cajole, and sometimes threaten me to keep writing!

Y’all know who you are so I won’t try to list everyone!

Shivering from the bitter March cold, Ellen looked over her shoulder and hurried up the walk to her condo door. She’d been edgy, nervous, for days, but couldn’t pinpoint why. The tiny hairs on the back of her neck rose as if someone watched her. If she didn’t know better, she’d think Clint had finally decided to claim her. Her stomach clenched as a wave of angry bitterness rose. Not likely. And she wouldn’t welcome if he did.

Once, she would have. Once, she would have taken him gladly. But he wanted nothing to do with her, had made it bluntly clear that she was too young, the differences in their ages too great. She grimaced. Well, she wasn’t too young anymore. She’d just passed her thirtieth birthday. There was a time when she’d argued that ten years wasn’t that big of a deal, but he’d refused to hear it. She’d eventually given up all hope that they would one day be together.

But when she saw him at Christmas at the Appalachian Alpha’s home, she’d thought he would finally give in. He’d been so territorial. Her pussy grew wet at the memory of the possessive heat in his eyes. Her keys trembled in her hands, and she lost her grip on them.

She bent to pick them up, fingers closing over them as someone grabbed her from behind. One gloved hand clamped over her mouth, while the attacker banded his other arm around her upper body, pinning her arms to her sides.

She stabbed the keys into his thigh, and he released her.

“Bitch,” he hissed, reaching for her while holding a hand to the wound, but she was already moving.

She spun around and rammed her knee in his groin. When he dropped to the ground, holding himself and moaning, she kicked him in the head hard enough to knock him out. With a grim smile, she turned back to her door and quickly let herself in. Clint had done one good thing for her. He’d made damn sure she knew how to defend herself. Of course, that was because he wasn’t willing to do it himself. She pressed her lips into a firm line, ignoring her hurt and bruised pride.

Inside, she locked the door and hurried for the phone. She hesitated over the nine button, then decided to call her boss first. She didn’t know if the man outside was a werewolf or not, but since she worked with the Hunters who tracked down rogues, she should get one of them to verify it first. Werewolves handled their own justice.

It was a brief conversation. When she hung up, she stared at the phone and dug her fingernails into her palms, fighting the instinct to call Clint. He was hundreds of miles away, couldn’t do anything, probably wouldn’t hold her even if he was there. She wrapped her arms around her waist and fought the tremors in her limbs, the sob clogging her throat. Told herself it was just a reaction to the adrenalin. But she recognized the denial for what it was.

Suck it up, Ellen. He doesn’t want you. Just get over it already
.

The harsh pep talk helped, and she shrugged out of her coat. Anthony would be there in less than five minutes, he just lived a few miles away, and she had to pull herself together before his arrival. He’d already told her once that week that she looked like hell and had been getting worse since the few days she’d spent with the Appalachian pack. He wanted her to open up, talk about it, and get it out of her system. She snorted. Talking wouldn’t do a damn bit of good, so she’d just shaken her head and walked away.

Someone pounded on the door so hard she feared it would burst open, and she rushed down the hall, checking the peephole before opening it.

The werewolf on the other side was big, mean, and brutal when necessary, but he stared down at her with a worried expression on his face. “You okay?”

“Yeah. Well trained, remember?” To be fair, it wasn’t only Clint who’d trained her in self-defense. She sparred with Anthony regularly. She looked out the door behind him and thought her heart would stop. “Where is he?”

Anthony shook his head. “Gone. Pack a bag. You’re staying at HQ until we figure out what’s going on.”

She started to shake her head in refusal, but one look at his stubborn expression, and she knew it would be a waste of time. “Give me five minutes.”

She packed a bag quickly, tossed in her makeup bag, grabbed her laptop, and they were out the door. She locked it carefully behind her then put her things in the trunk of her car. Anthony followed her back to headquarters, which was actually a large, private estate.

The kick only knocked him out for a couple of minutes. He awoke, head ringing, balls aching, and pissed as hell. He wanted to batter the door down, but he knew the female werewolf would have called for assistance as soon as she locked herself inside.

Gingerly, he got to his feet and lurched down the sidewalk to the full parking lot. He opened his car door with shaky fingers and slid inside. Hunching down, he waited, hidden in the gloom. Just in time.

The other werewolf, the one in charge of this small pack, pulled into the parking lot with a screech. He didn’t even bother to find a parking space, just left his car, motor running and blocking three others in. If Robert had been one of them, he would have snarled at the arrogance.

He watched the wolf-man run up the sidewalk and bang a fist on the door, watched him look around and take note that the assailant was gone. Sniff the air as if he could find him hiding in his car.

Robert sneered. The whole damned race was arrogant. They thought a superior sense of smell and heightened vision, extra speed and strength was all it took to be at the top of the food chain. They didn’t think humans were a threat, so they ignored them except as prey. A mistake they would pay for.

After several minutes, the two exited, got in their cars, and left. He knew they’d be returning to the mansion the male werewolf called home. Why he left his woman free to roam without protection was beyond Robert, and it should have worked to his advantage.

He started his car and followed them out of the lot, but went in the opposite direction. He drove to a narrow dirt path, barely wide enough for his car, and turned down it. When he judged he’d gone a safe enough distance, he stopped. From the trunk, he retrieved the gear he’d need for this recon mission. The heavy black boots and night vision goggles. He hesitated over the scent inhibitor and decided to leave it. There wasn’t much of the concoction left, and he’d need it when he took her.

Walking into the woods, he followed a deer path he’d discovered on a previous trip. It ended at the fence that marked the werewolves’ boundary line. He scaled it easily and picked his way through the underbrush to the place he could watch, hidden by the tree line. The house was well lit, but quiet. He couldn’t see movement in any of the windows, but he knew they were there. Four adult werewolves. Four wolves who would pay for his wife’s murder.

He stayed until he heard another car arrive. One more to destroy. The need for vengeance burned through him, but he quietly melted into the darkness, back the way he’d come, with a silent reminder to himself.
Not yet. The time would come, but not yet
.

A small, curious group of Hunters met Anthony and Ellen when they entered with her things. She left him to explain and went in search of an empty guestroom. She picked one on the second story at the end of the hall. It had a small balcony and overlooked the backyard.

Deceived by Stephanie Nelson
The Devil of Jedburgh by Claire Robyns
Aaron's Kiss Series Boxed Set (Books 1 - 7) by Kathi S. Barton
When the Gods Aren't Gods: Book Two of The Theogony by Kennedy, Chris
Splintered Memory by Holloway, Natascha
Heart of the Highlands: The Beast (Protectors of the Crown Book 1) by Holthaus, April
Billy and Girl by Deborah Levy
Big and Clever by Dan Tunstall
Within Arm's Reach by Ann Napolitano
The Houseguest by Kim Brooks