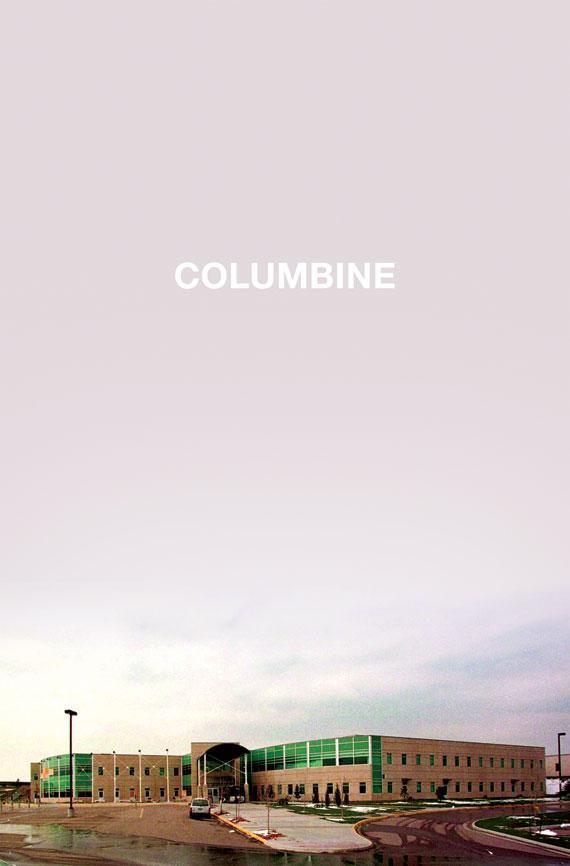 Twelve is an imprint of Grand Central Publishing.

The Twelve name and logo are trademarks of Hachette Book Group, Inc.

PART I: FEMALE DOWN

PART II: AFTER AND BEFORE

PART IV: TAKE BACK THE SCHOOL

43. Who Owns the Tragedy

53. At the Broken Places

And for Patrick, for giving me hope.

A
great deal of this story was captured on tape or recorded contemporaneously in notebooks and journals--by the killers before the murders, and by investigators, journalists, and researchers afterward. Much more was reconstructed or fleshed out from the memory of survivors. Anything in quotation marks was either captured on tape, recorded by me or other journalists or police investigators at the time, published in official documents, or, in the case of casual conversations, recalled by one or more of the speakers with a high degree of certainty. When the speaker was less sure about the wording, I used italics. I have abbreviated some exchanges without insertion of ellipses, and have corrected some grammatical errors.
No
dialogue was made up.

The same convention was applied to quotations from the killers, who wrote and taped themselves extensively. Their writings are reproduced here as written, with most of their idiosyncrasies intact.

Passages of this book suggesting their thoughts come primarily from their journals and videos. A multitude of corroborating sources were employed, including school assignments; conversations with friends, family members, and teachers; journals kept by key figures; and a slew of police records compiled before the murders, particularly summaries of their counseling sessions. I often used the killers' thoughts verbatim from their journals, without quotation marks. Other feelings are summarized or paraphrased, but all originated with them. The killers left a few significant gaps in their thinking. I have attempted to fill them with the help of experts in criminal psychology who have spent years on the case. All conjectures about the killers' thinking are labeled as such.

Actual names have been used, with one exception: the pseudonym Harriet was invented to identify a girl Dylan wrote about obsessively. For simplicity, minor characters are not named in the text. They are all identified in the expanded version of the endnotes online.

All times for the massacre are based on the Jefferson County sheriff's report. Some of the victims' family members, however, believe the attack began a few minutes later. The times used here provide a close approximation, and are accurate relative to one another.

I covered this story extensively as a journalist, beginning around noon on the day of the attack. The episodes recounted here are a blend of my contemporaneous reporting with nine years of research. This included hundreds of interviews with most of the principals, examination of more than 25,000 pages of police evidence, countless hours of video and audiotape, and the extensive work of other journalists I consider reliable.

To avoid injecting myself into the story, I generally refer to the press in the third person. But in the great media blunders during the initial coverage of this story, where nearly everyone got the central factors wrong, I was among the guilty parties. I hope this book contributes to setting the story right.

I am a wicked man... But do you know, gentlemen, what was the main point about my wickedness? The whole thing, precisely was, the greatest nastiness precisely lay in my being shamefully conscious every moment, even in moments of the greatest bile, that I was not only not a wicked man but was not even an embittered man, that I was simply frightening sparrows in vain, and pleasing myself with it.

The world breaks everyone and afterward many are strong at the broken places.

--Ernest Hemingway,
A Farewell to Arms

H
e told them he loved them. Each and every one of them. He spoke without notes but chose his words carefully. Frank DeAngelis waited out the pom-pom routines, the academic awards, and the student-made videos. After an hour of revelry, the short, middle-aged man strode across the gleaming basketball court to address his student body. He took his time. He smiled as he passed the marching band, the cheerleaders, and the Rebels logo painted beneath flowing banners proclaiming recent sports victories. He faced two thousand hyped-up high school students in the wooden bleachers and they gave him their full attention. Then he told them how much they meant to him. How his heart would break to lose just one of them.

It was a peculiar sentiment for an administrator to express to an assembly of teenagers. But Frank DeAngelis had been a coach longer than a principal, and he earnestly believed in motivation by candor. He had coached football and baseball for sixteen years, but he looked like a wrestler: compact body with the bearing of a Marine, but without the bluster. He tried to play down his coaching past, but he exuded it.

You could hear the fear in his voice. He didn't try to hide it, and he didn't try to fight back the tears that welled up in his eyes. And he got away with it. Those kids could sniff out a phony with one whiff and convey displeasure with snickers and fumbling and an audible current of unrest. But they adored Mr. D. He could say almost anything to his students, precisely because he did. He didn't hold back, he didn't sugarcoat it, and he didn't dumb it down. On Friday morning, April 16, 1999, Principal Frank DeAngelis was an utterly transparent man.

Every student in the gymnasium understood Mr. D's message. There were fewer than thirty-six hours until the junior-senior prom, meaning lots of drinking and lots of driving. Lecturing the kids would just provoke eye rolling, so instead he copped to three tragedies in his own life. His buddy from college had been killed in a motorcycle accident. "I can remember being in the waiting room, looking at his blood," he said. "So don't tell me it can't happen." He described holding his teenage daughter in his arms after her friend died in a flaming wreck. The hardest had been gathering the Columbine baseball team to tell them one of their buddies had lost control of his car. He choked up again. "I do not want to attend another memorial service."

"Look to your left," he told them. "Look to your right." He instructed them to study the smiling faces and then close their eyes and imagine one of them gone. He told them to repeat after him: "I am a valued member of Columbine High School. And I'm not in this alone." That's when he told them he loved them, as he always did.

"Open your eyes," he said. "I want to see each and every one of your bright, smiling faces again Monday morning."

He paused. "When you're thinking about doing something that could get you in trouble, remember, I care about you," he said. "I love you, but remember, I want us all together. We are one large family, we are--"

He left the phrase dangling. That was the students' signal. They leapt to their feet and yelled: "COL-um-
BINE!
"