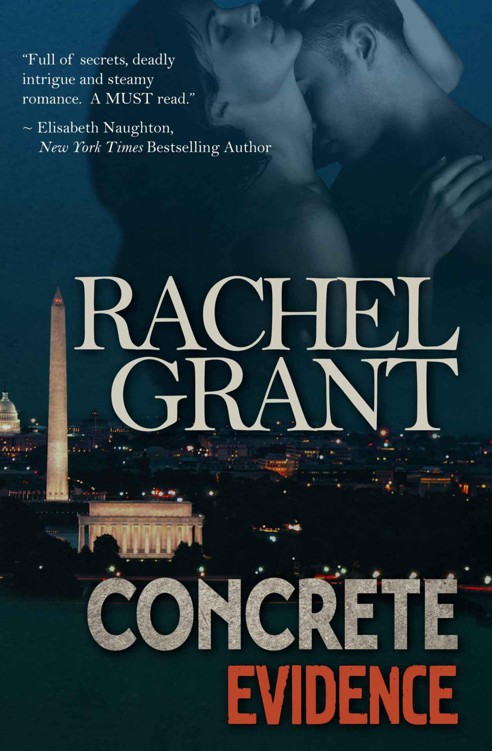 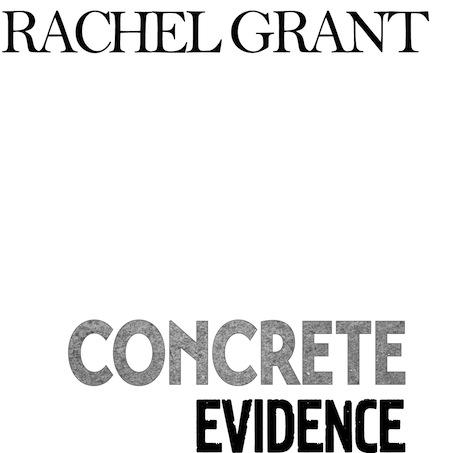 This book is a work of fiction. References to real people, events, establishments, organizations, or locations are intended only to provide a sense of authenticity, and are used fictitiously. All other characters, and all incidents and dialogue, are drawn from the author’s imagination and are not to be construed as real.

No part of this book may be reproduced, scanned or distributed in any printed or electronic form without permission. Please do not participate in encouraging piracy of copyrighted materials in violation with the author’s rights. Purchase only authorized editions.

Because you always believed in me.

H
E ARRIVED AT
R
EGINA
G
UERRERO’S
house at the usual time. As he walked up the front path, he waved to her son, Ricky, who played in the yard. The four-year-old grinned, his wide brown eyes the only part of his face not covered in dirt. Gina needed to take better care of that kid.

She met him at the door, then stumbled as she led him into the living room of her cramped army house. Dammit. She was already drunk. He’d wanted to talk to her about their future, but when she was drunk, the sex was quick and she usually passed out afterward.

Moving boxes were stacked against the wall. An agonizing surge of hope brought him to a dead stop. “You changed your mind. You’re leaving Claudio and coming with me when my transfer goes through.”

“You silly boy.” She laughed, a cold, hard sound, and walked into the kitchen, probably to refill the empty glass in her hand.

He followed, his face burning at her insult.

She reached for the bottle of whiskey on the counter and filled her glass. Sipping her drink, she studied him over the rim, then reached for his pants. “We don’t have much time. My sitter for Ricky canceled.” She felt his hard-on and smiled. “Sometimes your age is an advantage.”

He never should have told her he’d lied about his age to get into the army. Now that she knew he was only sixteen, she was always making cracks about his age, no matter what he did to prove he was a man. He pushed her away. “We need to talk.”

“I didn’t invite you here to talk.” She reached for him again.

He closed his eyes as her hand cupped him. They could talk later…

No
. Regina would pass out, and he’d end up babysitting Ricky. Again. He opened his eyes and stepped away from her. “Why are you packing?”

“We’re going to live with my parents in Montreal while Claudio is in Korea.”

Her words crushed his ridiculous hope. “But I’m being transferred to San Diego. I want you to come with me.” Wanted. Needed. He was sick with the idea of being forced to live so far away from her.

“We’re going to stay with my parents.” She downed her drink in one long swallow.

“Please, Gina. I love you. I can take care of you and Ricky. You can get a divorce, marry me, and we’ll be happy.”

“Claudio will never let me take Ricky away from him. And he won’t let me leave when he needs a mother to raise his son.” Through the kitchen window, her gaze fixed on the boy. “As long as I have Ricky, I’m trapped.” When she faced him again, her eyes were moist with tears. He pulled her into his arms.

Her kisses were as violent as her hands, and he wondered if sex was supposed to be so combative. She perched on the kitchen counter and bit down hard on his ear as she came, while her son played right outside the window.

After she finished, she pushed him away and slipped off the counter. “I need to lie down,” she said and wobbled into the bedroom.

He zipped up his pants and stared though the window. The boy, completely covered in mud, played with the garden hose. He pushed up the pane of glass. “Ricky,” he said. “You need to take a bath. Your mom wants me to take you to the movies.”

Thirty minutes later, Ricky was clean, dressed, and on his way out to the truck while he looked in on Regina. She was sound asleep, her mouth wide open. He wrote a note saying they’d gone to see
Cinderella
.

“
Cine?
” Ricky said, after they’d been driving for a half hour.

It took him a moment to figure out what the boy was asking because he spoke Spanish and French better than English. “Instead of the movies, we’re going someplace very special.” He hoped the boy understood him, but it didn’t matter.

They drove for another hour before he turned at the weathered sign that marked the driveway for the Carleton School for Indian Boys. He headed down the long drive and parked in front of the old building. The Pennsylvania boarding school was a dumping ground for Indian orphans and the perfect place for Ricky Guerrero. This way Gina could leave Claudio without fear, and they would no longer be stuck with a kid she didn’t want.

The headmaster, a gaunt older man, met them at the front door. “Is this a new student? I can’t take boys younger than five.”

“He’s five,” he lied. “He’s small for his age.” He held his breath, praying the boy wouldn’t speak and ruin everything. But Ricky just looked confused. He nudged the boy forward.

“His parents died in a car accident two weeks ago.”

The headmaster didn’t bother to look at the boy again. “What’s his name?”

His name? Shit. He needed something that sounded Indian and scanned the entryway. The school crest was mounted above the front door: an eagle ready to land, wings extended, talons out. “Talon,” he said, then struggled for a first name. Who was that famous chief? Oh yeah. Joseph. “Joseph Talon.”

The boy spoke in a combination of high-pitched Spanish and French.

The headmaster frowned. “We don’t allow Indian languages to be spoken here.”

“He seems to understand English but doesn’t speak it.”

“What tribe is he from?”

“Menanichoch,” he said easily, naming the tribe that had once occupied Fort Belmont land.

The headmaster nodded. “Does he have a birth certificate?”

He shook his head. “He was born in a teepee. No papers.”

The headmaster looked at him strangely, and he realized he’d made a mistake. Hell, should he have said wigwam? Igloo? Hut? What the hell did the Menanichoch live in? “He doesn’t have any family, and the kids at the orphanage were picking on him for being a redskin. The State of Maryland thought he’d be better off here, with his kind.”

He shrugged. “Someone screwed up. Look, I’m just the delivery guy. My instructions were to bring the kid here, and I did.” He turned to leave.

“Wait. I’ll take him, but I need you to sign a form swearing he’s Indian, or the government won’t pay for his upkeep.”

Another student meant a bigger budget to skim. He suppressed a smile. One of his fellow soldiers had escaped from the Carleton School; you never knew when information overheard in the mess hall would come in handy.

He filled out the form, then signed a fake name at the bottom. He’d given Joseph Talon a white mother and an Indian father to explain why he didn’t look exactly Indian.

He patted the boy on the head and walked toward his truck, hardly able to believe it had gone so smoothly. Then the kid started to cry and ran after him. Ricky—Joseph now—wrapped his arms around his leg and clung to him. He pulled the boy’s small hands apart, feeling sorry for him, but there wasn’t any other way.

On the drive back, his mood lightened. Their problems were solved. Gina was better looking than Rita Hayworth and his sergeant’s wife combined, and Gina would come with him to San Diego, and all the soldiers there would respect and admire him because she was his. He laughed out loud and wished he’d thought of taking Ricky to the school sooner. For weeks he’d been sick with anxiety over losing Gina.

She was kneeling in front of a cardboard box when he returned. Her dress was crisp, her hair and makeup perfect, the redness in her eyes the only sign she’d been drinking earlier. “Where’s Ricky?” she asked idly, her attention on the books she was packing.

She stood and brushed wrinkles from her skirt. Not only did she look like a movie star, she moved like one.

“Good. I’ll get you a drink.” She headed into the kitchen.

He followed her, hardly able to believe she would be his forever.

She handed him a glass. He took a large gulp and nearly spit it out. It was straight booze and burned all the way down.

She was always doing shit like that, trying to make him feel like a kid. As if at twenty-three she was so much older and wiser. If she was so smart, how come he had to solve her problems for her?

He’d been tested his whole life by the meanest son of a bitch there was. Gina Guerrero was no match for his father. He chugged the drink and set his empty glass on the counter.

She laughed, and her eyes lit with admiration.

He felt a burst of pride, and the words he’d been dying to say came rushing out. “Your troubles are over. I’ve found a home for Ricky. You can come with me to San Diego.”

“I told you, we’re going to live with my parents.”

She was so simple sometimes. So dense. “You don’t need to worry about Ricky or Claudio.” He spoke slowly so she’d understand. “I’m taking care of you now.”

He felt a flash of anger, the kind he’d worked so hard to control when his father told him he was stupid and useless. “Pigs are cleaner than your son.”

She slapped him, a quick hard slash of her hand, just like his old man.

He raised his arm to strike her but checked his swing and shook his head, trying to force back memories of hard fists and leather belts. He would not become his father. He was a man now, a soldier. “You love me, Gina. I know you love me.”

“For a whiz kid on the officer fast track, you sure are stupid. I don’t love you. You’re just a fuck while Claudio is away.”

That had to be the booze talking.

“You fumble in bed and come too soon. You’re not a man like Claudio.”

You’re not a man.
He heard his father taunting him. Something inside snapped. He hit her, the entire weight of his body behind his fist when it slammed into her jaw.

She spun backward and crashed into the refrigerator. Her head hit the handle, and she slowly slid to the floor. A streak of blood ran from the silver handle, down the white door, ending where her head leaned against the refrigerator at an unnatural angle.

“Gina!” He touched her face, then straightened her slack neck as if that would fix her. “I’m sorry!”

But he knew she couldn’t hear him. Christ, what was he going to do?

Marrying the Mistress by Joanna Trollope
Star Force: Divergent (SF74) by Aer-ki Jyr
Dulce Base (The Dulce Files Book 1) by Greg Strandberg
Perfiditas by Alison Morton
Dark Dance by Lee, Tanith
Where the Dark Streets Go by Dorothy Salisbury Davis
Almost Like Love by Abigail Strom
My Grape Escape by Laura Bradbury
House of Blades (The Traveler's Gate Trilogy) by Wight, Will
The Legacy: A Custodes Noctis Book by Muffy Morrigan