The membership at large would be voting now, and they would vote in favor. “Probably three to one in favor.” Dr. Richards had said so, said it to her himself, and so she knew it as an “insider” knows things, with a small riffle of pride in being, now, an insider in a new sense. She had spent half of a long evening with Halston Richards, and she had made a clear strong case, she had felt, for the book she hoped to persuade him to write, the book Quales and Park hoped to persuade him to undertake. There had been time needed, an exchange of letters, but finally a rough outline, mainly chapter headings, that Dr. Richards had sent to her of “this book I seem to be starting to write.”

It was well past midnight when Jeff called back. “Are you asleep or wide-awake and reading?”

“I suppose there’s no such thing as Christmas off for Dr. Lynn? That’s what I called you about.”

“As a matter of fact, this year there is. Probably three days of it—that weekend is our free one by rotation.”

“Would you consider a trip home?”

“I actually have been considering—hold on a minute.”

She heard him speaking over a loosely covered mouthpiece; he was making no great effort to conceal what he was saying. When he returned to her, he said, “Sorry, that was a consultation about plans.”

“Jeff,” she heard herself saying, “if you’d like to invite Stuart Gerson—”

“Dad met him, that last trip of his out there.”

“Dad? He couldn’t have. I didn’t meet him myself until I started interning at the hospital.” He laughed.

“You must have. You introduced him to Dad. He liked him.”

“Well, what do you know?” He laughed again, and then said, “Why, sure, come to think of it, I guess we were heading toward Sunset when I spotted Dad’s car parked there.”

“Not that it matters.”

“It does, sort of. We really met at the hospital—he was already there when I started.” There was a brief pause. “We’ve been living together this past year.”

“Yes.” She considered for a moment also. “He’s never been east of Lake Tahoe, and it might be—”

“He hasn’t for a fact. Now how the hell do you know
that?”

She laughed, this time without constraint. “You must have been more chatty with Dad than you seem to think. He knew it and told me, it’s as simple as that. You know me and my memory.”

“That’s right, about his never being East. He’s an Oregonian.”

“If you would like,” she said slowly, “to invite him here for the holidays, he couldn’t be more welcome.”

The days and nights crept by and then it was the Friday evening of the Christmas weekend. For once the time differential between the two coasts loomed large to her, for though they were leaving California in their afternoon, they would not be taking off, in her reality, until about eight at night, landing here after one in the morning and not reaching the apartment until two. The sensible thing would be to go to bed and to sleep, and greet them in the morning, but nothing seemed more impossible. Before the evening was half over, she began glancing at her watch at ten-minute intervals, not in impatience but in a kind of expectation, a sense of readiness within her, a waiting that was pleasant, as waiting rarely manages to be.

At last the bell rang and she went swiftly to the hall and reached for the doorknob. Her hand trembled slightly then, and she held the solid brass as if it were the round head of a cane which would support and not betray her. Then she opened the door.

They stood there, two young men in the dim light of the hallway, two young intelligent faces, two good faces, Jeff a little muted as
he
said, “Hi, Mama, this is Stuart.”

“Hi, Jeff, hello, Stuart, come in.” She put both her hands out toward them, one on Jeff’s arm, the other on Stuart’s. They are here, she thought, at last they are here. It’s been so long but they are here.

They came in past her, stowing their suitcases in a corner of the hall, and for a moment she did not turn toward them. The image of the two faces arose again, the two young faces, sensitive, strong, facing her with candor, together. Her beloved son and the man he loved.

Consenting adults, she thought, and a fullness rushed to her heart. To consent, to assent, to be in harmony, to give your blessing. I give my blessing, all my blessings. Then I am a consenting adult too.

All rights reserved under International and Pan-American Copyright Conventions. By payment of the required fees, you have been granted the non-exclusive, non-transferable right to access and read the text of this ebook onscreen. No part of this text may be reproduced, transmitted, downloaded, decompiled, reverse engineered, or stored in or introduced into any information storage and retrieval system, in any form or by any means, whether electronic or mechanical, now known or hereinafter invented, without the express written permission of the publisher.

This is a work of fiction. Names, characters, places, and incidents either are the product of the author’s imagination or are used fictitiously. Any resemblance to actual persons, living or dead, businesses, companies, events, or locales is entirely coincidental.

This edition published in 2011 by Open Road Integrated Media 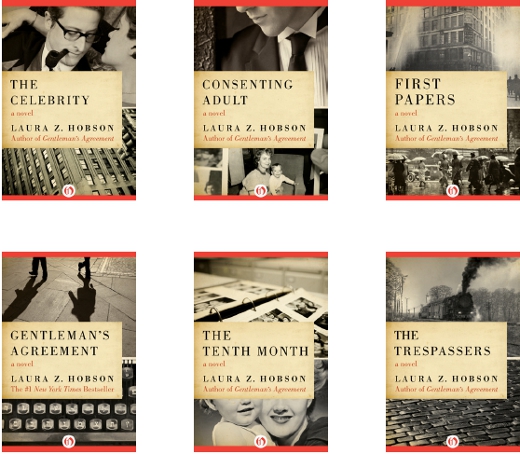 Available wherever ebooks are sold

FIND OUT MORE AT
WWW.OPENROADMEDIA.COM

Sign up for the Open Road Media newsletter and get news delivered straight to your inbox.