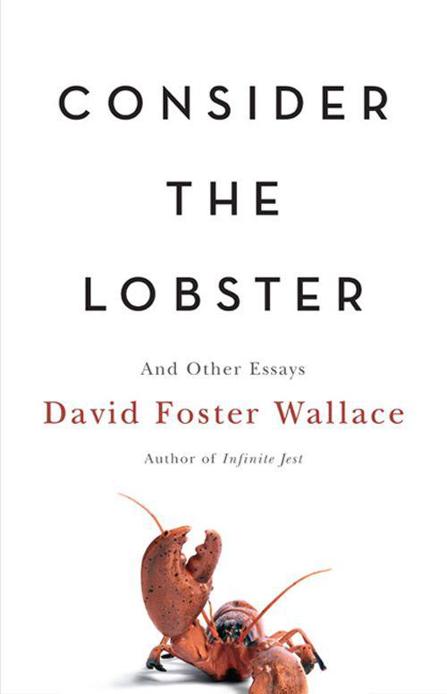 The following pieces were originally published in edited, heavily edited, or (in at least one instance) bowdlerized form in the following books and periodicals. N.B.: In those cases where the fact that the author was writing for a particular organ is important to the essay itself—i.e., where the commissioning magazine’s name keeps popping up in ways that can’t now be changed without screwing up the whole piece—the entry is marked with an asterisk. A single case in which the essay was written to be delivered as a speech, plus another one where the original article appeared bipseudonymously and now for odd and hard-to-explain reasons doesn’t quite work if the “we” and “your correspondents” thing gets singularized, are further tagged with what I think are called daggers. To wit:

“Certainly the End of
Something
or Other, One Would Sort of Have to Think” in the
New York Observer
and
The Anchor Essay Annual: The Best of 1998
.

†
“Some Remarks on Kafka’s Funniness from Which Probably Not Enough Has Been Removed” and *“Authority and American Usage” in
Harper’s
.

“The View from Mrs. Thompson’s” and *“Up, Simba” in
Rolling Stone
.

“How Tracy Austin Broke My Heart” in the
Philadelphia Enquirer.

*“Consider the Lobster” in
Gourmet
and
The Best American Essays 2005
.

“Host” is not included in this collection because it cannot be formatted as an eBook.

CERTAINLY THE END OF SOMETHING OR OTHER, ONE WOULD SORT OF HAVE TO THINK

THE VIEW FROM MRS. THOMPSON’S

HOW TRACY AUSTIN BROKE MY HEART

THE BROOM OF THE SYSTEM

T
HE AMERICAN ACADEMY
of Emergency Medicine confirms it: Each year, between one and two dozen adult US males are admitted to ERs after having castrated themselves. With kitchen tools, usually, sometimes wire cutters. In answer to the obvious question, surviving patients most often report that their sexual urges had become a source of intolerable conflict and anxiety. The desire for perfect release and the real-world impossibility of perfect, whenever-you-want-it release had together produced a tension they could no longer stand.

It is to the 30+ testosteronically afflicted males whose cases have been documented in the past two years that your correspondents wish to dedicate this article. And to those tormented souls considering autocastration in 1998, we wish to say: “Stop! Stay your hand! Hold off with those kitchen utensils and/or wire cutters!” Because we believe we may have found an alternative.

Every spring, the Academy of Motion Picture Arts and Sciences presents awards for outstanding achievement in all aspects of mainstream cinema. These are the Academy Awards. Mainstream cinema is a major industry in the United States, and so are the Academy Awards. The AAs’ notorious commercialism and hypocrisy disgust many of the millions and millions and millions of viewers who tune in during prime time to watch the presentations. It is not a coincidence that the Oscars ceremony is held during TV’s Sweeps Week. We pretty much all tune in, despite the grotesquerie of watching an industry congratulate itself on its pretense that it’s still an art form, of hearing people in $5,000 gowns invoke lush clichés of surprise and humility scripted by publicists, etc.—the whole cynical postmodern deal—but we all still seem to watch. To care. Even though the hypocrisy hurts, even though opening grosses and marketing strategies are now bigger news than the movies themselves, even though Cannes and Sundance have become nothing more than enterprise zones. But the truth is that there’s no more real joy about it all anymore. Worse, there seems to be this enormous unspoken conspiracy where we all pretend that there’s still joy. That we think it’s funny when Bob Dole does a Visa ad and Gorbachev shills for Pizza Hut. That the whole mainstream celebrity culture is rushing to cash in and all the while congratulating itself on pretending not to cash in. Underneath it all, though, we know the whole thing sucks.

Your correspondents humbly offer an alternative.

Though the sub-line vagaries of entertainment accounting are legendary, it is universally acknowledged that the US adult-film industry, at $3.5-4 billion in annual sales, rentals, cable charges, and video-masturbation-booth revenues, is an even larger and more efficient moneymaking machine than legitimate mainstream American cinema (the latter’s annual gross commonly estimated at $2-2.5 billion). The US adult industry is centered in LA’s San Fernando Valley, just over the mountains from Hollywood.
1
Some insiders like to refer to the adult industry as Hollywood’s Evil Twin, others as the mainstream’s Big Red Son.

It is no accident that
Adult Video News
—a slick, expensive periodical whose articles are really more like infomercials—and its yearly Awards both came into being in 1982. The early ’80s, after all, saw the genesis of VCRs and home-video rentals, which have done for the adult industry pretty much what TV did for pro football.

• Awards will be presented in a record 106 categories over a two night period.

• By comparison, last year there were approximately 375 films eligible for the Academy Awards that these voters [
sic
—meaning different voters from the AVN voters, presumably] were required to see. AVN had to watch more than 10 times the amount of releases in order to develop these nominations [usage and repetition
sic
, though 4,000 divided by 375 is indeed over 10].

From the acceptance speech of Mr. Tom Byron, Saturday, 10 January 1998, Caesars Forum ballroom, Caesars Palace Hotel and Casino complex, Las Vegas NV, upon winning
AVN
’s 1998 Male Performer of the Year Award (and with no little feeling): “I want to thank every beautiful woman I ever put my cock inside.” [Laughter, cheers, ovation.]

From the acceptance speech of Ms. Jeanna Fine, ibid., upon winning
AVN
’s 1998 Best Supporting Actress Award for her role in Rob Black’s
Miscreants:
“Jesus, which one is this for,
Miscreants
? Jesus, that’s another one where I read the script and said ‘Oh shit, I am going to go to hell. [Laughter, cheers.] But that’s okay, ’cause all my
friends’
ll be there
too!
” [Huge wave of laughter, cheers, applause.]

From the inter-Award banter of Mr. Bobby Slayton, professional comedian and master of ceremonies for the 1997 AVNAs: “I know I’m looking good, though, like younger, ’cause I started using this special Grecian Formula—every time I find a gray hair, I fuck my wife in the ass. [No laughter, scattered groans.] Fuck you. That’s a great joke. Fuck you.”

Bobby Slayton, a gravelly-voiced Dice Clay knockoff who kept introducing every female performer as “the woman I’m going to cut my dick off for,” and who astounded all the marginal print journalists in attendance with both his unfunniness and his resemblance to every apartment-complex coke dealer we’d ever met, is mercifully absent from the 1998 Awards gala. The ’98 emcee is one Robert Schimmel, alumnus of
In Living Color
and a Howard Stern regular. Schimmel looks like a depraved, deeply tan Wallace Shawn and is no less coarse than B. Slayton but a lot better. He does a pantomime of someone attempting intercourse with a Love Doll he’s been too lazy to blow up all the way. He contrasts the woeful paucity of his own ejaculate with the concussive orgasms of certain well-known male performers,
4
comparing these men’s ejaculations to automatic lawn sprinklers and doing an eerie sonic impression of same. All of 1998’s marginal print journalists are together at Table 189 at the very back of the ballroom. Most of these reporters are from the sorts of men’s magazines that sit shrinkwrapped behind the cash registers of convenience stores, and they are a worldly and jaded crew indeed, but Schimmel gets a couple of them—whose noms de guerre are Harold Hecuba and Dick Filth—laughing so uproariously that people at the Anabolic Video table nearby keep looking over in annoyance. At one point during a routine on premature ejaculation, Dick Filth actually chokes on a California roll.

… But all this is Saturday night, the main event. And there are a whole lot of festivities preceding Saturday’s climax.

But of course we should keep in mind that
vulgar
has many dictionary definitions and that only a couple of these have to do w/ lewdness or bad taste. At root,
vulgar
just means popular on a mass scale. It is the semantic opposite of
pretentious
or
snobby
. It is humility with a comb-over. It is Nielsen ratings and Barnum’s axiom and the real bottom line. It is big, big business.