Other Books by Nicole Ciacchella

Book 1 of the YA post-apocalyptic
Contributor
Trilogy

For my parents, who nurtured my creativity and my bookish tendencies. Thanks for always being 100% behind me. 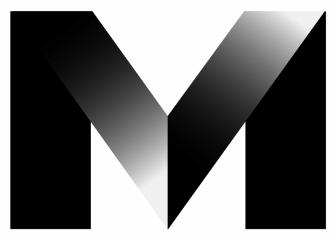 Who is so deafe, or so blynde, as is hee, That wilfully will nother here nor see?

Dara swallowed hard, trying to fight the nausea that threatened her concentration. As she stared at the monitor, the numbers and symbols seemed to swim through her vision, and she blinked several times, forcing herself to focus. Though she was just seventeen, her training as an engineer had begun at the age of three, so she was more than capable of handling the task before her.

This, however, was no mere exercise. If she failed this evaluation, none of her years of hard work and dedication would matter. She would lose her position amongst the Ballasts and would have to take up a menial occupation with the Cores. If she did well, a prosperous future would be well within her grasp.

With one last deep breath, Dara looked at the screen. As she exhaled, she cleared her mind. To her immense relief, once she started to pick apart the problem, she lost all sense of her surroundings, her mind completely focused on unraveling it and implementing a solution.

At first glance, the problem appeared to be simple, but Dara knew the engineers wouldn't lob anything quite so easy at her. Because she had been first in her class, they would want to test the limits of her abilities, so she continued examining the schematics in front of her, her mind working rapidly to diagnose and analyze the problem. She ran through a couple of scenarios, rejecting several possible solutions until, finally, everything clicked into place. Breaking into a wide grin as her fingers flew over the interface, she implemented her solution. It was tempting to pump her fist in the air when the machinery resumed its smooth operation, but she managed to restrain herself—barely.

Almost instantly, a door opened and a tall, imposing man entered, followed by two women and one other man.

"Pupil Morrow, I'm Head of Engineering Andersen, and these are my subordinates, Senior Engineers D'Angelo, Walters, and Chen," the tall man said.

Stunned, Dara hoped she wasn't gaping. She'd had no idea the Head of Engineering would be supervising her evaluation, which was a good thing. Had she known, she'd have been even sicker with apprehension.

"P-pleased to meet you," Dara said, cringing internally at her stutter. She offered her hand first to Andersen, who shook it with a bruising grip. Each of the others shook her hand in turn, and Dara tried her best not to squirm as they studied her.

"Due to the high level of aptitude shown by your evaluation results, you have been selected for a specialized apprenticeship program. You and two other candidates will spend a year under the tutelage of the senior engineers. The highest performer may earn the opportunity to become my assistant," Andersen announced, his eerie blue eyes skewering her with a keen gaze.

"Oh, thank you, Head of Engineering Andersen. This is truly an honor, and I'll work very hard to prove myself worthy," Dara said. She fought to remain composed as a giddy combination of relief and excitement washed over her.

"I will expect you tomorrow morning at six-thirty sharp, when you will begin your training with Contributor D'Angelo. A word of caution to you, Pupil Morrow: you must operate at your peak each and every day. I expect nothing less than a stellar performance from you." Andersen's eyes met hers, and Dara had the disconcerting sensation that his gaze bored straight through her, stripping away skin and bone, muscle and sinew until all that remained was her very essence, her innermost thoughts. She tried hard to suppress a shudder and thought she saw Andersen's mouth quirk, as if he had noticed her discomfort.

"I assure you, sir, I will not disappoint you," Dara vowed. The thought of working with this towering, blond, imperious man was dismaying, but she wouldn't allow this to show—she couldn't. She knew full well that becoming the Assistant to the Head of Engineering would mean big things for her. If she had to work herself half to death in order to impress him, so be it. Nothing mattered more than securing her future with Magnum.

"I will see you in the morning." He examined her for another excruciating moment before turning smartly and leaving the room.

"We'll see what you can do tomorrow," Chen added, a muscle in his cheek twitching. The two shook her hand and left the room.

"I'll escort you to the exit," D'Angelo offered. Her face betrayed nothing, and Dara's stomach quaked. The senior engineer was taller than Dara, her dark hair pulled back in an immaculate twist. Her face would have been devastatingly beautiful were it not for the cold expression in her dark eyes. As D'Angelo turned, Dara shivered.

They wound their way through the corridors of headquarters, Dara peeking into every window as inconspicuously as possible. Though apprehensive about her severe master, she tried hard to contain the excitement that made her feel as if she would fly apart. She couldn't believe that she was actually here, in Magnum's headquarters, that she would become a part of its team. Her head spun as she thought about her acceptance into the elite apprenticeship. She couldn't imagine a more perfect beginning to her career.

They reached the exit, which led into the thoroughfares ringing the dome. D'Angelo closed the door gently behind her.

"Be prompt tomorrow," D'Angelo instructed, smiling and nodding at a passing Contributor before turning back to Dara, all trace of the smile gone. Dara suppressed a shiver of apprehension.

"Head of Engineering Andersen is a man of many talents and one of Magnum's most valued Contributors. He has high expectations and misses little," D'Angelo said, emphasizing the last two words. "You must be meticulous." Each syllable was like a hammer blow, and Dara forced herself to stand up straighter.

D'Angelo went back into headquarters, leaving a stunned Dara staring after her. It took her a moment to get her feet moving, and she headed over to a window, collapsing against it with her back to the outside world. She twisted her hands nervously as she waited for Jonathan.

He grinned widely as he exited headquarters a short time later, and she knew his evaluation had gone well. She wanted to jump up and down, but refrained from showing such a lack of decorum.

"How did it go?" he asked. He tucked her hand into his arm in a familiar, proprietary way, and they began walking home.

"Head of Engineering Andersen and the senior engineers supervised my evaluation," she said.

She nodded, unable to keep a smile from spreading over her face. Ducking her head, she tried to maintain an air of professionalism. "I've been accepted into the elite program."

"I knew it!" His voice was quiet but emphatic. "You deserve it."

Warmth spread through her chest, and she squeezed his arm. "Let me guess: you've been chosen for the elite logistics program." She couldn't resist using a teasing tone.

Jonathan was one of the smartest, most gifted students in their class, and he had a very promising future ahead of him. She knew many suspected this was the reason she dated him. After all, everyone vied to make the best possible connections. But Dara's feelings for Jonathan were very genuine.

"Yes," he answered, turning his head so only she could see his grin.

"How could they not choose you? I'm so proud of you."

"And I'm proud of you. See, I told you there was nothing to worry about."

"You were right. There's no reason at all to worry." His happiness was infectious, but she couldn't suppress a slight feeling of unease, though she tried her best to ignore it.

Show them your strengths in order to illuminate others' weaknesses
, Dara reminded herself as she got ready for the first day of her apprenticeship. One of her former instructors had been particularly fond of this motto, and it had immediately struck a chord with Dara. She knew some of her classmates had found this a weak, passive strategy, but it wasn't in Dara's nature to go for the jugular.

Still, there was no way of knowing if this would be an effective strategy, as she had no idea what she was up against. Though she had tried everything, she hadn't been able to find out the identities of the other two candidates. Hopefully, they had been equally unsuccessful.

On the bright side, she and Jonathan had both been assigned to the seven to seven day shift, which meant they could spend their free hours together. While she wasn't thinking seriously of marriage just yet, Dara had known for almost the entire two years that she and Jonathan had been together that they were absolutely perfect for one another. They shared the same values, the same philosophies, and their relationship was smiled upon by everyone whose opinion mattered—most especially that of their seniors at Magnum.

"You're not still nervous, are you?" Jonathan asked, as they walked to shift.

"A little, maybe," she admitted.

"You have nothing to worry about. Just wait until you're in front of those controls, working with your master. You'll know exactly what to do because you'll be exactly where you were meant to be."