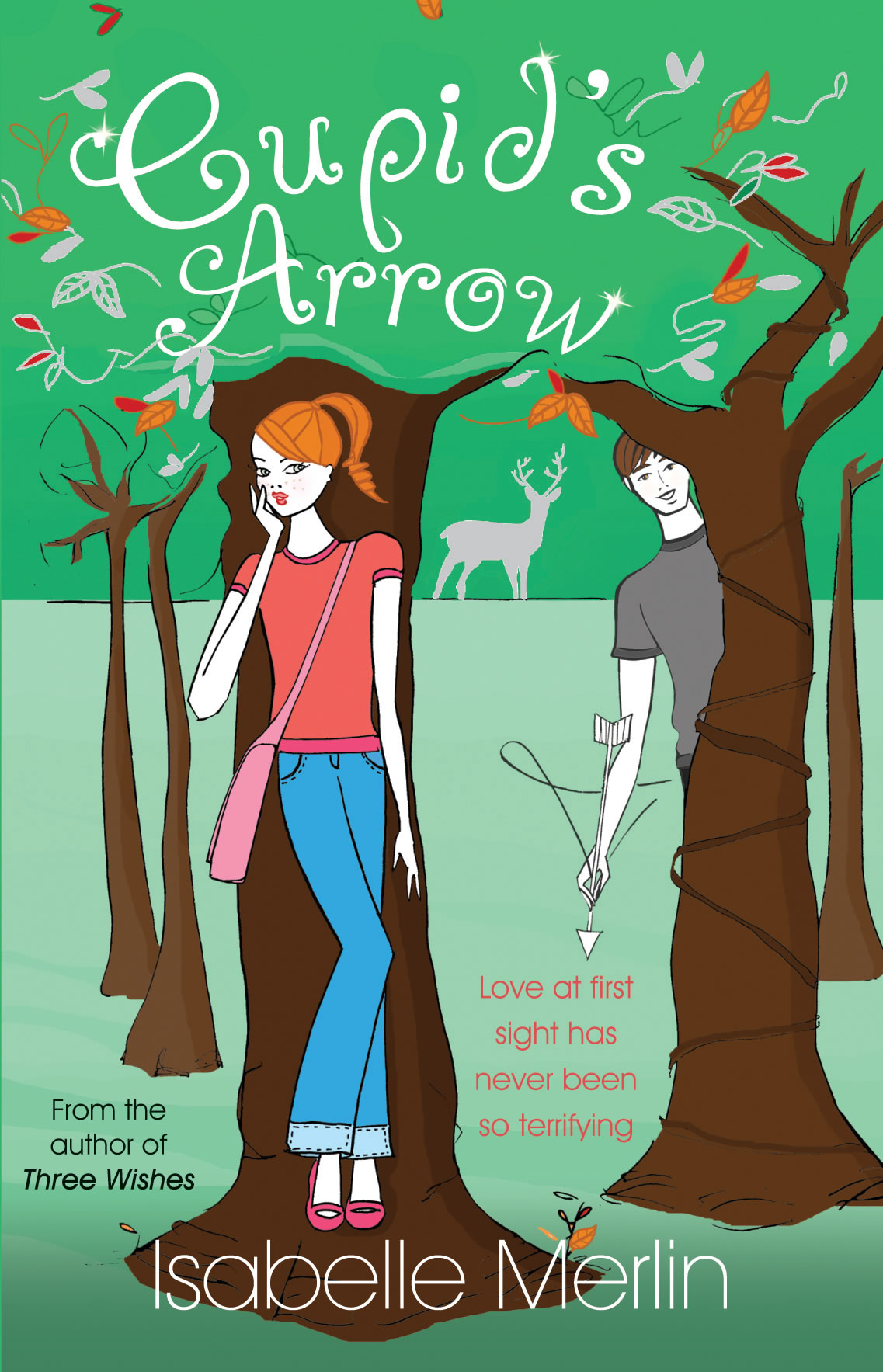 The first stories Isabelle Merlin remembers are the traditional fairytales told to her by her French grandmother. Later, she heard family stories, which proved to her that magic and romance and terror don't only appear in fairytales: like the romantic story of the beautiful ancestor who caught the eye of the Sun-King, Louis XIV; or the amazing story of the wily ancestor who went from being a poor peasant to a multimillionaire; or the tragic story of the curse of madness and misfortune that pursued other ancestors; or the spooky story of the chain-rattling ghost that haunted the family home deep in the green countryside of France. It's no wonder that she grew up with a head full of stories and a burning desire to become a writer. Isabelle lives in Australia with her family.

To find out more about Isabelle, visit
http://isabelle.merlin.googlepages.com 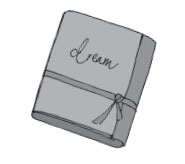 All rights reserved. No part of this book may be reproduced or transmitted by any person or entity, including internet search engines or retailers, in any form or by any means, electronic or mechanical, including printing, photocopying (except under the statutory exceptions provisions of the
Australian Copyright Act 1968
), recording, scanning or by any information storage and retrieval system without the prior written permission of Random House Australia. Any unauthorised distribution or use of this text may be a direct infringement of the author's and publisher's rights and those responsible may be liable in law accordingly.

All rights reserved. No part of this book may be reproduced or transmitted by any person or entity, including internet search engines or retailers, in any form or by any means, electronic or mechanical, including photocopying (except under the statutory exceptions provisions of the Australian
Copyright Act 1968),
recording, scanning or by any information storage and retrieval system without the prior written permission of Random House Australia.

Addresses for companies within the Random House Group can be found at
www.randomhouse.com.au/offices

Random House Australia uses papers that are natural, renewable and recyclable products and made from wood grown in sustainable forests. The logging and manufacturing processes are expected to conform to the environmental regulations of the country of origin.

I'm running. Running very fast. Running for my life. The breath is whistling in my throat, my heart's pounding, my feet are on fire.

Someone's after me. I can't see who it is, but I can hear them. I daren't waste time by turning around. I know, whoever they are, they mean me harm. I know that just as I know I must try to get away.

It's dark in here. Not dark dark – not night, that is – but dimly lit. The dim green-gold light of a forest in full leaf. Big trees. Small trees. Bushes. Vines. Stones on the path. Mossy patches. Slippery dead leaves. Things to trip you up, to stumble, to fall... and then ...

I'm running. Branches whip against me, stones fly out from under my feet. Cold sweat is pouring off me, making me feel clammy, making me shiver in the midst of my running. My scalp is pricked all over with needles of fear. The faster I go, the more I can hear them coming, the more I can feel their presence: an evil presence that means me harm. I know they will hunt me down like a wild beast till I am exhausted, unable to do anything anymore to protect myself.

Suddenly, something looms in front of me. A big grey pile of something. A large ruined house I think at first, and then, as I come closer, I see it's a tumbled pile of big grey rocks, threaded with yellow and green lichen. Boulders, really. Tall and rounded, with openings in among them. Like a terrified animal, I head for them. I can hide there. I can escape my hunter. I can.

I dive in among the rocks. I slip, recover, then slide down into the dark shadows of the openings. I crouch there, so frightened that I'm almost beyond fear. My body feels disconnected from my mind, floating in some strange limbo where there's nothing, no thought, no feeling, just waiting.

My hunter is almost there. Running footsteps, coming closer. Ragged breath. A crack of twigs, then sudden silence. And from the shadows I see something at last. Just a glimpse. A hand. No, two. Holding something. Pulling something back. My God, it's a bow. A bow? And in the middle of the bowstring, poised to fly, an arrow, aimed directly at me. I'm going to die. I know it. I just know it. I can't help it. I open my mouth and scream ...

I wake up with a sickening jump, head aching from the scream still resonating inside me. I haven't really screamed. Not in reality. Only in the dream. But I'm covered in a cold sweat, my heart's pounding, there are tears running down my face. I lie there trying to calm myself, forcing my pulse rate down, trying to tell myself it was just a bad dream. This is the second time I've had this nightmare. The first was a week ago. And it's so vivid. I haven't had a nightmare like this for ages. The kind that makes you afraid to close your eyes and go to sleep.

At one time, when I was a little kid, about seven or eight, I had nightmares a lot. Witches, sharks, hungry lions, the lot. They were so bad and came so often Mum took me to a psychologist. A particular sort of psychologist, who specialised in dreams and nightmares. I had to go through all these tests. The psychologist asked all sorts of questions, about what was going on at school, at home, in my head.

I was a little kid. You're not too good at explaining things when you're little. You know you have feelings, but you don't know why. I mean, you don't understand them. The psychologist had a theory that there was some deep underlying fear in my life and she tried and tried to get at it. But I wasn't afraid. Not of anything, not really.

School was fine. I had good friends, I got on okay with my teachers, my school work was okay, and I wasn't being bullied, at least not then (it did happen to me later, in high school – but that's another story). And Mum and I got on well. I didn't miss my father because I'd never known him. He had left us before I was even born. I was a bit curious about him, sure, but because Mum didn't like talking about him, I didn't know much, apart from his name – Tom Mallory. It didn't worry me, not really, beyond the curiosity. Still, the psychologist probed at that, trying to find out if that was the reason for the bad dreams, but in the end she decided it wasn't. She told my mother I was just a highly imaginative child and if I channelled that imagination, then I'd probably be okay. I could start by writing down my dreams in a special book and then maybe later try to turn them into stories. The bad dreams wouldn't stop straightaway, but they would be tamed. Slowly.

Well, I wasn't the sort of little kid who liked writing stories, though I did like reading them. You could hardly not, if you were Mum's kid. She's a bookseller, you see. Not the regular, new-release sort. She sells old books, ordinary second-hand ones and also valuable,
really
old stuff. Antique books. She specialises in myths, legends, fairytales, stuff about magic and strange beliefs, that sort of thing. There have always been books like that knocking around our place and, as a kid, I read a lot of them. These days I don't read fairytales and myths and stuff, I prefer crime novels and thrillers but, anyway, you get the picture.

Mum, who was very keen for all this to work, gave me a really nice thick notebook that one of her international customers had sent her once, an expensive one with a beautiful leather cover, and a thick ribbon around it. Because it was so beautiful, I really wanted to use it, so I wrote down the dreams, what I could remember of them anyway, which often was just a line or two but I never turned them into stories, because I didn't know how and didn't really want to.

Gradually, over the years, the pages of my dream book began to fill up, and the bad dreams did slowly get better, and then became less frequent. By the time I hit my teens, despite having had one or two actual bad experiences – like that bullying episode – I hardly ever had nightmares anymore. But I've got into the habit of writing down my dreams – the good ones as well as the bad ones – and so I keep doing that. Although, hardly ever these days.

Because it was so thick to begin with, the notebook's still got a fair few pages left in it. But most of the later entries aren't really that exciting. Like I say, I've rarely had nightmares in the last few years and the good dreams are okay but not all that spectacular, hardly worth the trouble of writing down, except for one or two, which I prefer to keep private anyway. Just in case Mum forgets I'm sixteen and entitled to privacy.

I hadn't written this nightmare down though – not the first time I had it, I mean, a week ago. I hadn't written it down because, actually, I couldn't bring myself to do it. Now I lay there, my pulse returning to normal, and thought I'd been an idiot. If I'd written it down it might not have occurred again. Or maybe it would. Who knows? The dream book's not magic, just a tool. Anyway, I should do it now. I'll get up, pull out my dream book and ...

There was a rap on the door.

'Fleur!' It was Mum, sounding rather testy. 'Fleur, get up! It's nearly eight-thirty!'

I groaned, rolled over. 'But it's the first day of the holidays.'

She opened the door and came striding in, flicking open the curtains impatiently. Sunlight came flooding in. 'Surely you haven't forgotten you're meant to open up the shop for me this morning?' Then she paused, and looked more closely at me. Her voice changed. 'You look pale, Fleur. Are you feeling okay?'

I nearly told her I felt a bit sick because I wanted to get out of looking after the shop, but then I felt mean, cos I knew she had this important appointment at the bank. I said, 'I'm fine. Just had a bit of a bad dream, that's all.'

'Oh dear,' she said, a little vaguely. Over the years, since I'd got better at coping with the dreams, she'd stopped worrying about it too, and I'd got out of the habit of telling her if I'd had any particular sort of dream. 'I hope it wasn't too bad.'

'Not at all,' I lied, feeling a strange little tremor, a little twist of fear, as I did so.