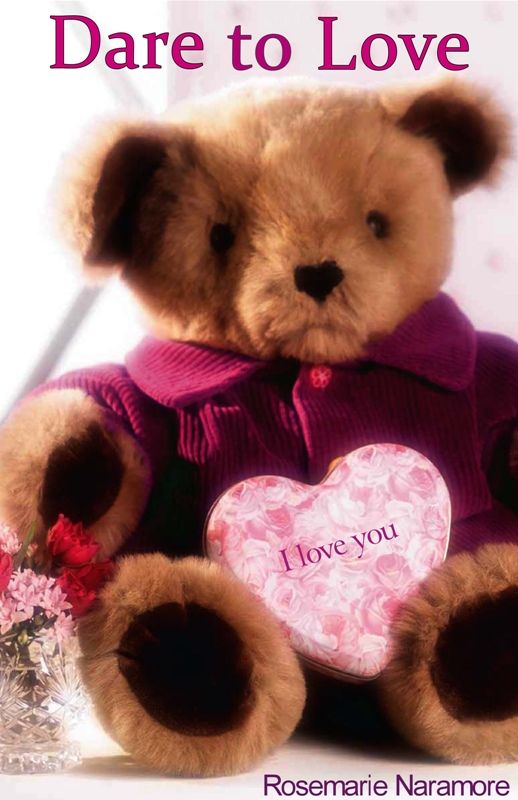 All the characters in this book are fictitious, and
any resemblance to actual persons, living or dead, is purely coincidental.

The wail of the police siren promptly
ended my conversation with my best friend, Jennifer.  My eyes shot to the
speedometer.  “Oh no,” I groaned.  I’d been traveling fifteen miles per hour over
the posted speed limit.  I glanced at Jennifer.  “My dad is going to kill me,”
I said, suddenly feeling sick to my stomach.

“Three,” I answered, my eyes fixed on
the flashing lights illuminating the rearview mirror.  “Oh, Jen, what am I
going to do?”

“Well, for starters, you should pull
over,” Jennifer said calmly.

I steered my small car to the side of
the road.  Sighing, I stared into the rearview mirror in hopes of recognizing
the deputy on duty.  I knew many of them.  With my dad as sheriff of our county,
it sort of came with the territory.

“Who is it?” Jennifer asked, her
voice barely a whisper.

I was unable to identify him since he
remained seated in the patrol car, his head tilted downward.  I could see he
was talking on the radio.  Vaguely, I was aware that he had a passenger with
him.  I turned in my seat, careening my neck in hopes of getting a better
look.  I needn’t have bothered since Lieutenant Hudson climbed out of the
patrol car and began walking toward me.

The lieutenant wasted no time in
reaching my car.  Since it was mid-July and quite warm, my window was rolled
down.  I slowly turned my head and attempted a radiant smile.

“Hello, Laura.  Trying to set another
land speed record?” he asked in a clipped voice.

Was it my imagination or did he sound
annoyed with me?  His brows were drawn low over his eyes, his lips set in a
hard line.  Yep.  He was miffed.

“Hello, Lieutenant Hudson,” I
responded with forced brightness.  “How are you?”  I guess I thought if I
engaged him in idle chitchat, he might let me off the hook.

I realized this was wishful thinking
on my part when he asked, “Do you know how fast you were going?”

“Forty in a twenty-five,” he informed
me flatly.  “Really, Laura, if you keep on like this, you’ll be buying a bus
pass faster than…”

“And we were talking so we weren’t
really paying attention.” Jennifer piped in, as if that bit of information
might work in our favor.

Lieutenant Hudson raised his hand to
silence both of us.  Shaking his head slowly, he expelled a harsh breath.  “Laura,
I’m not interested in excuses today.  You had a ready, though
not-particularly-original excuse, the last time I pulled you over.  I hope you
were more creative when Deputy Collins pulled you over last week.”

I didn’t know what to say.  What
could I say?  I had been pulled over three times in just as many months and I
knew I would be lucky to drive again before my eighteenth birthday.

“You know, Laura,” Lieutenant Hudson
said in his most authoritative voice, “it would be a real shame to see your
pretty little neck wrapped around a tree.”  He shook his head sadly.  “The sheriff
isn’t going to like this one bit.”

I winced at the reference to my
dad.  “I am sorry,” I managed, but was interrupted by the lieutenant.

“Sit tight, Laura.  I need to radio
your father.”  He walked back to his car.

I glanced at Jennifer and shook my
head.  “I’m a goner.”

I subsided into the softness of my
sheepskin seat covers.  Oh, why,
why
, wasn’t I minding my speed?
My dad was going to go ballistic when he found out.

Soon the lieutenant returned to my
car, this time accompanied by the passenger I’d noticed earlier.  “Laura, I
just spoke to your dad.”

“Are you going to give me a ticket?”
I asked him, fearing his answer.  I hadn’t been cited for my previous
encounters, but just given stern warnings.

“What?” I glanced at Jennifer, a
stricken look on my face.

“Give me your keys,” he said in
measured tones.

“Laura, give me your keys.”

Numbly, I took the keys from the
ignition and passed them through the open window.  I couldn’t believe this was
happening.

“Okay, out of the car, girls,” he
instructed.

Suddenly, a ticket was looking pretty
good.  “I understand if you have to give me a ticket,” I said agreeably,
attempting to sound appropriately repentant.  “I mean, I know I deserve it.  I
will be more careful in the future.  Really.”

My words fell on deaf ears as
Lieutenant Hudson opened my car door.  He indicated with a curt nod that we
should get out.  I glanced at Jennifer as she scrambled from the car.
Fumbling, I managed to unbuckle my seatbelt and awkwardly climbed out.

Lieutenant Hudson glanced at
Jennifer, who appeared frozen beside the car.  “Are you Jennifer?”

“Okay, then, you go ahead and drive
Laura’s car to your house.  I’ve already cleared it with the sheriff.  He said,
and I quote, ‘Jennifer is Laura’s responsible friend.’ ”

Jennifer smiled slightly at the
compliment and I shot her a reproving look.  Lieutenant Hudson turned toward
the other officer, who to this point had been silent.  “You take Laura back to
the patrol car and I’ll have a few words with Jennifer.”

“Right,” the man responded, and I
turned in an attempt to identify him.

I nearly gasped when I saw him.  He
was a boy about my age—sixteen.  I knew he wasn’t old enough to be a deputy,
yet he wore a uniform.

Then it dawned on me.  He was an
explorer scout.  I knew that several months ago Dad had started a program at
the department whereby kids who were interested in law enforcement as a future
career could take part in departmental activities.  He’d even asked me if I was
interested, but I’d firmly declined.

“You’ll have to come with me,” the
boy said, interrupting my thoughts.

I glanced at him and then at
Jennifer.  She offered me a worried, but encouraging smile.

She and the lieutenant began walking
away from us and I took a quick step toward them.  The boy’s hand shot out and
firmly grasped my elbow.  “I said, you’ll have to come with me,” he repeated
sternly.

I glanced at him sharply.  For a
split second, I considered pulling away from him.  Who did he think he was—ordering
me around?  But then I noticed he was powerfully built—solid, with no apparent
fat on his frame.  If I struggled, I knew I’d just end up looking stupid.

Shaking my head, I allowed him to
lead me to the patrol car.  I attempted to keep my temper in check, but it took
some doing when he opened the back door.  “Get in,” he commanded.

I thought I detected amusement in his
voice when he asked, “Where else is there?”

If I wasn’t so upset by the situation
I currently found myself in, I never would have used my father’s position as
I’d just attempted to.  But I was being arrested!  And desperate situations
called for desperate measures.

“Get in,” he said in a tone that
defied argument.

I took a deep breath and decided to
try another tactic.  “Please may I sit up front?  What if someone sees me back
here?  It would be so humiliating.”

“You should have thought of that
before you broke the law,” he said matter-of-factly.  He placed his hand atop
my head and gently but forcefully urged me into the back seat of the patrol
car.  Then he quickly shut the door behind me.

Sitting in the back, the severity of
the situation struck me.  Since patrol cars have no door handles in the back, I
felt a wave of claustrophobia wash over me.  I attempted to calm myself by
breathing deeply.

By now, the boy had climbed into the
front of the car.  He turned slightly and watched me.  I glared back at him.
“You’ll need to fasten your seat belt,” he instructed.

I snapped the belt shut and then
turned to stare out the window.  From the corner of my eye, I detected his
almost imperceptible shrug before he turned and faced forward.

This gave me an opportunity to study
him.  I knew I had never seen him before.  If I had, I would remember.  Despite
my current predicament, I had to admit he was gorgeous.

His wavy, dark hair was cut short in
the requisite cop cut, but I was sure if he grew it out, he would boast an
enviable crop of curls.  He had sky blue eyes, and ridiculously long, dark,
lashes.  His lips were full, and well formed over a strong chin.  All in all,
he was hot.

I shook myself and promptly decided
good looks were wasted on him.  He clearly was on a power trip, and definitely
had no personality to speak of.

I was intently scrutinizing his
handsome profile, so I was surprised when he turned his head and caught me
staring.   He lifted his eyebrows slightly and the corners of his mouth
twitched upwards.  “Do I pass inspection?”

“I ... I wasn’t…”  I felt the red
rise up in my face like mercury in a thermometer.  Flustered, I snapped my head
toward the window and resumed staring outside.

He continued watching me for a few
seconds, and then turned to watch Lieutenant Hudson as he climbed into the
driver’s seat.

“Don’t worry about your car, Laura,”
the lieutenant called to me.

I didn’t bother responding.  I simply
made a play of straightening the nonexistent creases of my shorts.  I guess the
lieutenant decided to ignore me as he began talking to the boy.

“So, son, what do you think so far?”
He chuckled.  “It’s only ten o’clock and we’ve made our first arrest.”  I saw
him nod in my direction.  “Think we should check her for warrants?”

“Probably a good idea,” the boy said
with a laugh. “She looks pretty dangerous to me.”

“You’re right there,” the lieutenant
agreed with a chuckle.

Oh, this is too much, I thought.  If
it wasn’t bad enough I was being arrested, I was being made fun of, too!

I didn’t think things could get
worse.  That is, until we pulled up to a stoplight, next to Courtney Hansen,
the biggest mouth at Stevenson High School.  I attempted to sink even lower in
the seat, but I was too late.  She saw me.

I saw her mouth drop as we pulled
away from the light.  I just knew she’d assumed the worst and that my ride in
the patrol car would soon be all over town.  But then I felt a glimmer of
hope.  I could probably easily explain away my presence in the car.  My dad is the
sheriff.  I mean, what’s the big deal if I ride in the back of a patrol car?

Once She Was Tempted by Barton, Anne
Elliot and the Last Underworld War by Jennifer A. Nielsen
Fierce Player (Sierra Pride Book 4) by Liza Street
The Progress of Love by Alice Munro
Colleen Coble by Rosemary Cottage
Releasing the Dragon: Myths and Legends, Book One by Stacie Simpson
Stepbrother: Impossible (Steamy Step Taboo Romance) by Ruby Nicks
Kismet's Kiss: A Fantasy Romance (Alaia Chronicles) by Rowan, Cate
Children of Paradise: A Novel by D'Aguiar, Fred
Hidden by Catherine McKenzie