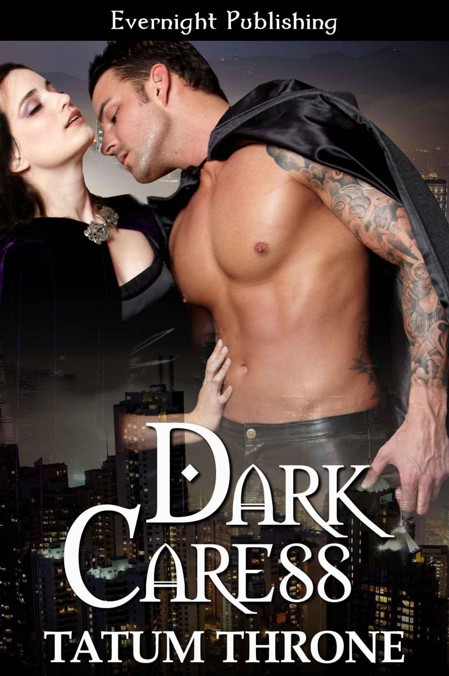 WARNING: The unauthorized reproduction or distribution of this copyrighted work is illegal.  No part of this book may be used or reproduced electronically or in print without written permission, except in the case of brief quotations embodied in reviews.

For my boys. I love you for all that you are and all that you will be. Thank you Kelly and Melissa for walking the walk with me. You girls are the best!

Amber Steele
was about to die.

Dying was not on her list of things to do
, but she didn’t have any other options. She fell to her knees, shaking. Her sundress was ruined.

The knife in
Amber’s hand rolled from her palm and across the mat. Sweat dripped from her temples. Outside the half cage, the Fallen crowd erupted. They were on their feet chanting for her death. She knew she was at the old mill turned into arena on the outskirts of Charleston, SC, a.k.a. The Holy City.

She stared across the sweat
- and blood-stained mat to see the Fallen warrior gloat. Short blonde hair caressed the vampire’s cheeks in a sharp cut. Black leather and golden chains showed off her long legs. Thick eyeliner coated her almond shaped eyes.

She was a predator.
Were they all like that?

Amber was nothing like this tall, bea
utiful vampire. She was average, athletic, and had generous curves that made her a voluptuous version of the girl next door.

Amber shook her head trying to fig
ure out why she had been taken. She’d been on her way to the grocery when she was kidnapped. Her brand new sandals were sitting on the edge of the ring. She knew she wouldn’t be putting them on ever again.  It couldn’t be her position on the Charleston PD. Every officer who knew of the Fallen also knew to stay out of their way.

That left just one possibility
. They knew she was an Elemental. Panic began to well up inside of her. Whenever one of the few Elemental were captured by the Fallen, the end was never pretty. Amber cast about the arena for something to help her, but she already knew there was nothing here she could use. She could feel it.

The Fallen were vampire
s who were cursed out of heaven. They complicated life for the few scattered Elementals who remained. At least, Amber hoped that there were more of her kind out there hiding or living just the same way she was.

The roar of the crowd was deafening
, but all Amber heard was the beating of her heart in her ears. She took short breaths, trying to ease the pain in her ribs. She looked around the arena. A few humans were in the crowd. One of them stood within the crowd watching closely. His dark hair fell over his forehead. Their eyes met.

The guy looked down at the bottle of water in his hand. The corner of his mouth ticked up as he tossed it through the crowd. Amber leapt up, catching the half full bottle. The Fallen warrior laughed as Amber unscrewed the bottle and tilted it up to her mouth. Amber took a long drink, but didn’t swallow. She stared down the warrior across from her.

Amber tossed the empty bottle aside as the warrior circled close. Amber lifted her hands, spraying the water through her fingers.
Energy flowed down through her body, turning the water in to sharp blades of ice. The Fallen warrior screamed as the ice hit her skin. She dematerialized, and the shards stabbed into the mat. A blow hit Amber from behind, striking her in the head. Amber fell to her knees on the mat again. She frowned as her gaze locked with the human who had given her the water. There was something off about him. Who was he?

The word whispered through her mind as the Fallen warrior circled. It was over. She
had never expected to die like this.

Not many humans knew of the Fallen or the
fact that Elementals had once populated the world in great numbers. After the war between the Fallen and Elementals, the last few Elementals had gone into hiding, thus giving humans sole dominion over the Earth. That was almost a hundred years ago. Amber’s grandmother had spoken with a haunted expression when she talked about the war. The war had started over territory and ended with the spilling of nearly all Elemental blood. She had called it the Time of Darkness.

The Fallen had won
again with her death.

The Fallen vampire warrior worked her way around the cage
. Amber was done. She knew it. Elementals didn’t walk out of the cage, not when they were pinned against a vampire. If she was going to die, she was going to do it on her own terms. Her hand was steady as she reached for the blade they had given her to fight with.

The poi
nt of the knife struck the silk of her dress and froze. Amber’s eyes flared wide as she was willed into submission by another Fallen. The crowd went silent. It was clear that no one had defied the sanctity of the match with suicide until today.

Amber couldn’t move.
Her eyes were wide as she stared at the Fallen warrior. The warrior shook her head “no” once. It wasn’t she stopping Amber from dying. The crowd spilling into the aisles turned as though someone had entered the building. Amber struggled for purchase on the knife, but she couldn’t move.

Dark energy swirled up from the legs of a Fallen woman materializing in the middle of the mat.
The Fallen who materialized across from her was deadly in a sexy, fatalistic sort of way. She was heavily armed for a vampire. Her hair was spiked purple in a punk cut.

“This Elemental was brought here for Kane. I want to know who put her in the ring!” The Fallen warrior paced the cage as silence echoed within the crowed. “This Elemental is s
acred.”

The warrior paced, making eye contact with everyone in the crowd.

“Elementals will not be touched again!” The vampire’s voice echoed within the silence. “Defy Kane’s order. I dare you.”

The warrior
stopped in front of Amber, leaning down on her haunches. “I didn’t expect you to kill yourself, Elemental.”

Amber struggled with the knife. “Release me.”

The vampire shook her head. “I wish I could, but I can’t.”

The hypnotic suggestion was overpowering. Amber felt her palms opening, and the knife fell.

Everything went black. Amber’s body fell limply to the mat. The last thought in her head was that this was not going to be good.

Amber startled. She sat up and nearly fell over from getting up so quickly. Her entire body was in pain from the fight. A white bandage covered the cut on her arm. There were bruises on her legs. Her buttercup yellow sundress was stained, but her brand new sandals were strapped to her feet. She drank in her surroundings. She was on a black leather couch in some kind of VIP room. Outside the room, she heard the crowd erupt. She was still at the Fallen arena.

The vampire
who had saved her from the cage fight was across the room, arms folded. Amber felt better than she should have.

“What did you give me?” Amber asked.

“Something to help you heal. You were close to death.”

“He wants to talk with you.”
The warrior licked her tongue over one of her fangs as though there was a bad taste in her mouth. “He wants to apologize.”

A chill raced over Amber’s skin.
He
could only be one person. The leader of the Fallen. “Why?”

“
Your kind are now protected creatures. This shouldn’t have happened. Kane is trying to help right the wrong that occurred to your kind.”

“Did Kane lead the war?”

The Fallen warrior looked pained. “No. It was the Fallen leader before him. Allow Kane to have this act of love. There are so few days he has a chance to be who he truly is.”

Amber smoothed the loose strands of hair falling around her face.
“It’s not necessary. I’m fine. You can wipe my memory clean. I don’t care.”

“You’
ll have to convince him of that, if that is your wish.” The Fallen shook her disbelieving face as she moved around the room. “Follow.”

P
ain shot through Amber’s ribs as she stood. They stared at each other across the empty VIP room.

“You will be blinded for this. It’s the only way I’ll grant this meeting.”

There was really no reason for Amber to meet the Leader of the Fallen, but she could see that the warrior wouldn’t be convinced otherwise. Amber wasn’t comfortable with the condition
offered. It was then Amber realized the Fallen warrior was serious. Amber fought the urge to snap the word “no” across the room the same way one would pull the trigger on a gun. She steadied her breathing.

“Blinded. I want to be sure you are the one.”

The one? What was she talking about?

Vibration tingled down Amber’s spine. He was here. On the other side of the thick door, waiting. His energy electrified the air with quick tantalizing pulses that brought her body alive. Amber steadied her nerves against the exotic temptation. No one had laid eyes upon the Fallen leader and lived to tell. No one.

“Fine. How long will it last?”

Fifteen mi
nutes. No big deal. She could do this. She had made it through a cage match with a Fallen warrior with only her police training. She could get through this meeting. “Okay.”

The Fallen inclined her head. Seductive, fierce, she was a beautiful combination of what the Fallen race could be.

The Paths of the Dead (Viscount of Adrilankha) by Steven Brust
Missing by Gabrielle Lord
ForsakingEternity by Voirey Linger
The Errant Flock by Jana Petken
The Blind Man's Garden by Aslam, Nadeem
Sisters by Lynne Cheney
Better Than Another Man by HK Carlton
Shaking Off the Dust by Rhianna Samuels
The Brunist Day of Wrath: A Novel by Coover, Robert
It Takes Two to Tangle by Theresa Romain