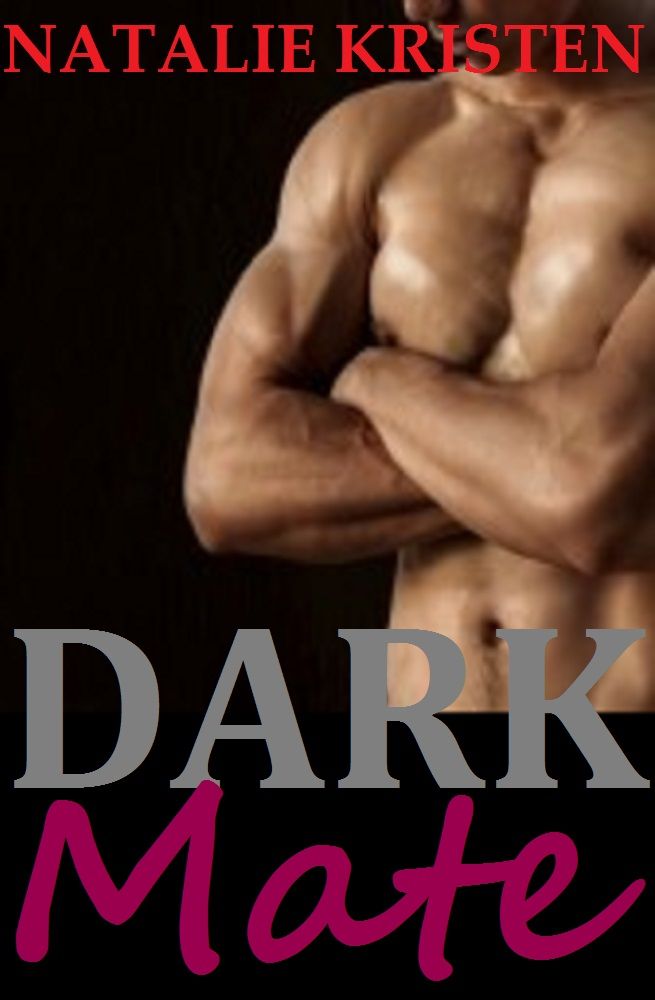 This
book is licensed for your personal enjoyment only. It may not be
resold or given away to other people. If you would like to share
this book with another person, please purchase an additional copy for
each reader. If you are reading this book and did not purchase it,
or it was not purchased for your use only, please purchase your own
copy. Thank you for respecting the hard work of the author.

This
is a work of fiction. Names, characters, places and incidents are
used fictitiously or are the products of the author's imagination.
Any resemblance to actual locales, events, establishments or persons,
living or dead, is entirely coincidental.

Gabriel King knows the PAC
Enforcers are hunting him.

But they can never catch him.

Driven by his thirst for
revenge and power, Gabriel bides his time, watching the Enforcers and
the city. Cold and ruthless, he takes the weak, disposable humans
for food, pleasure and entertainment.

A police officer in the New
Moon City Police Department (NMPD), Eva Stone serves and protects the
human residents of the city. As a law-abiding law enforcement
officer, she never imagined that she would come face to face with a
dangerous rogue Master vampire. Misting her away from the city, the
wicked vampire keeps her with him, toying with her, and tormenting
her with his sinful, scorching touch.

Eva's blood and body drives
Gabriel to the very edge of his reason and restraint. Faced with an
impossible choice, will Gabriel succumb to the pain and violence of
his past, or will he make the ultimate sacrifice for her?

Eva wrapped her jacket tighter
around her. She had changed out of her police uniform, but she still
carried her gun under her jacket. It had been a long night. There
had been a ton of paperwork to complete back at the station after two
rival teen gangs had been rounded up. Lawyers and angry parents
flooded the station. The night had been filled with threats and
tears, and violence. A little old grandmother had bulldozed her way
past the rows of police officers and whacked her red-faced, heavily
tattooed grandson resoundingly over the head with her walking stick
the moment she spotted him.

According to her partner, Kirk
Onaga, lawyers were much easier to deal with than family members.
Eva believed him. Kirk was a veteran, having served the New Moon
City Police Department (NMPD) for thirty-five years.

Kirk was due to retire at the
end of the year. Eva had been with the NMPD for less than a year.
They made quite a team, the retiree and the rookie. Not
surprisingly, they had been given the safest, easiest routes to
patrol. Eva had spent the last six months on the job patrolling the
main streets of New Moon City, near the central business district,
where everything ran like clockwork and everyone was well-dressed and
law-abiding. Nothing much to do except smile and help little old
ladies across the street, drive around in the beat-up police cruiser
and gulp down copious amounts of coffee in plastic cups.

On some nights, they got
called to sort out some domestic disputes, or some minor altercation.
Nothing particularly dangerous or life-threatening. The NMPD dealt
with human crimes and human criminals. They didn't police the
paranormal community in New Moon City. That was the job of the PAC
Enforcers.

The PAC (Paranormal Affairs
Council) had its hands full, policing and protecting the paranormal
residents of the city. New Moon City was a veritable melting pot,
the first city to recognize the existence and rights of paranormal
beings. Vampires, witches, demons, weres lived and worked side by
side with humans. The PAC Enforcers patrolled the city streets as
well, and Eva always acknowledged the Enforcers with a quick nod.
They might be from different departments, but they were fellow law
enforcers, all working to keep the city safe.

New Moon City's rapidly
increasing population was still largely human. The NMPD officers
were all human. But not all the PAC Enforcers were paranormals. In
fact, the Head of the PAC's Enforcement Unit was a former NMPD
legend, Jett Riley.

New Moon City wasn't a safe
place. Far from it. It was unpredictable and volatile, with dangers
and tensions simmering just below the surface. As a police officer,
Eva knew danger and violence, but she had never really come face to
face with a truly deadly foe. The paranormals she encountered on the
streets going about their daily business were civil and law-abiding.
She had once witnessed two Enforcers taking out a rogue werewolf in a
dark alleyway. The Enforcers had fought and destroyed the rogue with
speed and skill, but the injuries they sustained from that brief but
brutal fight had been horrific.

There were shadows everywhere
in New Moon City. Some shadows remained where they were, letting you
pass unmolested and unharmed. Some shadows had eyes, hungry, angry
eyes, watching and waiting for the perfect victim.

Eva hurried on, shivering
against the cold. The city was a dark, dangerous place, but Eva had
never really stepped off the periphery into the dark heart of the
city. Her family was human. All her friends were human. Her
colleagues at the NMPD were human. She had never come into close
contact with a paranormal. Having a quick chat with the gum-popping
vampire who worked the night shift at the convenience store opposite
her apartment and greeting her werelion neighbors at the lift lobby
didn't exactly count as close contact.

Eva knew that she was just
teetering on the edge of a precipice. She didn't want to make the
effort, and take the leap. She lived in a city teeming with
paranormals, yet she hadn't tried to really get to know them, and
love them. All her ex-boyfriends had been human. She didn't have a
single paranormal friend. Eva winced at the thought. Why was that?
Was she...prejudiced against paranormals? Was she a closet bigot?

Eva blew out a breath,
watching the mist curl from her lips. The street was well-lit but
deserted. She was passing a row of terrace houses, and there wasn't
a single light in the windows.

As she quickened her steps,
she caught a sudden movement at the corner of her eye. She spun
round, and saw that the front door of the corner house was slightly
ajar. She frowned. Had it just creaked open? She didn't remember
seeing an open door just now. She was sure she would have noticed it
immediately.

Slowly, she walked towards the
corner house, watching for any movement in the windows. The windows
were covered with plain white curtains, and she couldn't see if there
was anyone in the house.

As she neared the front steps
leading up to the door, the door seemed to open a little wider. It
felt almost like a subtle, silent invitation.

Goose pimples erupted all over
her skin. Doors didn't just open on their own. There must be
someone behind that door.

Silently, she mounted the
steps. A strand of hair had come loose from her braid and the wind
whipped it across her face. Impatiently, she tucked the strand
behind her ear and saw the door inch open.

She blinked hard. It must
have been the wind. The wind was blowing against the door, pushing
it open.

And it must be the wind,
curling around her legs, insistently pulling her into the dark
interior of the house.

Eva hesitated for a heartbeat
at the threshold. She peered in cautiously, and saw that the house
was completely empty. There was not a single piece of furniture in
the spacious living room. All she saw was dust and shadows.

And a pair of eyes.

She blinked and they were
gone.

Swallowing hard, she stared at
the stairs again. She had seen bright, amber eyes staring straight
at her from the top of the stairs. She hadn't imagined them. They
had been right there, looking directly at her.

She made a small sound at the
back of her throat.

“
Who's there?” she
whispered.

The house seemed to whisper
back to her. She thought she heard a name.

She glanced over her shoulder.

There was no one there. No
one behind her.

Were her senses playing tricks
on her? She turned back to the house, and started.

She had seen it again. Not
eyes this time.

She had seen a smile in the
dark. A silent, sensual smile.

When she looked again, it was
gone.

There was someone at the top
of the stairs. She was positive. She had seen his eyes, his smile.
And she could sense him. A dark, powerful presence in the shadows.
Watching her, smiling at her, taunting her.

She even heard his voice. His
name.

The wind whispered in her ear
like a lover and blew her hair gently across her nape. Eva felt her
hair flutter against her neck and her jaw, caressing her face and
touching her lips like soft, tentative fingers. Her heart was
hamming in her ribcage as she laid a hand on the door and pushed it
wide open, allowing the light from the streetlamps to spill into the
house.

She saw no footsteps in the
thick layer of dust on the floor. She held her breath and listened.
There was no creaking from the floorboards upstairs.

Yet she was sure there was
someone in the house.

With a steadying breath, Eva
drew her gun and stepped soundlessly into the house.

Eva heard the door close
quietly behind her, but she didn't flinch. Her eyes swept quickly
across the empty hall, then focused on the flight of narrow stairs at
the corner of the living room.

Pointing her gun up, Eva
climbed the steps silently. Her gun jerked at a sudden movement
above her. Her finger tightened on the trigger as she took aim at a
dark hulking shape on the second floor landing.

She swallowed hard and winced
when she realized that she was pointing her gun at an old cardboard
box.

She held her breath, but the
house was utterly silent and still.

But she was sure she had seen
someone. Someone with deep, piercing amber eyes and a sinful smile.

She reached the top of the
stairs and stepped determinedly forward in the gloom. Her eyes
darted in all directions.

Where are you? Who are
you?

She could sense him,
feel
him.

She didn't know how she knew,
but she just knew where he was.

It was as if she was following
an invisible string, a string that tethered her to him.

Walking slowly and steadily
across the landing, she made her way towards the room at the end of
the corridor. The door was open and she slipped in easily. The
light from the street lamps streamed through the thin white curtains
into the room.

She scanned the four walls,
the floor, the ceiling. There was nowhere to hide in the room. It
was completely empty, like the rest of the house. In fact, the house
looked like it hadn't been occupied in a while. Eva frowned and
tried to recall if she had seen a “For Sale” or “For
Rent” sign out front. No, she was sure she hadn't.

She took a deep breath. The
house was in good condition, just vacant. But she was pretty sure
she wasn't alone in the house. And she was sure that whoever was in
the house was a paranormal. Strangely, she didn't feel afraid.
Which was not only strange, it was stupid. Fear heightened your
senses and sharpened your response. Don't be afraid to be afraid,
was Kirk's constant refrain. Fear saved my life, kid.