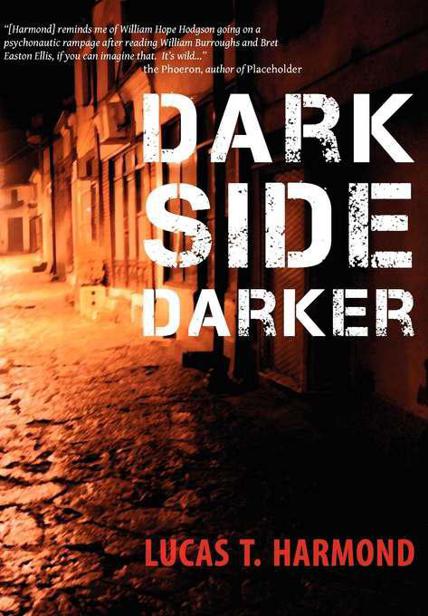 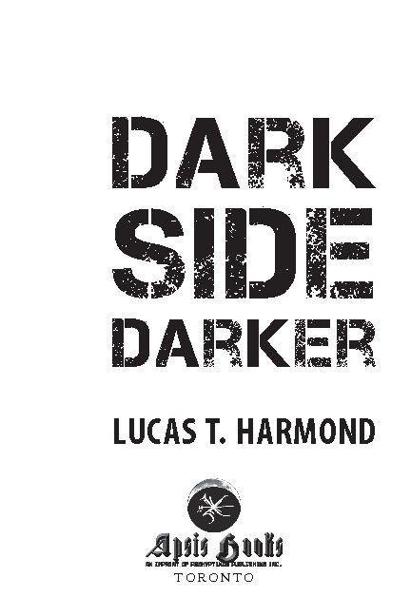 A single river of red had run down the face of the figure and was mixing into the still-drying oil paint. There wasn’t a cloth so he began to dab at the spill with his brush. It stopped and he began to assess how much damage had been done. He found himself following up the smeared trail of red to its source, the mess where an eye should have been. Something was bothering him. He sniffed the paint scented air and noticed a sort of copper like smell.
Thick and rich
. He didn’t think much of it. It was barely present, just about noticeable. A streak of red shot out of the other eye crater,
only too quickly
. It darted like mercury down into an area of shadow and disappeared.

“What the fuck?” Josh said in a whisper and blinked. Then the painting was normal again. Just the vague trace of the original run-off remained. He just stared for a second, stunned and with a hint of fear beginning to grow in him. The paint had seemed
not to
run down the canvas but
instead had seemed
to pour down the face. It had followed the contours of the skull beneath, ran down the neck, and when it had reached shadow, had actually seemed to flow beneath.

Josh froze, trying to understand exactly what he had just seen, but couldn’t...

In Hardcover, Paperback, and Ebook

Copyright 2011 Prohyptikon Publishing Inc.
The Moral Right of the Author has been asserted
.

All rights reserved. Except as permitted under the U.S. Copyright Act of 1976, no part of this book may be used, stored, transmitted, or reproduced in any manner whatsoever without prior written permission of the Publisher.

Discover other ebook titles from Prohyptikon Publishing Inc. at Amazon.com

This book is also available in print from retailers everywhere.

This book is a work of fiction. All characters, establishments, events, and locations portrayed are either products of the author’s imagination or are used fictitiously.

Due to mature subject matter, content, and language, this Apsis Books title is not suitable for readers below the age of majority in their respective countries.

A Dance Before Dying

"More Things in Heaven and Earth..."

Death of a Party

"We Live Inside a Nightmare..."

Picking Up the Pieces

Voices in the Dark

Picking Up the Trail

Spider in the Web

Drilled By the Man

DETECTIVE IAN MCCALISTER watched heavy rain spattering onto his window screen from sleep weary eyes; it was late and he had been heading home after his shift. He yawned and cursed that he’d been the one to get the call. It had been a frustratingly long day and entirely non-constructive. A day of picking up leads and questioning witnesses on a particularly nasty armed robbery of a post office, which had left one dead and another poor girl with only one hand after the sawn off shotgun that her boss had been wrestling against had gone off.
Very nasty indeed
.

The day had got him—and his team—no closer to finding a suspect. They’d been checking through a list of veterans who might have worked a job like this but so far nothing had turned up. As for the robbers, they’d both been wearing black bike helmets and had taken off on a fast bike, which none of the witnesses’ seemed to have gotten much of a look at.
Two had even thought it was a different colour for Christ’s sake
! It had been a frustrating day and didn’t seem to be letting up.

McCalister sighed and rubbed the tiredness from his bloodshot eyes. This was the last thing he needed right now. He just wanted to hit his bed like a block of concrete and let the deep embrace of sleep excise the demons of his day. What he didn’t want to be doing was tying up the shoe laces of some rookie who’d got into some kind of mess.
Whatever
the hell that mess might actually turn out to be.

“Our’s is not to question why,” he mumbled to himself as he slowed the sleek BMW to a halt at some traffic lights. He watched the warm red glow rippling through his screen.

Ten minutes ago he’d got a call from headquarters. After it had finished he’d been none the wiser as to what it had been about.

“Fuckin’ kids!” He mumbled as he pushed the car forwards again. He’d been asked to check on some new recruit who’d called in babbling in terror. The operator had told McCalister
that he hadn’t been very helpful
, pretty much refusing to tell her what it was he’d discovered. Before this, the lone officer had been sent to a possible disturbance in the wealthy suburbs of Green Acres.
It seemed it had been too much for him
. McCalister cursed that they ever let these young fish out without a partner, but he supposed, with the recent cutbacks and lack of new flesh it wasn’t always possible.

Either way, the officer had clearly found something terrible and, since he wasn’t answering their calls, it wasn’t even clear if he was still on the scene. As the disturbance was reasonably close to his home, it was him who’d been lucky enough to be assigned the task of finding out. It sounded like the typical sort of mess he always seemed to have put on him. He tried to think back to exactly what the girl on the speaker had told him, but it didn’t really reveal anything new; in fact, she had seemed slightly phased and nerved by whatever this young fish had told her. Hysteria,
as well he knew
, was contagious. Even he was beginning to feel its bite. He dreaded what he was going to find at 103 Long view Avenue.

But Ian McCalister was a betting man and he was willing to place short odds on it being nothing good.

He turned onto Long view about five minutes later and it was pretty much how he remembered it. All expensive cars, white washed walls, ivy climbers, painted wooden shutters, big gardens and even bigger houses.

The rain was getting heavier by the minute and he’d heard the distant rumble of thunder once or twice but as of yet still hadn’t seen any lightning.

As he neared the house, he became aware of a squad car parked on the opposite curb. It was too dark, despite the street lamp above, to tell if the officer was inside.

The house itself was largely obscured by a huge oak which was being pelted by the sweeping winds.

As McCalister rolled up to the curb, he peered into the police car opposite. He picked up the receiver of his radio.

“Okay Karen, I’ve just got to 103, the squad car is still here and I’ll call back just as soon as I know what the hell’s going on. Okay?”

“I’ll try,” he grumbled more to himself. He sat there for a few seconds taking in his surroundings, sighed once more and then got out of his car.

“
Fuckin’ hell!
” He complained as the full extent of the night blasted over him, hard sheets of rain pelting into his face and wind ripping at his lightly clothed body.

The twisted limbs of the oak above him groaned ominously and whirlwinds of damp leaves danced along the cracked pavement towards him. McCalister shivered and wasn’t certain why. He had an uncomfortable feeling as he looked towards number 103. The house stared back with its large black windows.

Deciding he wanted to get this over with as soon as possible, he swept his suit jacket around himself and made for the squad car. It wasn’t till he was a metre away that he realised someone
was
inside. The young cop was staring out of the gloom at him, with slightly too-wide eyes. McCalister tried the door but it was locked. The kid made no move to unlock it. He tapped on the glass and waited. There was no reaction from inside, he didn’t even flinch. Instead the young lad just kept staring straight into McCalister’s face as if he wasn’t there.

Slightly annoyed, he smacked the window again; this time it seemed to bring the cop out of his trance and he cautiously moved to flip off the lock. Wary and far-too-alert eyes were piercing into McCalister as he opened the door and noticed—with an insight that disturbed him—that the officer looked ready to attack.

“It’s alright, son,” was the first thing McCalister said; and when the kid continued silently eyeing him, he went on to say, “Detective Inspector Ian McCalister.”

He offered out his hand but the kid just stared at it.

McCalister took in the image of him. The recruit looked about ten years younger than him, probably early twenties. Short, conservative hair and some slight stubble over a rounded jaw, but above all else, the eyes are what stood out. The kid looked insane, his grey irises staring back with an unsettling intensity. His pupils were just pin pricks in glass and despite the fact they were settled on McCalister’s face, it looked as if they were focusing on a much farther point.
Much farther
. McCalister had seen that look before; when he saw it here, he took it as a bad omen.