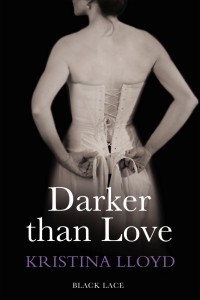 Lord Marldon took Clarissa’s hand and kissed it. She knew at once this man would be her master and tormentor. While the thought filled her with dread, an unfathomable desire – deep and fierce – twisted like a knife within her.’ It’s 1875 and the morals of Queen Victoria mean nothing to London’s wayward and debauched elite. Young but naive Clarissa Longleigh is visiting London for the first time. She is eager to meet Lord Marldon – the man to whom she’s been promised – knowing only that he’s handsome, dark and sophisticated. In fact he is depraved, louche, and has a taste for sexual excess.

Clarissa has also struck up a friendship with a young Italian artist, Gabriel. When Marldon hears of this he is incensed, and imprisons Clarissa in his opulent London mansion. When Gabriel tries to free her, he too is captured and the young lovers find themselves at the mercy of the debauched lord.

He touched his fingertips to her cheek, turning her gently to meet his gaze. She looked at him steadily. His lips were set in an arrogant half-sneer, and his black, inky eyes glittered with callous joy. She saw in that expression how sure he was of his hold over her, of his ability to master her, body and soul. His confidence was unshakeable. It incensed her, it crushed her, and it thrilled her.

‘You see, in your innocence you think love the greater force,’ he said softly. ‘And, true enough, it binds many couples. Although there are plenty who do not even have that. But as man and wife, Clarissa, you and I will be bound by something so much darker than love, so much stronger.’ 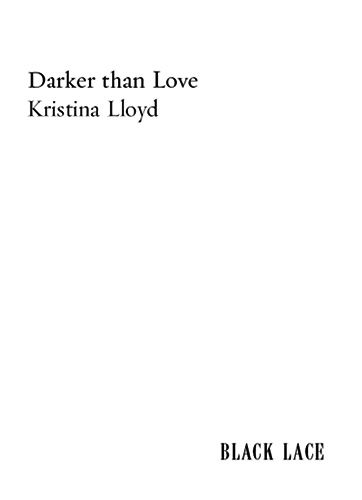 CLARISSA LONGLEIGH STOOD
by the window, her nervous fingers toying with the crimson drapes. The dipping sun had at last touched the tallest mast at Chelsea Wharf, and to the east Battersea Bridge was busy with a flow of hansom cabs and carriages. The afternoon was almost over.

A paddle steamer gliding downriver sent clouds of drifting smoke into the azure sky. Silvery water cascaded from its churning wheel, and fishing boats, dwarfed by the ship’s great bulk, bobbed gently in its rippling wake. How slow it was, thought Clarissa. As slow as time spent waiting. If the weeks leading up to her marriage were as long as the hours had been today, then summer would be interminable.

She sighed restlessly, her thoughts surging ahead. Would Lord Alexander Marldon be everything she wanted him to be? ‘Sophisticated and handsome,’ her father had said. ‘Dark,’ Alicia had said, and that pleased Clarissa greatly. A fair man was not to her taste.

She prayed she would meet with his approval. The prospect of returning to the Sussex countryside at the close of the season filled her with the dread of boredom. Clarissa had no desire to spend her nineteenth year
stitching dull little samplers, marking time while her father sought another worthy suitor. She wanted to be wed in the autumn, as proposed. She wanted to be the wife of the sixth Earl of Marldon and live at Lockstone Hall on his grand Wiltshire estate.

Tonight at supper, under the disapproving gaze of her father, she would dazzle Lord Alec. She would wear the daring blue silks which her new stepmother, Alicia, had insisted upon. Her ebony hair would be curled and piled high, and she would be elegant, witty and charming. How could the earl be anything other than impressed? Perhaps, in a summer of dancing, he would feel compelled to lure her into things more intimate than polite conversation. Away from suspicious eyes, he would embrace her passionately and press lingering kisses to her lips.

Clarissa frowned, and flicked at a golden tassel hanging from the curtain-tie. It was unlikely to be quite so easy. Her father and stepmother were soon to embark on their honeymoon tour and, in their stead, Hester Carr was to act as guardian and chaperone. A maiden aunt, seldom without her good Bible, was not rich with promise.

A clatter at the door broke into her reverie. Kitty Preedy, struggling with a tall, copper pitcher of steaming water, shuffled into the bedroom. Her elfin face was flushed with exertion.

Clarissa smiled, her rich-blue eyes softly sympathetic. The Longleighs’ town house had been closed since the death of Clarissa’s mother, some fifteen years ago. While it was pleasantly situated and of a good size, the facilities were somewhat lacking, and the family were having to wash in primitive hip baths.

Kitty placed the jug by the half-filled wooden tub and swept a thin forearm across her damp brow.

‘Lordy, I hope you won’t be after smelling sweet every
day, miss,’ she gasped, kneeling on the fireside rug and readjusting her mob cap. Several limp strands of corn-coloured hair fell free and she tucked them behind her ears. With a grunt, she poured water into the bath, muttering oaths as a cloud of steam enveloped her.

Kitty – Pretty Kitty, they called her – was one of the few servants from Sebdon Hall who had accompanied the family to London. Back home she was a mere scullery maid but here, at Alicia’s insistence, she’d been promoted to housemaid. It was rather odd to see her in a neat black frock and crisp white pinafore instead of shabby hand-me-downs. She looked almost presentable.

‘So how does London suit you, Kitty?’ enquired Clarissa.

‘I don’t know much about London, miss,’ the maid sighed, sitting back on her heels. ‘I haven’t seen anything but muck and dust for days. Haven’t even had a chance to find myself a fancy man yet.’

‘If I know you, Kitty,’ replied Clarissa, ‘I dare say that will happen within a short enough while.’

‘Not at this rate, it won’t,’ she countered. ‘I’m fair run off my feet, I am. If the master doesn’t get some more help in sharpish, I’m going to be as badly off as you. Who’d have thought it, eh? Me and you, both twiddling our buttons until harvest time.’

‘Kitty!’ reprimanded Clarissa, putting on a frown. ‘If you continue to speak in such a manner I shall be obliged to take that soap and water to your mouth.’

Kitty grinned. ‘Does all this London air come with graces in it, then?’ she teased. ‘I ought to go and take a few breaths for it’s fairly turned your head, miss.’

‘Someone might hear, that’s all,’ cautioned Clarissa in a low voice.

She was glad to have Kitty in town. In recent months they’d struck up an odd sort of friendship. It was thanks to the young maid that Clarissa, one shy September morning, had learnt all about the mysteries of love. She now knew exactly what to expect on her wedding night.
To her shame the prospect, though somewhat daunting, filled her with a hungry ache.

Whenever she dwelt on it, as she often did, the place between her thighs grew heated and damp. But it hadn’t taken Kitty to tell her that, even without a man, there were ways to calm those feelings. She knew that it was sinful – shamefully, wickedly sinful. A lady of breeding, her governess often said, is fortunate in that she does not suffer from nor submit to the demands of vulgar, bodily appetites, as men and animals do.

But Clarissa suffered. And the cravings of her body were such that, in moments of privacy, she was prepared to forfeit her status as a lady of breeding. She was becoming quite an expert at pleasuring herself.

‘I don’t think you need worry overmuch about your chores,’ she said, guiding the conversation back to safer ground. ‘More staff are to arrive later in the week so your burden should be eased.’

‘It isn’t my burden that wants easing, miss,’ replied Kitty, getting to her feet and shaking out her skirts. ‘It’s this darn ache in my cunny.’

Clarissa shot her a disapproving glance but it was a weak effort and Kitty paid her no heed.

‘Anyway,’ she continued, crossing to join Clarissa by the window. ‘If these new folk are anything like your French miss, I don’t much fancy my chances. Looks like she’s got a broom handle up her fundament, that one.’

Clarissa gave a tiny gleeful laugh. Alicia had taken it upon herself to appoint Clarissa, now she was of age, a lady’s maid. Pascale Rieux had arrived only yesterday and Kitty was quite right: the young woman certainly didn’t have the friendliest of airs.

‘Well I never,’ breathed Kitty, pressing her nose to the glass. ‘Your old man’s turning into a dandy little lapdog.’

Clarissa followed the housemaid’s gaze to the wide pavement of Cheyne Walk below. Fine silks and linens strolled in the shadow of elm trees and there, standing
beside a dray horse and cart, was the stout figure of her father, his brow creased in dismay.

‘If that’s what love does to you,’ murmured Kitty, ‘I don’t think I’ll be wanting much.’

Eager to take a closer look, Clarissa jerked up the sash. Kitty wrinkled her nose in distaste.

‘That river’s in need of a few rose petals,’ she complained, backing away. ‘Think I’d rather be fetching up more hot water.’

Clarissa knelt to lean over the sill. Her father, a powerful shipping magnate, was generally regarded as a strong-willed, authoritative man, with a touch of the tyrant about him. But, since Alicia had entered his life, he’d changed almost beyond recognition.

Alicia sparkled. She was a flame of red hair and a swish of beautiful gowns. It was she who had persuaded Charles to reopen his town house, saying Clarissa really ought to be introduced to London society. On their arrival she’d declared, ‘The only way to improve this place is by burning half the contents.’ ‘Absolutely not,’ Charles had replied. ‘A preposterous notion.’ And yet here he was, gazing on mutely as men in shirtsleeves removed the offending pieces of furniture. It was a delight to behold.

Clarissa bridled. Pascale Rieux had yet to learn her station.

‘You close it,’ she replied, maintaining a dignified calm and rising to her feet. ‘And I’ll thank you to remember you are in England, Pascale. We speak English here.’

Pascale, without replying, busied herself at the washstand. When Kitty staggered in with another pitcher of water she turned on the housemaid with flashing dark eyes.

‘She is saying,’ sighed Pascale, ‘to please hurry up and to please close the window.’

‘But without the “please”,’ added Clarissa tartly, sliding the window shut with a vigorous heave.

Kitty set down the jug and, making a face at Pascale’s back, left the room with the merest of curtseys. The French maid planted herself on the plush-seated chair by the dressing table. For a few moments she closed her eyes and drew long, deep breaths.

Clarissa gazed at her, intrigued by the faint quivering of the young woman’s nostrils. What a curious creature she was, she thought, and how strangely beautiful. Her face was delicately boned, yet she had a strong Roman nose with the slightest sideways bend to it. On anyone else, that nose would have been monstrous, yet on Pascale it was perfect.

‘Mademoiselle, forgive me,’ she said at length, looking at Clarissa with an unwavering gaze. ‘I do not wish to be rude. It is simply that I want you to be very beautiful for tonight. And this house, it is … it is
chaotique
. It makes me too furious. Forgive me.’

Rising Sun, Falling Shadow by Daniel Kalla
The Champions by Jeremy Laszlo
The Home For Wayward Ladies by Jeremy Blaustein
MagicalMistakes by Victoria Davies
Summer at the Shore Leave Cafe by Abbie Williams
The Bad Boy Next Door: A Red Hot Bad Boy Romance by Lacey Legend
Everything Begins and Ends at the Kentucky Club by Benjamin Alire Sáenz
The Judge Is Reversed by Frances Lockridge
A Little Bit Naughty: A Tahoe Nights Story by Anne Rainey
Whispers of the Heart by Ruth Scofield