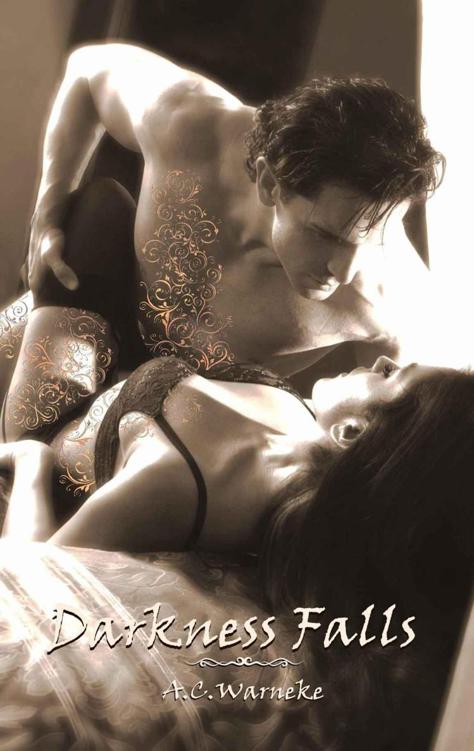 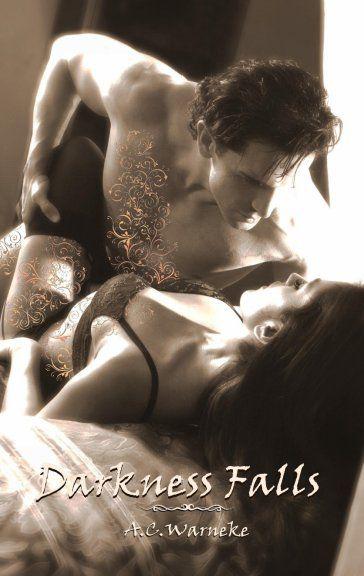 Darkness Falls refused to be written anywhere other than my daughter's dance studio so this book is dedicated to the amazing teachers, assistants, front desk ladies, dance team, and all of the talented dancers at World of Dance. Thank you for giving me a place to write!

As always, dedicated to my friends and family and the men and women of the U.S. Military

I want to thank my pre-Beta Beta Readers and my Beta Readers for your help and encouragement and for
believing in the story when I had lost faith:

The story so far

The story so far

A shudder wracked Malorie Sinclair’s body and she had to breathe in through her nose and slowly blow the breath out through her mouth until the queasiness in her stomach passed. Memories of the past couple of months assaulted her, starting from the moment on Christmas Eve when everything had changed. She had been at the mall when there was an unexpected open feed for the local vampires. Despite the fact that there had been no warnings, she shouldn’t have been there. She had spent her life tracking nests down and killing the monsters and at the first hint of unease she should have fled.

Instead, she had tried to tell herself that she was over-reacting because the authorities would have announced a feed. It wasn’t until she saw the masses of black clad youths arrive with euphoric expressions on their faces that she accepted she had screwed up. The kids had looked forward to an encounter with vampires because they saw the monsters as beautiful immortals. Malorie saw vampires for what they were: the cold, rotting corpses of dead humans needing blood and magic to stay alive.

Unfortunately, she had been in the wrong place at the wrong time and that is where the hot-blooded vampire Feryn had discovered her. He had swooped her up into his powerful arms and bit her, making her question everything she knew about vampires, about her life, because she had so easily succumbed. She had run but in the end he had tracked her down and stolen her away to his hidden island in the middle of nowhere. He had told her she was valuable to his people because she was a Breeder, a special race of humans believed to have died out hundreds of years before.

It quickly became apparent that he was vastly different from the vamps she hunted, despite their introduction. Vampires were cold and dead, Feryn was burning with life. In truth, he was an Aradian, ancient and powerful, and it was his race that was responsible for creating vampires. Not all Aradians were vamp-creators but those who did create vamps tended to give into vamp-madness and they were a danger to everyone.

It was the Aradian Taella that brought death and destruction down upon the small village where Malorie had been staying. Once again, she never should have been there but when Feryn agreed to let her go, he had recreated her memories and settled her in the hidden town to give her time to adjust to her new life. If she hadn’t been pregnant, the memory augmentation might have succeeded. Luckily, it failed in a spectacular manner because if it had worked then she would have had no knowledge of vampires and she probably would have been killed in the slaughter.

It was because of the unwanted alterations to her memories that she had remained at the town instead of returning to the Aradian compound after her original memories had been restored. She had needed time to deal with everything, from the unexpected pregnancy to Feryn’s unilateral decision to give her a happier version of her past and a future of relative peace. All she had wanted was him.

Alone with her thoughts, she sprung out of bed when the vampires attacked. She fought, taking out as many of the blood suckers as possible until she had been overwhelmed by the sheer number of vamps. She didn’t understand why they hadn’t killed her right away until her husband – her dead husband – stepped forward and promised her that they would be together forever, no matter how much she begged him to simply kill her and not turn her.

It had been Taella who had turned Jack into a vampire.

As she thought about her husband, the man he had been and the monster he had become, a tear slipped down her cheek. Even as a vampire he had loved her, at least in his own way. Perhaps that was why he had been able to be in her presence and not be completely repulsed. Strangely, as repulsed as she was by vampires, they were as repulsed by her because she was a Breeder. It had something to do with the life that teemed within her being abhorrent to those whose life was gone. If ordered by their Aradian creator or if they are in a killing frenzy, vampires could kill a Breeder but they never drank a Breeder’s blood. Until Jack drank of her and nearly drained her dry. Before she succumbed to death, Feryn had killed all of the vamps and saved her.

It was when she had been unconscious that she had an extraordinary vision and finally understood what she was, what her father and grandfather were, and that they weren’t exactly human nor were they typical Breeders. Nearly four hundred and fifty years before, one of the original Aradians, an alien creature, had manipulated the Hunters’ DNA to be a match for the ruthless and brilliant Aradians. But fear had kept her father and grandfather off the Aradian radar. Even after her grandfather left her father long before Malorie came along, Gus remained desperately cautious, training Malorie to be a hunter, a survivor, staying hidden. Until the incident at the mall when Malorie’s mistake cost them both their freedom.

While she was having her own misadventures, her father had managed to escape from the Aradian compound. Despite having no idea where he was, she knew she had to find him, to tell him all that she had learned, and beg his forgiveness for everything. She could only hope he was safe.

**At the end of
DARKNESS COMES
, Malorie had a dream about Varick. That event takes place about half way through DARKNESS FALLS.**

The young girl clambered onto the stool, pulling herself up until she was level with the kitchen counter. The ingredients for her sandwich were laid out in front of her: bread, peanut butter, chocolate spread, a banana and strawberry jam. She smiled, pleased with how she had been able to get everything she needed onto the high counter. Her father would be pleased to discover just how well she could take care of herself when he couldn’t be there, which was often since there were so many vampires to deal with. She had hoped today would have been different because it was her birthday but there was a nest that had to be erad… eradi… wiped out. But he had promised to bring home something special to celebrate her eighth birthday.

Malorie Hunter hoped her father would get her a doll but she knew that he would probably get her something practical, like another sword or a set of lock-picks. That was okay, too, because they would have ice cream to celebrate. They always had ice cream on her birthday, no matter where they lived or how busy her father was. It was their traditional treat for special occasions, like her birthday or a big kill. Occasionally, the men who fought alongside her father would join them but usually it was just her and her father, which was how she preferred it.

The Circus Fire by Stewart O'Nan
David Mitchell: Back Story by David Mitchell
Rise of the Notorious by Katie Jennings
The Path of Minor Planets: A Novel by Greer, Andrew Sean
The Fabled Beast of Elddon by David Barber
Glendar (The Mating Games Book 3) by Catty Diva
The Keeper of the Walls by Monique Raphel High
Burning in Water, Drowing in Flame by Bukowski, Charles
Naughty Wishes Part II by Joey W. Hill
Gestapo by Edward Crankshaw