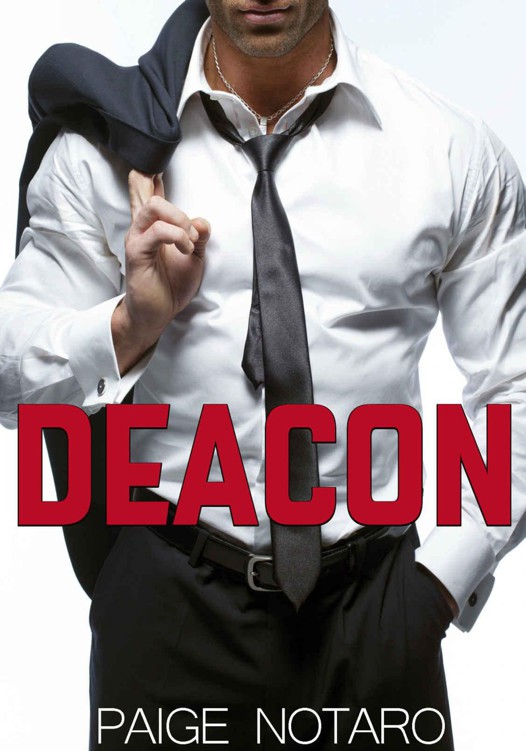 All rights reserved. No part of this book may be reproduced or copied without the express written consent of the author. This book is licensed for personal use only.

This book was also published under the title “
POWER PLAY”

I love hearing from fans!

Here’s how you can reach me:

This book is dedicated to my loving family who suffer through my long silences and then sudden bursts of excitement as I’m about to publish.

Most of all it is dedicated to my fans. Your support and sweet messages have given me more joy and pleasure than you can ever know. Thank you!

Even before I saw him, my night was already going off course.

I was sitting at my departure gate in the airport, facing the wide halls. My laptop sat open on my jeans, but I’d long since stopped working. Some part of me probably knew that worrying wouldn’t change the weather. It sure didn’t stop me from trying.

Across the hall, the tall windows lay dark and squiggling under the heavy rain. The airport lights seemed to be on extra bright, and a nervous tremor filled the concourse.

On good days, I loved people-watching at airports once my work was done - just imagining which end of the earth someone was flying off to. But no one was going anywhere now.

Most of the other flights were delayed or outright cancelled. People looked at the departure screens over my head like they were seeing the Rapture. I kinda wished I still had someone to pray to myself.

A cute Asian guy in rolled-up sleeves literally groaned as he read his flight off the monitor. He jammed at his smartphone and wandered off tilling his hair.

Other business people made similar noises nearby. I’d already texted Phil and sent him a link to the weather radar here, so he’d know I wasn’t BSing if things got worse.

I glanced over my shoulder. For now, Houston was still On Time. A queue snaked out from the counter - probably people on other flights trying to see if they could book a seat in the overhead compartment.

I took deep breaths. It would be fine if I didn’t get back tonight. I could finish my report remotely. Phil could even debrief me remotely. No reason not to be calm.

I looked around for any inspiration. Across the hall, an older Indian woman with long braided hair sat serenely on the carpet. It looked like she was meditating. I studied her, entranced by her dimmed, sightless eyes and the utter calm on her face.

Was it a religious thing? It didn't seem so. She had a freedom beyond what even this place could offer. Maybe I should check out a meditation center when I had time. But I’d spent plenty of my life sitting in silence, and that hadn’t set me free one bit.

A roar set off from the Irish pub just a bit down the hall. A whole table of tough looking white and Latino guys was falling off their chairs laughing.

Now
that
was a far more attainable form of freedom. They looked friendly and earnest. I wasn’t going to go introduce myself or anything. But I bet if I did, they would pull over a chair, cull the swearing a tad and shove a beer in my face. The thought cheered me a little.

Maybe now was the time to practice drinking. Alcohol relaxed people, but I still didn’t like the taste. I hadn’t drunk much even in my last two years of college. As it was, I could barely handle the fruity cosmopolitans Mira ordered for me whenever we went out.

Speaking of which, I better let her know that she was watching Snowflake a bit longer.

I texted her:
Might be stuck in Chicago another night. Pay you back in hugs and drinks?

Mira shot back right away:
Sure, as long as I get to see you drinking said drinks
.
Deal?

I watched one of the big guys at the table shake his friend amiably. The two were flabby and kinda wrinkled, wearing ugly t-shirts and withered jeans, but their ease made them more attractive. Where did they come from? They looked like oil workers, maybe on layover from North Dakota. I'd worked for some companies in Houston that did projects there.

The guy whose back I’d been learning so much about stood and stretched noisily. I jerked my head back to my screen. I didn’t want him to get the wrong idea if he saw me.

My perfect little flight was showing signs of distress now. The departure time had inched up ten minutes. There was a good chance it wouldn’t end there. I began searching hotel rooms. Bad weather might be an act of God, but sleeping in a roach-ridden motel was entirely avoidable.

The other cancelled flights had already gobbled up many of the rooms, but there were still a handful left. Just as I got to the confirm screen for a Sheraton, a stray worry hit me. Was this a reasonable business expense? Probably, but I didn't want my record tarnished by something stupid, so I texted Phil a message of my screen.

I drummed the touchpad and waited, but minutes ticked past. My departure time jumped a full half hour. Suddenly, the room I was looking at showed an error message.

Should I call Phil? No, he might be at dinner. Or what if his silence
was
the response? Ugh, I never should have texted him to begin with. I should have earned to right to take a hotel room when I needed one.

The Irish pub table erupted again, offering a welcome distraction. A guy at the far end was holding up a glass and mumbling something. Other hands rose with frosty mugs. They clacked them wetly and started guzzling.

Maybe they planned on passing out here. I could too, theoretically. It was probably going to be crowded, but at least the terminal was clean and safe.

My phone vibrated. I snapped to it, but it was blank, just in my head. I sighed.

I glanced back at the table, hoping to borrow some more of their cheer.

I got way more than that.

A man was standing up from their table, addressing them. He was as tall as any of the other guys, but the similarities ended there.

The man had the sort of face that could hold people rapt even without words. His jaw was wide and cleft, dotted with a raze of dark stubble that made every move of his mouth drip with purpose. His cheeks were high and solid, like cliffs. Dark hair coated his head like jungle ferns - thick, with just a hint of disorder.

His eyes were alive as he spoke, a light grey that swirled like the storm clouds outside the windows. He wore a stone-color button down shirt tucked into tan slacks, a sharp blue sports jacket and an easy smile that did nothing to diminish his aura of power.

He glanced at each of the men, and I watched his lips move, brusque and confident. The other guys worked for him, no question. They were lumps of clay, and he was the finished product.

Suddenly his eyes lifted and landed directly on me. His gaze pierced me, ran down my spine. His lips gathered in a soft frown. I tore myself away.

Oh, god, how long was I staring?

I shivered. He had only spotted me a second, but the way he had looked at me, it was like he had grabbed me.

I was the one drooling over him. Why in the world was I feeling violated?

Maybe cause I wanted to be.

No, that was nonsense. Fine, he was hot. But airports were liberating precisely because crushes couldn’t go anywhere. Even if we shared a flight, it didn’t mean we were heading to the same final destination.

But there was a storm overhead now.

We could be spending the night here together
.

I knuckled the sides of my head until the thought died.

What gotten into me? I wasn’t that type of girl. I hadn’t been on more than a second date since starting work. College had made me a bit wild, yes, but I’d had boyfriends not booty calls. And neither of my exes could hold a candle to this man.

I chanced another look at the table. The hunk had disappeared. Only the sea of fat remained. Maybe he wasn’t even with the other men. That could have just been the manager coming over to get their names on the wall for beating some drinking record.

I sighed. He was too much, anyway. Maybe I'd get one last look to hold me before I boarded the plane.

“Ladies and Gentleman, American Flight 343, service to Houston has been cancelled due to the weather situation. We do dearly apologize for the situation, and are here to assist in any way we can. However, we are not able to provide accommodations for our passengers at this time. For more information about rescheduling, please line up at the counter.”

A literal stampede set off around me. What they were hoping to find, I could not imagine. The line, or what passed for it, collected around me as dense as a furball.

My boss had finally texted back:
Go 4 it.

4 what, exactly?
I wanted to write back. The '4' annoyed me the most. I'd waited so long for that?

A last sorry refresh of my search screen showed all rooms nearby as full. I'd be spending the night at Hotel O'Hare.

I really wanted to keep this spot next to the pillar. Thanks to the queue, though, the stench of all the bodies was growing into a weather system of its own. Even the woman who’d been meditating looked around bewildered.

Maybe other gates would be more habitable. Or maybe I should head to the Irish Bar and get something to nibble on. Maybe I’d see something to distract me for a little.

Just the thought made me blush. Nope, I was just going to find an emptier gate.

I packed my stuff into my roll-on and twisted my way out of the crowd. I broke free of the thick of it, then turned around. Every damn passenger seemed to be waiting for the counter.

Could everybody really be so unoriginal? Or maybe I was the one who'd missed something in the announcement.

Was it at me? Probably not. I stood on my tiptoes trying to see the counter.

Rushing Waters by Danielle Steel
Victory Rising by Blaine, Destiny
The Beauty Detox Solution by Kimberly Snyder
The Highway by C. J. Box
Scarlet Widow by Graham Masterton
Midwinter Sacrifice by Mons Kallentoft
Vimy by Pierre Berton
William Styron: The Collected Novels: Lie Down in Darkness, Set This House on Fire, The Confessions of Nat Turner, and Sophie's Choice by Styron, William
Breaking Deluce by Chad Campbell
A Christmas Miracle for Daisy (Taming of the Sheenans Book 5) by Jane Porter