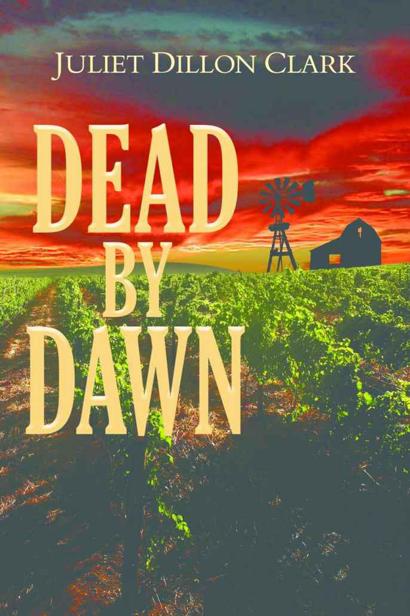 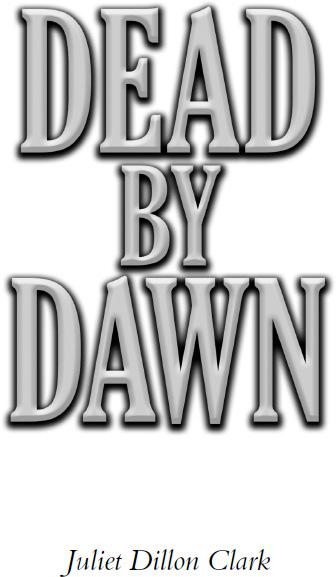 The characters and events in this book are ficticious.
Any similarity to real persons, living or dead, is coincidental and not intended by the author.

For Ally and Tyler

The night was warm on Labor Day weekend. The road outside the home in Shandon, California was quiet. If you stood still, the only noise that could be heard was the loud chirping of crickets in the night air.

Inside the small home, about a quarter mile off the main road, a family was cleaning up after dinner. The television was on in the small living room. David Davenport was in his favorite chair, watching television with his youngest daughter, Kelly, on his lap. The front door was open and the breeze from the night air was creeping in, cooling the warm house.

In the kitchen, David’s wife Shelly and their oldest daughter, Dayna, were cleaning up after dinner. Shelly was running water to do the dishes, while five year old Dayna helped. It wasn’t a lot of help, but Shelly loved that her little munchkin always tried to help her.

The Davenport’s three month old boy, Jeremy, was fast asleep in his room. The newly decorated blue baby’s room sat at the end of the hall. The Davenports had left the room white and refused to decorate until the baby was born. Both of them wanted a boy badly and their wishes had come true with Jeremy.

Down the road, the killers parked their car. The woman stayed in the car in case someone came along. She was told to wait fifteen minutes and then drive up to the house. The two men got their guns and masks out of the trunk. When all the gear was in place, they began walking up the driveway. They could hear the crickets and smell the odor of dirt, flanking both sides of the driveway. It had been recently disturbed to plant the long, green rows of wine grapes. They stopped near the house and conferred in whispers. Their attention was on David Davenport, one of their targets. The front door was open, making him an easy mark. One of the men silently crept along the side of the house, avoiding the window. He spotted Shelly Davenport, the other target, in the kitchen. The man got down on his knees and with his gun slung over his shoulder, crawled to the back of the house. The backdoor leading to the kitchen was open. He crept back to the other man waiting in the shadows. “We are clear on both ends. You take the front and I’ll take the back.”

The other man whispered, “Remember the boss’ orders. The kids do not get hurt.”

The killers positioned themselves by the front and back doors and burst in at the same time. David Davenport looked up in horror as he saw the masked man burst into his home. He grabbed Kelly and jumped up quickly; using the chair as a shield between them and the gunman. The gunman approached and fired a shot into David Davenport’s chest. Kelly scurried from behind her bloodied father. The gunman shot David again to be sure he was dead.

At the same time, the man at the backdoor burst in and shot Shelly in the chest. Dayna dashed in terror under the kitchen table. Shelly was still moving on the floor. The gunman put his boot on her neck to hold her still and shot her once in the head. Dayna screamed and tried to run away. The gunman scooped her up in his arms. “It’s okay. I’m not going to hurt you.” The gunman flung the gun back over his shoulder. He thought, this kid is stronger than I thought she would be. Dayna clawed and kicked him. He held her tighter to stop the movement. She bit him hard and he dropped her. She thudded to the floor, got up and ran toward the master bedroom and hid underneath her parents’ bed. The gunman followed her, running through the blood that had oozed onto the floor near David Davenport. He yelled to the other man with Kelly in his arms. Kelly was whimpering but not fighting him.

The masked woman drove up to the front of the house. She got out and took Kelly from the gunman; putting her in the back seat of the car with her. Kelly looked at the masked woman in horror. The woman tried not to look into Kelly’s frightened blue eyes.

The gunmen went back into the house. One of them ran to the kitchen and dropped a large bag of pot onto the kitchen table. The other went back to the bedroom to find Dayna. He looked under the bed. She wasn’t there. He yelled angrily for her to come out. The other gunman came in and searched the drawers for the papers they were looking for. He pulled clothes out of the drawers and threw them all over the room. “It has to be here,” he mumbled, frustrated that he wasn’t finding the documents they were supposed to retrieve.

The other gunman looked in the bathroom for the small girl. He flung the shower open and looked under the sink. He went out to the closet, opened it and rummaged through the clothes, thinking she might be hiding behind them. His eyes stopped on a clothes hamper. He opened the top and Dayna came shooting out, screaming and clawing. She ripped the mask off of the man’s face. She stopped as soon as she saw who it was. She knew him. When he realized she recognized him, he punched her in the head. She was bleeding from a large gash he’d left on her cheek. He picked her up. She was woozy, but she took off running down the hall and into the kitchen. Both of the gunmen ran after her, tracking David Davenport’s blood into the kitchen. They finally cornered her in the kitchen and subdued her.

One of the gunmen carried Dayna to the car and got in with her. “I’ll watch these two. Go in and help him find the papers.”

The masked woman went back into the house; tracking David Davenport’s blood into the kitchen as she helped the other gunman continue to search.

The other gunman finally said, “The papers are not here.”

The man and woman went back out to the car. The woman got in and said, “We forgot the baby.”

The gunman who was holding Dayna said, “No, leave the baby. She saw me. We have to kill the girls.”

The male gunman looked into the back seat at the man holding Dayna and Kelly. “We were told not to hurt the kids. The boss will kill us if we touch these kids.”

“The alternative is jail. We don’t have a choice,” the man holding Dayna spat back.

The female got into the driver’s seat, looking at the gunman in the back seat. “Why are we taking the kids?”

“We have to,” the gunman in the back said.

“It wasn’t part of the plan. We were supposed to kill their parents and leave the kids there,” she whined at him.

“This one saw me,” he said, pointing at Dayna. “We are going to have to kill them.”

The woman felt fear run through her. “We can’t kill little kids. What’s wrong with you?”

The gunman in back yelled, “Drive.”

The woman drove out of the driveway and headed toward Highway 46. The plan was that they would head to San Francisco after the Davenports were killed. She took a right and headed east on the 46 Freeway and passed Cholame. When they got to the 41 Freeway, the gunman in the back said, “Take this way, it’s a shortcut.”

The female driver turned left and headed down the highway. “This goes to Fresno. Is that where we’re going?”

“No, we’re going to the aqueduct by Kettleman City. We’re going to leave the girls there and keep going to San Francisco,” he barked.

The gunman in front said, “We are not killing these girls. We can’t.”

“We don’t have a choice,” the man in the back barked again.

The female driver said, “I have to go to the bathroom. I’m going to pull over as soon as I find a good spot.” She drove several miles, to an oak grove next to the highway.

As she started to get out of the car, the other gunman in the front said, “Watch the kids. I’m going too.”

The woman walked into the wooded area and the man followed her. She pulled down her pants and whispered, “We can’t let him kill those kids.”

“We’re not going to,” he said. “When we get out at Kettleman City, I’m going to shoot him. We’ll figure out what to do with the kids after he’s gone.”

The woman got up from her crouched position and pulled her pants back up. She and the man headed back toward the car. They heard Kelly screaming and ran up to the car. By the time they got there, the man in the back had strangled Dayna.

“What have you done?” screamed the woman.

“She woke up and I killed her,” the man said casually.