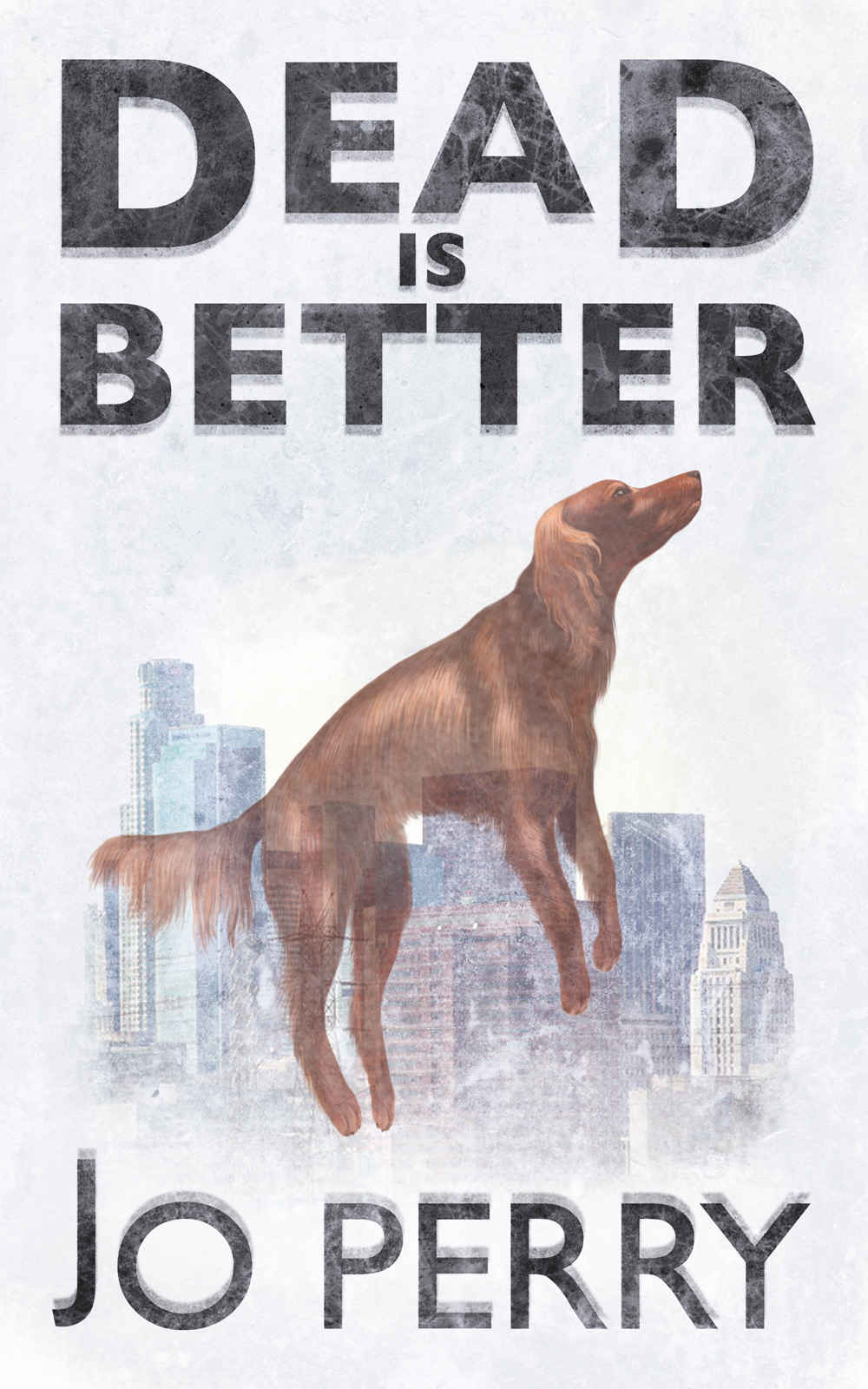 Praise for
Dead is Better
“Jo Perry’s DEAD IS BETTER is a fascinating literary gem you’ll read not just once or even twice, but return to the rest of your days, for it explores the greatest mystery of all with wit, wisdom, and understanding.”
—
Jeffrey Siger
, author of the celebrated Chief Inspector Andrea Kaldis series
“The best time I’ve had with a dead person since my gross anatomy class in medical school. The bittersweet charm of our deceased narrator had me from page one.”
—
H. Lee Kagan
, essayist and contributing writer for
Discover Magazine
“This novel charmed and delighted me: its ghostly, portly protagonist; his spectral canine sidekick; and the vivid rogues’ gallery of antagonists they must navigate as they set off on their urgent mission back to the world of the living—in this case, contemporary Los Angeles (which the author, a native, portrays so well). One expects surprises in a mystery novel, and this one does not disappoint; but what I was unprepared for was its growing moral urgency, achieved with the same natural grace as the story’s startling climax.”
—
Joshua Gidding
, author of
The Old Girl
and
Failure: An Autobiography
“Jo Perry’s DEAD IS BETTER is a beautifully-written, darkly comic gem. Part ghost story, part whodunit, and wholly enjoyable from start to finish.”
—
Dennis Palumbo
, author of the Daniel Rinaldi Mysteries
“According to Jo Perry’s highly original dark and witty novel, the dead are not only with us, they’re frustrated, confused, snarky and hilarious. Perry’s protagonist, Charles Stone, a recently murdered successful businessman and self-described nebbish, narrates his bizarre otherworld adventures accompanied by an equally-deceased mongrel dog who, in truth, seems smarter than he. As this ghostly, yet very heroic, duo pursues an unfortunately still-living homicidal physician, Stone’s narration is as engaging, suspenseful and flat out funny as a Ted talk given by a top standup raconteur —living or dead, take your pick.”
—
Dick Lochte
, Ellen Nehr Award-wining book critic
“A fun ride for those of us trapped in our earthly bodies.”
—
Paul Levine
, author of
State Vs. Lassiter
DEAD IS BETTER
A Novel
Jo Perry