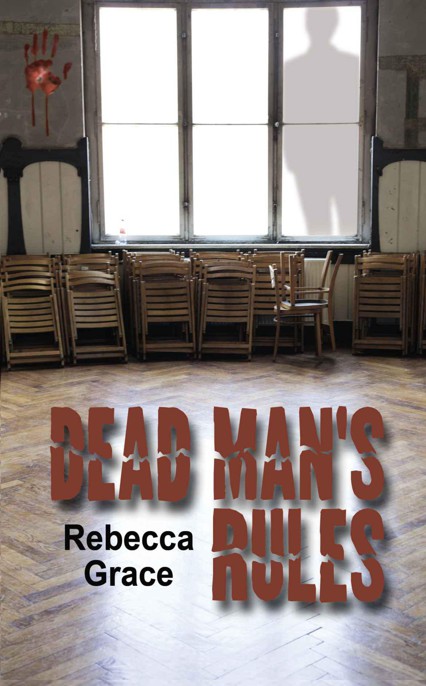 SHADOWS FROM THE PAST

“...this book will truly keep you on your toes...balanced narrative combined with a solid mystery make this a must read!”

To my sister, Lillie, and my brothers, John and Richard, who are always there for me.

The shotgun blast reverberated around the shadowy room. Marco Gonzales staggered backward, his hand clutching at the pain that tore at his throat. Warm blood gushed from his wound, bathing his palm and fingers. How strange that he was still alive. He’d expected a gunshot at this close range to kill him instantly.

The stench of gunpowder filled his nostrils as he took a deep, painful, shuddering breath. He opened his lips, but no words came out, not that he could hear anything over the ringing in his ears from the gunfire.

He’d expected to be afraid, but instead all he felt was the weighty, incredible sadness that had settled on him hours ago. Even this pain wasn’t as overwhelming.

There were so many things he wanted to say, needed to say, but he’d known he would never speak now, even if he’d gotten the chance. He tried to think of what and who he was leaving behind, and the thoughts only increased the load of melancholy.

But it was too late for that thought.

As he tried to step forward, he stumbled over something on the floor and flung out his bloody hand to steady himself. For an instant he braced himself against the wall and then his knees buckled. He crumpled to the floor, sinking into a pool of sticky blood.

A face appeared in the doorway, grim features outlined by the lantern on the floor. Marco made no sound. He knew rescue was not at hand.

He’d always considered himself a man of many words, and so many had poured out of him over the years, but now only three words came to him...

A ghostly figure illuminated by candlelight gasped the words in a rasping voice. His eyes glowed in a shadowy face as he opened his mouth again.

A large hand lifted toward her, coated in something dark and sinister.

She blinked the spooky image from her head. This was the second straight night of that horrific dream. Shadows danced on the walls of a dimly lit room.
Lit by what?
A candle? A flashlight?
At the center of the light stood the ghostly apparition with burning eyes and a dripping hand.

What could it mean?
Stress at work?
She blew out a sigh of disgust. No, she’d been in broadcasting for eight years. Tension was a normal part of being a reporter. Reacting to the quick pace and steady pressure was a challenge she relished.

Her breathing slowed and Cere glanced toward the nightstand. The red digital numbers showed 4:10. If she fell back asleep, she’d get two more hours before the alarm rang. If not, she’d be groggy for what promised to be a hell of a busy day.

After punching her pillows, she sank back. Familiar noises emerged—background sounds that were part of living in Santa Monica. From a distance came the hum of the constant flow of traffic on the San Diego Freeway. If she concentrated, she could hear the low rumbling of waves crashing on the beach three blocks away. An ambulance siren sang a mournful wail in the distance. Normal sounds. Why did she feel so jittery and agitated?

She inhaled slowly and steadily, hoping that deep breathing might relax her. She waited for the scent of ocean air to fill her nostrils.

She smelled… not ocean air.
Smoke.

Cere shot up again. Where was that smoke coming from? A fire nearby? Maybe the reason for the siren she’d heard? She leaned toward the open window. The ocean breeze floated in, filling her nose with cool salty air. The smoke was…

Behind her.
She twisted around and spotted a shaft of light coming from the end of the hall just as the smoke detector blared and sent her bolting from the bed.

The kitchen light cast shadows along the hall as she scampered toward it. One foot came down on something unexpected and she jerked forward, twisting her ankle. Looking down, she kicked away a stiletto sandal from the middle of the hall.

“Freeda!” She stomped into the kitchen where darkening eggs sizzled in a skillet. Plumes of smoke billowed up from the pan. After flipping off the burner she tapped on the stove fan. The eggs couldn’t be salvaged so she grabbed the pan and dumped its singed contents into the sink, turning on the faucet. Overhead the alarm still blared.

“Wasss goin’ on?” Freeda’s hoarse voice came from the hallway. Her cousin staggered out of the bathroom, rubbing her ear. Her glazed eyes tried to focus on the ceiling. “Wasss makin’ that noise?”

“Surely you recognize the smoke alarm by now.” Cere grabbed a towel and waved it at the alarm to blow away the smoke and stop the noise. It was at times like this she wished she was taller than five-foot-four.

“I was cookin’ breakfast.” Freeda wobbled into the kitchen and frowned at the sodden eggs in the sink.

“Sweetie, how many times do I have to tell you not to put something on to cook and leave?” A final swat with the towel silenced the alarm, but the scent of burned eggs still permeated the room. Cere flicked the towel a few more times.

“I’m hungry. All I’ve eaten since yesterday is peanuts and olives and I have a big day coming.”

They were assigned to cover one of the biggest Hollywood stories of the year—a custody hearing involving multi-millionaire child actor, Randy Waverly. Cere went to bed early so she’d be fresh, but here she was at four AM dealing with her drunken cousin.

Freeda opened the pantry and yanked out a bag of corn chips and a can of bean dip. “Gotta get somethin’ in my stomach.” She tugged open the bag and chips cascaded around the counter while the can tumbled out of her hand and rolled across the floor.

Cere caught the can and pulled the aluminum ring to open it. With a sigh, she set it on the counter and helped Freeda onto a stool.

Swaying like a flag pole on a windy day, Freeda scooped dip with several chips and stuffed the fistful into her mouth. “Big day coming.”

Freeda probably hadn’t thought of the big day until now. She wore a skin-tight black dress and dangly silver earrings. Party clothes. While her olive face was scrubbed to shiny smoothness, remnants of smudged lipstick and black rings around her eyes illustrated the dramatic make up she’d tried to remove. Her hair drooped around her face in black ringlets.

“Let me fix something warm for you.” Cere hit the button on the automatic coffee maker, already loaded for the morning. She rinsed the skillet and removed a carton of eggs from the refrigerator.

For an instant as a red spot glowed below the burner on the range she again saw the pleading eyes of the man in her dream. She blinked them away and cracked eggs into a bowl. That stupid dream wasn’t going to bother her.

Slowly the scent of fresh coffee and warm toast replaced the stench of burning eggs. She placed a plate of scrambled eggs and toast on the counter and removed the chips and dip from a slumping Freeda whose ringlets now dangled close to the can.

Freeda leaned her face on one hand and attacked the eggs with the other. “Thanks for fixing breakfast. You take such good care of me. Sorry I woke you.”

“I was awake. I had another bad dream.”

Cere poured them both cups of coffee and took the other stool at the counter. She regretted revealing her earlier dreams. Her cousin had been raised by their grandmother who loved the supernatural.

“No big deal. I’m just stressed out. The network bigwigs are supposed to be in town today from New York. Hopefully they’ll watch our Waverly coverage and realize I’m better than Gail Martin.” Just saying the name of the network correspondent made her throat tighten.

“Ten times better! I swear she got that network gig ’cause she’s sleeping with someone. Hell, I’d sleep with someone for a network job. Wouldn’t you?”

Cere started to shake her head, then laughed. “Well, someone cute, maybe, but he has to get me a job somewhere besides
Scope.
” The gossipy news program was at the bottom of the network totem pole, even if it had a huge following. Being a tabloid reporter wasn’t why she became a journalist.

“Hey, babe, maybe if you get promoted we could move to New York.” Freeda’s dark eyes grew big and almost focused. “I can freelance there as easily as here.”

“You could look for a full time job.”

“Maybe.” Since losing her last job, Freeda lived in Cere’s guest room. She worked from time to time as a freelance television news producer, but claimed her real job was writing a screen play. So far she hadn’t finished much beyond a loose synopsis that kept changing. She spent most of her time partying.

“Perhaps your job with Channel 10 will work into something full time.”

Freeda glanced up from a forkful of eggs, a sly smile turning up her full lips at the corners. “You hopin’ I’ll get somethin’ full time so you can get rid of me?”

“Nena would never hear of it.” Cere reached over to catch a ringlet that dangled close to the plate and tucked it behind Freeda’s ear. Ever since her ten-year-old cousin arrived in California to live with their grandmother, carrying nothing but a battered Barbie suitcase and a dirty pink, stuffed poodle, the two had been inseparable. Nena made them pledge to look out for each other, but Cere did most of the “looking out.” Not that she minded. She couldn’t imagine life without Freeda.