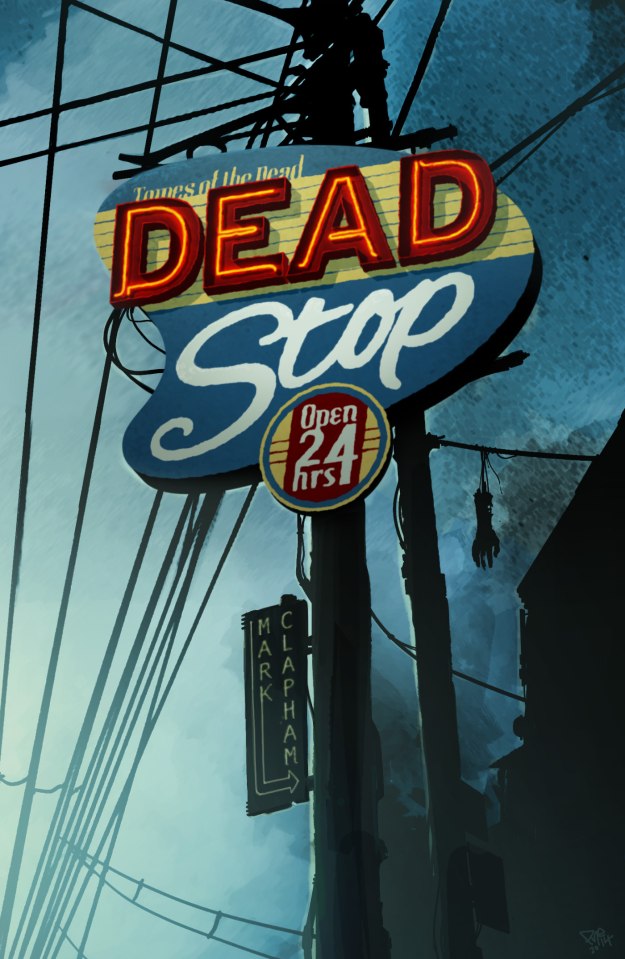 Tomes of The Dead™, Abaddon Books and Abaddon Books logo are trademarks owned or used exclusively by Rebellion Intellectual Property Limited. The trademarks have been registered or protection sought in all member states of the European Union and other countries around the world. All right reserved.

Thanks to Brie Parkin for the filthy Old English, the inhabitants of Scoblotopia (Lance Parkin, Eddie Robson and Jim Smith) for general writery support, and David Moore at Abaddon for picking my submission from the pile in the first place. 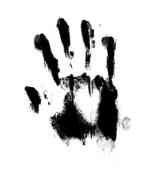 W
HEN THE DEAD
woman sat opposite me and started talking about how I was going to die within the hour I was annoyed, but didn’t take her too seriously. Ghosts say stuff like that all the time and I’ve learned to ignore most of it.

I don’t know whether it’s a desire to freak out the few unlucky members of the living who can see and hear them, or some traumatic response to their own deaths, but the recently deceased all seem to act the banshee if you give them a hearing, wailing incoherently about impending doom. It’s one of the reasons I generally try and avoid them.

It was when the dead woman started to make me an offer—to find me a safe route out of my terrible fate and access to a secret offshore account containing enough money to buy a small island—that I started to pay attention.

For a start, ghosts don’t usually try and talk you into a deal, beyond issuing unreasonable demands that you help them back to the land of the living.

If you could see the things I can see, you would want an island too. A really desolate little shithole of a rock, where nothing has ever died except gulls and shellfish, neither of which leave ghosts behind.

Anyway, I’m getting ahead of myself.

‘Y
OU CAN SEE
me?’ she had said, sitting down opposite me in the diner. Her tone was breathy, nervous but not hysterical.

‘Yes,’ I said quietly, chewing on a fry. The owner/chef/whatever was already in the kitchen, but still I talked as if someone might be listening. Old habits.

Not that I made it a habit to engage with ghosts. I had over the years developed quite a knack for not looking like I was looking at them, a highly attuned version of the genetic British capacity to not make eye contact on public transport.

In the case of Melissa, I must have been staring, at least long enough to notice. Smooth. On this evidence, I would have made a great spy, right up until the first honey trap I encountered.

I was in the conversation now. I guessed I had to see where it went. At least until I finished eating.

‘Yes,’ I said, after a pause. There had been no denial or confusion when she mentioned being dead, just a statement of fact. I’d never seen this before in a ghost.

‘Great,’ she said. ‘I’m Melissa, and if you don’t want to end up dead within the hour, you need to listen to what I have to say.’

‘Okay, Melissa,’ I said. I was getting dubious again now, expecting another spook sob story. ‘I’m David, and I’m listening. How am I going to die?’

I listened and ate the rest of my burger, my chewing slowing and the last morsel abandoned as she laid it all out: about the zombies on their way even now, and about the lab, and the company that owned it. About how she wanted me to kill her undead body properly, so that her ghost could move on. She explained it all with such precision and efficiency I think she would have preferred to include PowerPoint slides to hammer home the key bullet points.

‘Even if what you say is true,’ I said after she’d finished. ‘Why should I head
towards
the danger? Why not run down the road, or lock myself away and wait for my tow?’

‘You got an answering machine when you called for that tow, right?’ she said, nodding before I confirmed it.

‘This entire area is owned by the company, and all local calls are diverted for filtering,’ she said. ‘Usually your details would have been diverted to a mechanic in the next town, and you would have been picked up without being any the wiser, but in an emergency situation that won’t happen. You won’t get to the next town, it’s too far. And if you hide from the zombies, you’ll still be here when the company get their act together and enact their sterilisation plans.’

It was, all told, a pretty awful offer, a dangerous job I was entirely unqualified to do, offering pipe dream rewards.

Unfortunately, it was the only offer anyone was going to make me today and, presuming Melissa wasn’t just crazy—and if she was, she was
convincing
crazy—I didn’t have much choice but to accept it if I wanted to live beyond the next three minutes.

If it hadn’t been attached to her body, which was apparently wandering around independently a few miles from where we were sitting, I would have shaken Melissa’s hand there and then.

I
SUPPOSE SOME
people might find it strange that I accepted Melissa’s zombie story in good faith, taking the whole scenario for granted. After all, I didn’t believe in zombies.

Once you’ve accepted ghosts, why not zombies too?

Also, and this may seem strange considering the dire circumstances Melissa was predicting, I
wanted
to believe her. After years of dealing with ghosts and their self pitying bullshit, there was something about her unsentimental directness I admired.

That should have been a warning sign in itself. Who dies a horrible death, then marches their transparent arse to the nearest living person to make a deal to kill their own corpse, if you’ll pardon the tautology?

That arse was part of the problem, too, along with the rest of the non-corporeal body sitting opposite me. She wasn’t the most beautiful woman I’d ever seen, dead or alive, but she had full curves beneath the dark suit she’d died in, and there was something about the way she looked at me over her severely framed glasses that I really liked.

Yes, she was dead, literally untouchable, but since when did the impossibility of any kind of relationship stop a man being led astray?

I may be psychic, but I never claimed to be smart.

Making a deal with a pretty female ghost. Zombies or no zombies, I was in deep, deep trouble.

I
SUPPOSE
I should explain who I am and how I got to be here, or at least sketch in the interesting highlights. Don’t worry, I’ll get back to the zombies soon enough.

My name is David Ian Larkin, although I don’t use the Ian on anything other than legal paperwork. I was born in the North of England thirty-four years ago, and I can’t remember much about my early life, which is a bit of a shame as it can hardly have been less fun than my later life. I know those first years didn’t involve dealing with ghosts, as I can very clearly remember the first time I saw one of those.

It was horrible at the time. With hindsight, it was much worse.

The man in the coffin was one of many uncles—I’m an only child, but my parents come from big families, which probably explains why I’m an only child—and although we weren’t close he had been a funny, friendly guy who always brought me chewy, brightly coloured sweets of the kind they probably make from petroleum by-products.

I was sad to see him go. That didn’t mean I was pleased to see him come back, appearing beside his own coffin.