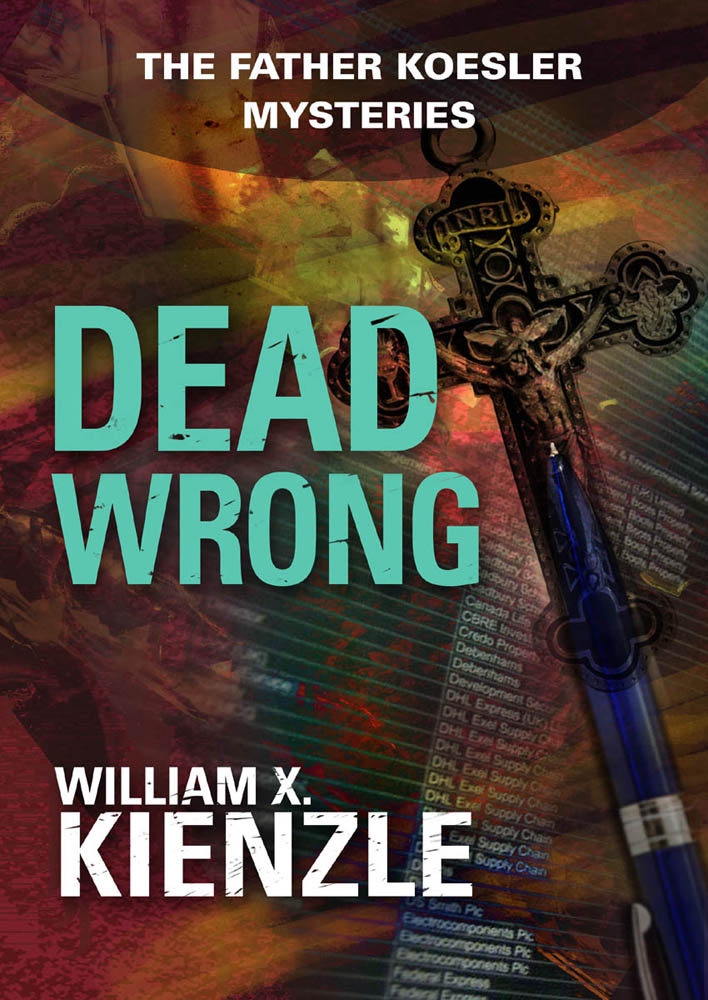 S
HE NEEDED HELP
. That’s what most of her friends told her.

Actually, she believed herself beyond help.

But she was willing to live with that. She had for thirty-two years now. God made some women beautiful, some plain, some ugly. That’s what she believed. She considered herself lucky to be among the merely plain.

Then something happened that made her think that there might be exceptions to her philosophy. She had been noticed! She, Agnes Ventimiglia, one among many in the Wayne County Clerk’s Office, had been noticed! And it wasn’t what you might think. It wasn’t one of those cheap pickups. This was a fine young man. Peter Arnold was his name.

She remembered—God, she would never forget!—the first time he’d come in. He was so good-looking she had noticed him right off the bat. She was too shy to let him know; diffident, she kept her head turned half away. But she was watching him out of the corner of her eye.

He stood back near the windows on the north side of the rectangular room. He too was doing some studying.

Business in the clerk’s office was brisk as usual. People wanting documents: birth, marriage, death. For as many reasons as there were people needing one of life’s milestone records.

The young man was not weighing which was the fastest line. He was concentrating on the clerks. Agnes could tell. She was a people watcher. Usually she went undetected in this hobby, as so few paid any attention to her.

His inspection completed, he selected
her
line.

Agnes had no idea why she’d been singled out. Hers was by no means the fastest moving nor the shortest line of customers. But her heart seemed to skip a beat.

His presence in her line prompted her to move things along with more dispatch than usual. Not that she was curt or short with any of her customers. Agnes tried never to upset anyone anytime. However, this day she was eager to learn if there might be some special reason this handsome stranger had chosen her.

As the line steadily progressed, Agnes moved imperceptibly back and forth from right to left to get a better view of the stranger as he gradually neared.

Then he was there.

Not tall. Not short. Not physically imposing. Yet there was something … His thick dark hair was brushed back and it clung tightly to his patrician head. Heavy eyebrows accentuated his riveting eyes.

His eyes. She wouldn’t call them cruel; no, they stopped just this side of being cruel. But there was no nonsense in those eyes.

Peter Arnold needed a copy of his birth certificate.

She made a copy of the record and handed it to him with a sunny smile. “Happy birthday.”

“Thanks.” Then, after a moment’s hesitation, “Today I am a man, as they say. Uh … I don’t mean to be too forward, but … would you be willing to help me celebrate? Dinner … maybe?”

It did not take Agnes more than a split second to recognize a once-in-a-lifetime opportunity. “Well … yes … I guess that would be all right.” What comes next, she wondered. She’d never before been asked for a date.

So that’s how it worked. Simple.

I
T HAD BEEN A LOVELY DATE
. He had been a perfect gentleman. And he remained a gentleman on all their subsequent dates, which, during this singularly marvelous month of November, took place almost every night.

On November 8, their second date, for instance, they mutually confided that each had voted for John Kennedy and that each happened to be Catholic. Over the following days and weekends they continued to find similarities and happy coincidences in their backgrounds. It was as if each of Agnes’s revelations found a like circumstance in Peter Arnold.

There had been but one flaw.

During their time together the previous weekend, Peter had asked a favor of her. Actually, “asked” might not be the precise word. The request had overtones just short of an ultimatum. Yet his manner had been so sweet and affectionate that the overall effect had been ambiguous. He asked her to alter a record.

He had an explanation, which, while admittedly not totally convincing, nonetheless gave some weight to the argument. Further, she did not want to chance losing this man.

In the end, she had consented. And nothing more was said of it. She took his subsequent silence on the matter as testimony to his trust in her. He had asked, she’d agreed; case closed.

And, in fact, she had done as he asked.

After which, her sensitive conscience began to trouble her.

She knew of no one in whom she could confide. Not in her friends certainly. She was not on the best of terms with her parents, and she had no other close relatives. Nor could she even confide in her parish priest. Oh, he undoubtedly would have kept her secret. But, with his celibate life-style, he would never be able to understand what one person will do for another person for love. Particularly when, as in her case, there was a real danger of losing the loved one.

But at last it was over. She and Peter could get on with their life together.

And tonight promised a major development in their so-far brief relationship. To date, physical intimacy had progressed in cautious, deliberate steps. Agnes of course was a virgin, and a good Catholic girl as well. Peter? It was difficult to tell. Agnes simply assumed that any man of twenty-one years or more would be sexually experienced.

In any case, all indications were that after dinner this evening they would go to his flat and, perhaps after holding hands and kissing chastely, as they had so often in the past, they would actually make love.

Agnes had one very good friend at work, Rosemarie, a young lady whom God had seen fit to make beautiful.

As the days of November passed, Agnes could not help but radiate happiness. She confided the source of that joy to Rosemarie, who was almost as happy over it as was Agnes. The only thing she did not confide was the favor she’d done for Peter. No one, not even Rosemarie, would comprehend what she’d done for love.

Rosemarie kept the advice coming on how to carry on a romance. The cautious development of the affair was, to Agnes, a matter of morality. To Rosemarie it represented a slow but inexorable seduction.

The two women agreed that tonight very likely would be the night.

With that in mind, they had visited the nearby Hudson’s during lunch hour and picked up some tantalizing lingerie—just in case.

Then, before Agnes left work to meet Peter, she and Rosemarie spent nearly an hour in the ladies’ room, working on makeup and hair styling. Whether or not Agnes needed it, she had gotten help.

As Agnes left the office, with much more than her usual trepidation, Rosemarie reflected that she had never actually met Peter. She found that odd and somehow disquieting. She shrugged away her doubts with the supposition that Peter and Agnes were shy about having an affair. On further thought, Rosemarie concluded, in this day and age, such modesty was refreshing.

Agnes found Peter, punctual as always, parked and waiting for her on Woodward near the City-County Building’s exit.

They drove a couple of short blocks, parked in a convenient lot, and walked a few yards to the Pontchartrain Wine Cellars, one of downtown Detroit’s favorite restaurants. Everything about dinner seemed special. Peter urged Agnes to order one of the more expensive entrées. And he selected a fine wine to accompany each course.

Agnes grew increasingly certain: Tonight would be the night.

After their leisurely dinner, Peter drove them to his apartment on Detroit’s near west side. Again, as he had done repeatedly all evening, he complimented her on her appearance. Agnes was delighted. She surreptitiously eased open the clasp on her large handbag and fingered the lacy black gown she’d purchased earlier that day. Would she, she wondered, be bold enough to confide the details of this night to Rosemarie tomorrow?

It was only a short distance from the parking area to Peter’s apartment. Though it was a chill November evening, for Agnes it might as well have been spring.

As they entered Peter’s apartment, Agnes reflected on how far she’d come in such a relatively brief period. A few short weeks ago she would have denied out of hand that she would ever go unchaperoned into a man’s quarters. Actually, the first few times, she had literally trembled. But now she knew, as she knew there is a God, that she could trust Peter. Indeed, theirs was a relationship founded on trust.

As she settled into a corner of the couch, he asked, “How about a drink?”

“That would be nice.”

She almost wished he had specified a nightcap. She envisioned herself tossing down a fairly stiff drink in order to cast off the last vestiges of inhibition. Then, in her fantasy, she would go into the bathroom, shed her clothing, don the negligee, and emerge, making a present of herself to her beloved. The mere thought of such a scenario told her that no matter how nervous she felt, deep down she was ready for tonight.

From behind, Peter reached over her shoulder, offering a delicate glass containing an amber liquid. “Here you go.”

She smiled, accepted the glass, and inhaled. Sherry. How nice! From slight experience she knew this wine would undoubtedly make her feel as if she were floating. Just right. She sipped. It was delicious. A perfect evening.

Behind her, near the wet bar, he spoke. “By the way, Aggie, did you do that favor for me … in the records?”

She smiled. So much time had passed since he had first made the request, there was no possibility that there was anything more to his query now than the simple explanation he’d given her. It was only natural that he would want to close that chapter for good and all.

“Yes, I took care of it. … There was no problem; nobody will ever know—”

She never had a chance to complete the statement. The blow landed exactly where he had aimed.

Such a blow to the temple would, he knew, inflict the desired fatality. In the human skull the temple bone is thinnest. Her skin was not broken, so there was no external blood to elicit concern. But inside Agnes’s head the bones were fractured; they had penetrated the brain, causing massive bleeding. There was nothing now but to await death.

It was, he thought, merciful as violent death goes. She couldn’t have felt more than an instant of pain. The weapon was a cousin of the ancient slingshot with which David killed Goliath. Colloquially, it was known as a blackjack. A narrow leather bag with a spring in the handle to protect the user’s hand. In the striking end was a heavy metallic object about the size of a dove’s egg. The blackjack long had been a favored instrument of injury and death.