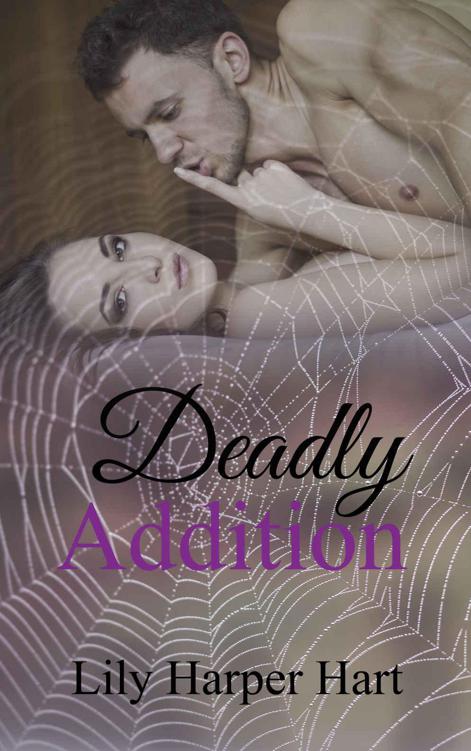 “I can’t believe it’s already August,” Ally Hardy complained, leaning back in her lounger and stretching out so she could absorb the sun’s rays. “I hate that summer is almost over.”

“You still have six weeks of good weather,” her sister-in-law Mandy Avery-Hardy said, mimicking her pose. “Enjoy it and shut up.”

“Both of you shut up,” Sophie Lane said, refusing to move her eyes from the newspaper she was reading. “You give me a headache sometimes.”

“I think they’re funny,” Emma Pritchard said, leaning forward so she could lather sunscreen onto her legs. Since she was a model, the sun wasn’t her friend.

“You would,” Sophie shot back.

The four women were lazing about on the patio behind Mandy’s house. It was Saturday, and the Hardy family was having a barbecue. The four men in their lives were currently playing pool in the guesthouse – so the women had taken the opportunity to work on their tans, and gossip.

Despite the snide words, the women were close. Ally and Mandy were best friends from childhood, and when Mandy had married Ally’s oldest brother James a few months before, the love of friendship had turned into the adoration of family. They still bantered like teenagers, though.

“Oh, why are you so grumpy?” Emma asked, brushing her long brown hair out of her face. “I would think you’d be happy. You and Grady have been so lovey-dovey lately.”

“Yeah,” Ally teased. “Ever since you and Grady pulled your heads out of your … butts … and admitted you love each other, we’ve barely seen you.”

“I’m not falling for your games,” Sophie said. “I know what you’re trying to do.”

“I’m not trying to do anything,” Ally countered.

“You’re always trying to do something, Ally,” Sophie said. “That’s why we love you.”

Mandy smiled. “And I love you both.”

“Hey, don’t you love me?” Emma asked. Even though she’d said the words in jest, childhood insecurities were coming into play. She hated feeling this way, but it happened all the time. When your father is a notorious child molester, and your mother abandons you, sometimes it’s inevitable.

“We love you most, Emma,” Mandy said.

Emma considered Ally’s words. “Why don’t you fight with me?”

“Because you don’t fight,” Sophie supplied. “You’re the easygoing one.”

“I’m not feisty,” Mandy deadpanned. “I’m joy, light, and love for the world.”

“I am not,” Ally complained. “Sophie, am I the biggest pain?”

“Oh, whatever,” Ally replied, scowling. “I don’t think you guys appreciate me.”

“We appreciate you,” Mandy said. “You’re just a lot of work.”

Ally giggled. “I think that’s why he fell in love with you.”

Emma pursed her lips. The banter was nothing new, and yet today, it felt like everyone was taking a personal jab at her. “You guys think I’m boring, don’t you?”

“Of course not,” Sophie said. “You’re our touchstone. You’re the one who drags us all back down to Earth.”

“That’s what you say about someone when they’re boring.” Emma’s lower lip was quivering, and she had no idea why.

Ally straightened in her chair. “We don’t think you’re boring. Wait, are you crying?”

Mandy moved from her chair and pushed Emma’s legs to the side so she could sit down next to her. “What’s wrong?”

“Why? We were just joking,” Ally said. “We’re always joking.”

“It’s been going on for the past two weeks,” Emma admitted. “I keep crying. I have no idea why.”

“No,” Emma said, wiping an errant tear from her cheek.

“Are you sure?” Ally asked. “When I’m PMSing, movie trailers make me cry. I’m talking about movies I don’t even want to see. It’s irrational, but it happens.”

“Are you sure?” Mandy asked, rubbing the woman’s back in a soothing manner. “Maybe the PMS just came early.”

“In this case it would be overdue,” Emma said.

“What do you mean?” Sophie asked, straightening in her chair.

“I should’ve had PMS three weeks ago,” Emma admitted. “It never came.”

Mandy made a face. “What do you mean?”

“Did your period come?” Ally asked.

Emma worried her bottom lip with her teeth. “No.”

“Why don’t you alert the media,” Emma said, scowling.

“I am the media,” Sophie replied. “What? I’m a reporter. I technically
am
the media. Oh, don’t look at me like that.”

“You might not be pregnant,” Mandy said, keeping her voice calm. “How late are you?”

“No,” Emma said, dissolving into tears. “It’s like clockwork. I start at night on the twenty-eighth day of my cycle.”

Mandy cocked her head to the side. “Have you taken a pregnancy test?”

“Why not?” Sophie asked.

“Because, if I do, then it’s over,” Emma admitted.

“Finn and I,” Emma said, referring to the youngest Hardy brother. They’d been dating for a little more than a year. They hadn’t spent a night apart in that time, but they also hadn’t defined their relationship. They were just together. There had been no proclamations of love, and no planning for the future. They were a unit, but Emma could never be sure for how long, and it terrified her.

“He’s never even told me that he loves me,” Emma admitted, her tears flowing freely now.

“That doesn’t mean anything,” Sophie said. “Grady and I didn’t say it forever either. Maybe he’s just scared.”

“No, I can’t be pregnant,” Emma said, squaring her shoulders. “It’s not possible. We’re always careful.”

“Okay,” Ally said. “What kind of birth control do you use? Are you on the pill?”

Emma shook her head, the sun striking the red highlights in her hair as her head shifted. “I have an implant.”

“I don’t know,” Sophie said, wringing her hands. “I’ve never had one. I don’t trust any form of birth control I don’t have power over.”

Sophie shot Mandy a worried look. “You have to take a pregnancy test.”

“What if it says I’m pregnant?”

“I can’t,” Emma said. “I tried to buy one the other day. The woman behind the counter looked at me like I was a slut.”

“I’ll go and buy one,” Ally said. “You have to know. We all have to know.” Ally clapped her hands together. “I’m so excited.”

“Hey, I want to be an aunt,” Ally said, getting to her feet. “I’m going to the pharmacy. I’ll be back in fifteen minutes.”

“I WANT
a saloon when I buy my own house,” Finn said, glancing around the kitschy bar in his brother’s guesthouse appreciatively. “This place is cool.”

James leaned back in his chair, extending his legs beneath the gaming table and focusing on his cards. “Are you trying to distract me?”

“I don’t need to distract you to win a hand of poker,” Finn scoffed.

“Yeah, you’re a little too chatty,” Grady said. “You’ve either got a great hand, or you’re bluffing.”

“You bluff,” Jake said. He wasn’t a Hardy, but dating their younger sister had made him an instant part of the family. “You’re terrible at poker.”

“I am awesome at poker,” Finn countered.

“You’re not a good poker player,” James said. “You’re great at cribbage, though.”

“You don’t even know what cribbage is,” Finn said.

“I hate being the butt of all your jokes,” Finn said, throwing in his hand. “I fold.”

James watched his brother as he rose from the chair and stalked toward the bar. “What’s wrong?”

“Nothing is wrong,” Finn said, searching through the available liquor on the small counter, ultimately settling on whiskey. “Does anyone need anything?”

“I said nothing was wrong,” Finn replied, scowling. “Why do you think something is wrong?”

“Because you’re crying like a girl,” Grady supplied, pushing his shoulder-length brown hair behind his ear.

“You are so,” Grady said. “I think I see your mascara running.”

“You’re such a dick,” Finn grumbled. His brown hair was cropped short, but he shifted his hand against the back of it tiredly.

“Seriously, what’s wrong?” James asked. His tone had gone from teasing to worried. Finn was the easygoing one when it came to the Hardy siblings. Both James and Grady were prone to flying off the handle, and Ally was a walking cyclone. Finn was the stable one.

“No, she’s not,” Grady said, sobering. “She’s infatuated with you.”

“She’s been distant,” Finn said. “I came home and found her crying while watching television the other day.”

“What was she watching?” James asked.

“Mandy cries whenever she watches
E.T.,”
James said. “She’s tough as nails. She loves a good bloodbath in a horror movie. She watches that rubber alien for five minutes? Yeah, she’s bawling like a baby.”

“Ally cries whenever she watches Lifetime,” Jake said. “The movies are ridiculous, and stupid, but she can’t help herself. I think it’s kind of cute.”

Finn shifted his attention to Grady. “Does Sophie cry?”

“Not usually,” Grady said. “There is one movie that does it every time. At first, I thought it was a fluke. Then I put it on to test her a couple of times. I took to Googling it to find out when it was on. I thought buying it would be a giveaway.”

“What movie is that?” James asked.

“It’s from the nineties,” Grady said. “We caught it on ABC Family one night. Sophie was bawling by the end of it.”

“It’s some girl, the one who is on
Veep
now. She’s really funny on that,” Grady said. “Anyway, her dad is played by that guy from
Ghostbusters
, and the woman he dates is from
Halloween
.”

“My wife watches horror movies like they’re going out of style,” James replied. “I’ve seen them all. I actually like a handful of the
Halloween
movies.”

“Have you ever considered she’s weird?” Jake asked.

“Ally made you watch
Twilight
,” James shot back. “My wife has much better taste.”

“Anyway,” Grady said, rolling his eyes. “The girl has a best friend. The
Home Alone
kid plays him. He gets stung by bees and dies. The little girl freaks out and climbs in the casket with him, and Sophie is a ball of tears when it’s done. Then I console her with sex.”

Submissive Desires by Carolyn Faulkner
Human Blend by Pescatore, Lori
Three the Hard Way by Sydney Croft
Death of a Chef (Capucine Culinary Mystery) by Campion, Alexander
Enid Blyton by The Folk of the Faraway Tree
Strike Back by Ryan, Chris
Because You Exist by Tiffany Truitt
Icy Betrayal by David Keith
Rookie by Jl Paul
In the Devil's Snare by Mary Beth Norton