Read Death and the Maiden Online

Death and the Maiden 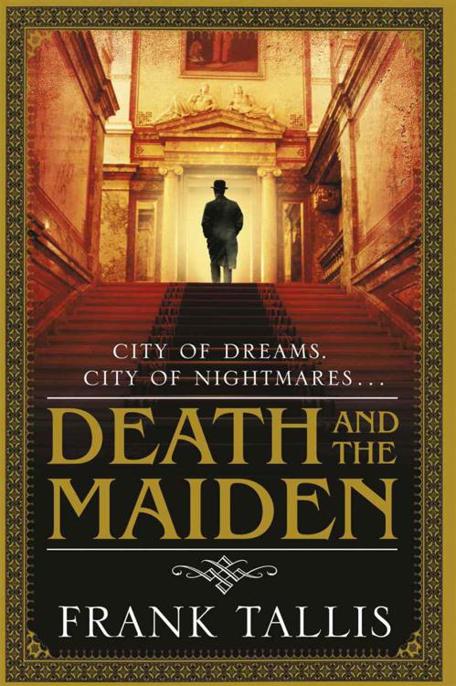 Vienna 1903. An operatic diva, Ida Rosenkrantz, is found dead in her luxurious villa. It appears that she has taken an overdose of morphine, but a broken rib, discovered during autopsy, suggests other and more sinister possibilities. Detective Inspector Oskar Rheinhardt seeks the assistance of his young friend, the psychoanalyst Dr. Max Liebermann, and they begin their inquiries at Vienna’s majestic opera house, where its director, Gustav Mahler, is struggling to maintain a pure artistic vision while threatened on all sides by pompous bureaucrats, vainglorious singers, and a hostile press. When the demagogue Mayor of Vienna, Karl Lueger, become the prime suspect – with an election only months away – the Rosenkrantz case becomes politically explosive.

The trail leads Rheinhardt and Liebermann, via a social climbing professor of psychiatry, to the Hofburg palace and the mysterious Lord Marshal’s office – a shadowy bureau that deals ruthlessly with enemies of the ageing Emperor Franz Josef. As the investigation proceeds, the investigators are placed in great personal danger, as corruption is exposed at the very highest levels. Meanwhile, Liebermann pursues two private obsessions: a coded message in a piece of piano music, and the alluring Englishwoman, Miss Amelia Lydgate. Romance and high drama coincide as the Habsburg Empire teeters on the edge of scandal and ruin. 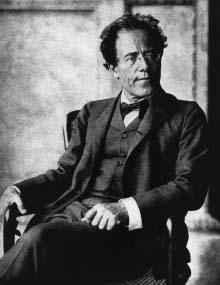 Frank Tallis has asserted his right under the Copyright, Designs
and Patents Act, 1988, to be identified as the author of this work

This novel is a work of fiction. Names and characters are the product of the author’s imagination and any resemblance to actual persons, living or dead, is entirely coincidental

This book is sold subject to the condition that it shall not, by way of trade or otherwise, be lent, resold, hired out, or otherwise circulated without the publisher’s prior consent in any form of binding or cover other than that in which it is published and without a similar condition, including this condition, being imposed on the subsequent purchaser

Addresses for companies within The Random House Group Limited can be found at:
www.randomhouse.co.uk

T
HE LORD MARSHAL AND
the lord chamberlain, Prince Rudolf Liechtenstein, were observing Emperor Franz-Josef from the staircase. Their elevated vantage point afforded them a good view of the entire chamber. As usual, the monarch was dressed in a military uniform: dark blue trousers and a claret-coloured jacket with gold cuffs. He had three medals pinned high on his chest. He was standing erect, like a soldier on parade, stationed at the still centre of a slowly rotating spiral of humanity as various parties were presented to him. With every circuit, palace guests shuffled closer, drawn by the gravitational pull of his eminence. Each party was represented by a speaker who, when given a signal by Count Paar, would approach the emperor and make introductions. After a few words were exchanged, the group would move on, making way for the next.

Although there were a number of officers present – captains and colonels, proudly sporting their regimental colours – most of the men were civilians in sombre evening suits and white bow ties. The women who accompanied them were wearing ball gowns, some of which had been audaciously cut to expose the smooth whiteness of their backs. Lacy borders sank recklessly low, revealing the shapely convexities of the female form. A brunette sporting a corsage of jasmine and roses was making a graceful descent down the stairs. As she passed the two court officials she turned to smile at Prince Liechtenstein.

He inclined his head and became conscious of a sweet fragrance.

‘Who’s she?’ asked the lord marshal.

‘You don’t know her?’ exclaimed the prince, a note of disbelief entering his voice.

The woman joined a group of men at the foot of the stairs.

‘If I knew who she was I wouldn’t have asked,’ the lord marshal replied.

‘Arianne Amsel,’ said the prince. The lord marshal showed no sign of recognition and Liechtenstein was obliged to add: A soprano from the court opera. Have you never heard her sing? I don’t believe it.’

‘Do you really think I have time to go the opera?’ said the lord marshal.

‘She’s famous for her role as Senta in
The Flying Dutchman
and she was most impressive in
Euryanthe
last year. Be that as it may, she may not be with us for much longer. Not very happy: keeps on complaining about Director Mahler. I’ll introduce you.’

The lord marshal nodded and continued surveying the chamber.

On either side of the gilded double doors stood members of the Bosnian Guard. They were dressed in their distinctive garb: tunic, knickerbockers, ankle boots, tassled fez, and backpack. The lord marshal reflected that the backpack was no doubt essential for survival on the limestone slopes of the Dinaric Alps but surely somewhat redundant in the palace. More people were streaming in and joining the outer arm of the slowly moving spiral. The lord marshal returned his attention to the middle of the chamber.

A bearded man in his late fifties, wearing a sash, was advancing towards the emperor.

‘They say that Mayor Lueger isn’t well,’ said Prince Liechtenstein, ‘but he looks healthy enough to me.’

‘Healthy enough to fight another election,’ said the lord marshal, before adding in a more subdued tone: ‘Worse luck.’

‘There’s a general feeling of discontent around, don’t you think?’ said the prince. ‘A feeling of dissatisfaction, a feeling that more could be done?’

‘Who have you been talking to?’ snapped the lord marshal.

The prince looked uncomfortable. ‘Surely you don’t object to a little enlightened discussion if it takes place among friends? You don’t need to impress upon me the importance of discretion.’

‘Look at him,’ the lord marshal complained, flicking a finger disdainfully at the mayor. ‘He thinks himself invincible.’

‘And if things continue as they are, he very well may be.’ Prince Liechtenstein shuddered theatrically. ‘If only someone would show some initiative.’ The two court officials stepped aside, permitting the
Hochmeister
of the Order of Teutonic Knights to pass. This venerable gentleman was wearing a white cape on which a large black and gold pattée cross had been embroidered. When the
Hochmeister
reached the bottom of the staircase the prince added, ‘One might let it be known – tactfully, of course – that men of action could depend on our support.’

Lead Me Home: Home is Where the Heat Is, Book 2 by Candi Wall
A Gift of Gracias by Julia Alvarez
You're Mine Now by Koppel, Hans
Before the Rain by JoAnne Kenrick
The Trouble With Being Wicked by Emma Locke
Reborn by Jeff Gunzel
Someday, Someday, Maybe by Lauren Graham
Unmaking Marchant by Ella James
Pack Balance by Crissy Smith
Shopaholic to the Stars by Sophie Kinsella