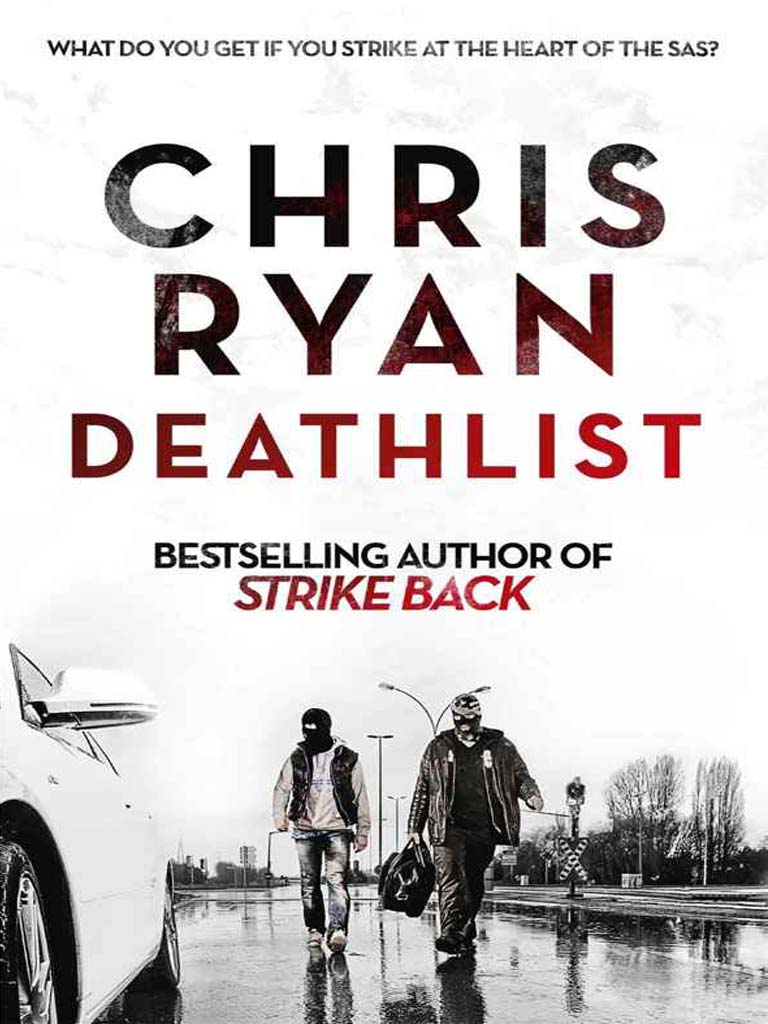 The One That Got Away

Stand By, Stand By

Killing for the Company

In the Alpha Force Series

In the Code Red Series

In the Agent 21 Series

First published in Great Britain in 2016 by Coronet

Work has been asserted by him in accordance with

The two ramblers hurried towards the peak.

The Brit was the bigger of the two guys. He was six-three and tanned, and built like a Russian tank. The other guy was tall and thin, with a long, narrow face and a bushy goatee. Like a pencil tip turned upside down. Both guys were decked out in matching blue-and-green Gore-Tex jackets and Craghoppers waterproof trousers and Brasher leather hiking boots, and both carried brightly-coloured Berghaus daysacks. If anyone saw them tabbing up the side of the mountain, they would simply assume the two men were hitting the slopes early to beat the crowd. No one would suspect them of a thing.

Not until it was too late.

The ramblers moved at a decent pace. Neither of them spoke. They were blowing hard under their layers, their lungs burning and their leg muscles aching from the steep climb. They had been going at a furious pace when they’d set off fifty-five minutes ago and now they were starting to flag. But they didn’t stop to rest. They were getting close now.  Two hundred and fifty metres away stood their target: the top of Pen y Fan.

From a distance the peak resembled a giant anvil. It rose out of the granite landscape like a clenched fist, dark and grim and foreboding. The peak was so flat it could have doubled as a bowling green. Cobwebbed mist clung to the tufts of grass and shattered rock, and there was a light dusting of snow across the peak like icing sugar sprinkled on a birthday cake.

The bigger of the two men blinked sweat out of his eyes and glanced around the steep and rugged slopes. It was another dark and nasty morning in south Wales. A bitingly cold wind was lashing across the Fan, and the air was so dank you practically had to drink the stuff. The rambler smiled. Nobody in sight. They had the mountain to themselves.

He turned and continued up the sandstone trail leading to the peak, moving ahead of his companion. His heart was beating wildly inside his chest, the blood pounding in his veins. There was a spring in his step now. He forgot all about the deep burn in his muscles and the painful stitch running down his side. His skin tingled with anticipation. They were almost there. Just a little further to go now.

A hundred and fifty.

Victor Vowden glanced up from the Clansman PRC-320 radio set he was working on and looked at his mucker. Gary Skimm sat next to the tent, his features worked into a mean scowl as he looked out across the top of Pen y Fan. The wind tugged at the two soldiers’ army smocks, stabbing them in the face. Vowden could hardly hear his mate. The wind was howling like a room full of mad women, twisting round the gullies and hitting the grass, echoing across the peak. It was an eerie noise, and Vowden could understand why some people got a bit superstitious up on the Fan.

‘What’s that, mate?’  Vowden said, pretending to give a shit.

‘This, Vic.’ Skimm waved an arm across the desolate peak. ‘RV duty. Fucking typical. Six hours of freezing our bollocks off while the other lads have all the fun.’ He shook his head angrily and spat on the ground. ‘It doesn’t get much more shit than this.’

Vowden gritted his teeth and looked away.  The two SAS operators were attached to the Regiment Training Wing, a unit of veteran Blades who ran Selection. SAS Selection was the world’s toughest Special Forces recruitment programme. It ran twice a year and lasted for several months, pushing every soldier to the absolute limits of his physical and mental endurance. Of the two hundred or so students who applied to join the Regiment, only a handful would earn the right to wear the famous winged dagger. It was the job of the men on the Training Wing to identify and train up those few special warriors.

Vowden and Skimm had been sent up to the top of the Fan ahead of the day’s selection course. A little over an hour from now, the remaining green army students would be tackling the Fan Dance, a gruelling twenty-four kilometre tab up and down the mountains. It was four hours of sheer hell, with each student having to carry a forty-five pound Bergen and a belt kit, and a blank-firing L1A1 SLR rifle. Every course up to this point had been fairly easy, but today was when the hard work really began. By the end of the day, perhaps half the students would find themselves RTU’d, broken and blistered and physically shattered beyond belief.

Two guys from the Training Wing were required to man an RV at the midway point on the course, on top of Pen y Fan. Vowden and Skimm had arrived fifteen minutes earlier to set up the RV. It was fairly basic. There was a tent and a couple of sleeping bags for keeping warm, and extra supplies of water and a first-aid kit in case any of the students got floppy during the exercise. Once they had the comms link set up, Vowden and Skimm would radio down to the other instructors at the starting point at the bottom of the Fan and confirm that the RV was set up and ready to go. Then one of the instructors would get on the blower to Hereford and inform the Regiment HQ that they were about to release the students. Then the Fan Dance would begin.

‘Anything’s got to be better than this crap, Vic,’ Skimm went on. ‘Tell you what. I’d rather pull range duty than freeze my arse off up here.’

You’d rather be down the boozer getting pissed on the Stella, thought Vowden. He glared at his mucker. ‘How about you get a brew on the go? It’s colder than an eskimo’s tits up here today.’

Skimm nodded and fired up the portable hexi stove, muttering under his breath. Vowden turned away, clenching his jaws in anger. Skimm had a well-earned reputation in the Regiment as a bluffing twat. The guy was constantly faking injuries to avoid taking the students on the big runs. He’d claim to have pulled a hammy or done his ankle in, saying that he couldn’t perform and the CO would have no choice but to let him sit on an RV while the rest of the lads worked up a sweat.

Now I’m stuck up here for the next six hours with this moaning prick
, thought Vowden. He wondered how this day could get any worse.

Then he looked up and saw the ramblers dissolving from the mist.

Vowden saw them approach from the edge of the peak, fifty metres away. He counted two of them. They were wearing head-to-toe Gore-Tex, and the pair of them had more layers than an onion. One of the guys was huge. He was maybe the biggest guy Vowden had ever seen. His neck was wide as a lampshade. His legs were like a pair of marble columns and his fingers were the size of Coke cans. A moment later, the second rambler swept into view. He was tall and thin with a goatee, and he was gasping for breath as he staggered the last few paces to the peak. The ramblers both celebrated as they hit the top of the Fan, punching their fists in the air as if they were doing their best Rocky Balboa impressions. Skimm shook his head and laughed.