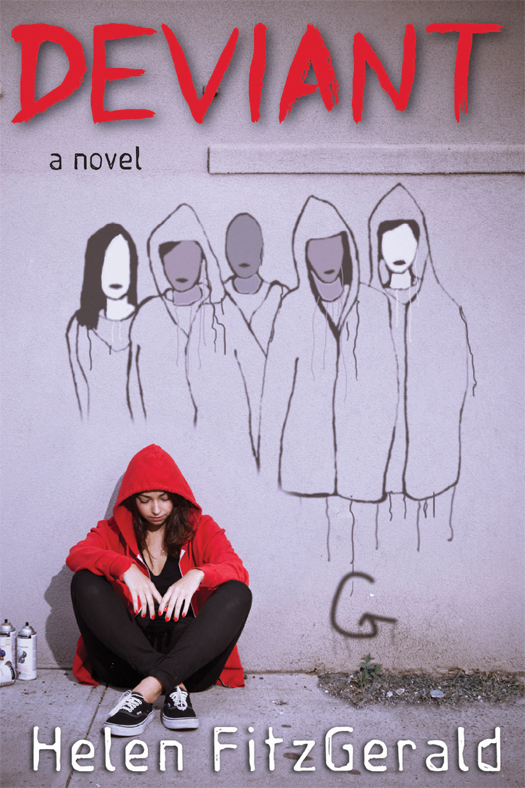 For Alessandro Gillies, Luisa Gillies, and Squidgy the pig

The guy facing Abigail across the desk wasn’t her parent and he wasn’t her friend. “Sit down, Abi,” he said, in a voice that tried to be both. He wasn’t a social worker either, more an unqualified asshole. He did the Saturday night shifts. He slept when he was supposed to be keeping an eye on the residents. Abigail could get him sacked. Maybe she would if he called her Abi again.

“Abigail,” she corrected him, settling into the chair. She didn’t approve of nicknames. Nicknames were for people who were loved.

“Okay, Abigail. There, are you comfortable?”

“I told you, it’s Abigail,” she said. Very bad news bored her, the certainty and regularity of it. It always came in counsel rooms like this: vomit-resistant carpet, untidy desks marked with coffee cup rings, stained ceilings. The Samaritan’s poster
on the wall with the suicide hotline. Always delivered by people like this: faces etched with fake concern that did not disguise the shopping lists being written in their heads.

At the Granoch Assessment Centre two years ago, she’d stared at the same stack of orange files, piled high. “
This residential school has an excellent reputation
,” that particular unqualified asshole had lied, “
and it’s so close to where you grew up.”
As if closeness to a home long gone were a plus.

The orange file was scrawled with
Abigail Thom
in thick black pen with a five-digit code beneath:
50837
. That was her number. She was that number. Child fifty-thousand-eight-hundred-and-thirty-seven. Her crappy paper life: written by people who jotted as they spoke, who refused to let her see what they had written, and then went home at night, stopping first for their shopping. One day, she would like to read what was inside. What gave them the right to know what she didn’t?

Abigail heard the words, but could only focus on the coffee mug. G
LASGOW, CITY OF CULTURE 1990
. The mug was older than she was.

“This is very difficult to take in, I know.” He paused before repeating the news. “Did you hear me? Your mother died last night. Your birth mother.”

“Oh.” It came out wrong. Too soft. She swallowed, sat upright. She attempted to merge the whimper into something disarming and matter-of-fact. “Oh, okay. Well thank you for telling me. Is that all?”

Unqualified Asshole blinked. He had obviously been hoping
for a big scene. He’d probably assumed she’d throw herself at him and cry onto his thin, bony shoulders. He was probably looking forward to going home and telling his roommate (no way did he have a girlfriend) that he had consoled a sixteen-year-old orphan, that he had held her tight while she sobbed; that he, and only he, had
helped
today.

“Um, well actually, the nurse said your mother left something for you at the Western Infirmary. Do you want me to take you there to pick it up?”

T
HE HOSPITAL WAS A
five-minute walk from New Life Hostel, which she’d been forced to call home this last year.
No
Life Hostel, as she put it. Six bedrooms, twelve residents. While the residents were known as
Homeless Young Adults
or
Care Leavers
or
The Looked After
, Abigail preferred the truth to euphemisms:
Unloved Nobodies
.

She’d been an unloved nobody since nine, when Nieve died. Lovely Nieve. Until then, Abigail had hardly ever even thought of her birth mother. Nieve was a middle-aged hippie. A greying long-haired lady who smoked pot and played guitar. Kind, caring, and giving. All Abigail had ever known and all she ever needed. Yes, their life was “unconventional” (social worker’s word); they lived on an anti-nuclear camp in Western Scotland. US submarines were still based in the area, even though the Soviet Union was dead and gone. No threat, so why were there ships of war? A protest community had taken root to try and get them out.

Nieve’s bright pink caravan bore the slogan “
NO NUKES!
” in black paint. There were beds at the far end. Abigail had slept in the top bunk, with a wee window overlooking the Holy Loch. Nieve made Scotch broth that simmered on the gas cooker. Abigail picked mushrooms in the autumn with the other kids. They sat by bonfires at night, told stories, walked to school together. Adults did the same except for the school part, spending the daylight hours plotting to make the world a better and safer and more just place.

Odd that Abigail couldn’t remember anything beyond the first names of her childhood mates. Serena. Malcolm. Sunday, the baby.

Who knew where they were now, what they’d become?

Not long after Abigail’s ninth birthday, Nieve told Abigail she had cancer.

Within a month, she was dead.

A
BIGAIL HURRIED FROM
U
NQUALIFIED
Asshole’s office. She had to figure out what to do. Should she go to the hospital now? It was close, only blocks away in the same posh, trendy part of Glasgow. Both the Western Infirmary and No Life occupied beautiful Victorian buildings that disguised the misery within.

Her mother had been so near when she’d died. But then, Abigail had no idea where her mother had been living or what she’d been doing. Ever. Sixteen years ago, she’d arrived at Nieve’s protest camp on a rainy Tuesday. She and Nieve were friends. According to Nieve, her mother had begged her friend
to take the newborn baby. Her mother had been desperate and secretive. “
Keep her safe. Don’t tell her anything about me. And never try to contact me.”

Was that even true? Abigail hadn’t wondered until now. Nieve hadn’t been above lying.

After Nieve’s death, Abigail was visited by two men in jeans. They drove her away in a battered Ford Fiesta. They were social workers, they told her. They were taking her to a place called “Care.” She had no idea what they meant, but even at the age of nine, she quickly learned it was bad. It was that office with its dirty coffee mugs, orange files, and Samaritan’s posters. She hadn’t even been allowed to attend Nieve’s funeral, a Humanist service near Tighnabruaich.

The ceremony would be full of drugs, they said. It was in her “best interests” to stay away.

That night, or so she imagined, their little community celebrated Nieve’s life by painting her cardboard coffin.

Abigail had few regrets. But missing out on that still filled her with rage. She’d planned to paint two birds, flying free in clear blue sky, a copy of the image engraved on Nieve’s “chest of special things” at the foot of her bed. Nieve had always told her that the two of them were a pair of free birds like the one in the carving. But the social workers said she couldn’t go back to the commune or have any more contact with it.

Her first social worker—one of the men in the Ford Fiesta—was Jason McVeigh. Long-haired and laid-back, like the men she had known on the anti-nuclear commune. Abigail felt comfortable with him. He gave her compassion and time. He listened to her opinions. He stood up for her when care workers accused her of stealing money from the staff office. (She hadn’t.) Jason took her shopping when she had nothing to wear to the sad little dance her school held.

After two years, Jason left to work at a bar in Majorca. Who could blame him? He seemed choked up when he said goodbye. He would never forget her, he said.

Three years later, Abigail bumped into him at Central Station in Glasgow. He’d cut his hair short. He was pushing a buggy with a baby in it.
His
baby. Abigail raced up to him, excited. He looked as though he was trying hard, but he could not remember her name. All he could offer was a vacant smile and a “
Hope you’re doing well
?”

Abigail had never gotten close to anyone after that. She gave up asking to go to the commune. By the time she was fourteen and living in the Granoch Assessment Centre a few kilometers down the road, she’d all but stopped remembering.

A
BIGAIL SAT ON HER
stiff, institutional twin bed. She had the room to herself right now, a good thing. Roommates and rooms blended from one to the next. Nobody, nothing ever
quite managed to be clean. Not clean in the way people or places looked on TV, or even on the commune, where Nieve and her friends bathed in the Loch and took care to scrub and sanitize their mobile homes.

Her newest roommate, a freshly arrived Romanian girl named Camelia, was glued to the television in the common area.

“Your mum was a good woman,” Nieve had told her more than once, “but she wasn’t able to look after you. Please don’t ask me anything else.”

At first Abigail didn’t need to ask more. Nieve was her family. She belonged to someone. But for some reason, on her ninth birthday, Abigail had decided she wanted to know what her mother looked like.

“Please! As a birthday present?”

“I’m sorry, darling, I can’t tell you anything. I promised.”

Reluctantly, Nieve removed the key—always attached to the silver chain around her neck—and for the first time Abigail could remember, Nieve unlocked the “chest of special things.” It was her pride and joy, this thing, its heavy lid engraved with those birds, wings outstretched. And yet its contents were a mystery. Abigail tried to peek over Nieve’s shoulder. All she saw was a bunch of junk photos, papers, and trinkets.