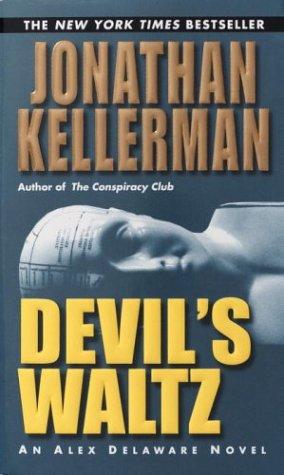 Child psychologist Dr Alex Delaware returns after five years to Los Angeles’ Western Pediatrics Hospital, called in by a former colleague to help with the case of twenty-one-month-old Cassie Jones. The little girl is persistently, terrifyingly ill, and nobody can explain why. Her doctor, Stephanie Eves, has finally come to suspect the unthinkable — that Cassie’s own mother is deliberately trying to make her own child sick. But Stephanie needs an independent assessment of the Jones family, for Cassie Jones is none other than the granddaughter of the Chairman of the Board. Teaming up once again with his old friend Detective Milo Sturgis, Alex starts to investigate Western Pediatric’s First Family, but rapidly uncovers layer after layer of high-level corruption and intrigue concerning the hospital itself. Added to which are the brutal killings of two members of the staff. Most importantly, Alex must find the answers to some intensely private questions about the workings of one family, with all its intimate deceits and murderous hatreds. For at any given time, young Cassie Jones could be back at Western Pediatrics fighting for her life…

To my son, Jesse,
a gentleman and a scholar

Ring out the old shapes of foul disease;
Ring out the narrowing lust of gold.
—A
LFRED
L
ORD
T
ENNYSON

It was a place of fear and myth, home of miracles and the worst kind of failure.

I’d spent a quarter of my life there, learning to deal with the rhythm, the madness, the starched
whiteness
of it all.

Five years’ absence had turned me into a stranger, and as I entered the lobby anxiety tickled my belly.

Glossy depot for an unguided tour of uncertainty.

Spring, outside, but in here time had a different meaning.

A group of surgical interns — God, they were taking them young — slouched by on paper-soled scrub slippers, humbled by double shifts. My own shoes were leather-bottomed and they clacked on the granite.

Ice-slick floors. I’d just started my internship when they’d been installed. I remembered the protests. Petitions against the illogic of polished stone in a place where children ran and walked and limped and wheeled. But some philanthropist had liked the look. Back in the days when philanthropists had been easy to come by.

Not much granite visible this morning; a crush of humanity filled the lobby, most of it dark-skinned and cheaply dressed, queued up at the glassed-in booths, waiting for the favors of stone-faced clerks. The clerks avoided eye contact and worshipped paper. The lines didn’t seem to be moving.

Babies wailed and suckled; women sagged; men swallowed curses and stared at the floor. Strangers bumped against one another and sought refuge in the placebo of banter. Some of the children — those who still looked like children — twisted and bounced and struggled against weary adult arms, breaking away for precious seconds of freedom before being snagged and reeled back in. Others — pale, thin, sunken, bald, painted in unnatural colors — stood there silently, heartbreakingly compliant. Sharp words in foreign tongues crackled above the drone of the paging operators. An occasional smile or bit of cheer brightened the inertial gloom, only to go out like a spark from a wet flint.

As I got closer I smelled it.

Eau de Hospital
. Some things never changed. But I had; my hands were cold.

I eased my way through the crowd. Just as I got to the elevators, a heavyset man in a navy-blue rent-a-cop uniform stepped out of nowhere and blocked my way. Blond-gray crewcut and a shave so close his skin looked wet-sanded. Black-frame glasses over a triangular face.

“I’m Dr. Delaware. I have an appointment with Dr. Eves.”

Surprised, I fished a five-year-old clip-on badge out of my pocket. He took it and studied it as if it were a clue to something. Looked up at me, then back at the ten-year-old black-and-white photo. There was a walkie-talkie in his hand. Holstered pistol on his belt.

I said, “Looks like things have tightened up a bit since I was last here.”

He frowned and pocketed the badge.

I said, “Is there some kind of problem?”

“New badges required, sir. If you go right past the chapel, over to Security, they can shoot your picture and fix you up.” He touched the badge on his lapel. Color photograph, ten-digit ID number.

“How long will that take?” I said.

“Depends, sir.” He looked past me, as if suddenly bored.

“How many are ahead of you. Whether your paperwork’s current.”

I said, “Listen, my appointment with Dr. Eves is in just a couple of minutes. I’ll take care of the badge on my way out.”

“’Fraid not, sir,” he said, still focused somewhere else. He folded his arms across his chest. “Regulations.”

“Is this something recent?”

“Letters were sent to the medical staff last summer.”

“Must have missed that one.” Must have dropped it in the trash, unopened, like most of my hospital mail.

“I’m really pressed for time,” I said. “How about if I get a visitor’s badge to tide me over?”

“Visitor’s badges are for visitors, sir.”

He swung his eyes back to me. Another frown — darker, contemplative. He inspected the pattern on my tie. Touched his belt on the holster side.

“Visitor’s badges are over at Registration,” he said, hooking a thumb at one of the dense queues.

He crossed his arms again.

“Just past the chapel?”

“Just past and turn right.”

“Been having crime problems?” I said.

“I don’t make the rules, sir. I just enforce them.”

He waited a moment before moving aside, followed my exit with his squint. I turned the corner, half expecting to see him trailing, but the corridor was empty and silent.

The door marked
SECURITY SERVICES
was twenty paces down. A sign hung from the knob:
BACK IN
above a printed clock with movable hands set at 9:30
A
.
M
. My watch said 9:10. I knocked anyway. No answer. I looked back. No rent-a-cop. Remembering a staff elevator just past Nuclear Medicine, I continued down the hall.

Nuclear Medicine was now
COMMUNITY RESOURCES
. Another closed door. The elevator was still there but the buttons were missing; the machine had been switched to key-operated. I was looking for the nearest stairway when a couple of orderlies appeared, wheeling an empty gurney. Both were young, tall, black, sporting geometrically carved hip-hop hairstyles. Talking earnestly about the Raiders game. One of them produced a key, inserted it into the lock, and turned. The elevator doors opened on walls covered with padded batting. Junk-food wrappers and a piece of dirty-looking gauze littered the floor. The orderlies pushed the gurney in. I followed.

General Pediatrics occupied the eastern end of the fourth floor, separated from the Newborn Ward by a swinging wooden door. I knew the outpatient clinic had been open for only fifteen minutes but the small waiting room was already overflowing. Sneezes and coughs, glazed looks and hyperactivity. Tight maternal hands gripped babes and toddlers, paperwork, and the magic plastic of Medi-Cal cards. To the right of the reception window was a set of double doors marked
PATIENTS REGISTER FIRST
over a Spanish translation of same.

I pushed through and walked past a long white corridor tacked with safety and nutrition posters, county health bulletins, and bilingual exhortations to nurture, vaccinate, and abstain from alcohol and dope. A dozen or so examining rooms were in use, their chart-racks brimming over. Cat-cries and the sounds of comfort seeped from under the doors. Across the hall were files, supply cabinets, and a refrigerator marked with a red cross. A secretary tapped a computer keyboard. Nurses hustled between the cabinets and the exam rooms. Residents spoke into chin-cradled phones and trailed after fast-stepping attending physicians.

The wall right-angled to a shorter hallway lined with doctors’ offices. Stephanie Eves’s open door was the third in a set of seven.

The room was ten by twelve, with institutional-beige walls relieved by bracket shelves filled with books and journals, a couple of Miró posters, and one cloudy window with an eastern view. Beyond the glint of car-tops, the peaks of the Hollywood hills seemed to be dissolving into a broth of billboards and smog.

The desk was standard hospital-issue phony walnut and chrome, pushed up against one wall. A hard-looking chrome and orange-cloth chair competed for space with a scuffed brown Naugahyde recliner. Between the chairs a thrift-shop end table supported a coffee maker and a struggling philodendron in a blue ceramic pot.

Stephanie sat at the desk, wearing a long white coat over a wine-and-gray dress, writing on an outpatient intake form. A chin-high stack of charts shadowed her writing arm. When I stepped into the room she looked up, put down her pen, smiled, and stood.

She’d turned into a good-looking woman. The dull-brown hair, once worn shoulder-length, limp, and barretted, was short, frosted at the tips, and feathered. Contact lenses had replaced granny glasses, revealing amber eyes I’d never noticed before. Her bone structure seemed stronger, more sculpted. She’d never been heavy; now she was thin. Time hadn’t ignored her as she entered the dark side of thirty; a mesh of feathers gathered at the corners of her eyes and there was some hardness at the mouth. Makeup handled all of it well.

“Good to see you,” she said, taking my hand.

“Can I get you something?” She pointed to the coffee machine, arm jangling. Gold vermeil bracelets looped her wrist. Gold watch on the other arm. No rings. “Plain old coffee or real
café au lait?
This little guy actually steams the milk.”

I said no thanks and looked at the machine. Small, squat, black matte and brushed steel, logo of a German manufacturer. The carafe was tiny — two cups’ worth. Next to it sat a petite copper pitcher.

“Cute, huh?” she said. “Gift from a friend. Gotta do something to bring a little style into this place.”

She smiled. Style was something she’d never cared about. I smiled back and settled in the recliner. A leatherbound book sat on a nearby table. I picked it up. Collected poems of Byron. Bookmark from a store named Browsers — up on Los Feliz, just above Hollywood. Dusty and crowded, with an emphasis on verse. Lots of junk, a few treasures. I’d gone there as an intern, during lunch hour.

I put the book down. She sat in her desk chair and wheeled around facing me, legs crossed. Pale-gray stockings and suede pumps matched her dress.

Another smile, casual but full, as if she’d expected the compliment but was still pleased by it. “You, too, Alex. Thanks for coming on such short notice.”

“You piqued my interest.”

“Sure. All those hints of high intrigue.”

She half turned toward the desk, removed a chart from the stack, let it rest in her lap but didn’t open it.

Standing suddenly, she walked to the door, closed it, and sat back down.

“Almost got busted on the way in.”

I told her about my encounter with the security guard.

I said, “Yeah, it was kind of paramilitary,” but she just gazed at the chart in her lap.

“High intrigue,” she said. “What we’ve got is a whodunit, howdunit — a
did-anyone-do-it
. Only this is no Agatha Christie thing, Alex. This is a real-life mess. I don’t know if you can help, but I’m not sure what else to do.”

Voices from the corridor filtered in, squalls and scolding and fleeing footsteps. Then a child’s cry of terror pierced the plaster.