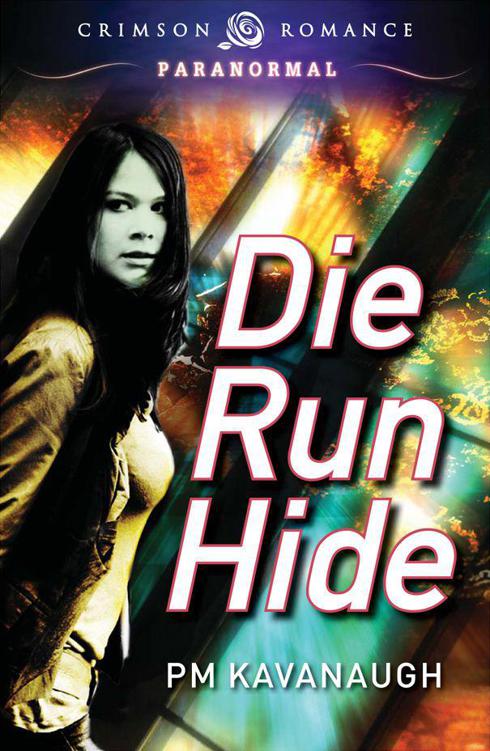 This book is dedicated to my husband, Peter, who inspires me to be my best self and loves me even when I’m not. And to my sister, Kay, for introducing me to the fictional characters who sparked my imagination for this story and for sharing in the twists and turns of my journey to publication.

The following people played a special role in bringing this book to fruition.

Sharon, Marcia and Brandy, talented writers all, became my first critique-and-support group, but mostly support. Despite geographic dispersal, they remain so today. Jane Underwood, founder of the fabulous The Writing Salon, taught my first creative writing class and set me on my way. Nanou Matteson, teacher, mentor and unwavering believer, was the first person to convince me this book had a real chance of being published. Tiffany Colter, writing coach and book doctor, helped deepen the emotional pull with her repeated question, “Feelings?” Glen Shannon provided the German translations and Elio Acosta, the Cuban Spanish translations. (I claim all mistakes as my own!)

Members of the Maumee Valley Romance Writers of America welcomed me with open arms, cheered my writing and publishing efforts, and shared their industry smarts. My family listened to dozens of still-working-on-the-book, then still-trying-to-get-published tales at numerous gatherings. Are you ready for tales about the sequel?

To anyone not mentioned here, please know how much I appreciate your enthusiastic inquiries over the years along the lines of, “How’s the book coming?”

Venti-sized thanks to you all!

The words shot through Anika’s ear comm. Her pulse jumped and she sipped in a breath to steady herself. “Copy that.”

Facedown inside the blast-proof container, the operative wriggled her arm forward until it reached the switch. She pressed the glowing green button and the short end of the rectangular box slid open.

A light breeze carried in the urban perfume of asphalt, diesel, and cut grass. Straight ahead, a crosshatch of blue beams indicated the access point into the museum. The beams emitted a low buzz, like a swarm of drowsy flies.

Anika tugged the laser out from under her and set the barrel, coiled in a tight circle, in front of the beams. She was careful not to touch them and set off the museum’s alarm system. Then she activated her wrist monitor.

A hologram of the top floor boardroom appeared. Five men and two women in business suits sat at a large oval table cluttered with handhelds, disposable news discs, and coffee tumblers. On the surface, nothing suggested a gathering of two different terrorist cells. Except for the man at the head of the table.

His erect posture and unblinking gaze telegraphed military training. Now the director of Columbus, Ohio’s New Museum, the ex-army general used the art institution as a front for terrorist operations. No one would question his use of this room for a meeting with the museum’s biggest fundraisers. Not even today, when the building was closed to the public.

A fair-skinned woman, blond hair knotted at her neck, removed an e-pad from her purse. A founding member of First Aryan, her icy blue eyes had witnessed half a dozen lethal attacks in the past two years. The museum director and the men on either side of her belonged to the same cell.

Opposite them sat the other woman and her compatriots from Syria Free.

Both organizations had vowed the total destruction of Israel. The first one specialized in attacks against the Jewish nation’s allies while the second targeted synagogues during holy days.

Two more men entered and took up positions at opposite ends of the room. Padded all-black uniforms signaled their status as bomber bodyguards, the deadly new twist on security measures adopted by the most zealous cells. At the first sign of a breach, the director would give the order to detonate. Any chance of capture and interrogation would be destroyed along with everyone inside the kill zone.

“All accounted for.” Gianni’s faint northern Italian accent threaded through his words.

It startled Anika, how the timbre of his voice reverberated through her body. It was as if he were lying right beside her instead of sitting in the transport vehicle two blocks away. Lying here, with his lips pressed to her ear, like when they were … but no, they hadn’t been together like that in ages.

She jerked her mind back to the mission. Told herself that her elevated heart rate wasn’t caused by the sound of his voice, but by its message. “Go time” was fast approaching.

She flexed her toe against the endorphin patch in the inner sole of her boot. After one slow breath, she was calmer, like a warm wave had rolled through her. The effect wouldn’t last long, just a few minutes, just until she needed adrenaline back in her system to rev her through the mission.

The bomber guards trained their eyes on the surveillance monitors. The visual sweeps displayed only what U.N.I.T., the global counterterrorist organization that she worked for, wanted them to see — a closed building and lightly trafficked streets. The alley where Anika lay in her container appeared empty except for recycling bins.

She studied her target, the guard on the right. Taking him out would trigger the other bodyguard. The resulting blast would look like an accident by one of their own.

Had he used his endorphin patch, too? Anika smiled. Unlikely.

She aimed the silver tip of the laser at the now-open vent and pressed the button on the weapon’s handle. The barrel uncoiled like a snake and slithered its way inside the narrow tunnel. The plastic silicone sheath, no thicker than two fingers, slid without a sound along the tunnel floor and up two levels.

Her lips curved in admiration. The latest pride-and-joy of the agency’s weapons group was working without a hitch. When it neared the vent overlooking the boardroom, she pressed another button. The laser stilled and settled, like an animal waiting to strike.

“Copy that,” Gianni replied. “Downloading in progress. Wait for my signal.”

Anika eased back from the opening. At least the midmorning temperature still registered in the mild range. She flattened her arms and legs against the hard surface and sought the welcome sensation of cool metal against warm skin. Her heart thudded like steady drumbeats against the bottom of the box.

The endorphin was starting to wear off.
How much longer?

She had to wait for the ops team to finish downloading the logistics for the group’s planned attack against the supporters of the state senator who had negotiated the latest Mideast peace agreement. Then she would take her shot.

This was one mission Anika had no qualms about executing. Taking out terrorists in order to save civilians appealed to her sense of rightness. She wished more missions were so black and white.

She started to re-scan the museum’s interior. The front door flew open and a jumble of arms, legs, and youthful energy streamed inside.

First schoolers by the looks of them, six- to ten-year-olds. They weren’t part of the mission scenario.

“I see them.” His voice thickened with the cadence of his native language.

The children jostled one another and the adult chaperones kept circling them, trying to maintain order. A museum guide began to address the group and motioned for them to move to the right.

Anika held steady. The endorphin continued to fizzle away. She wished she had agreed to a second patch.

A little boy ran behind a pillar and an adult chaperone chased after him.

“Team B will intercept.” Gianni came back in. “ETA three minutes. Until then, stand down.”

Anika suppressed a sigh of impatience. She hated in-between time, when doubts and questions and what-ifs hit like bursts of laser fire.

She switched back to the boardroom. The museum director sketched a pattern of x’s and o’s on the wall board.

She pressed the wrist monitor again. Boredom had settled on the young faces as the guide talked. Anika sympathized. She, too, had been dragged to plenty of museums on national holidays.

The uniforms on the kids hadn’t changed in the five years since she had worn one. Although she had been raised in a different federal orphanage, the square-cut tops and pants were the same dirt brown color she had lived in for eighteen long years. She was willing to bet they were made of the same indestructible synthetic that had scratched her skin and left a constant rash on the back of her neck.

Her own forced museum trips had almost killed Anika’s interest in art. It hadn’t become important to her until high school drawing classes.

She spotted one girl, a head taller than the rest, just like she had been at that age. The girl wore the same bowl-shaped haircut the orphanage had given her, with the dumb fringe two short millimeters below the hairline.

Anika wore her hair long now, a silky black curtain of rebellion that hung well past her shoulders, usually cinched in a low braid when she was in the field.

The girl stood apart from the others, one arm wrapped across her waist, hand cupped in her chin. She had angled her face toward the guide as if paying close attention to every word.