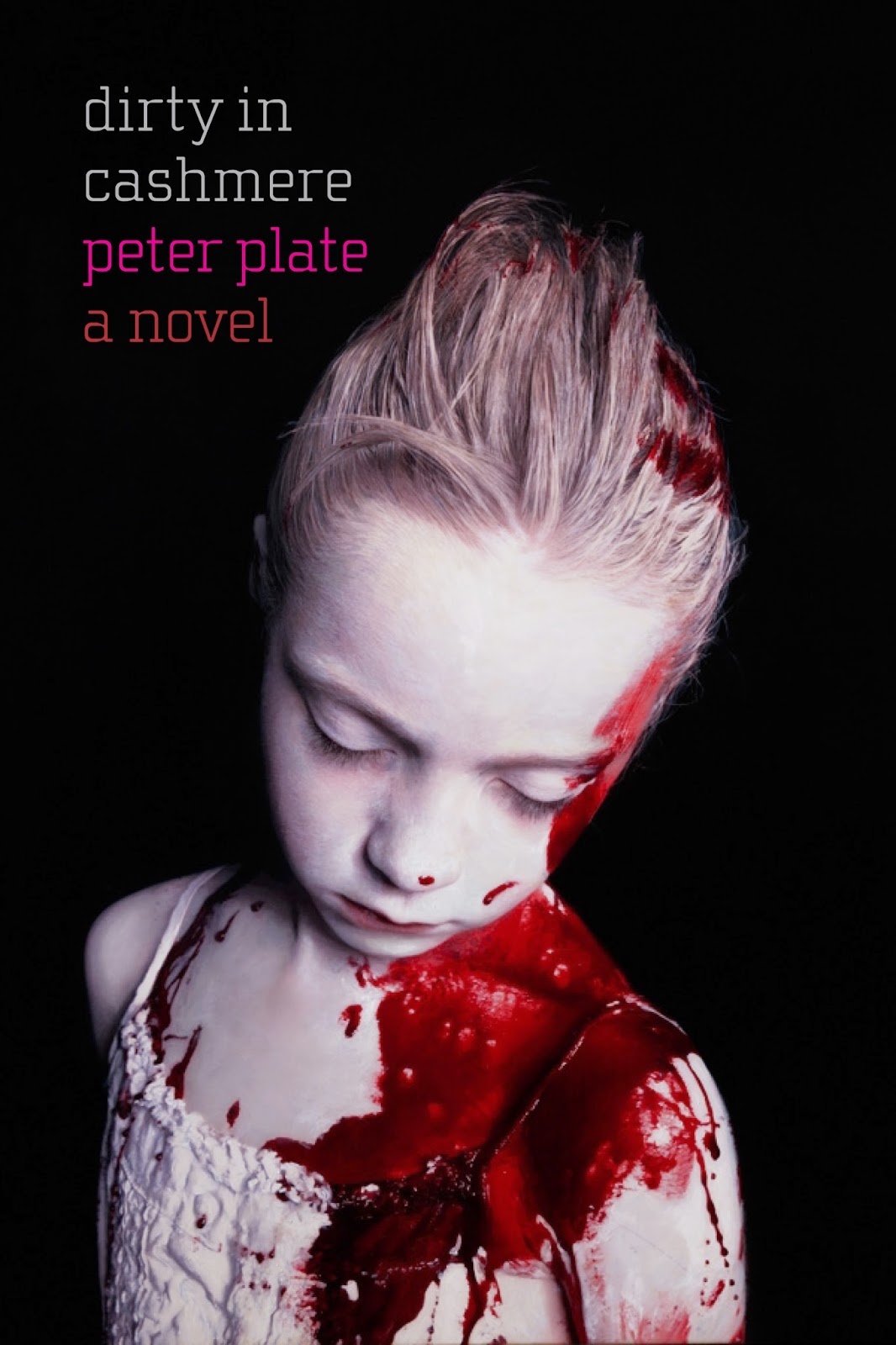 All events and characters in this novel are fictitious, and any resemblance to real events and persons, alive or dead, is purely coincidental.

All rights reserved. No part of this book may be reproduced, stored in a retrieval system, or transmitted in any form or by any means, including mechanical, electronic, photocopying, recording, or otherwise, without the prior written permission of the publisher.

Courtesy of the artist and Modernism Inc., San Francisco

In late October, three days before the month's end, black rain bombarded the streets of San Francisco, overrunning curbs, spilling onto the sidewalk next to Eternal Gratitude, a squat, flat-roofed club at the intersection of Church and Market.

2-Time Wright straddled a stool by Eternal Gratitude's sandbagged plywood front door. He sported a yellow T-shirt, chinos that exaggerated the cleft of his high buttocks, a vintage Giants baseball hat with the bill pulled low over his pasty face.

He heard the doorbell, a high-pitched squeal that rattled the aluminum mesh security gate, glanced up, saw me standing outside in the downpour. I had on no-label jeans. My kicks were blinding white Nike knockoffs, ten bucks at the Oakland flea market. A vermilion scar glowered on my forehead.

He jeered at me. “What the hell do you want?”

Sorely troubled by how the rain was messing with my hair, I weighed 2-Time's question. I toyed with the notion of imagining his future. But with certain dudes, you didn't want to bother. 2-Time was one of those cats.

“Okay, man, go in and make your purchase. But if you cause any trouble in my establishment, I will kick your ass.”

The sound system was delivering Howlin' Wolf's “Going Down Slow” when I stepped into the narrow and low-ceilinged club. Wall lamps emitted a dim light. My shoes sank into ersatz Turkish carpets piled three deep on the oak plank floor. I was the only customer in the place.

Life was the street name of the new experimental radiation vaccine invented after the Fukushima nuclear disaster in Japan in March 2011, when contamination spread across the Pacific Ocean to California. A delay in patenting the drug had boomeranged into an underground market. Life was manufactured in neighborhood laboratories and distributed in local storefront clubs sanctioned by the mayor's office. Eternal Gratitude was a small operation, run by 2-Time and Rita. Unlike most clubs that retailed Life, it wasn't making money. Competition was stiff. The overhead was high.

Rita eyed me as I sauntered to the counter. This was the second consecutive day I'd come by. She was delighted to see me again. Business had been slow for a Monday afternoon. She switched on her sales face.

I pointed at a jar. “Give me three tabs, please.”

“Is there anything else I can get you?”

I had my money out and was counting scruffy one dollar bills, moving my lips as I added up the numbers. Seventy bones was a lot to pay for Life. I laid the paper by the cash register. Rita noticed the scarring on my forehead.

“Where did you get that scar? It's so damn big.”

Ten months ago I was shot in the head at the corner of Geneva and Mission by a vigilante from the Citizens' Council, a civilian organization that patrolled crime-ridden neighborhoods. My heart stopped four times during the ambulance ride to General Hospital. The surgeons in the trauma unit concluded I was brain dead. I was hooked up to a life support system in a sterile room. Thirty-six weeks passed while I was in a coma and then, without any fanfare, I emerged from it. The doctors told me they couldn't remove the bullet. It would kill me if they tried. That's when I began having visions. Perceiving things. The bullet had become a third eye.

“That's fucking sick! Do you know who did it?”

I could see it in her eyes. She thought I was a bullshit artist. Her standard for credibility was 2-Time, a man who probably lied all the time.

“The police said he shot me in self-defense.”

“What were you doing to him?”

“Nothing. I was just walking by.”

“When did this happen?”

“Better than I used to be. I can see all kinds of things now, stuff I never saw before.”

“You got a crystal ball or something?”

I pictured the bullet in my brain, gray and pitted, always giving me advice about the future and everything else. “More than that.”

“Everything people do. Like with this club.” I looked around Eternal Gratitude. “You're going to go bankrupt.”

Still at the door, 2-Time overheard every word I said. I knew what he was thinking: if I could see Eternal Gratitude's economic future, there wasn't anything I couldn't see. I was the ultimate lottery ticket. Movies. Radio. Television. Advertising deals. Lecture circuit. Anyone associating with me would make paper.

But if 2-Time wanted a piece of the action, he knew he'd have to move fast. Like pronto. And so he backpedaled out of Eternal Gratitude, cell phone in hand.

I pocketed the three tabs of Life. I told Rita I'd come back tomorrow. I followed 2-Time out the door.

Something about how 2-Time walked, his prison-style swagger, grabbed my attention.

He threw a shocked glance at me, his face deadly white.

I'd pinpointed his darkest secret.

I walked on Market Street to Van Ness Avenue, ambling past the homeless winos camping by the Civic Center Hotel. Two men were boiling noodles in a pot over a sterno can. They looked at me, as if I were contaminated. But I wasn't. I'd tested negative.

The rain was coming down; pools of water shimmered white on the asphalt. Ever since I got shot, I'd had a constant loud ringing in my ears. The doctors said it was from neurological damage. The noise in the street amplified it. I hunched my shoulders and humped it to Mission Street. At a bus stop I boarded an outbound 14 Mission coach. I heard a small girl ask her mother, “Why does everyone look so scared?”

The bus highballed down the street. With half-closed eyes I drank in elderly crackheads levitating over the sidewalk and Salvadoreno ice cream vendors pushing carts under palm trees gray from smog. Forty-five minutes later at the corner of Geneva and Mission, jostling with junior high kids in backpacks and Asian women carting shopping bags, I alighted from the coach.

I scoped the corner, the shops, the baleful stoplights, the traffic moving in the street. I scanned the cracked concrete at my feet, fifty yards from Acme Surplus. This was where I was dusted. There should've been a shrine, an altar. Something to mark the spot. There wasn't even a bloodstain. Nothing to let me know a crime-crazed vigilante had gunned me down here on a foggy night in the first week of the new year.

I patted my shirt pocket, the tabs of Life were still there. I started west on Geneva, past stucco homes, each one a tiny continent of anonymity, a fine metallic mist in the air. The rain blinded me, the wind slid over my wet hair. My arms swung back and forth. Everything seemed to be working just fine. But the bullet pulsed in my head. It was like the sun. The rest of my body circled around it; my legs and arms, dick and stomach were planets in orbit. Except that my left leg had a tendency to drift off on its own, forcing me to limp.

I lurched to Guadalupe Terrace, a short one-way lane that dead-ended behind the Balboa Park BART station. Giant tumbleweeds crisscrossed the roadbed. Newspapers, tin cans, beer bottles, fast food wrappers, eggshells, and rotting banana peels nested against the curb, secure in the knowledge they'd be there for many months.

A trio of abandoned houses hugged the sidewalk, starting with a boarded up pastel blue bungalow that a pair of Honduran kids had turned into a Life manufacturing lab. The next building was a rundown pseudo-Moorish confection occupied by a black skinhead girl.

My cottage was the last on the block. It had a white paint job and a red-tiled roof. Since the front and back doors were nailed shut, I had to climb in the broken kitchen window to get inside. I wriggled through the window, dropped to the floor and sat there. The kitchen had no chairs, no table, not even a sink or a stove.

I pulled the tabs of Life from my shirt pocket, stuck all three in my mouth, chewed them, gulped. Reaching in my pants for a packet of papers and a pouch of tobacco, I subtracted a leaf, dropped some loose tobacco on it, glued it together. I lighted the rollup and in the process, ignited my shirt. I swatted the fire, bringing it under control.

I tried to remember my past, but it was difficult with the bullet in me. The past was just fragments of memory, shrapnel, a jumble of things mostly forgotten. Yet I remembered when I was near death. First, a white light engulfed me. After that was the welcoming committee. My mother was leading it. Trailing behind her was my dad.

My father was among the youngest men ever sent to a maximum security penitentiary in California. He was sixteen, sentenced as an adult for stealing and selling guns. The first time he was released from the slammer he married my mom. He later returned to the joint and died in a hunger strike at Pelican Bay.

The vaccine made me woozy. My muscles went liquid, the snakes of pain in my head uncoiled. I sniffled, wiped my nose, shut my eyes, nodded off.

As I slept I dreamed that 2-Time was chatting to one of his confederates about me. I felt like I was eavesdropping on a conversation.

While 2-Time yakked a blue streak, his buddy Rance Heller gazed out his office window and felt sorry for himself. The gaudy red and yellow pennants that decorated his South Van Ness Avenue used car lot drooped in the rain. Rows of beat Chevy and Ford sedans sat idle on the wet gravel.

2-Time was blabbing that I could augur the future. What better fairy tale than a teenager who could see the future? Heller thought 2-Time was out of his fucking gourd.

A while back Heller got strung out on angel dust from partying with 2-Time. He ended up doing a year in county jail for possession with intent to sell. Thanks to his wife Mitzi and the 12-step program, he was now clean. Unfortunately, 2-Time was still doing angel dust. Even though Heller was the silent partner behind Eternal Gratitude, the two men were no longer close friends.

“You're telling me this kid Ricky Bellamy who got shot in the head knows the future?”

“Yup. He told Rita that Eternal Gratitude was going bankrupt.”

“That's my point, dork. I could've told you that. Anyone could. That's nothing. You still don't know shit about what he can do. How do you know he can really tell the future? Maybe he was talking trash.”

“No way. He knows things about me I wish he didn't.”

“He still has to prove himself. You talk to him and we'll test his powers.”

They agreed to meet tomorrow. 2-Time promised to bring me. Heller hung up the phone. He was mildly excited. Whoever manipulated the future, got all the money. It was the oldest law in history. The second oldest law was just as important. You never trusted scuzzballs like 2-Time.

I awoke with my face bathed in greasy sweat. What I'd overheard was no dream. Far from it.