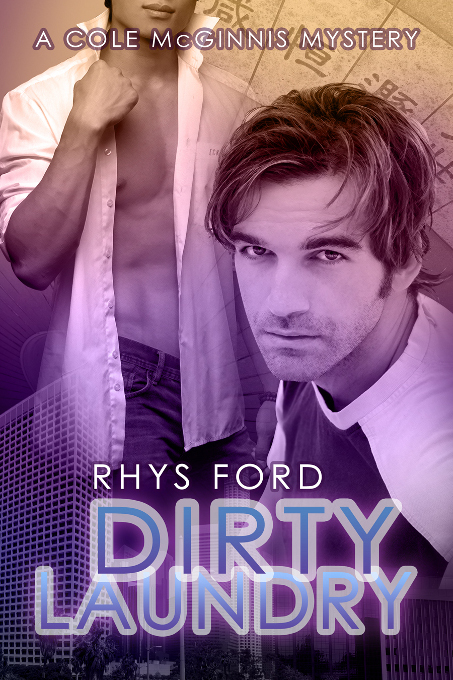 “…a nail-biting, stay-up-late, page-turner of a book.”

“This is a great romantic suspense novel with a gritty film noir atmosphere and a sexy, heartfelt romance.”

“I didn’t catch who the killer (was)… kudos to the author.”

“The obstacles and the twists and turns in this action-packed tale kept me glued until the last page.”

“The exciting sequel to
Dirty Kiss
packs a solid, seductive, and bloody punch.”

“It was jaw-dropping and reeled me into this equally amazing book from the get-go.” 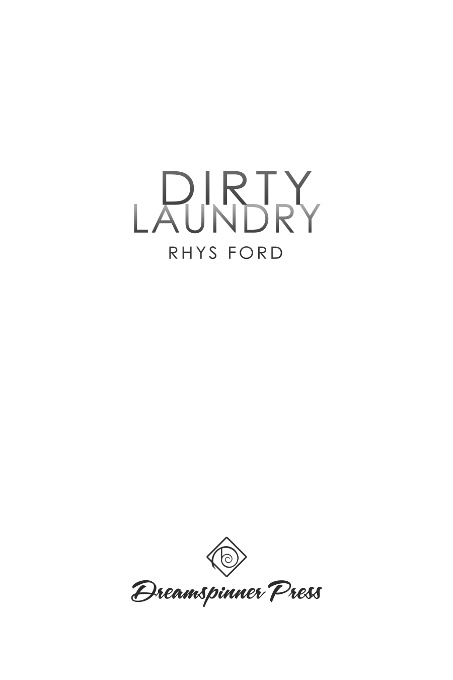 All rights reserved. No part of this book may be reproduced or transmitted in any form or by any means, electronic or mechanical, including photocopying, recording, or by any information storage and retrieval system without the written permission of the Publisher, except where permitted by law. To request permission and all other inquiries, contact Dreamspinner Press, 5032 Capital Circle SW, Ste 2, PMB# 279, Tallahassee, FL 32305-7886, USA.

Dirty Laundry
is dedicated to Charles and Joyce Howell, a second set of parents I hold in such high esteem. May all your lychee be juicy and your fish fins crispy. And also to their daughter, Jacque, who endures my random nature and forgetfulness.

Every bit of cat in this book goes to Denise Ruiz, my darling Star and kin. Much love and purrs.

T
O
THE
F
IVE
, or rather the other four. Dearest Penn, Lea, Tamm, and Jenn, always here in the words, be they ink or digital. And to my darling sisters, Ren and Ree. Eat more and stay happy.

On the business side, a hearty thanks to Elizabeth North for letting me ramble.
Huge
thanks to the Dreamspinner Press staff who make me look damned good: Lynn, Julianne, Ginnifer, Anne, Brian, Mara, Julili, and everyone else who varnished and polished.

All words are Korean unless otherwise noted.

Agi: Baby, as in infant. This word is used between Jae and Cole as a teasing affectionate term, referencing to when Cole called Jae baby in English.

Ajumma: Older middle-aged woman. Sometimes considered to be an insult in some circles as it denotes the woman has aged enough for it to be noticeable.

An nyoung ha seh yo: A general greeting. Can be used at any time of the day.

Char siu bao (Chinese): A steamed or baked bun made of bread and stuffed with a sweet, barbequed pork mixture.

Chigae: A stew-like Korean dish, made with kimchi and other ingredients, such as scallions, onions, diced tofu, pork, and seafood,

Enceinte (Latin/French origins): To be pregnant

Hyung: Honorific used by a younger male towards an older male he’s close to.

Jagiya: A term of endearment similar to baby or darling.

Kimchi / kim chee: A fermented Korean side dish made of vegetables with a variety of seasonings. Usually refers to the standard cabbage variation which is the most common form of kim chee. If another vegetable is used, the dish will be referred to by the vegetable used, such as cucumber kim chee.

Kimchijeon / kimchi buchimgae: A griddle pancake made from kim chee and flour. Sometimes, other vegetables or meats are mixed in as well.

Kretek (Indonesian): A clove and tobacco blended cigarette originating from Java. The word comes from the sound the cloves make when burning.

Mandu: Fried or steamed dumplings made of rice or wheat flour wrappers and stuffed with a variety of ingredients.

Musang (Filipino): Wild cat, most commonly used to refer to a civet.

Nuna: Hyung: Honorific used by a younger male toward an older female he’s close to.

Oppa: Honorific used by a younger female toward an older male she’s close to.

Panchan / banchan: Small dishes of food served along with cooked rice at Korean meals. Traditionally, the more formal the meal, the greater the amount of panchan.

Saranghae: I love you

Sunbae: Senior or teacher. Someone who is considered a mentor.

Tatami (Japanese): Flooring mats either made of straw or other materials covered with straw rushes.

Unnie / eonni: Honorific used by a younger female toward an older female she’s close to.