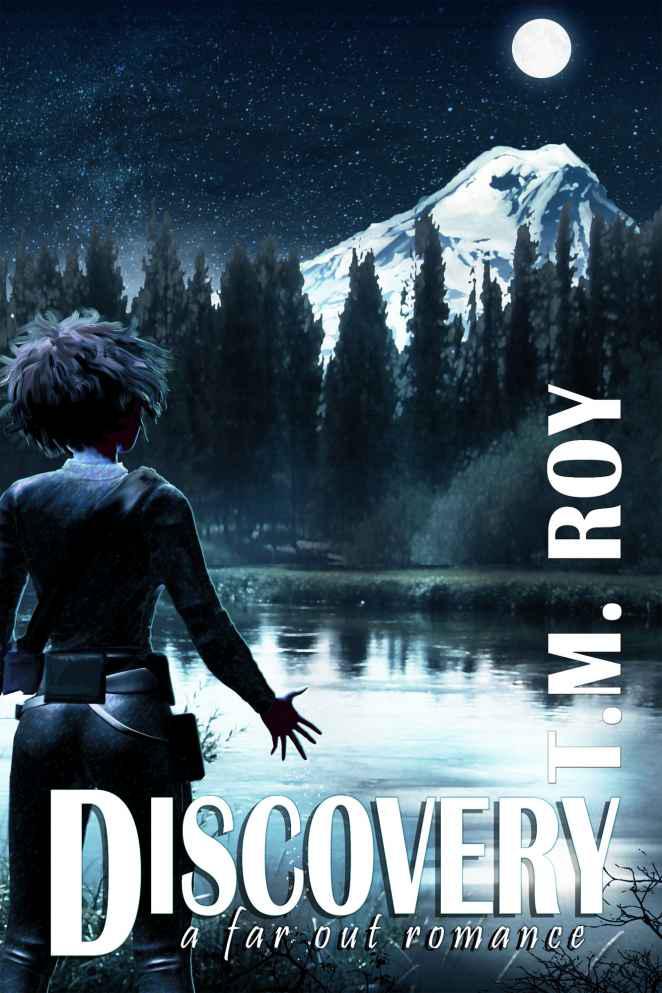 This novel is a work of fiction. Names, characters, places, and incidents are the products of the author’s imagination or are used fictitiously. Any resemblance to actual persons, living or dead, or events, incidents, or organizations is entirely coincidental.

This book is protected under the copyright laws of the United States of America.

Any reproduction or other unauthorized use of the text or artwork contained herein for any reason is prohibited without the express written permission of Zapstone Productions LLC.

my little sister the scientist,

who first introduced me to the

who imported me as an E-mail attachment to

Oregon in the first place. 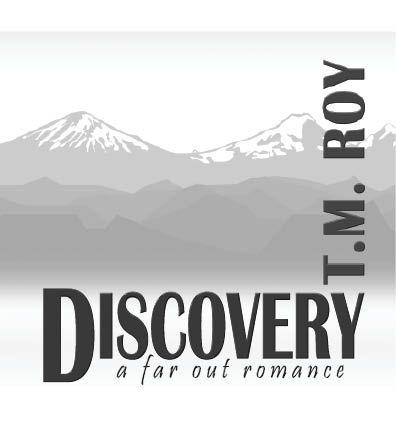 D
R. KENT XAVIER LEGGED OFF
his mountain bike right after turning into his small driveway on Agate Street. He gave an adjusting tug to the weatherproof cover over his BMW motorcycle as he passed, and then ducked through the greening tangle of wisteria branches that formed a tunnel leading toward the entrance. Leaving his bike against the side porch, he brushed at the long damp strands of brown hair plastered into his face by another day of the misty latewinter drizzle common to this part of the Pacific Northwest.

He deposited the knapsack containing his briefcase and laptop on the small, scarred oak table that served dual duty for dining and workspace. He expected to see Lynn’s golden-haired length curled in the deep cushions of the handcrafted wicker love seat near the fireplace. The love seat, shaped like a huge half clamshell, was perfect for reading, snoozing, or snuggling.

Her pretty face would be sleepy, her blue eyes just a bit unfocused from staring into the flames. The cat would be curled alongside, purring like a springtime downpour.

A warm glow started deep in his belly and he smiled in anticipation. He’d curl up next to her and they’d cuddle and kiss. Maybe do a bit more than that. Then he’d fix dinner, they’d chat, talk some more about wedding plans. He glanced into the living room with the wall-to-wall array of windows, the jungle-like profusion of plants, and the hard-hunted garage sale furniture of which they were both so proud. His smile grew. Who cared if was raining—again? Lynn lit up a room.

His smile faded when he failed to spot her. Comet, the huge gray tabby cat, was alone in the love seat, lying belly up, legs and paws to the four winds. Only the lazy twitching of the big tom’s tail indicated the cat was alive. A green-gold eye opened at Kent’s entry, and closed again.

A fire glowed within the red brick depths of the fireplace. Not like Lynn to start a fire and not be dreaming in front of it. Unusual to come home to silence: usually the washing machine was running, or Lynn was just coming out of the shower. Music always played in the background. Show tunes or scores from Broadway hits past and present, whatever show at the VLT or Hult Center in which she had a part. Lynn would sing with them at the top of her lungs. But not today. If she’d run to the little grocery around the corner, she would’ve left a note. They always had.

Concern tugged at him. Maybe she wasn’t feeling well. He noticed the bathroom door was open. So was the door to the guest room. Empty. She wasn’t in the loft, either.

He continued to the bedroom. And stopped short as he pushed the door open.

The words stuck in his throat.

Jim Payne, an undergrad research assistant in Marine Biology, was just rolling out of Kent’s bed. The bed Kent had shared these past three years with Lynn. In guilty haste, Jim wrapped a sheet around his nude form. Lynn, looking as content and sleepy as the tom passed out in the living room, yawned, stretching her tanned limbs. Her very naked tanned limbs, which still gleamed with a light sheen of sweat.

Kent’s hands gripped either side of the doorframe until his short nails dug into the pine. Still speechless, he looked from his fiancée to his friend. Back to Lynn. Silently begged her to tell him something, anything. Jim came, seduced her, it was all a mistake, a hallucination. A moment of weakness. Jim was a good-looking guy, a lot of girls panted after him. He’d forgive…

Jim scrambled to pick up his discarded clothing while holding the sheet around him with one hand. The younger man had the grace to look guilty. More than that, he was pale to the lips. Jim made an awkward hop to pluck a sock dangling like a dead slug from the overhead light fixture and stood, looking at Kent in mute appeal.

Kent opened his mouth, closed it, swallowed, took a deep breath, and mentally counted to ten.
I am a mature adult. I am thirty-nine years old. I can handle this—

He pushed himself back into the small hallway and forced his fingers to release the doorframe. He left just enough room for Jim to squeeze past.

The sound of the bathroom door closing behind Jim brought Kent to his senses.

“Lynn?” He surprised himself with the calm tone in his voice. “What do you mean, I should’ve called? This is my house. We’re engaged…”

A terrible suspicion grew, adding fuel to the rage he struggled to hold in check. “This isn’t the first time, is it?”

He felt sick. His guts churned. Lynn appeared always freshly showered when he came home, even though she took a shower every morning. And her forever washing sheets and towels, whether they’d made love or not the night before. He had assumed had something to do with the fact that they didn’t have a large selection of linens and they both liked fresh, clean-smelling towels and bedding.

“How long?” he asked hoarsely.

“Oh,” said Lynn with a languid sigh, “always, I suppose.”

“Always! Always? That’s a little ambiguous a time frame, isn’t it? Jim hasn’t been in Eugene ‘always’. Hey! You just wait a minute!”

He spun and reached for Jim as he fled the bathroom and headed for the door. Kent missed.

“I think you’d better talk it out with Lynn first, Kent,” called Jim, his voice vanishing as he made good on his escape.

“I didn’t say it always was with Jim,” continued Lynn. She stood, letting the comforter drop. Normally the sight of the wheaten-haired twenty-six year old, naked, made Kent forget everything. Everything except how much he loved her, enjoyed making love with her, and how he hoped, one day, to see her standing there burgeoning with their baby inside. The first or second… whichever one. The babies they talked about having once Kent got tenure and they married. The children Lynn told him she wanted to have.

Now Kent felt nothing but his growing anger and a severe headache.

“I’m going to make some coffee while you take a shower,” Kent heard his voice say, “and then we’re going to discuss this.”

Lynn brushed past him and paused, starting up on her toes as if she was going to kiss his cheek. He recoiled. Not only were her lips still swollen from another man’s kisses, but the musky scent of hers and another man’s lovemaking made him gag. He reeled into the adjacent kitchen, tore open the French doors, and stumbled onto the deck. Kent stood in the pouring rain, gasping for breath and trying to control his temper. He entertained a vague hope the cold slap of the downpour would help cool his rage and help him gain control over his temper.

“That’s just something else I like about you, Kent.” Lynn’s voice sounded as if it came from a great distance, though no less than twelve feet and a thin wall separated them. “You’re always so calm and sensible about things. I can always count on you to listen.”

The drumming of the shower came to him louder than the rain.

A long, low, animal sound of pure rage erupted from his throat. As he whipped around, his foot slipped on the slimy remains of a slug that had innocently been crossing his path.

Innocent slugs, Kent managed to think, on the way to eat all his early lettuce planted in the deep wood boxes to one side of the porch.

He gave his feet a cursory wipe before re-entering his house.
Their
house. He felt violated, bereft, as if coming home to discover the place robbed or burned to the ground. His wet and slimy boot almost caused him to slip as he climbed the round rungs of the ladder into the skylit loft. He threw his backpack and the duffel containing his camping gear right down to the main floor. On top of that he threw Lynn’s boxes and suitcases, which had been stored there from the time she’d moved in, three years ago.

He missed the last three rungs coming down and bruised his ribs on the ladder rails while flailing for a handhold to halt his abrupt descent.

Thanks to a few well-placed kicks, boxes, bags, and gear flew into the living room.

By the time Lynn emerged, clean and clothed, from the shower, Kent sat at the table with a cup of coffee.

“You look like you’re ready to talk to a backsliding student,” teased Lynn.

Teasing? She’s teasing me? She’s acting like this is nothing, nothing at all!

Kent didn’t even summon the energy to stare after her as she drifted past on her way to the kitchen, leaving the light floral scent of her shampoo in her wake. The blithe touch she gave him in passing burned on his shoulder like acid.

“Where did I go wrong, Lynn?” he asked at last. “What didn’t I do right? Is it because Jim’s better looking, younger? Didn’t I make enough time for you…”

“Honey, you’re perfect. Have been. Always will be. Looks don’t count—”

God, so I’m ugly now?
A pain born of male vanity rose and added itself to all the others he experienced at the moment. So much for any confidence he’d had in his looks, in his hard fitness. All those years with Lynn looking at him as if he was every girl’s fantasy rolled in one? The girlfriends before Lynn who said they liked the permanent tan, the long hair; the high cheekbones he’d inherited from the smattering of Indian blood in the Xavier family?