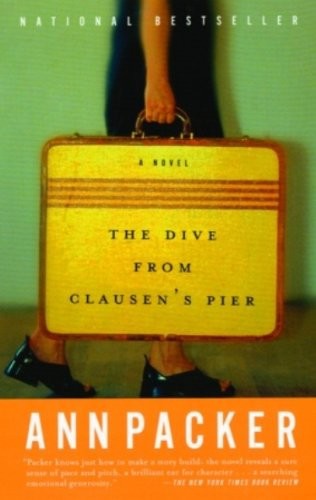 Mendocino and Other Stories

Knopf, Borzoi Books, and the colophon are registered trademarks of Random House, Inc.

For support during the writing of this book, I would like to thank the National Endowment for the Arts, and Literary Arts, Inc. I am grateful to Dr. Edward James for his lucid explanations of medical matters; for additional technical help, my thanks go to Kerstin Hilton, Dr. Mark Krasnow, Dr. Nancy Marks, Patty Schmidt, RN, and Dr. Patti Yanklowitz.

I am very grateful to my agent, Geri Thoma, and my editor, Jordan Pavlin, for being so kind and encouraging and insightful.

Mike always teased me about my memory, about how I could go back years and years to what people were wearing on a given occasion, right down to their jewelry or shoes. He’d laugh and ask what the weather had been, or who’d had a light beer and who a regular one, and I could almost always tell him. That was how I resurrected the past: people in their outfits, or who sat next to whom, and from there on to what we talked about, what we were like at a certain time.

Every Memorial Day we spent the afternoon at Clausen’s Reservoir, about sixty miles north of Madison. It was only a mile or so across, but it was ringed by tall old maples, and it was far enough away so that going there seemed like an event. Mike came for me at a little after noon that year, the year everything changed, and once we’d loaded my stuff into his car and gotten onto the interstate, he accelerated to seventy-two, his opinion of the perfect speed if you factored in gas mileage, highway patrol risk, and safety. My mind was on the long untangling I felt was coming our way, and I stared out the window at dairy farm after dairy farm, their big, well-kept barns angled toward the highway. “Think it’ll be hot?” he said after a while, and I didn’t look at him, I just shrugged. A little later he said, “I wonder who’ll get there first,” and this time I just reached onto the floor for my purse and got out some Chap Stick. We were in a cold, dark place, we both knew it, but once I’d done my lips I handed him the tube, and he did his and with one hand twisted the balm back down
before he handed it back. We’d been together for eight and a half years, we had all the little familiarities down. It was almost as if we were married, although we weren’t, just engaged.

The parking lot was only half full, and we found a spot in the shade. From behind my seat I unloaded a grocery bag of chips and hamburger buns while he opened the hatch. He wore long madras shorts and a pine-green polo shirt, and as I watched his movements, the quick, effortless way he lifted the beer-laden cooler, I thought about how that easy strength of his had thrilled me once, and how it didn’t anymore.

I looked up and there were Rooster and Stu, striding down the rocky hill that divided the parking lot from the beach.

“Hey to you,” Mike called back. He cast me a watchful glance, and I put on a smile.

Coming into the shade, Rooster pulled off his sunglasses and wiped his arm across his forehead. The sun had gotten to him already: his freckled cheeks were pink, his nose a shade or two darker. “It’s perfect,” he said. “Warm, a little breeze, and we got the pier no problem.”

“Great,” Mike said. He looked over at me, then turned back and said it again: “Great.”

“Anything else?” Stu asked.

Mike reached into the car and tossed him a Frisbee.

“Ah, the all-important Frisbee no one will throw.”

“I figured maybe you’d surprise us this year.”

Mike locked the car, and we headed for the hill. It was dusty already—it had been a dry spring—and patches of scruffy grass brushed against my ankles as I climbed. At the top I paused to look down: at Jamie, waving from the pier; at the sweep of dazzling blue behind her.

I started toward the beach. On the pier Bill and Christine sat side by side, apparently together again: their hips and thighs touching, Bill’s hand resting loosely on Christine’s knee. Following Mike across the sand, I wanted nothing more than to sit like that with him, until I remembered that was what I
didn’t
want. This mood I was in: I had to remind myself of its rules sometimes.

Rooster had already started the fire, and soon Jamie and Christine and I were unwrapping the raw burgers and laying them out on a paper plate. Jamie was right beside me, and in a quiet voice she said, “What’s up?”

She looked at me carefully.

After we ate, I took a second beer from the cooler and sat at the end of the pier. The can was icy, almost painful to hold, but I held it anyway, my feet just skimming the water, which I noticed was lower than usual. Wasn’t it supposed to come up to my knees? I thought so, but I didn’t think so very strongly, and I know I didn’t say so.

Behind me Rooster’s boom box played one of his compilation tapes, and I could hear everyone talking, the rise and fall of their voices, the little silences before someone thought of something else funny to say. Jamie said, “No, Long Island Iced Teas,” and the next thing I knew Mike was standing over me, casting a shadow onto me and the water. He prodded me once with his big toe and announced, “I’m going swimming.”

I could feel everyone looking at me: Rooster, Stu, Bill, Christine—even Jamie. Looking and thinking,
Come on, Carrie, give the guy a break
.

I turned and looked at his strong, hairy legs, then up at his face, which was dark against the bright sun. He’d stripped to his swimming trunks, and as he stood there waiting for me to say something, Rooster came over to stand beside him. “Getting a little spare tire there, buddy?” Rooster said, and he cuffed Mike lightly.

Mike grinned. “Makes two of us, huh? Maybe we should start a diet club, the Spare Tire Spartans. What do you say?”

They all laughed—the Spartans had been our high school mascot. That we were a year out of college and still making Spartans jokes seemed to me to be a symptom of whatever it was we all had, whatever disease it was that had us doing the exact same things we’d always done, and with the exact same people.

“I think I’ll wait till after the holidays,” Rooster said.

“The holidays are six months away.”

“Why don’t you just jump?” Later, I clung to that as evidence that I’d tried to stop him, but in fact I was just being contrary.

I glanced at Jamie, and she smiled at me. “Hey, girl,” she said, and she scooted toward me with her hand extended low in front of her, palm side up. I reached over and held my palm on hers for a moment.

Mike took off his baseball cap and held it out for me to take.

“What about your sunglasses?” I said.

He dropped the cap onto the pier. “They’re coming,” he said. “On a joy ride.” He looked at Rooster and Stu and Bill with an endearing expression of amusement and challenge on his face, and for an intense moment then, watching him with his friends, I longed to feel again what I no longer felt: that he was just what I wanted. “You guys are wimps,” he said. “I’ll think of you when I hit that cool, refreshing water.”

Everyone laughed again: it was Memorial Day, the water was freezing.

Then somewhere on the reservoir a motorboat started up, and we were still for a moment as we looked across the water to see if we could see it. I remember the sound so clearly, the sound of the boat and also the feel of the icy-cold beer can in my hand. I wish I’d done something to stop him then—jumped up and said I’d marry him that day, or burst into tears, or held on tight to his leg. Anything. But of course I didn’t. I was already looking away, when from across the water there came the sound of the outboard revving higher. And then Mike dove.

PART ONE
I
NTENSIVE
C
ARE

The Last Werewolf (The Weres of Europe) by Denys, Jennifer, Laine, Susan
Pilgrimage (The New World) by Kurt Winans
Kindle Alexander - Up In Arms by Kindle Alexander
The Jagged Heart by Trinity Lee
The Devil's Serenade by Catherine Cavendish
The Bloody North (The Fallen Crown) by Tony Healey
Mail-Order Bride by Debbie Macomber
The Maiden and the Unicorn by Isolde Martyn
Cats on the Prowl (A Cat Detective cozy mystery series Book 1) by Nancy C. Davis
Rangers and the Famous ICF: My Life With Scotland's Most-Feared Football Hooligan Gang by Chugg, Sandy