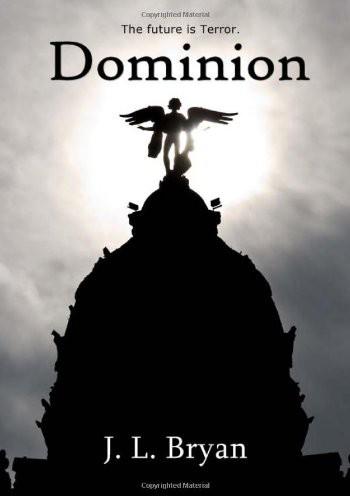 (This means you’re free to make copies of this book and give them away. Hey, why don’t you give away a copy right now? Thanks!)

From the album
Bulletproof

I have seen him in the watch-fires of a hundred circling camps;
They have builded him an altar in the Eastern dews and damps;
I have read his doomful mission by the dim and flaring lamps—
His night is marching on.

I have read his bandit gospel writ in burnished rows of steel:
“As ye deal with my pretensions, so with you my wrath shall deal;
Let the faithless son of Freedom crush the patriot with his heel;
Lo, Greed is marching on!”

In a sordid slime harmonious Greed was born in yonder ditch,
With a longing in his bosom—and for others’ goods an itch.
As Christ died to make men holy, let men die to make us rich—
Our god is marching on.

“The Battle Hymn of the Republic, Updated”

Daniel Ruppert left the steel-reinforced black dome of the GlobeNet, Los Angeles studio and drove into the war-torn concrete hell of south L.A. The roads deteriorated beneath him as he traveled deeper into the Economic Reclamation Zone, where the Western Resources and Energy Committee now permitted up to four hours of electricity a day and as much as two gallons of water per household, a bid to stave off riots as the National Guard effected its latest withdrawal. Another intervention would likely follow within the month. Ruppert would report on it ominously, while framed by footage captured by the triangular GlobeNet spycams that glided like tight swarms of black vultures over newsworthy sites.

On this evening’s newscast, Ruppert had described the new measures as a “bold initiative to increase prosperity and opportunity for the citizens of Southern Los Angeles.” Privately, he’d wondered whether “increase” was the proper word, since it implied that those things existed in the first place. The word, like the overall positive tone of the story, had been chosen by network, and a mere reporter had no place suggesting revisions. Ruppert was just a face-man, someone who could look trustworthy and reassuring regardless of what he said, or how much he lied.

His new 2035 Ford Bluehawk stuck out like a golden thumb as it raced low and sleek along the shattered 405, picking up speed each time he darted under a wrecked overpass bridge. Scavengers sometimes lurked in the shadows beneath bridges, waiting to snare a promising target using a homemade explosive tucked into a roadway fissure, or maybe an old-fashioned burst of machine gun fire. At least, this was the kind of thing Ruppert reported for the local news. The boundary between the true world and the one manufactured for the audience was slippery and porous, even for him, especially since he didn’t know when he told the truth and when he didn’t. It was all just script.

Garbage and earthquake rubble buried most of the ramps on this stretch of interstate. Up the ramps, behind the rusty barbs and chain link running alongside the highway, most of the old concrete buildings stood lightless except for the occasional red glare of an open fire in a window hole. The four hours of electricity was probably an exaggeration. More likely, the Western Resource and Energy Committee provided one hour, or no hours at all—most likely, they had simply issued the announcement to assure security-enclave residents in Beverly Hills and Orange County that something was being done for the benighted masses of the south.

In three or four weeks, he would be reading a new statement for the cameras—that the residents of South L.A. had sabotaged the transformers and power lines, or had used the new electricity to fuel insurgent activity, and the power needed to be cut once again. Over iced drinks on manicured golf courses, where groves of trees concealed the electrified razor-wired fences, Ruppert’s colleagues would shake their heads and comment on how you just couldn’t help those people.

To support the story, the National Guard would be sent in for another round of occupation. A few hundred adolescents and young men would be swept up and shoved into the overcrowded Emergency Penitentiaries, and the well-heeled portion of the public would go on with their lives, satisfied that what could be done, had been done.

Ruppert should never have pointed his car south. His home was north, in Bel Aire, a three-story house in a high-walled, high-security suburban cell, where the houses all faced a “village green” in the center, complete with a swing set none of the obese neighborhood children bothered to touch. He did not belong down here.

Traveling into the southern zone was not illegal, of course, but highly suspicious. Suspicion mattered more than the law. Suspicion was enough to send you to an Emergency Penitentiary, though it was more likely that Ruppert, with his job and his background, would be submerged into the nightmare realm of the state’s psychiatric prisons. Or just killed—one could always hope.

He reached his exit, passed through a lightless warren of dilapidated office parks, and trundled up to the gate at the STORE-SAFE. He waved his access card and the gate squealed as it rolled aside. The STORE-SAFE facility ran on its own battery power when south L.A. was blacked out. It was part of the STORE-SAFE Quality Pledge.

He navigated through the low brick alleys lined with rusty, padlocked garage doors until he reached his unit—332—and stopped the car. He got out, breathing in the burnt, ozone-laced night air, and his door quietly closed behind him. The manufacturer claimed the automatic-closing door was “soft as a butler’s touch,” which just sounded creepy to Ruppert.

His car locked itself up, and the windshield and windows tinted black to conceal the interior from potential thieves. He’d disabled the car’s GPS system. If asked, he would say it had been malfunctioning but he simply hadn’t made it to the mechanic. It would seem unlikely that he would disable it himself—what sane person wanted to run the risk of falling off the steady, safe beams of the grid? Still, he figured he only had a few weeks until that excuse became questionable.

The old-fashioned padlock on the storage unit door, and its matching archaic metal key, always amused him. It was the only physical key he owned. His car, his home, his office granted entry based on biometric data. Such an object, implying secretive off-the-grid activities, was also great cause for suspicion.

The padlock screeched open and the hasp shed flakes of rust as he lifted it free. Ruppert raised the garage door, stepped inside, and let it rattle shut behind him.

He flicked on his flashlight. The beam passed over a heap of furniture—a couch, a moth-chewed recliner with a broken ottoman, coffee table, dusty cardboard boxes filled with moldy books and clothing. None of this was his. It had been here when he’d rented the storage unit, abandoned remnants of someone else’s life. When Ruppert had rented the unit from the facility manager—an old, half-blind man named Carlos—the manager had avoided the ridiculously obvious subject of clearing out the previous renter’s property, but Ruppert had said nothing, and hadn’t bothered to do it himself. The heap of old junk made the unit appear to be nothing special, nothing that Department of Terror agents should waste their time searching.

Outside, a long, screaming whistle screeched across the night, followed by a rumbling explosion. Rocket-propelled grenade. The locals were at war again, either with authorities or each other. The floor seemed to jerk away beneath him, an armful of dust spilled from the ceiling, and then the world was quiet again.

He pried open the bottom drawer of a file cabinet and shoved the mass of folders toward the front of drawer. From the back, he withdrew his most prized possession, a gray cube a little smaller than his fist, etched with glittering Chinese ideograms. The only English was stamped on the bottom of the cube: SinoDyne, with the serial number filed off. It was three or four years old, but far more advanced than anything available to unlicensed consumers. The Department of Terror mandated low processing speeds for anything portable—they preferred people use their home or office networks, which were easier for Terror to track and record.

He fastened on the interface apparatus—eyephones, audio headset, input glove. He resisted the urge to check outside. The facility was walled and gated. Suddenly he wished he’d rented another unit to store his car when he visited. Anything manufactured in the last ten years would draw suspicion in this neighborhood. At the moment, only a helicopter patrol would be able to see his car, but the helicopter patrols worried him more than the street criminals. A criminal would only take Ruppert’s car, and maybe his life. That was nothing compared to what Terror might do.

He booted up the Chinese data console and was immediately immersed in a world of ideograms. His ghostly virtual hand selected the translation icon, and his environment clarified into English. Ruppert did not know one bit of Chinese or any language but English. Learning a second language was dangerously unpatriotic.

He directed the computer to search out the ‘bolivarNet’ data archive, just one of hundreds of sites he might have accessed, all of them illegal, and usually impossible, to view. He was searching for rawfeed—news unfiltered by the Department of Terror approval process. He’d selected the bolivarNet site to find news from the wars in South America.

Ruppert found himself an invisible observer in a scene previously recorded on the streets of San Juan, Argentina, where Atlantic contractors fought a protracted war against Mercosur forces, either to contain the rabid political virus of Neocommunism, or to control local gold and copper mines—the motive depended on your source. The video had probably been filmed by Argentine guerillas, but Ruppert did not see any indication of the author’s name.

A convoy of black armored tanks approached him, crushing the debris and the rust-heaps of long-abandoned automobiles that cluttered the barrio street. One side of each tank displayed the seal of Hartwell Services, Inc.—a black letter “H” with a hollow heart at the crossbar, centered inside an oval the color of gold rubbed with warm butter.

The opposite sides of the tanks displayed the New America flag: one fat white star on a blue square, framed by three thick lines, two red and one white. Some marketing consultant or other had allegedly redesigned the flag so that children could draw it more easily, in order to help them develop the virtue of patriotism at a younger age. President Winthrop had proclaimed the single star represented the new, more unified country his administration liked to pretend it had created.

Just a Memory by Lois Carroll
The Nelson Files: Episode #1 by Cecere, Ryan, Lucas, Scott
All Chained Up by Sophie Jordan
Baby Makes Five (A Multiple Birth Book 1) by Peters, Nicole
What's Really Hood! by Wahida Clark
Triskellion by Will Peterson
Dark and Stormy Knight by Nina Mason
I Promise You by Susan Harris
Fire on the Mountain by Terry Bisson
The Deep Blue Alibi by Paul Levine