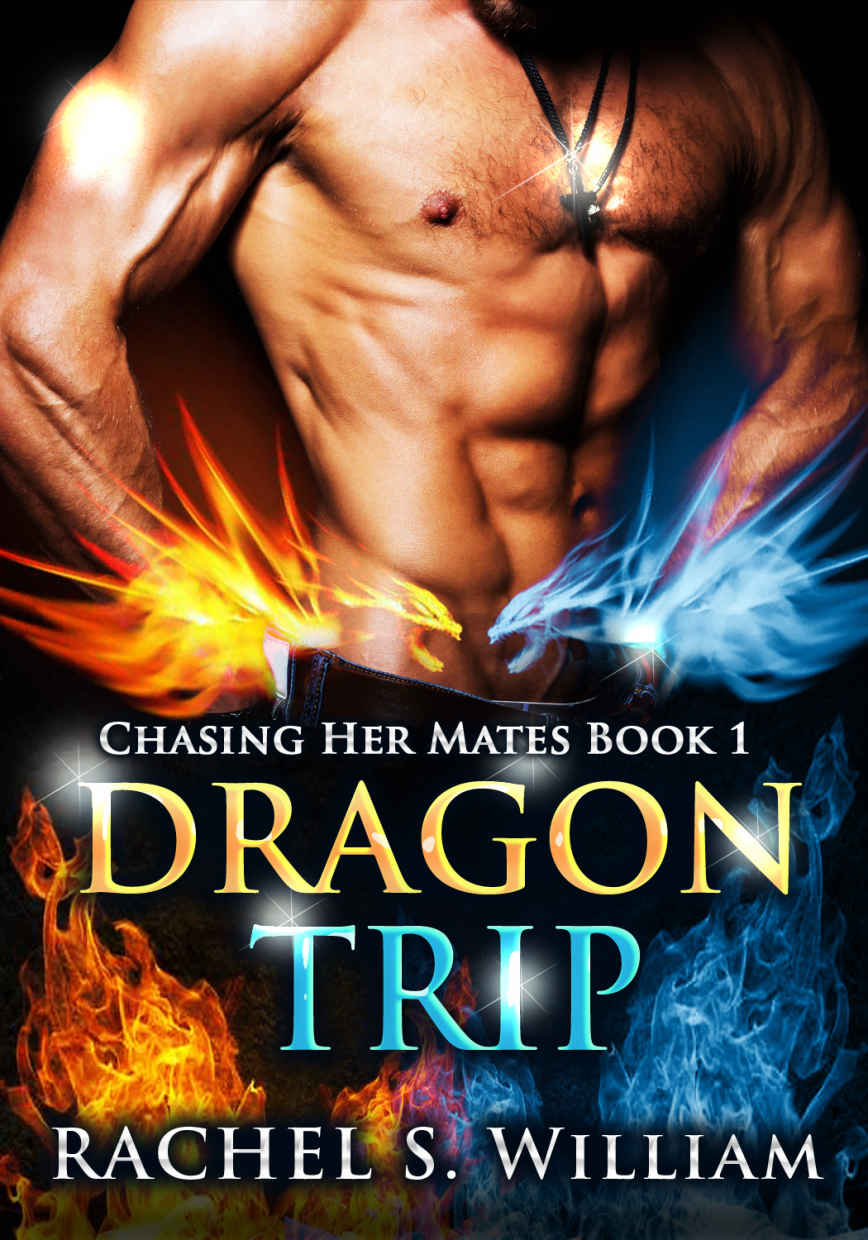 All rights reserved. No part of this publications may be reproduced, stored in a retrieval system, or transmitted, in any form or by any means, electronic, mechanical, photocopying recording or otherwise without the prior written permission of the author and the publisher

WARNING:  This e- book contains sexually explicit scenes and adult language. I t maybe be consider offensive to some readers. This book is for sale to adult ONLY

Join my Exclusive Insider Club for a Free e-Books and updates on new releases. Sign Up below and be the first to know anytime I have a new and exciting book being released.

Sneak Peak of Rescued By The Dragon

Macy’s jaw swung open, her lips vibrating as she released a heavy sigh. She leaned over her desk, resting her elbows on the manuscript she had sprawled all in front of her and cupping her hands over her face, accidentally smudging the eyeliner she had spent far too much time on that morning, which, incidentally, resulted in her showing up late for work and being slammed with this awful manuscript to power through. One look at her watch told her that it was barely noon, not quite time for lunch and nowhere near time to go home and fall into a failure-induced coma.

Someone slammed their fist against the side of her cubicle. She groaned to herself and looked up, more than certain she would find her boss’s non-amused face looking back at her. Instead, she found herself staring at a pair of alluring green eyes, framed by a face that looked like it had been meticulously carved by Michelangelo himself. She blinked twice, forcing her face to remain straight and unemotional, as she murmured, “Yes,” at Jason, the man who sat just on the other side of her cubicle and found a way to torment her for at least 50% of every single one of her work-days.

He didn’t say anything at first, but shifted his gaze from the confused facial expression of hers pressing its way through her smudged makeup, to the mess of a word document becoming wrinkled by the indents of her elbows pressing into it. “What are you up to?” he demanded, his voice holding that tone of mischief she wished she wasn’t always so familiar with.

Macy rolled her eyes and shrugged her shoulders. “I mean, isn’t it obvious?” she demanded, gesturing at the stack of papers in front of her.

He leaned in even closer to her, so much so that he must have been bent at a 90 degree angle.

But she held her stance, inhaled deep whiffs of his Calvin Klein over kill and tried her best not to think about the fact that she hadn’t actually had sex in over three months.

“You know that’s going to be a terrible book right?” he asked, in a low murmured.

Macy sucked in a deep breath. “Yes. I do. As a matter of fact, I picked it off of the slushpile myself.”

He raised an eyebrow. “Oh? Did it intrigue you?” he asked.

She shook her head. “I was just late this morning and Alexis was pissed.” She replied, looking back at her stack of terrible writing.

He nodded slowly. “You know, I just don’t understand why she would do that. That’s such a waste of everyone’s time.”

Macy shrugged, wondering why he was kissing up to her today of all days, when she looked like she had lost a fight with her entire make-up bag. “I know, but what are you gonna do?” she murmured, looking back down at her manuscript.

Jason leaned in still closer to her, placing his hand on her shoulder. She froze, her eyes wide in what could only be described as a strange combination of fear and surprise. Her skin crawled at the sensation of his warm breath caressing her neck. “Stage a coup?” He asked.

Macy scoffed. “I don’t know the first thing about this publishing company.” She replied, even though she could feel that he had successfully planted that seed of possibility in the back of her mind.

He chuckled, the sound of it bouncing around in her head. “Yes you do.” He replied, pointing at the stack in front of her, “You know that that’s terrible writing and it’s quite frankly, extremely insulting that you are being forced to read it.”

Macy couldn’t help but to laugh at this. She couldn’t deny the fact that he did have a point. Her whole life, the only thing she ever wanted to do was work in a real publishing house. Now that she had her seat at Writer’s House, the only real thing between her and the corner office on the 27
th
floor was a couple of more years spent drowning in the slush pile. She looked up at him, his smile actually getting through to her for once.

He held out his hand to her. “Do you want a little break?” he asked.

Macy raised an eyebrow, her eyes darting from his outstretched hand, to the extreme look of mischief in his face. She shook her head. “I am afraid, I do not know what you are talking about.” She replied, clenching her jaw. She figured if she physically forced her lips shut, she could stop herself from completely relinquishing all of her control to Jason, who was always so much more attractive than she liked to admit that he was.

He winked at her. “Oh come on. How are you going to stage a coup when you’ve never even been to the basement?”

She couldn’t help but to giggle at this. “The basement?” she asked.

He nodded solemnly, his eyes boring right into her. “Yes. I can show you where the grease-monkeys live.” He offered.

There was something about Jason that always made it impossible for Macy to resist him, so, without fully understanding what it was that she was about to do, she stood up, an action that brought her within three inches of him. His eyes scanned the length of her body, picking up everything from her full quivering bottom lip, to the curves of her body, accentuated by the black minidress she had only dared wear because it was laundry day and was certain Alexis would fire her on the spot if she ever saw her in jeans. “Okay fine. But if I don’t see a single monkey, I won’t ever trust you again.” She teased.

He scoffed. “I was completely unaware that you trusted me in the first place.” He replied as he led her down the hall to the elevator.

She shrugged as she reached in front of him to press the, “down,” button. As she stepped back, she was certain she could feel his eyes boring into her back, so she took the liberty of making sure her dress was pulled all the way down for the third time in the last five minutes.

Jason chuckled at this. “Don’t worry, honey. You’re not showing me your good stuff…” he replied.

The elevator arrived, the doors swinging open with a chime.

“Unfortunately….” He continued with a dark voice.

Aside from a short side-glance, Macy pretended she hadn’t heard any of that and pressed past him, getting into the elevator. He chuckled as he followed her in, letting the door close behind them. She bit her lip as her stomach lurched with the elevator’s quick speed. She folded her hands together in front of her a tried to pretend that Jason wasn’t staring at her the entire time. She could feel the heat in the small space as the two of them had become space heaters of sexual desire more so than anything else.

Finally, the bell chimed and the doors swung open, revealing what looked like a basement factory. “The printing press.” She breathed, her heart skipping at the magnificent sight.

Jason nodded. “Right you are.” He replied as he stepped in front of her, his hand outstretched behind him.

Macy stared at it, her gaze shifting from his long fingers to his eager eyes, but wasn’t entirely sure she should partake.

“This place has actually been around since around the time the very first printing press was invented.” He explained as he led her down the isle of machines working basically of their own accord.

Macy smiled and nodded at the first person they came across, a stout man with long hair he wore tied at the base of his neck and a greasy smile stretched across his face. “How many people work down here?” she asked.

He shrugged. “I have absolutely no idea.” He replied. “Who would know that?”

Macy slowed to a stop, her gaze sweeping the room, taking in everything from the loud machines, pumping out millions of pages a minute to the men dotting the room, all equally greasy, equally stout and unassuming. She could tell that they were probably migrant workers, or people riding the base of the social latter, because who in their right mind, with a true choice, would choose to work in this place? Where they were underground without so much as a window to keep them updated on what was going on in the outside world.

Macy could feel a short story forming itself in the back of her mind, Jason yanked her arm, throwing her tentative creative thoughts out of her reach.

“C’mon, I have to show you something.” He explained as he continued on down the isles.

Eventually, they came to the end of the rows of workers and machines, and found themselves staring at a back wall. Macy gasped as she found herself staring at a wall covered in old newspaper clippings from The NewYorker, the Times, and even New York Times. There was everything from Pearl Harbor to studio 54, to Vietnam… It was a wall composed entirely of all the most beautifully exciting things that had happened before she was alive, much less competent enough to write about any of it.

Jason stepped behind her, placing both of his hands on each of her shoulders. “You see, the basement as a slush pile of its own.” He murmured into her ear as his hands slipped from her shoulders, caressing her upper arms. “I mean, it’s a hundred times more interesting… but still.” He replied.

Macy’s eyes went wide. “So you made this?” she breathed.

He nodded, planting a soft kiss on her cheek.

She froze. Call her stupid, but this was the last thing she would have expected from him on their little adventure to procrastinate on real, deadline-bound, work.

“Yes.” He whispered. “But I have one more thing to show you.” He replied.