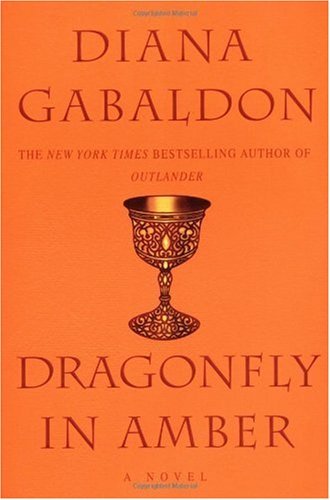 Part One Through a Looking Glass, Darkly

9 The Splendors of Versailles

14 Meditations on the Flesh

15 In Which Music Plays a Part

16 The Nature of Sulfur

23 The Best-laid Plans of Mice and Men…

27 An Audience with his Majesty

28 The Coming of the Light

29 To Grasp the Nettle

Part Five- “I am Come Home”

Part Six- The Flames of Rebellion

38 A Bargain with the Devil

44 In Which Quite a lot of Things Gang Agley

I woke three times in the dark predawn. First in sorrow, then in joy, and at the last, in solitude. The tears of a bone-deep loss woke me slowly, bathing my face like the comforting touch of a damp cloth in soothing hands. I turned my face to the wet pillow and sailed a salty river into the caverns of grief remembered, into the subterranean depths of sleep.

I came awake then in fierce joy, body arched bowlike in the throes of physical joining, the touch of him fresh on my skin, dying along the paths of my nerves as the ripples of consummation spread from my center. I repelled consciousness, turning again, seeking the sharp, warm smell of a man's satisfied desire, in the reassuring arms of my lover, sleep.

The third time I woke alone, beyond the touch of love or grief. The sight of the stones was fresh in my mind. A small circle, standing stones on the crest of a steep green hill. The name of the hill is Craigh na Dun; the fairies' hill. Some say the hill is enchanted, others say it is cursed. Both are right. But no one knows the function or the purpose of the stones.

Part One Through a Looking Glass, Darkly

Roger Wakefield stood in the center of the room, feeling surrounded. He thought the feeling largely justified, insofar as he was surrounded: by tables covered with bric-a-brac and mementos, by heavy Victorian-style furniture, replete with antimacassars, plush and afghans, by tiny braided rugs that lay on the polished wood, craftily awaiting an opportunity to skid beneath an unsuspecting foot. Surrounded by twelve rooms of furniture and clothing and papers. And the books—my God, the books!

The study where he stood was lined on three sides by bookshelves, every one crammed past bursting point. Paperback mystery novels lay in bright, tatty piles in front of calf-bound tomes, jammed cheek by jowl with book-club selections, ancient volumes pilfered from extinct libraries, and thousands upon thousands of pamphlets, leaflets, and hand-sewn manuscripts.

A similar situation prevailed in the rest of the house. Books and papers cluttered every horizontal surface, and every closet groaned and squeaked at the seams. His late adoptive father had lived a long, full life, a good ten years past his biblically allotted threescore and ten. And in eighty-odd years, the Reverend Mr. Reginald Wakefield had never thrown anything away.

Roger repressed the urge to run out of the front door, leap into his Morris Minor, and head back to Oxford, abandoning the manse and its contents to the mercy of weather and vandals. Be calm, he told himself, inhaling deeply. You can deal with this. The books are the easy part; nothing more than a matter of sorting through them and then calling someone to come and haul them away. Granted, they'll need a lorry the size of a railcar, but it can be done. Clothes—no problem. Oxfam gets the lot.

He didn't know what Oxfam was going to do with a lot of vested black serge suits, circa 1948, but perhaps the deserving poor weren't all that picky. He began to breathe a little easier. He had taken a month's leave from the History department at Oxford in order to clear up the Reverend's affairs. Perhaps that would be enough, after all. In his more depressed moments, it had seemed as though the task might take years.

He moved toward one of the tables and picked up a small china dish. It was filled with small metal rectangles; lead "gaberlunzies," badges issued to eighteenth-century beggars by parishes as a sort of license. A collection of stoneware bottles stood by the lamp, a ramshorn snuff mull, banded in silver, next to them. Give them to a museum? he thought dubiously. The house was filled with Jacobite artifacts; the Reverend had been an amateur historian, the eighteenth century his favorite hunting ground.

His fingers reached involuntarily to caress the surface of the snuff mull, tracing the black lines of the inscriptions—the names and dates of the Deacons and Treasurers of the Incorporation of Tailors of the Canongate, from Edinburgh, 1726. Perhaps he should keep a few of the Reverend's choicer acquisitions…but then he drew back, shaking his head decidedly. "Nothing doing, cock," he said aloud, "this way lies madness." Or at least the incipient life of a pack rat. Get started saving things, and he'd end up keeping the lot, living in this monstrosity of a house, surrounded by generations of rubbish. "Talking to yourself, too," he muttered.

The thought of generations of rubbish reminded him of the garage, and he sagged a bit at the knees. The Reverend, who was in fact Roger's great-uncle, had adopted him at the age of five when his parents had been killed in World War II; his mother in the Blitz, his father out over the dark waters of the Channel. With his usual preservative instincts, the Reverend had kept all of Roger's parents' effects, sealed in crates and cartons in the back of the garage. Roger knew for a fact that no one had opened one of those crates in the past twenty years.

Roger uttered an Old Testament groan at the thought of pawing through his parents' memorabilia. "Oh, God," he said aloud. "Anything but that!"

The remark had not been intended precisely as prayer, but the doorbell pealed as though in answer, making Roger bite his tongue in startlement.

The door of the manse had a tendency to stick in damp weather, which meant that it was stuck most of the time. Roger freed it with a rending screech, to find a woman on the doorstep.

She was middle height and very pretty. He had an overall impression of fine bones and white linen, topped with a wealth of curly brown hair in a sort of half-tamed chignon. And in the middle of it all, the most extraordinary pair of light eyes, just the color of well-aged sherry.

The eyes swept up from his size-eleven plimsolls to the face a foot above her. The sidelong smile grew wider. "I hate to start right off with a cliché," she said, "but my, how you have grown, young Roger!"

Roger felt himself flushing. The woman laughed and extended a hand. "You are Roger, aren't you? My name's Claire Randall; I was an old friend of the Reverend's. But I haven't seen you since you were five years old."

"Er, you said you were a friend of my father's? Then, you know already.…"

The smile vanished, replaced by a look of regret.

"Yes, I was awfully sorry to hear about it. Heart, was it?"

"Um, yes. Very sudden. I've only just come up from Oxford to start dealing with…everything." He waved vaguely, encompassing the Reverend's death, the house behind him, and all its contents.

"From what I recall of your father's library, that little chore ought to last you 'til next Christmas," Claire observed.

"In that case, maybe we shouldn't be disturbing you," said a soft American voice.

"Oh, I forgot," said Claire, half-turning to the girl who had stood out of sight in the corner of the porch. "Roger Wakefield—my daughter, Brianna."

Brianna Randall stepped forward, a shy smile on her face. Roger stared for a moment, then remembered his manners. He stepped back and swung the door open wide, momentarily wondering just when he had last changed his shirt.

He waved the two women down the hall toward the Reverend's study, noting that as well as being moderately attractive, the daughter was one of the tallest girls he'd ever seen close-to. She had to be easily six feet, he thought, seeing her head even with the top of the hall stand as she passed. He unconsciously straightened himself as he followed, drawing up to his full six feet three. At the last moment, he ducked, to avoid banging his head on the study lintel as he followed the women into the room.

"I'd meant to come before," said Claire, settling herself deeper in the huge wing chair. The fourth wall of the Reverend's study was equipped with floor-to-ceiling windows, and the sunlight winked off the pearl clip in her light-brown hair. The curls were beginning to escape from their confinement, and she tucked one absently behind an ear as she talked.

"I'd arranged to come last year, in fact, and then there was an emergency at the hospital in Boston—I'm a doctor," she explained, mouth curling a little at the look of surprise Roger hadn't quite managed to conceal. "But I'm sorry that we didn't; I would have liked so much to see your father again."

Roger rather wondered why they had come now, knowing the Reverend was dead, but it seemed impolite to ask. Instead, he asked, "Enjoying a bit of sightseeing, are you?"

"Yes, we drove up from London," Claire answered. She smiled at her daughter. "I wanted Bree to see the country; you wouldn't think it to hear her talk, but she's as English as I am, though she's never lived here."

"Really?" Roger glanced at Brianna. She didn't really look English, he thought; aside from the height, she had thick red hair, worn loose over her shoulders, and strong, sharp-angled bones in her face, with the nose long and straight—maybe a touch too long.

"I was born in America," Brianna explained, "but both Mother and Daddy are—were—English."

"My husband died two years ago," Claire explained. "You knew him, I think—Frank Randall."

"Frank Randall! Of course!" Roger smacked himself on the forehead, and felt his cheeks grow hot at Brianna's giggle. "You're going to think me a complete fool, but I've only just realized who you are."

The name explained a lot; Frank Randall had been an eminent historian, and a good friend of the Reverend's; they had exchanged bits of Jacobite arcana for years, though it was at least ten years since Frank Randall had last visited the manse.

"So—you'll be visiting the historical sites near Inverness?" Roger hazarded. "Have you been to Culloden yet?"

"Not yet," Brianna answered. "We thought we'd go later this week." Her answering smile was polite, but nothing more.

"We're booked for a trip down Loch Ness this afternoon," Claire explained. "And perhaps we'll drive down to Fort William tomorrow, or just poke about in Inverness; the place has grown a lot since I was last here."